They Told Us To Date The Same Race

A YOUNG couple want to tackle the judgement their interracial relationship has provoked from friends, family and strangers

Angel Nguyen, 29, and Donny Nguyen, 33, are in an AMBW relationship – which stands for Asian Men Black Women, referring to interracial coupling.

They have been together for six years after meeting through their old job at Walmart. The couple then eloped nearly four years ago.

Donny told Barcroft TV: “The most challenging aspect of being in an AMBW relationship is the judgement we face from everyone – I get looks and Angel gets stares.”

“At the beginning, it was very unnerving for the whole room to turn and look when you both walk in because they’re looking at your relationship.” said Angel.

Donny added: “You can’t be prepared for it because you’re not expecting people to care.”

Angel faced some harsh criticism from her friends due to her attraction for Donny.

She said: “I pretty much lost all my friends when I got together with Donny – we didn’t argue, we didn’t have a discussion, they just stopped talking to me.

“They were around for all the bad guys and they didn’t stick around for this relationship.”

Angel’s friends even went as far as trying to set her up with other men in the early days of her relationship with Donny.

She said: “I dated black guys before but I’ve always been open to dating any race of men – it didn’t matter as long as they’re a good person, Donny is my first and my favourite.”

Although Angel’s sisters liked Donny, they couldn’t help but feel strange about her choice.

“I remember my sister remarking, ‘I like Donny, he’s really cool – but I kind of see you with a muscular black guy!’

“I remember telling them he’s the one who makes me happy and makes me feel good about myself.” Angel added.

Donny’s family, however, took a little more convincing to get on board with their relationship, and neither of them were prepared for how his family would react.

“My mum was surprised at first, it took her a little while – there’s definitely some rift because of the dynamics of our Asian family,” Donny said.

Angel added: “I didn’t really understand what was going on – is it because I’m black?”

Donny said the hesitation was due to jealousy more than anything.

“All she has is her children and to see her kids leave the nest was really hard for her.”

The couple’s elopement didn’t help ease the tension between the family, but this didn’t stop them from trying to win over Donny’s mum.

Johnson, Donny’s brother, stepped up to offer support and advice on how to help them heal the rift.

Johnson told Barcroft TV: “I met Angel three years ago, after they got married. I’d have liked to have gone to the wedding, but Donny’s always kind of done his own thing.

“They’ve come a long way as far as their love for one another and that’s all that matters.”

In order to tackle the judgement, Angel and Donny began vlogging to share their experiences and challenge the pre-conceived notions of AMBW relationships.

Taking on personal subjects such as sex and intimacy, they hoped to change the way people think.

Generalisations such as Asian men not liking curvy women or Asian men not being able to handle the ‘extra’, were not out of the ordinary in the comments section.

“It can be unnerving and invasive how people can come up to you and say mean things,” says Angel.

Donny added: “People can see that we are a genuine couple and that’s what we are trying to showcase.

“Love can be on the opposite sides of the world and as long as the love is authentic then the colour of your skin is just something to look at.”

Angel said: “It’s how we feel that matters the most and not the outside. 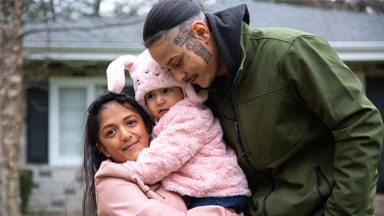 I’m Judged Because My Girlfriend Is 3ft 10 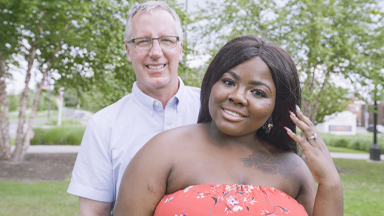 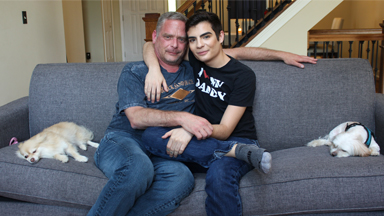 He’s Not My Dad, He’s My Boyfriend

They Told Us To Date The Same Race