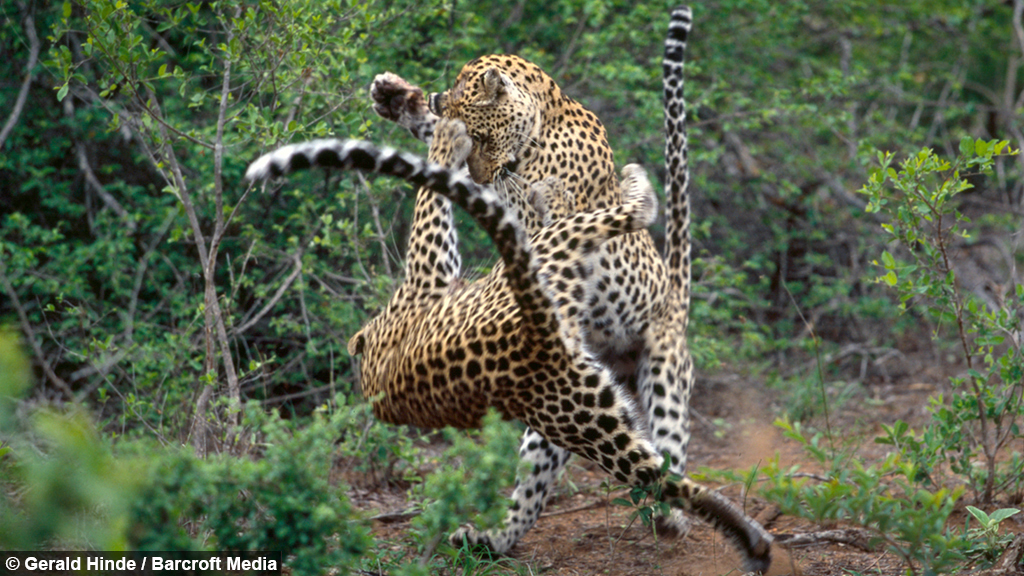 The young leopard even jumped on its mother's back, causing her to bare her teeth as a warning.

But after having her patience pushed to the brink, the mother lashed-out at her hapless offspring.

South African wildlife photographer Gerald Hinde captured the scene on one of his regular visits to the park.

The 71-year-old, who lives in Johannesburg, said: "The mother had been away for six days and snarled at the cub on her return.

"She was actually leading the cub to a kill.

"Leopards will often play or fight, but sometimes this gets more vicious."

Gerald followed the two animals through the Sabi Sand Game Reserve area of the park.

When the mother finally lost her temper she stood up on her hind-legs and took a heavy swipe at the cub.

The photos were taken in January of this year, but have emerged as Gerald is working on a new coffee table book of his wildlife images. 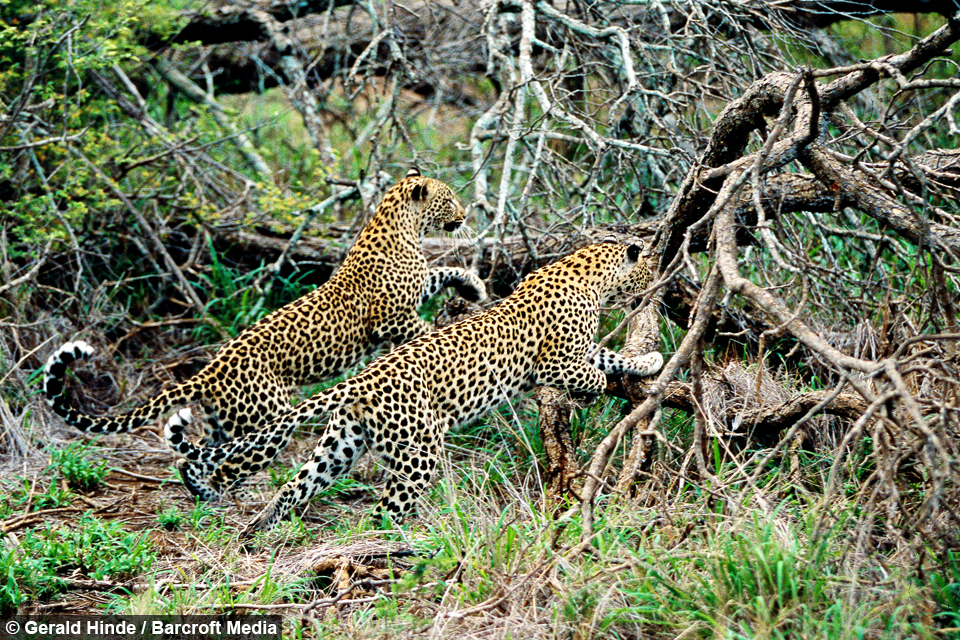 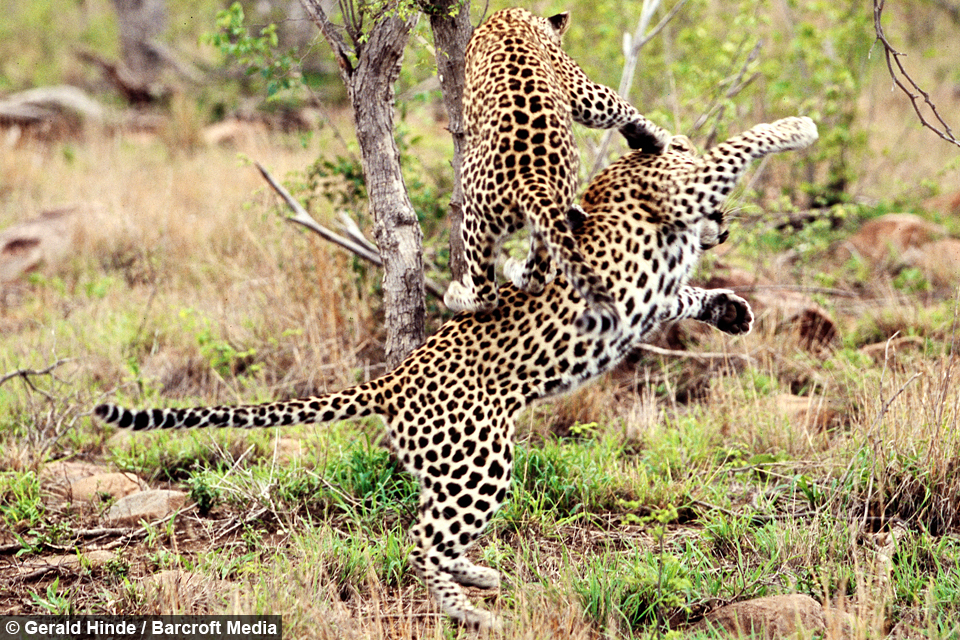 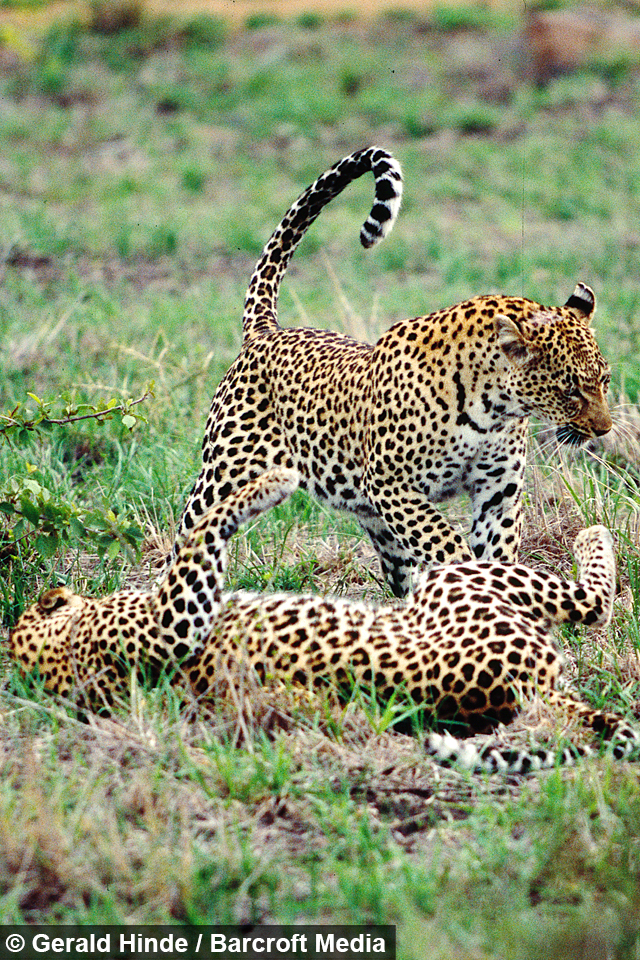 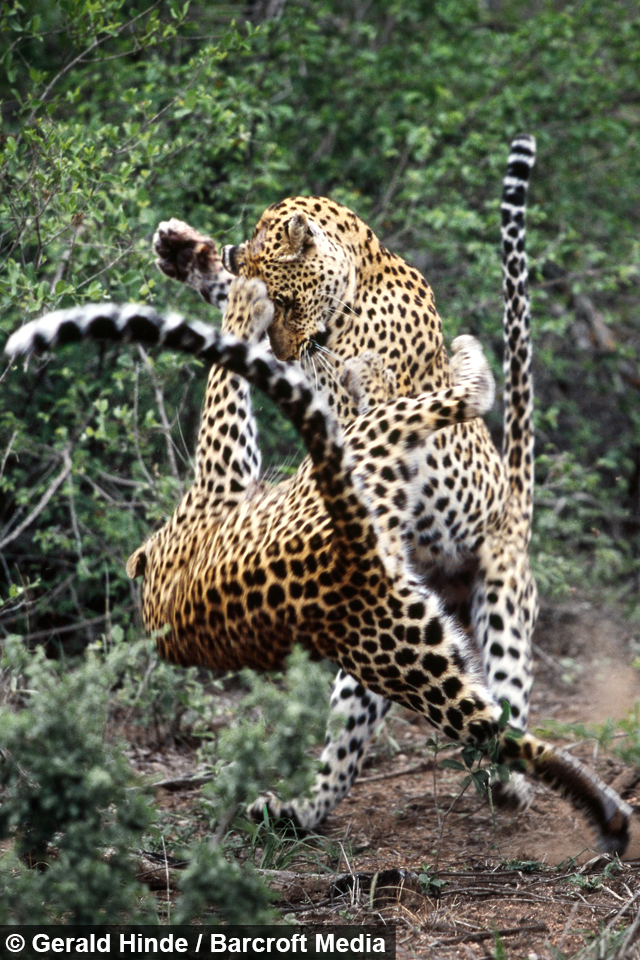 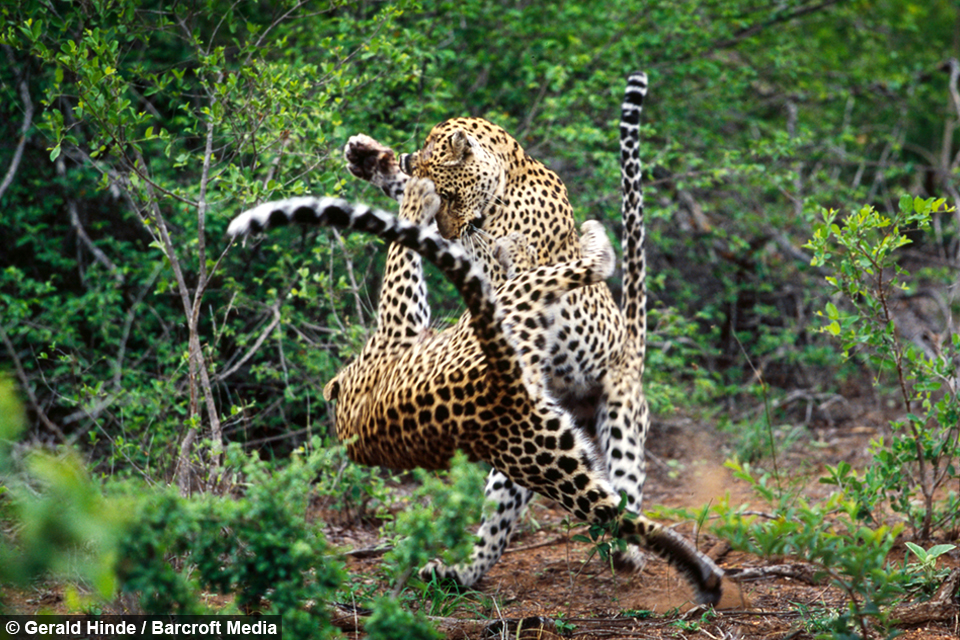 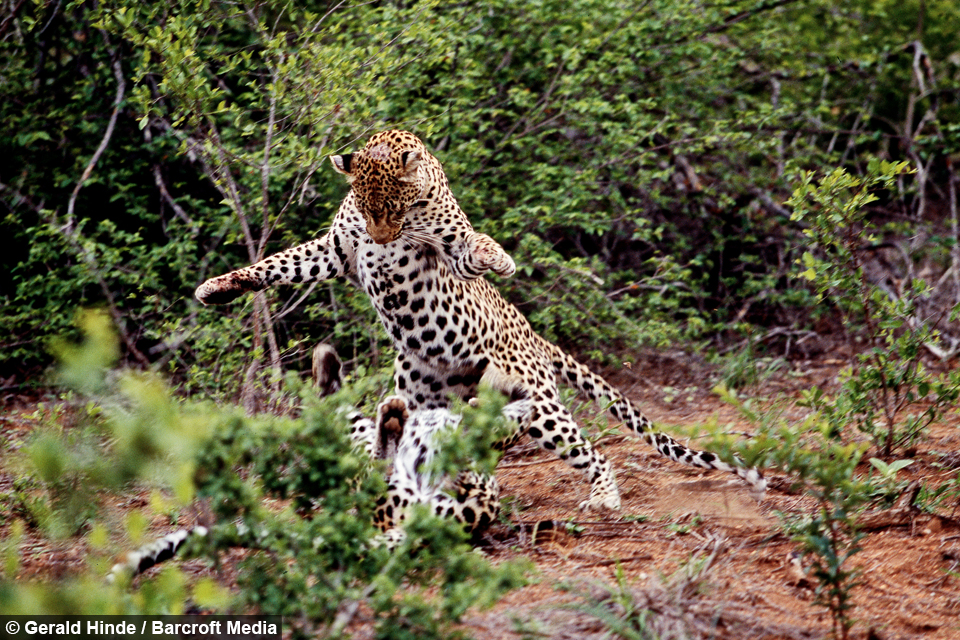