Madan Lal, 45, from Haryana in India was born without arms but learnt to adapt to the demands of everyday life by using his feet.

He explained: “I was born without arms but that didn't bother me during my childhood. My grandparents used to take care of me and help me with daily chores.”

But Madan did encounter prejudice towards his disability outside of his family circle.

He said: “When I was young almost every school denied me admission because of my disability. The teachers refused to admit me into the school.

“I was disappointed and thought that I will show them by achieving something.

"My family couldn’t afford to educate me, and I thought that the government wouldn’t help me either. So I’ll have to do something to survive in this life."
And so, at the age of 23, Madan decided to take up tailoring, but found it very difficult to get any training.

He said: "I went to many places and met many tailors. I requested them to train so that I can earn out of it. But all of them laughed at me.

“They said I could not make clothes without arms. It’s not possible. I can’t ever run a stitching machine. They sent me back to my village.”

So a determined Lal decided to travel to Fatehabad and search for a tailor who was willing to train him.

He said: “I went to Fatehabad to learn stitching from a tailor. He initially refused to teach me. He said, ‘You don’t have any arms, how would you do stitching?’

“I said, ‘Just give me one chance’. He said okay and within 10 to 15 days my teacher started saying, ‘You will become successful.’ And I became very happy.”

Within a year, proud Madan had learned the art of tailoring and had opened a shop in his village. The impact on his life was immediate.
He said: “That day I forgot all the sufferings. It was the best day of my life. I saw people coming to my shop to greet me. The whole village was happy, as if they were part of my family.”

But some potential customers were still initially dismissive of the idea of a man with no arms being able to stitch.

Lal said: “People used to make fun of me. They never believed that I would learn tailoring using my feet.

“They would say, ‘He stitches with his feet, he will ruin our clothes.’”

“Then I slowly started to win their confidence. And then a lot people started to come to me for stitching."

Madan now practices all the techniques of tailoring using his feet. He cuts the cloth by holding his scissors with them and also uses them to take measurements and operate his sewing machine.

Lal said: “Whatever I have to do in my life, it’s just with my feet. All the stitching work I do with my feet. From cutting the cloth to measurement, I have to use my feet.”

And now Madan’s talent has overcome even the most sceptical of his villagers, and his exploits have made him something of a local hero.

He said: “Some people said that I could ruin clothes because I stitch using my feet. Now everyone at our village comes to my shop for stitching their clothes.

That’s the love and support I got from people.”

“It’s not like the past anymore. I have won the confidence of everyone." 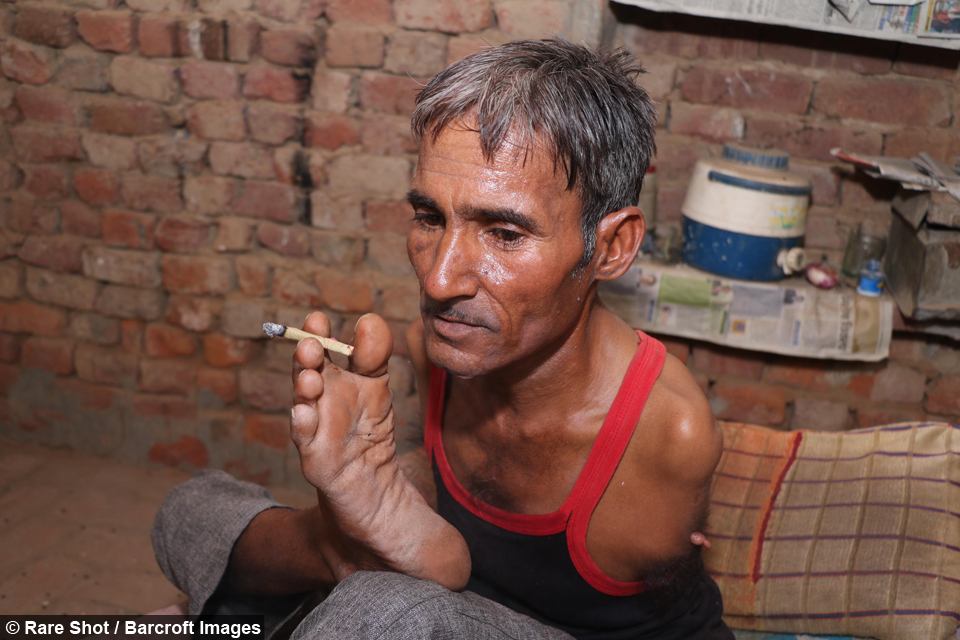 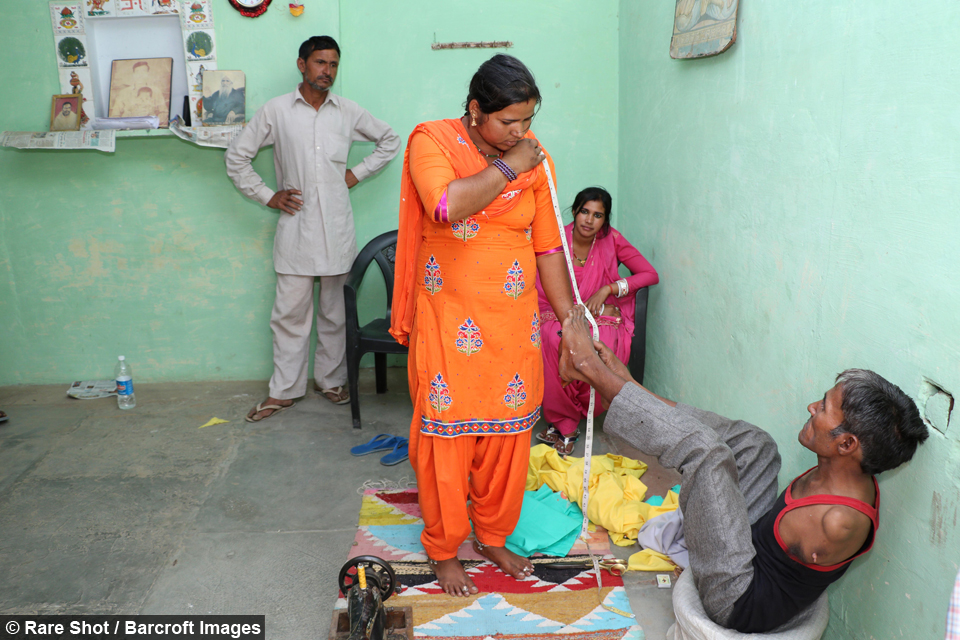 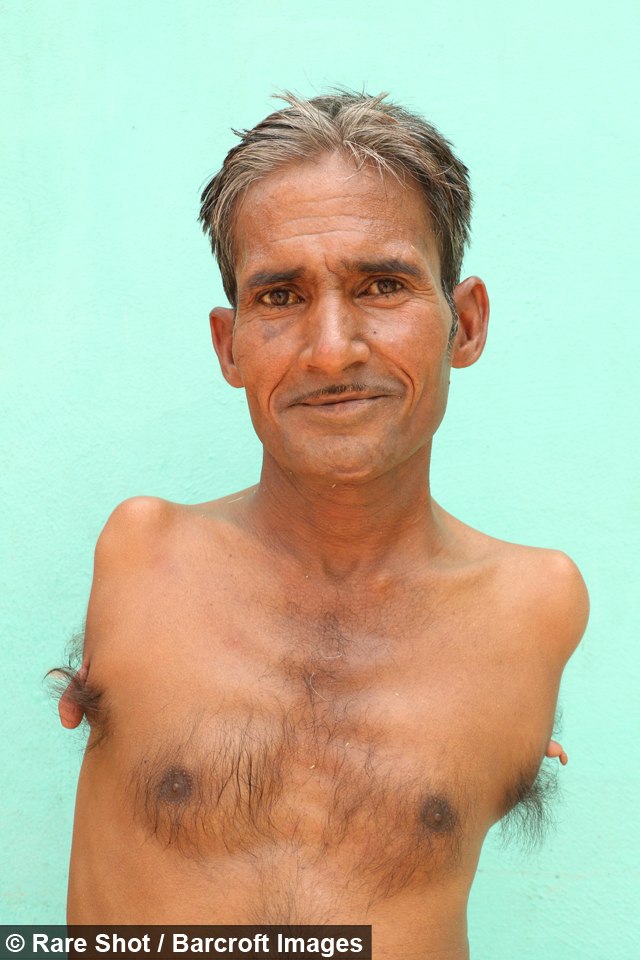 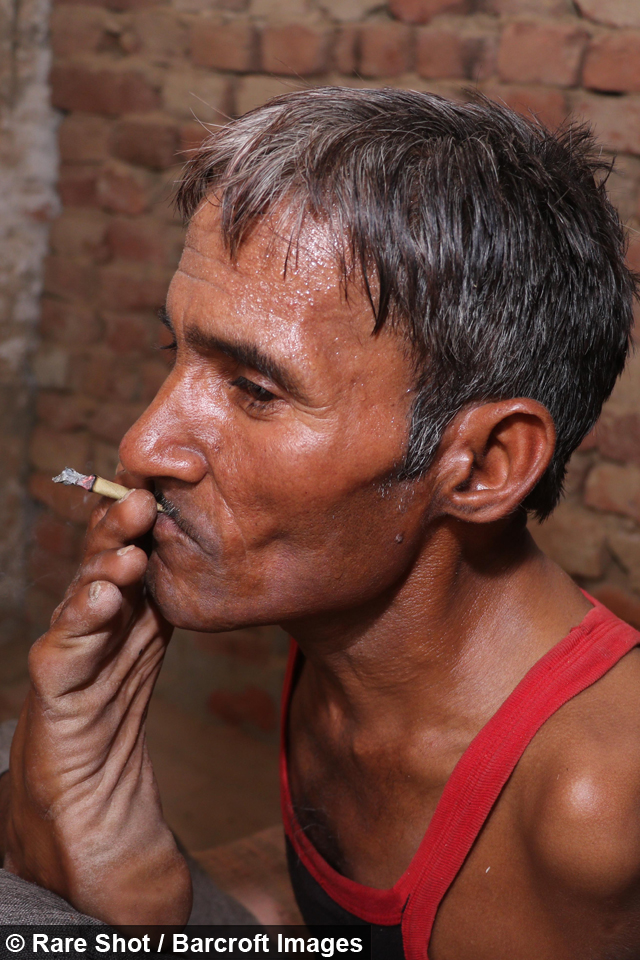 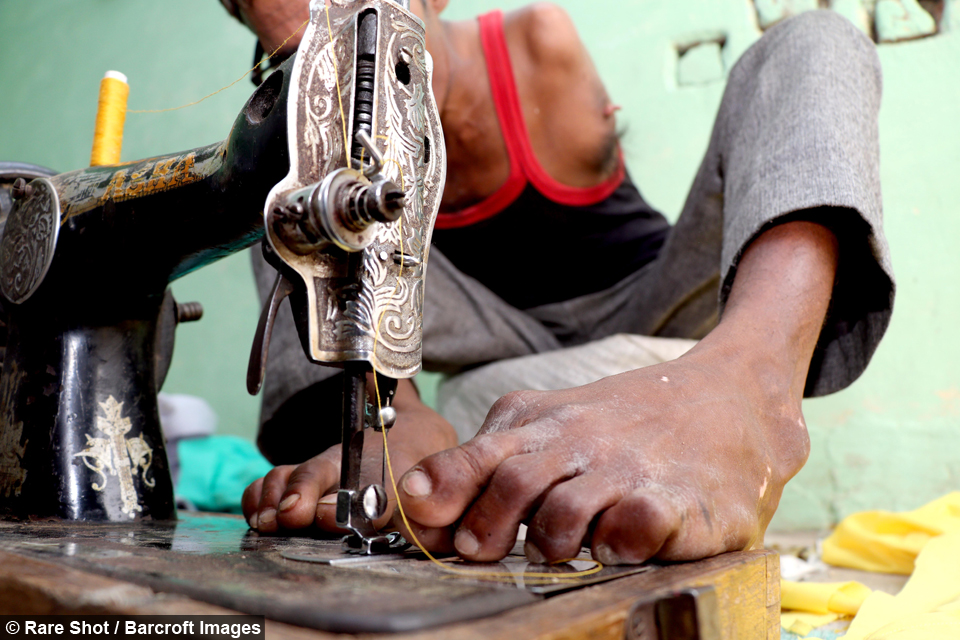 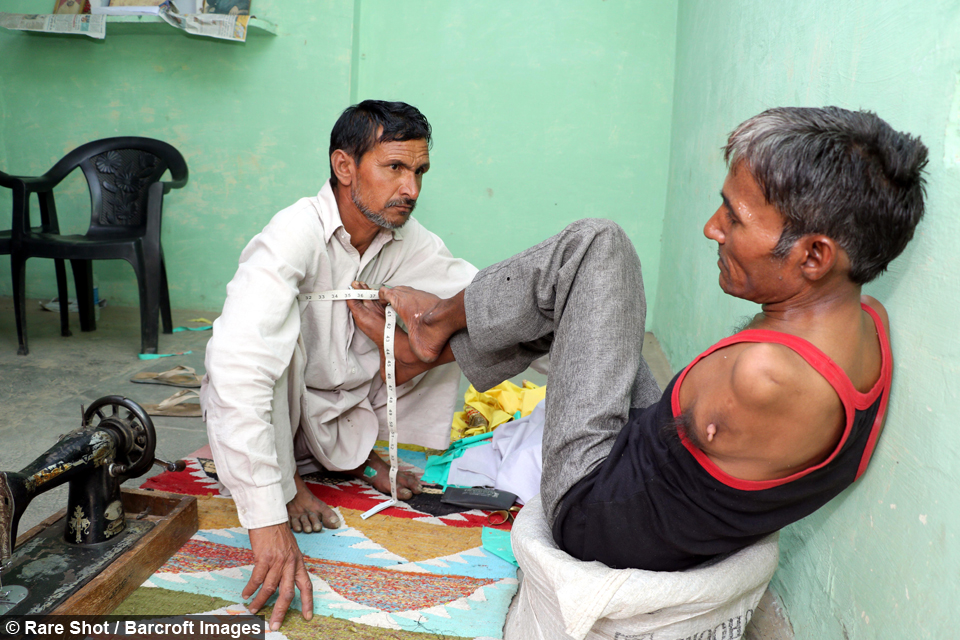 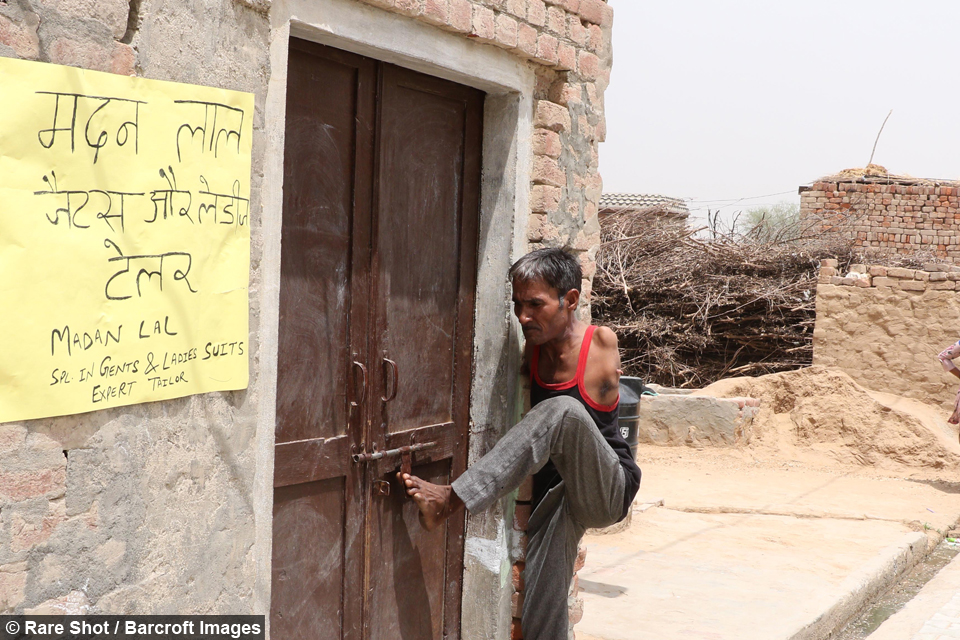