Coming Out Of Its Shell: Baby Rat Snake Emerges From Its Egg 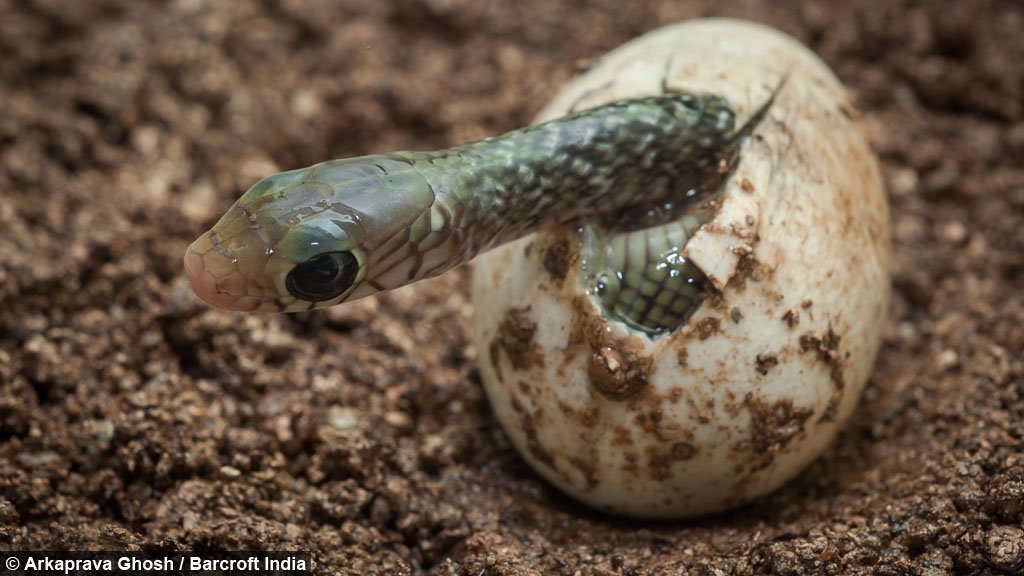 The tiny reptile took roughly eight hours to fully emerge after breaking the shell with its head.

India-based snake enthusiast Avrajjal Ghosh incubated the egg after finding it on a construction site.

The 24-year-old electrical engineering graduate, who lives in Kolkata, rescues snakes for a living.

He looked after the egg for three weeks before the baby snake finally emerged on Tuesday, October 22.

Avrajjal said: "I have been working with snakes like this for a few years now, and this is the first time something like this has happened in front of me.

"This is just amazing - to see a baby snake emerging from an egg."

Avrajjal found three rat snakes eggs on the construction site, and is still waiting for the other two to hatch.

The reptiles are constrictors and predominantly live on birds and rodents.

For a long time they were thought to be completely non-venomous, but studies have found that some contain small quantities of venom.

Coming Out Of Its Shell: Baby Rat Snake Emerges From Its Egg 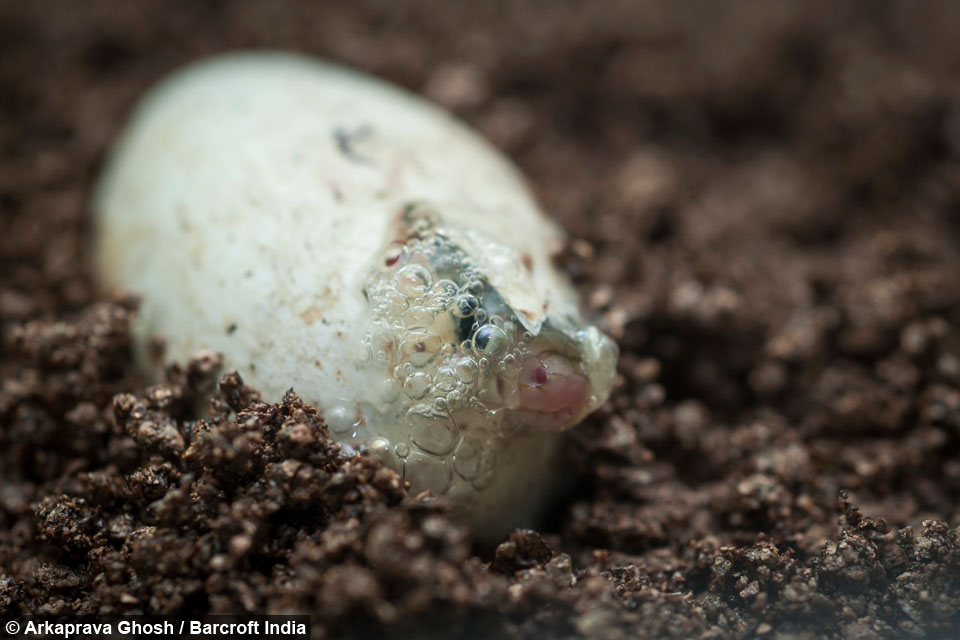 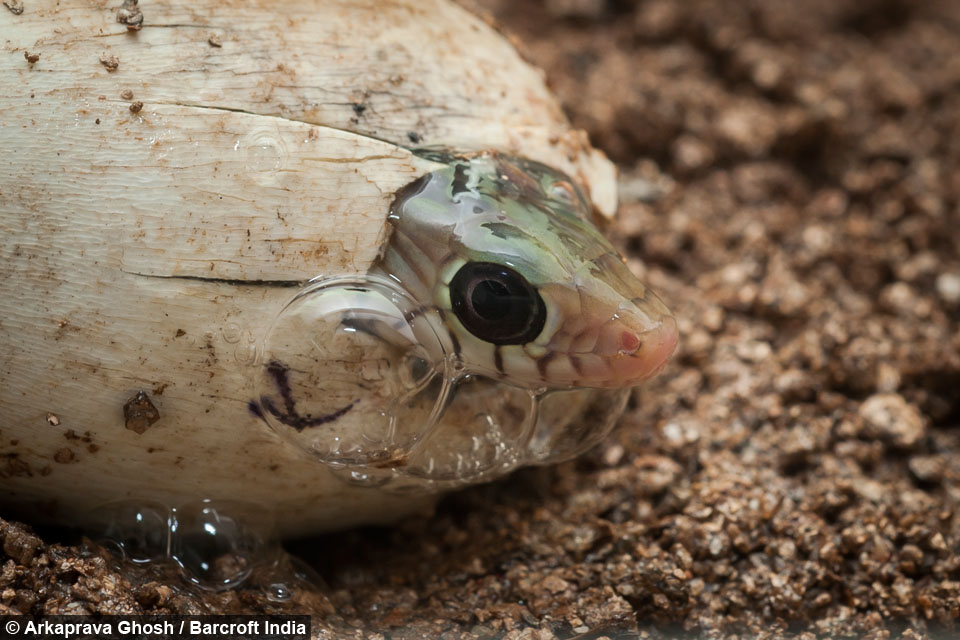 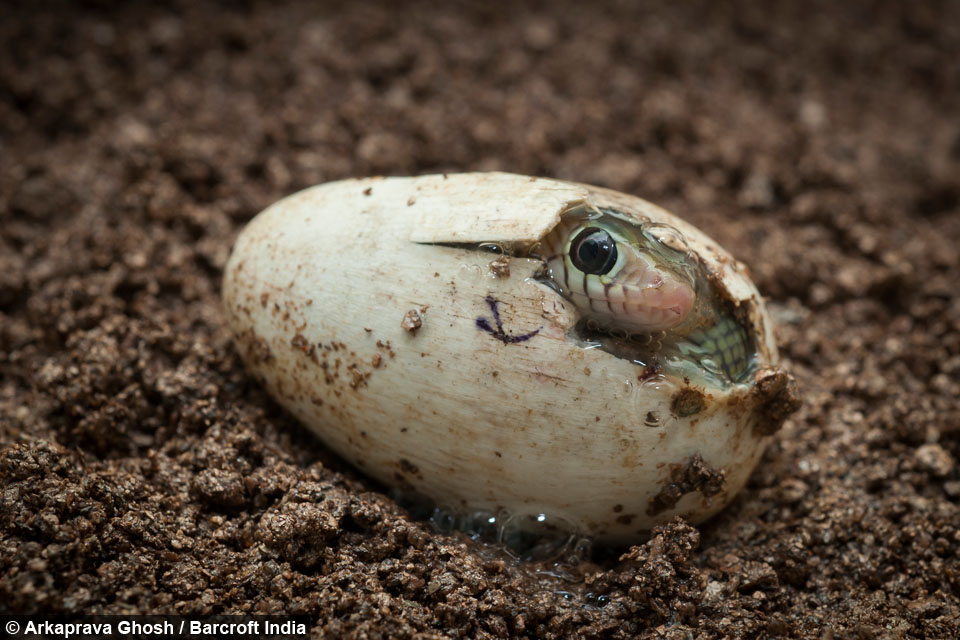 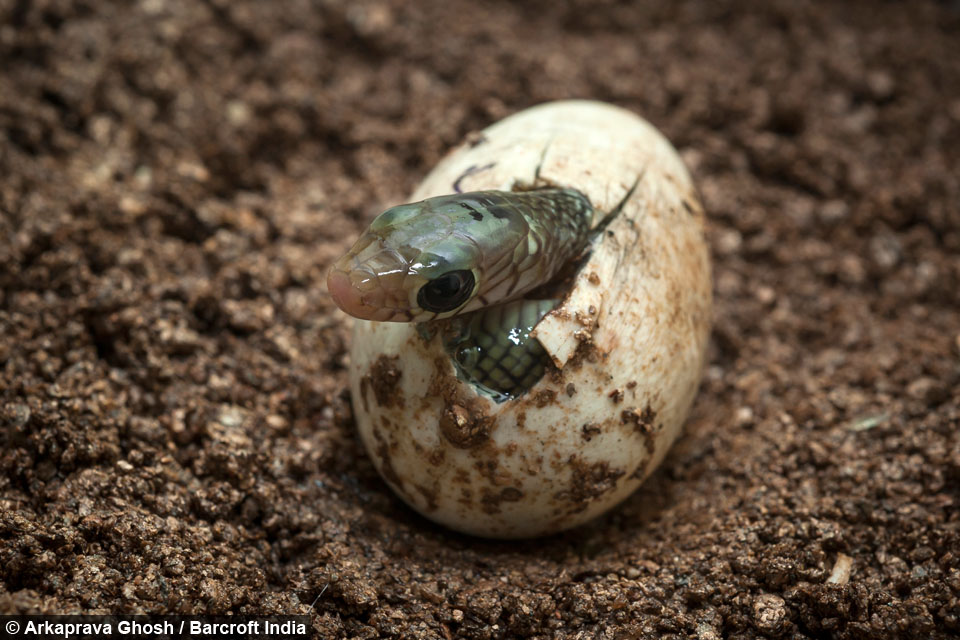 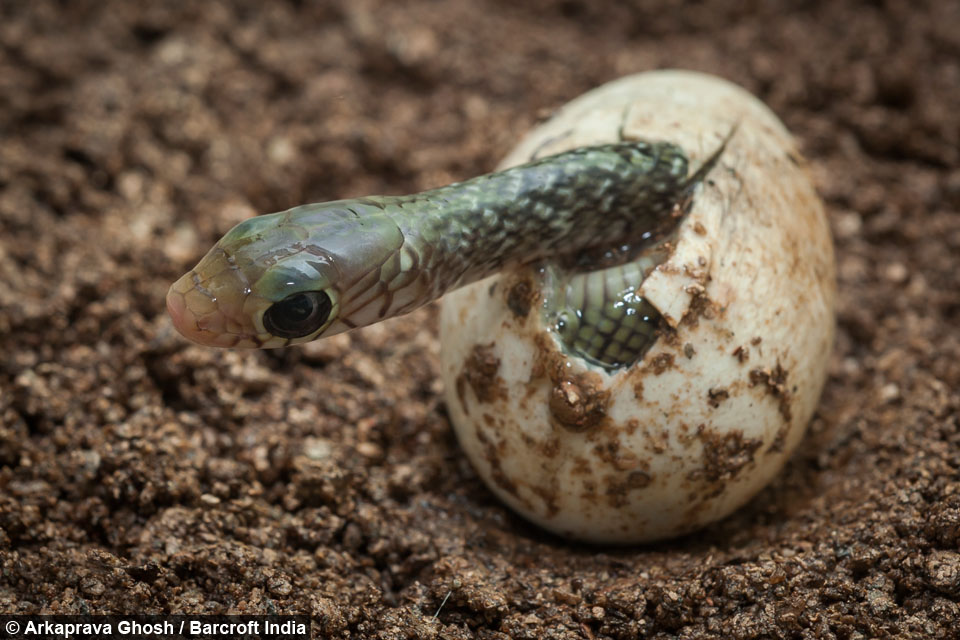