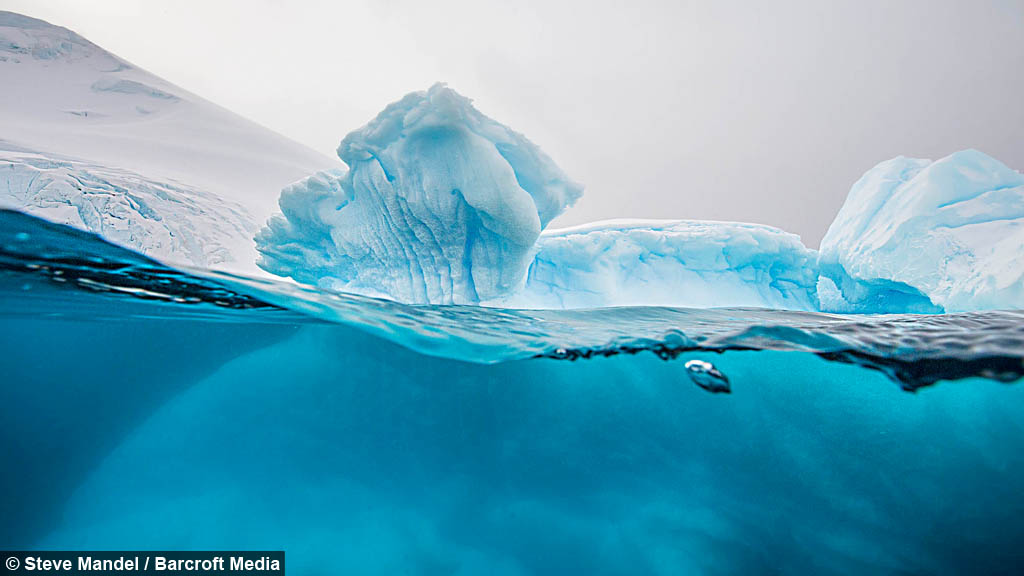 The colossal icebergs were formed tens of thousands of years ago and broke off from glaciers in the continent.

The California-based photographer placed his camera in underwater casing and lowered it into the ocean from a boat.

Light refracting off the ice gave the ocean a fresh blue glow in the images, and the water has a glass-like effect as it laps against the casing.

Steve designed a wireless broadcast unit which sent an image of what his camera was seeing to an iPad mini that was strapped to his wrist.

He was then able to remotely capture split-shots from his partially submerged camera.

Steve, 65, took the photos in November 2015, and said: "I was stunned myself at the beauty of the images.

"The deep blue colors are the result of light refracting through the ice.

"Most of these icebergs, which broke off from glaciers in Antarctica, were formed many thousands of years ago.

"Eventually, the air is completely squeezed out of the water.

"At that point the ice becomes crystal-clear.

"Before that time the ice becomes a very deep blue and it is beautiful to behold because the older deep blue portions of the iceberg are under the crystal clear water and easy to see.” 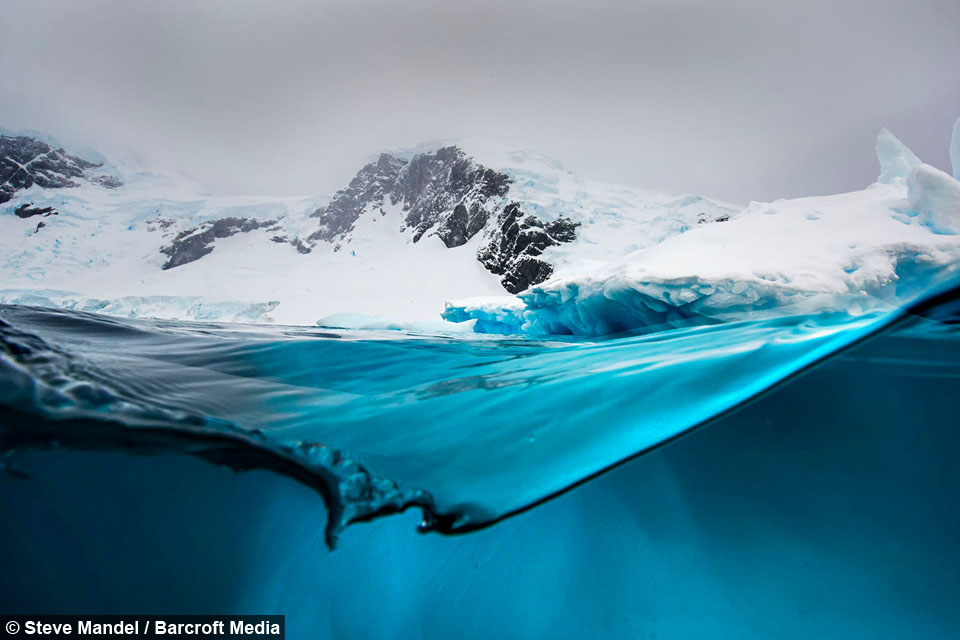 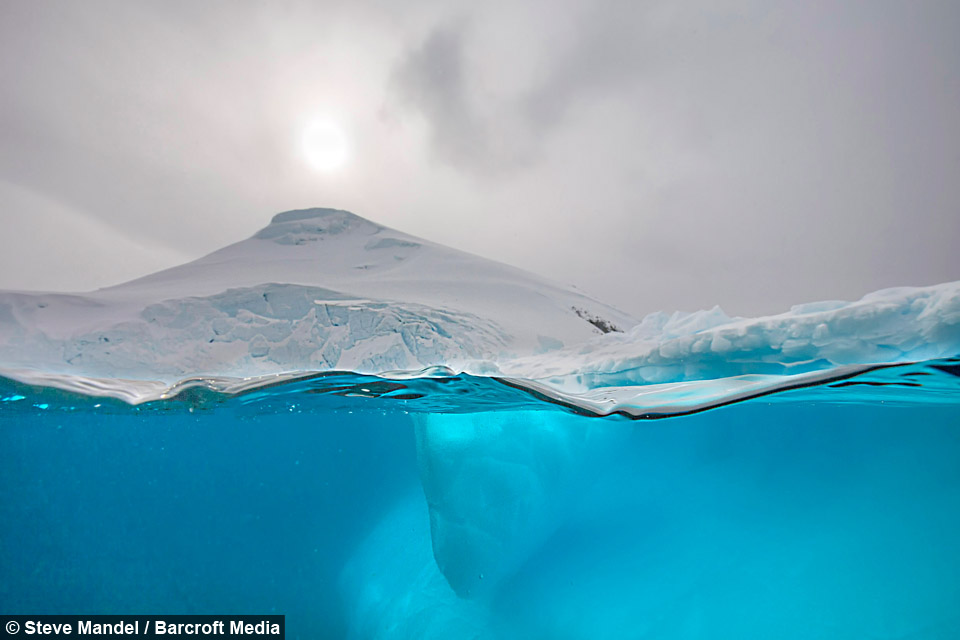 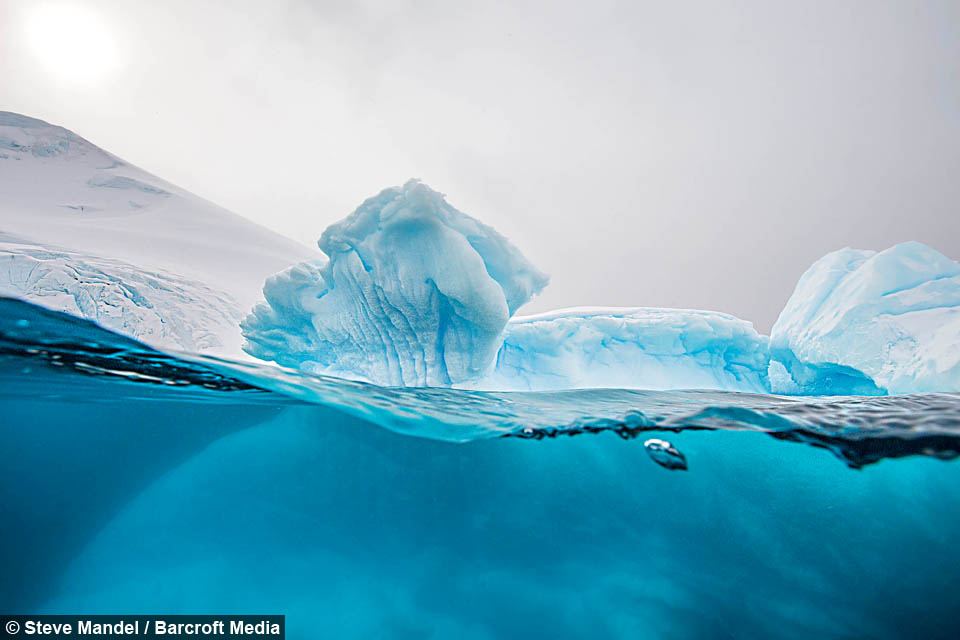 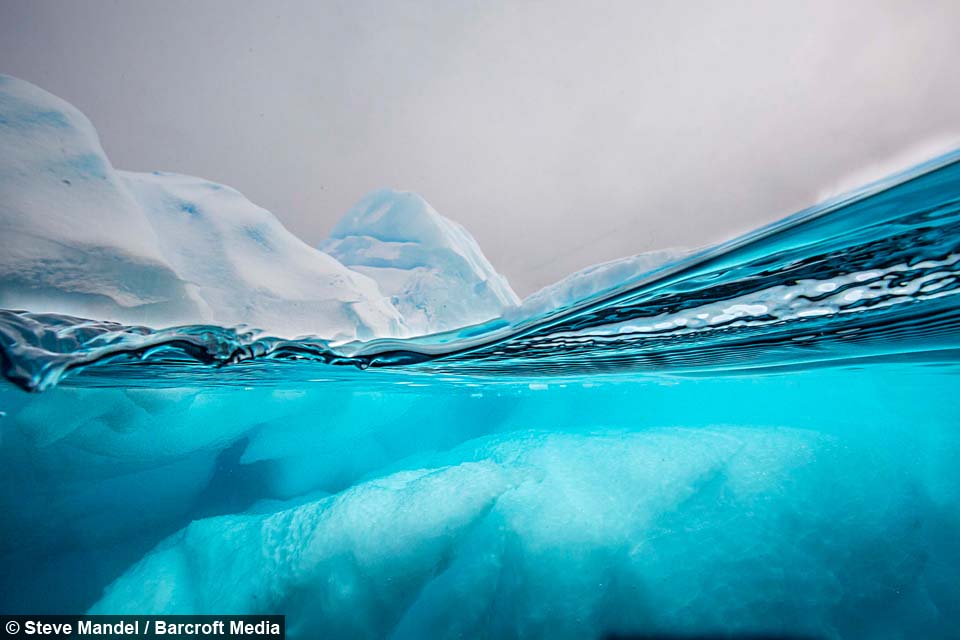 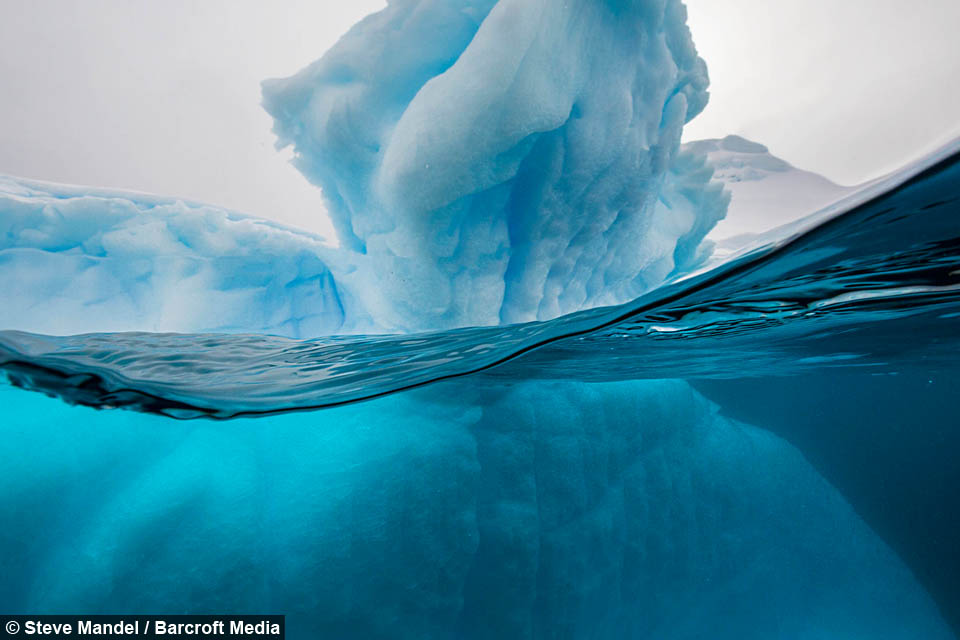