Too tall to walk: World's tallest girl bound to wheelchair

TOWERING at a staggering 7ft, Rumeysa Gelgi is the world’s tallest teenage girl 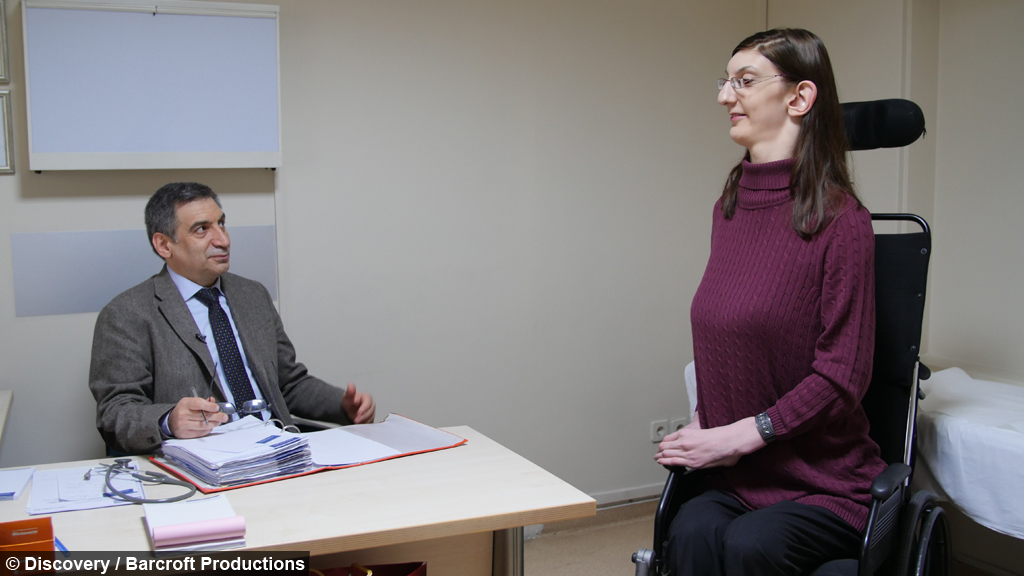 Hailing from Safranbolu, a small town in the north of Turkey, the 19-year-old always stood out from her friends growing up.

Rumeysa said: “I received long stares from people because I looked different and they were naturally curious about me.”

The teenager suffers from a rare condition called Weaver Syndrome - at the time of her birth in 1997 there had only been 20 reported cases.

People with the condition experience rapid growth from birth, as well as other health issues such as a lack of knee and elbow extension, making activities like walking or running very difficult.

She added: "I became aware of my health condition when I was about five or six years old. I started to wonder why I looked different from other kids of my age.”

As well as Weaver Syndrome, Rumeysa also suffers from scoliosis, a condition which has given her a curvature of the spine.

Due to her rapid growth, Rumeysa has issues getting around as her bones struggle to support her body and she relies on her parents’ help.

Her mother, Safiye Gelgi, gave birth to her six weeks prematurely as doctors noticed she was above average size even as a baby due to her condition.

Safiye said: “Rumeysa was a big baby at the very early stages of my pregnancy. My doctor told me that she was not a normal baby. Because of that she was born early at seven and a half months.”

Growing up Rumeysa’s condition became more apparent as she rapidly grew and had more distinct features.

“She was taller than normal. She had deep, raspy voice. Her hands and feet were big. She looked very unusual not like other babies.” Safiye added.

Despite her rare condition the tall teen remains upbeat thanks in part to her loving parents.

She said: ”As a child I questioned myself but I never felt unhappy. I overcome this with my parents’ help. They told me that this syndrome is was rare. Because of them I felt the most important person in the world.”

Rumeysa’s story appears in the first episode of a new series of Body Bizarre, which begins on TLC this Thursday (September 29th).

The episode also features Sambany from Madagascar, who has a tumour bigger than his head, and Jie, an orphan boy from China without a nose, who travels to the USA. 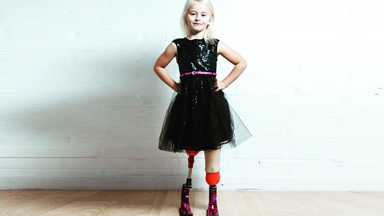 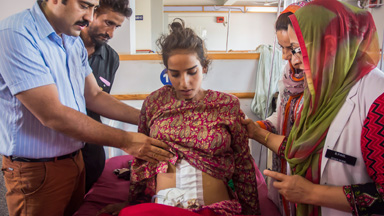 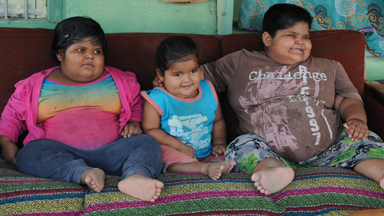 Too tall to walk: World's tallest girl bound to wheelchair 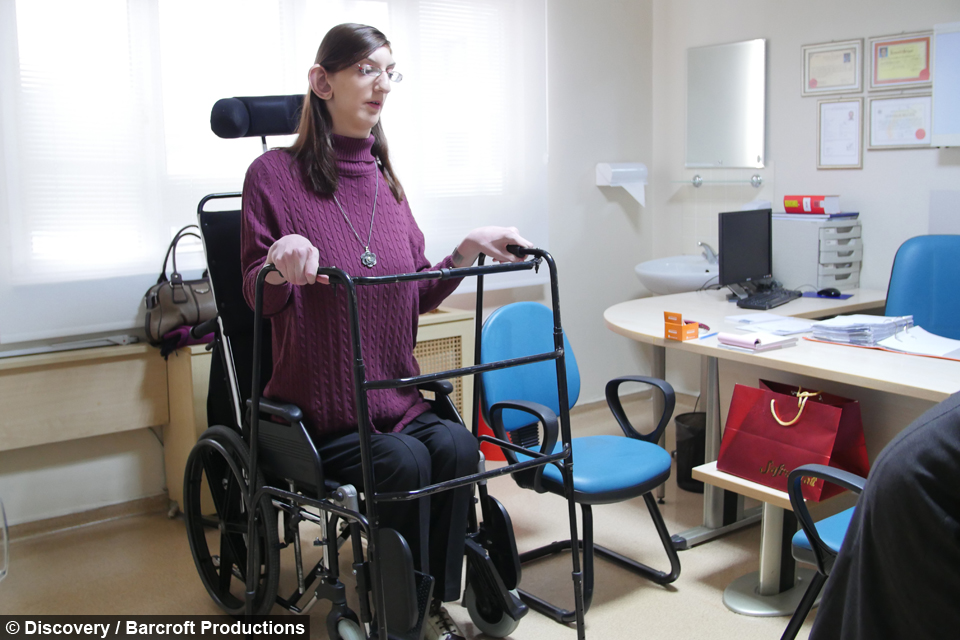 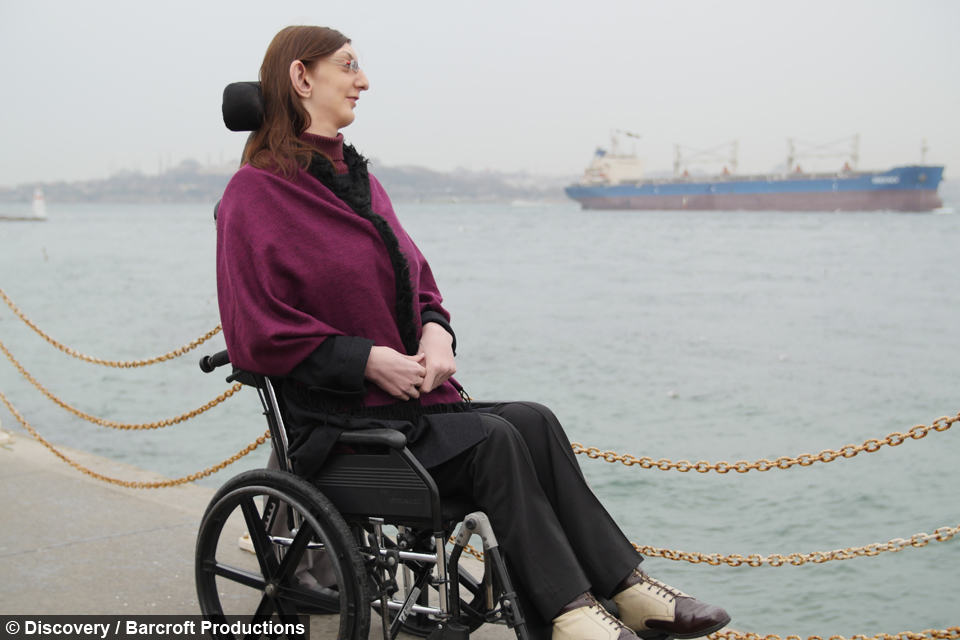 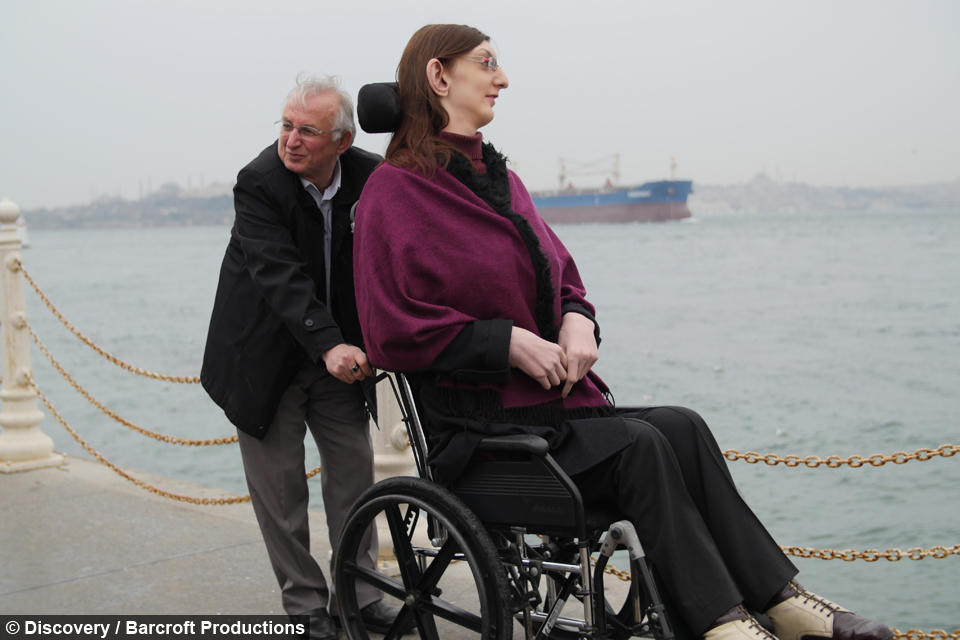 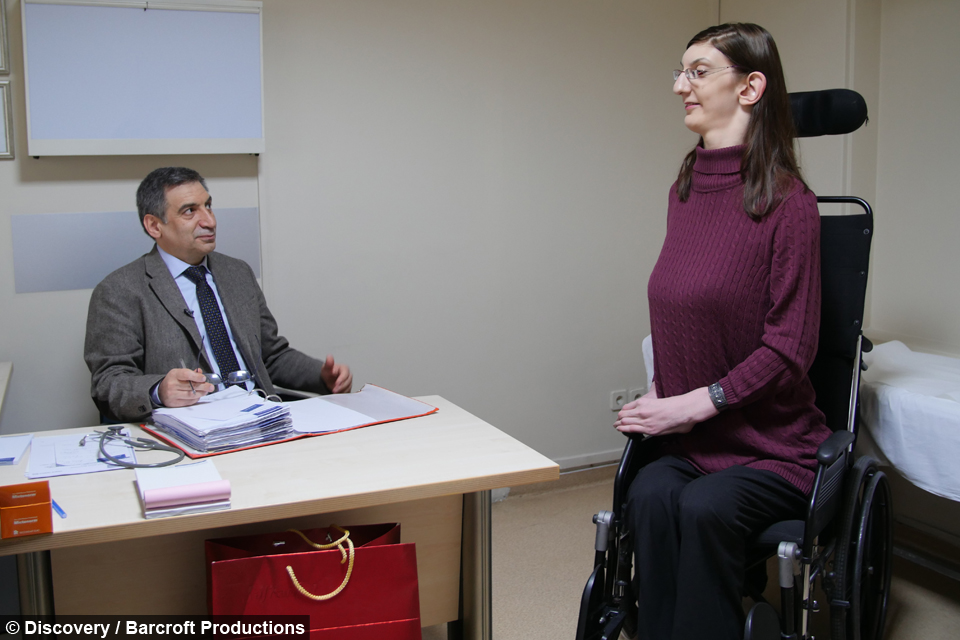 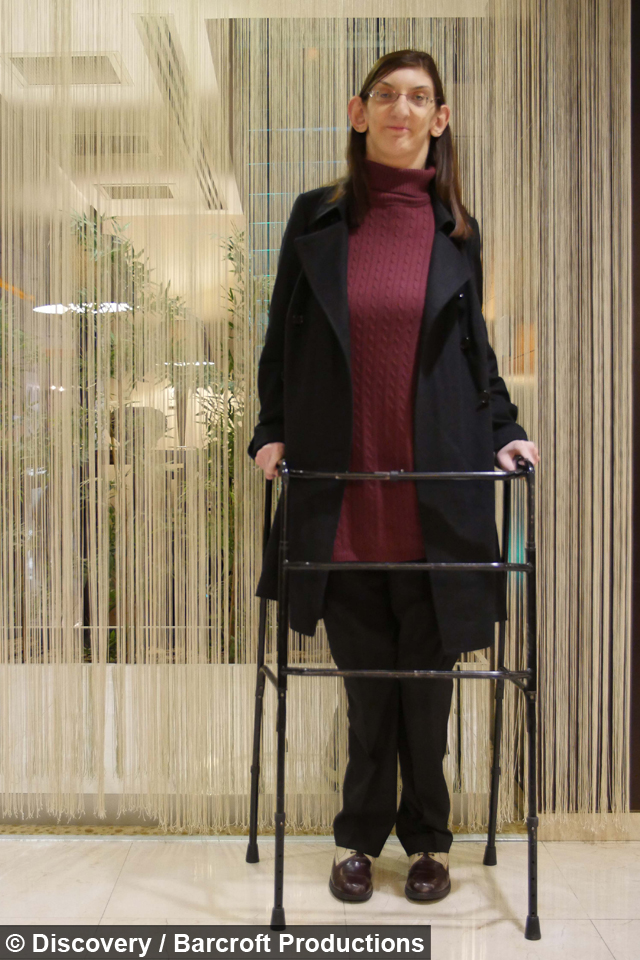 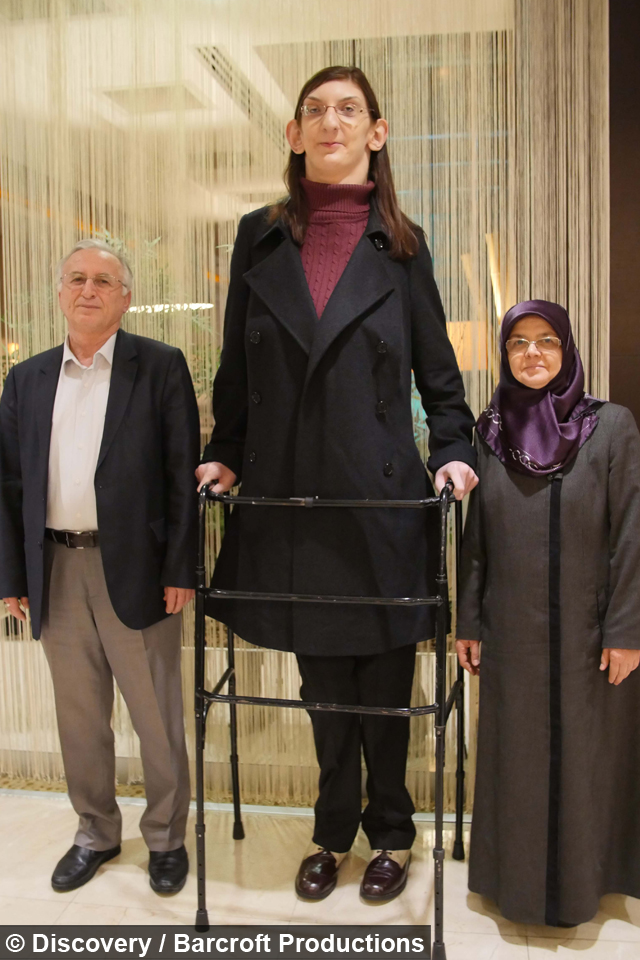