Using a drone to give an aerial view, wildlife photographer Mark Carwardine captured these magical moments in San Ignacio lagoon along the Pacific coast of Baja California, Mexico.

The enthusiastic animal lovers in the boat were also able to film their interactions with the grey whale mothers and their calves.

The tourists had the unique opportunity to pat and stroke the giant sea mammals, which came to greet the boats.

UK conservationist and zoologist Mark has been photographing wildlife for more than 35 years.

He said: “Just a couple of days in San Ignacio lagoon can be life-changing.

“To have a 40 foot whale willingly approach you and bring its enormous baby for a scratch and tickle is arguably one of the most uplifting and thrilling wildlife encounters on Earth.

“The grey whales literally lie alongside the small boats, calmly waiting to be petted.

“It’s incredible to think they can be so trusting given how only in the 1940s, whalers were coming into the same lagoon to hunt them.” 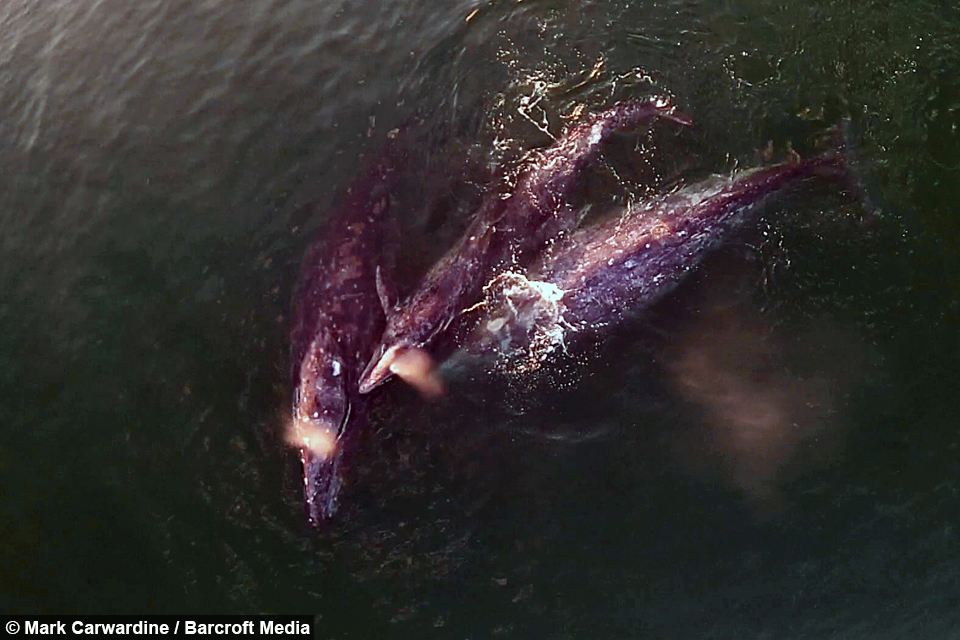 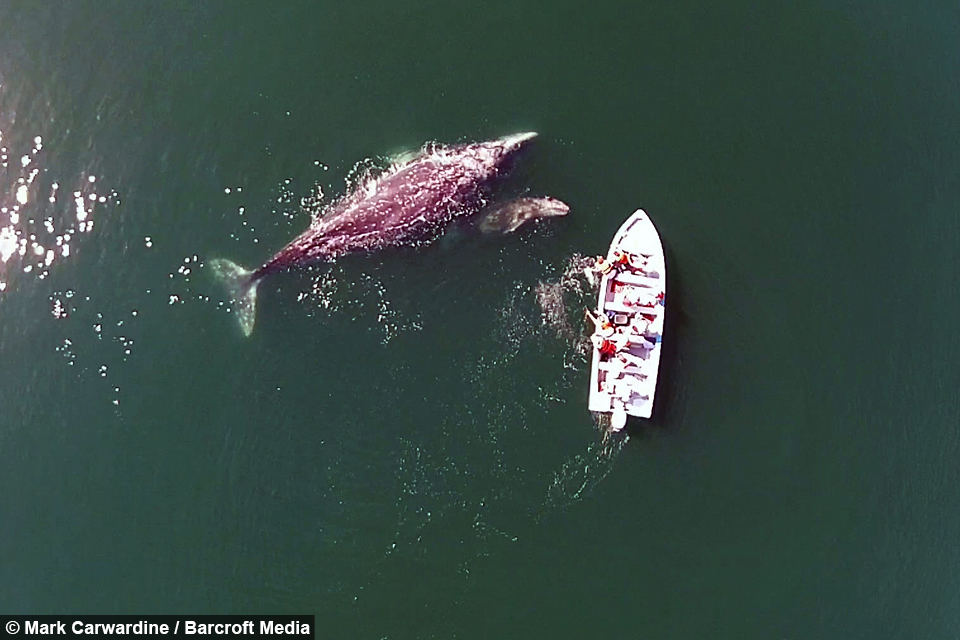 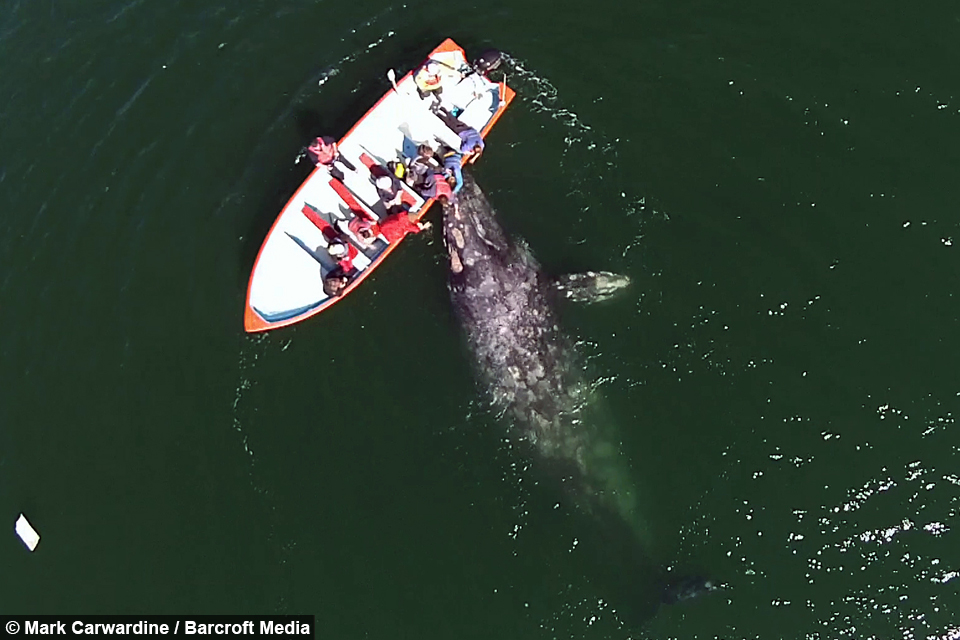 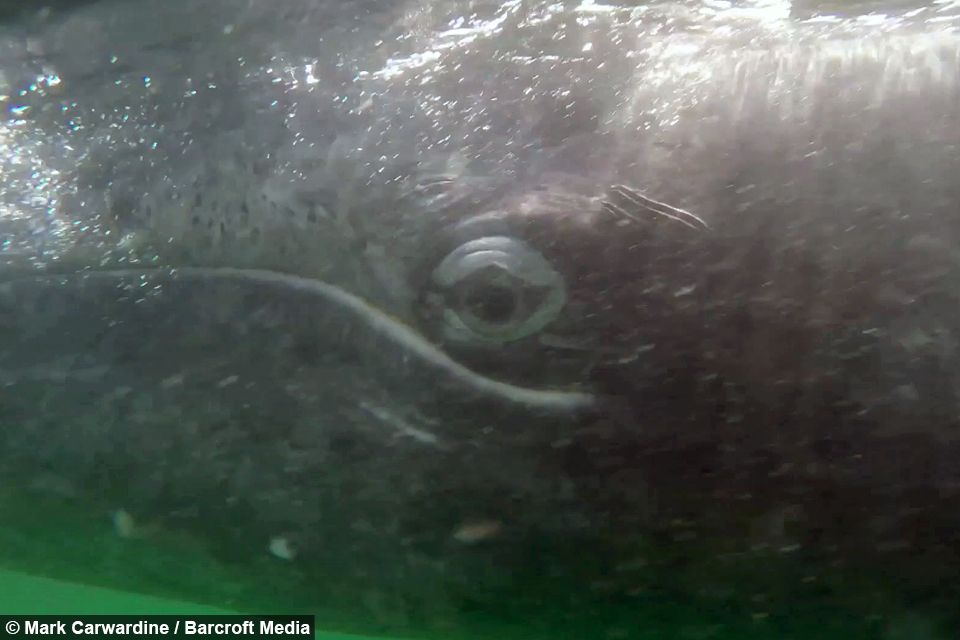 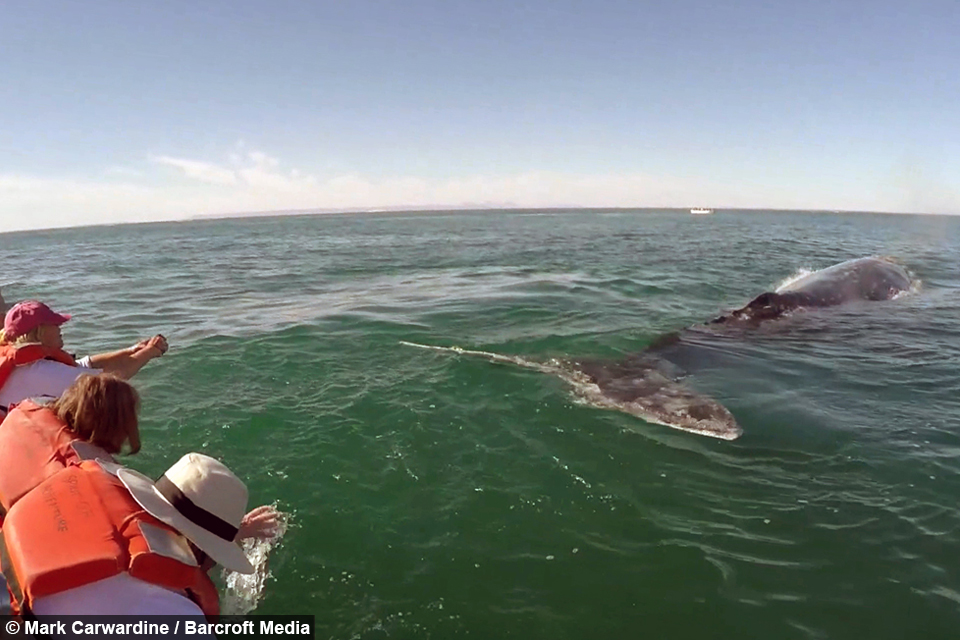 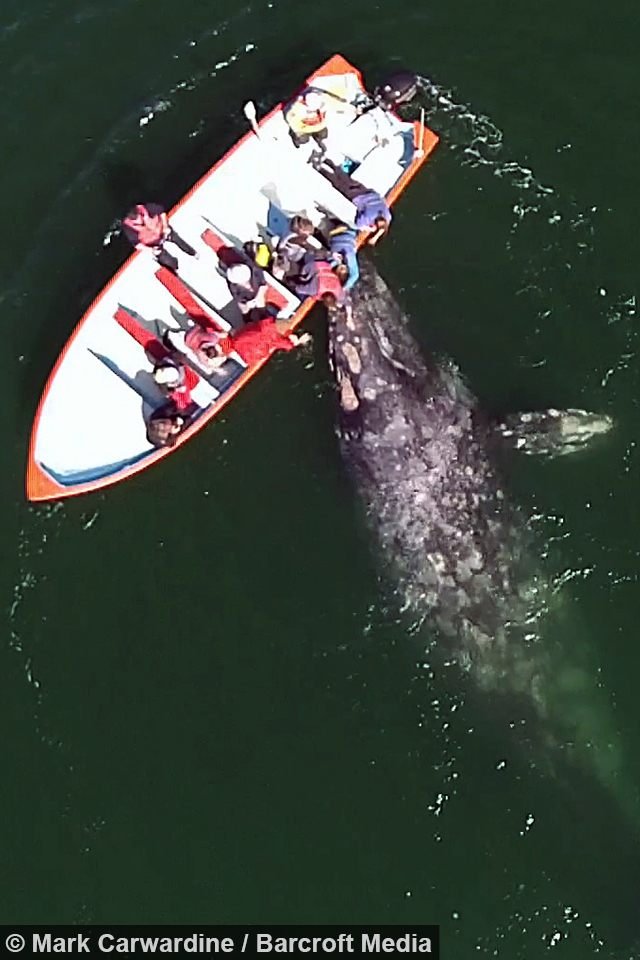 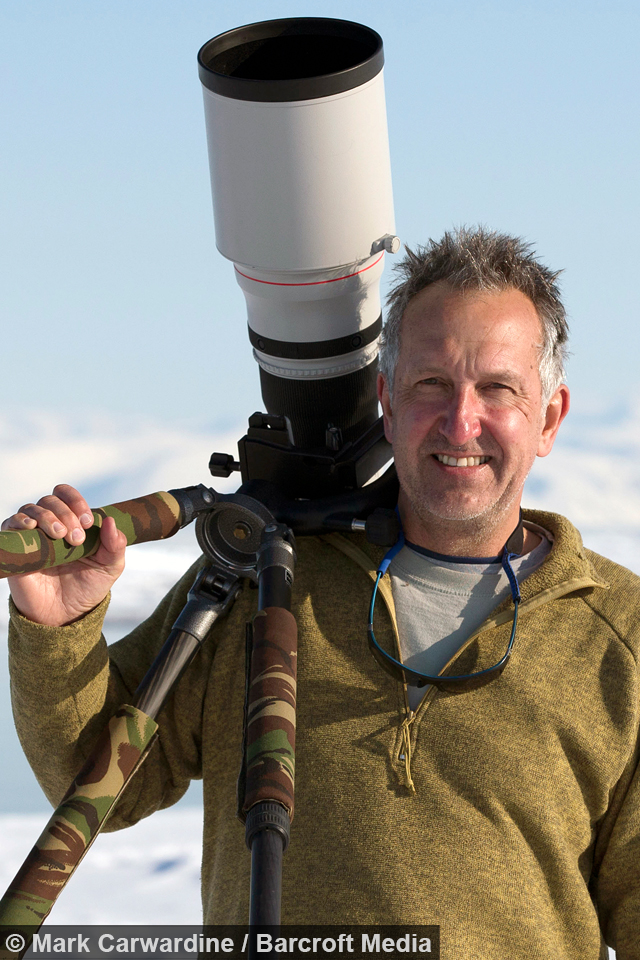