Mum with tumour covering her face is hoping for lifechanging surgery

A YOUNG mum with a large tumour growing from her eye is hoping for a normal life, as doctors try to find a way of removing it without risking her life

Nicoleta Leizeriuc, 28, from Mileanca, a small rural village in north east Romania, has lived with the benign tumour all her life.

The mother-of-two is set to undergo surgery to remove the growth, but doctors first need to chemically reduce its size to prevent heavy blood loss during the operation.

Nicoleta’s tumour has forced her to live as a recluse due to the constant ridicule she has faced from people in her village.

Surgery to remove the tumour would transform her life.

She said: “I can’t go into town or work or go to the kindergarten when there are parent meetings.

"I have to go the next day because there are some parents who do not like me."

Referring to the benefits of the surgery, she added: “I would have more courage to get out in the world. I wouldn’t stay alone.

"This is what I think it will change firstly.”

Despite being ostracised by her community, Nicoleta has a great support system in the form of her two little boys and her husband Aurel.

Aurel said: “I’m attached to her and she to me, she’s a very warm person to me. I found trust in her and we went forward together.”

A team of expert doctors has been put together at Timisoara’s County Emergency Hospital 414 miles away in the south west of the country, to come up with a plan to treat Nicoleta.

It will involve Nicoleta undergoing several 19 hours trips by overnight train to undergo a series of treatments.

Buried deep within the tumour is Nicoleta’s eyeball, surrounded by malformed blood vessels which are connected to her jaw and cheek, and these could burst.

Plastic surgeon Dr Zorin Crainiceanu said: "It’s impossible to cut the tumour off because the bleeding might kill the patient.”

Instead, the medical team will first seek to reduce the tumour by injecting chemical agents directly into it, which will make it smaller and easier to operate on.

"This is important because when we get to the surgery the tumour will be smaller and the risk of haemorrhaging will be reduced,” said the doctor.

After reducing the size they will carry out a process known as embolisation which will help to block off blood vessels from the tumour to the brain, effectively starving it of blood.

Once the team of doctors feel the tumour is a more manageable size, they will then begin to surgically remove it from Nicoleta’s face.

Radiologist Dr Adrian Tutelca said: “In my opinion, this tumour, as it is, it’s hard to pull it out. The fact that it is vascular makes it more difficult. It’s a difficult intervention.”

Viewers will be able to follow Nicoleta’s brave quest to undergo treatment in a new series of Body Bizarre this Thursday (October 20).

The episode also features two-year-old Gaurab from Tanahun, Nepal, who has a third arm growing between his shoulder blades, and 27-year-old Tuanzhi from Xiamen, China, a young woman born with backward knees.

Mum with tumour covering her face is hoping for lifechanging surgery 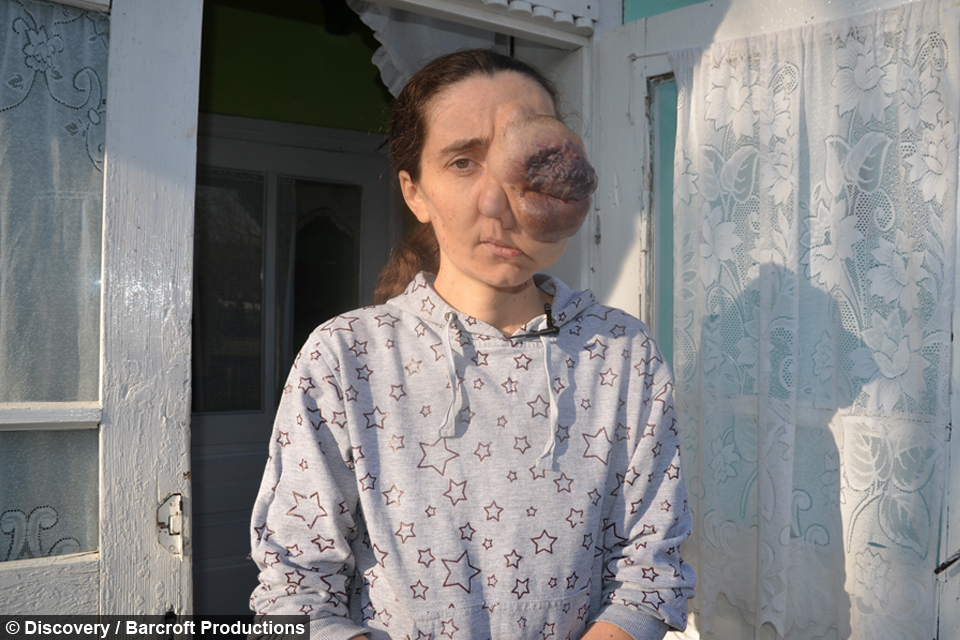 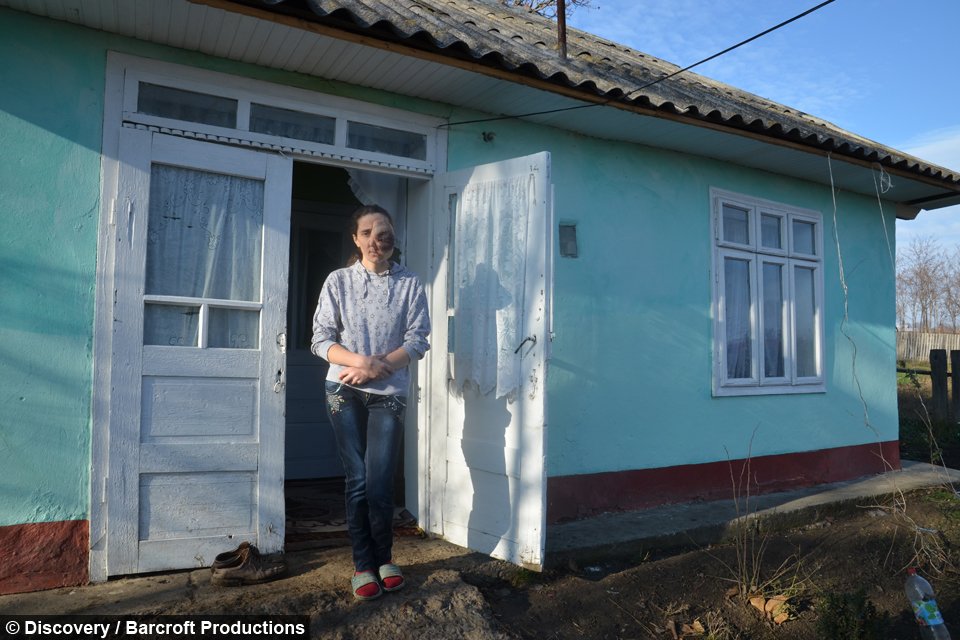 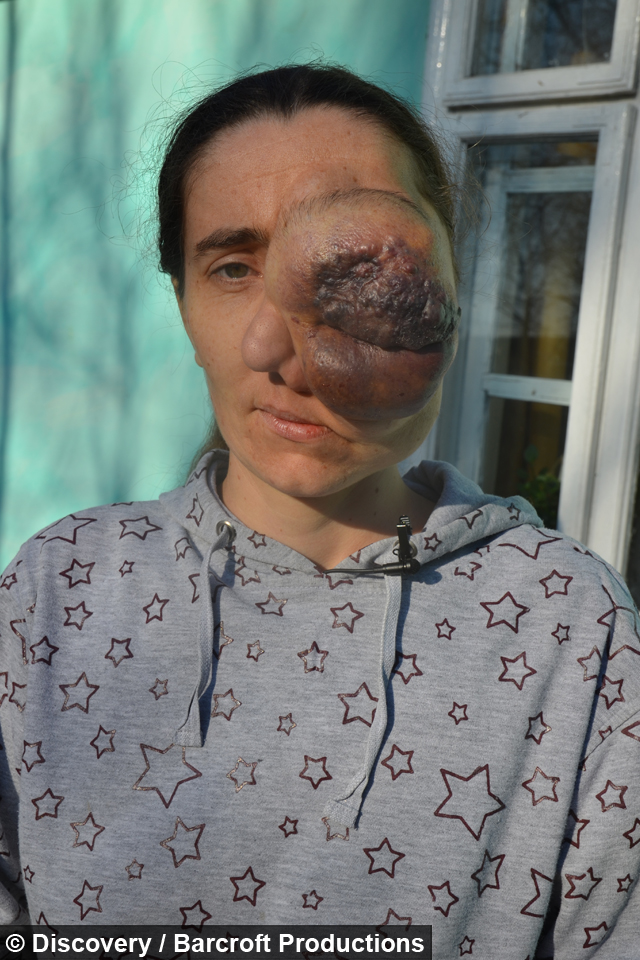 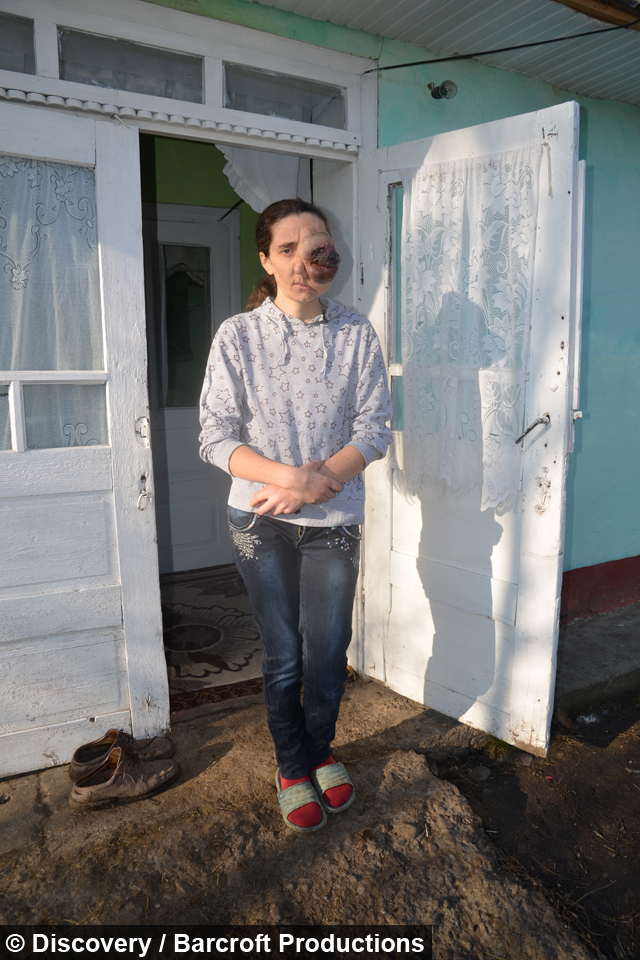 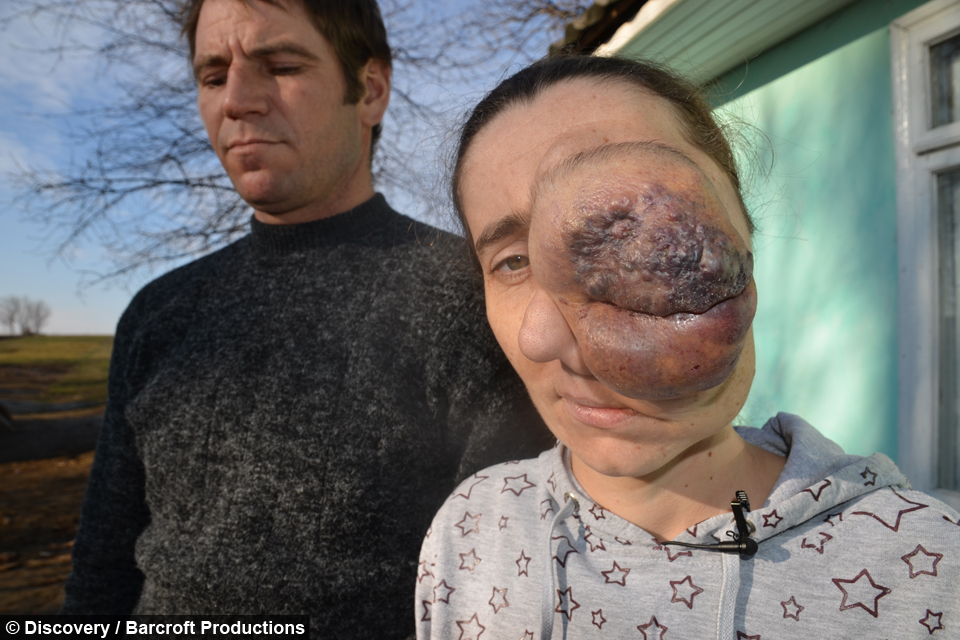 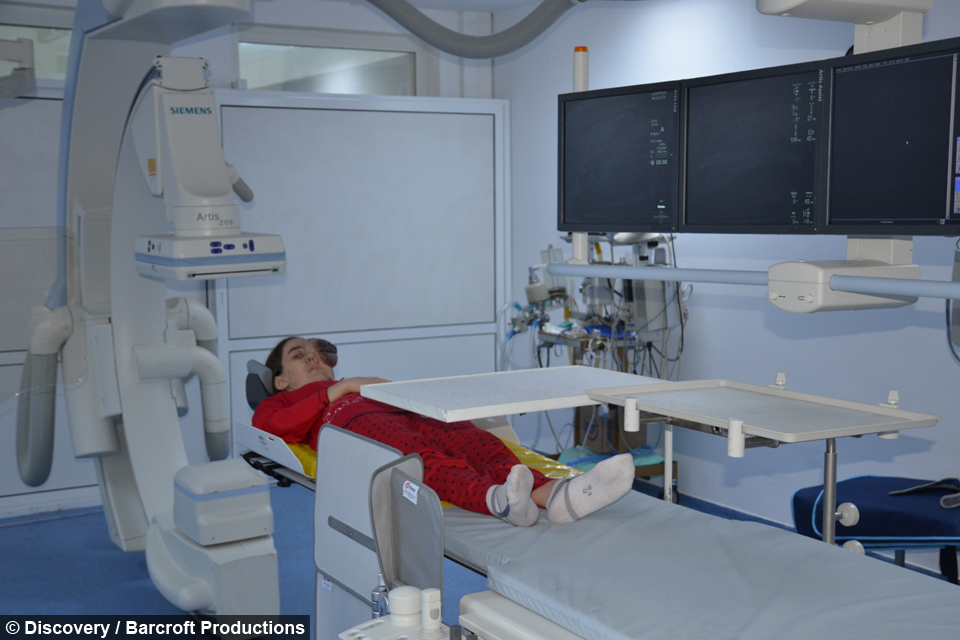 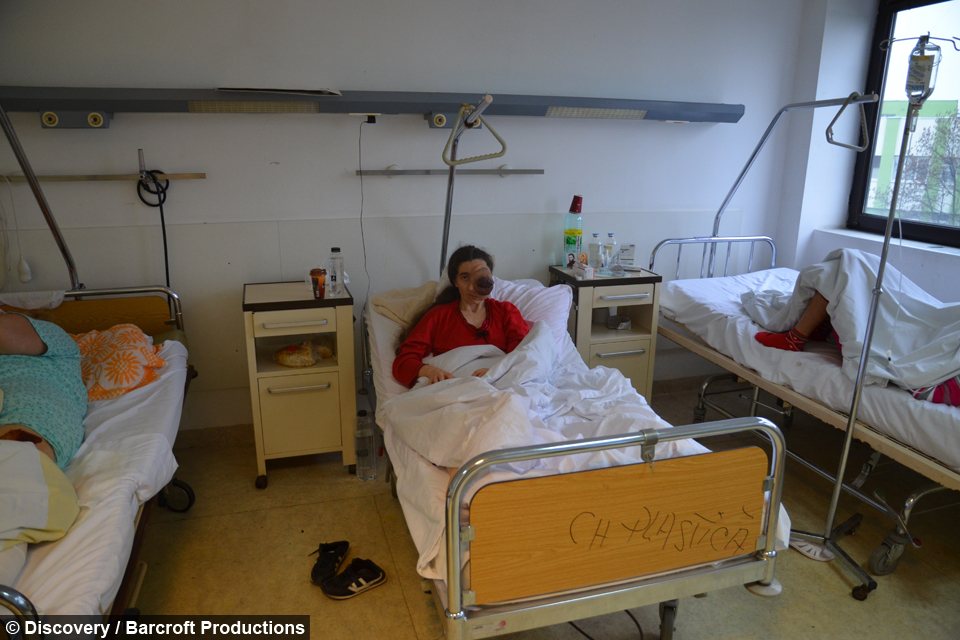