When people first meet teenager Hunter Steinitz, many believe she's been the victim of a fire

In fact, her appearance is because of a rare genetic condition named Harlequin Ichthyosis, which means her skin is too thick and causes dry patches all over the body.

Hunter, 18, can't shut her eyes, wears a wig because her hair follicles are blocked by skin, and is in constant danger of dehydrating.

Hunter cannot perspire, so needs to be constantly aware of overheating during high summer temperatures or in hot rooms.

The condition also limits her movements, and the thick skin even stops her from flexing her fingers.

In the past, many patients with Harlequin did not survive their first year, because they miss vital fats in the skin which protect against bacteria and contaminants.

"My skin doesn't contain any of the fatty moisture everyone else has between their skin cells, which acts like mortar between bricks in houses," said Hunter, from Pittsburgh, USA. "All I have is the bricks."

With advice from doctors, Hunter begins every day with a lengthy beauty session.

She takes a long bath - sometimes lasting two hours - soaking as much moisture into her skin as possible.

Then she applies a hoard of lotions and oils, which she gently rubs in to lock in the moisture, reapplying throughout the day.

"Growing up has been very difficult," said Hunter. "Gym class was the worst. You're forced to be in physical contact with one another, and people hated me touching them.

"A lot of the time the teachers wouldn't do anything because they don't know how to react."

To stop the bullying, Hunter often took the initiative.

"I would walk around to every single classroom in the building and say: 'Hey, listen, I'm Hunter, I have this condition, you can't catch it'."

While the move earned her some valuable friends, like pal Samantha Beers, it did little to stop the name calling.

"That feeling of anxiety would start as soon as I saw the school bus coming around the corner in the morning," she said. "Pupils would play a game where they took something from someone's desk and dropped it near me.
"They'd ask me to pick it up for them and the person would refuse to take it back because I'd touched it."

But dad Mark, 58, a restaurant worker, and mum Patti, who sadly died from cancer two years ago, encouraged her to stand up for herself.

"Patti would tell Hunter it was her job to educate people," said Mark. "I would just tell her to live one day at a time, and look forward to the moment when people around her were older and would understand."

Finally, Hunter began to love her body, realising it made her unique and helped her to be stronger.

"I realised I'd be a totally different person without my condition," she said. "My family would be different people.
"I wouldn't have the same friends - the really special ones who stuck by me through everything.
"I owe everything about my life to the disorder."

Hunter is going to Pennsylvania's Westminster College University in September and is becoming a spokeswoman for her disorder. Working with the FIRST foundation (http://www.firstskinfoundation.org/) she's started giving motivational talks at universities and to schoolchildren.

She said: "One of the hardest things about living with Harlequin is people's reactions.
"Harlequin gives those with it such a jarring appearance and people are so shocked, they don't know what to do. We're trying to teach people that they can't catch it, we're not contagious. It's OK to be different, and it's OK for people not to fit the norm." 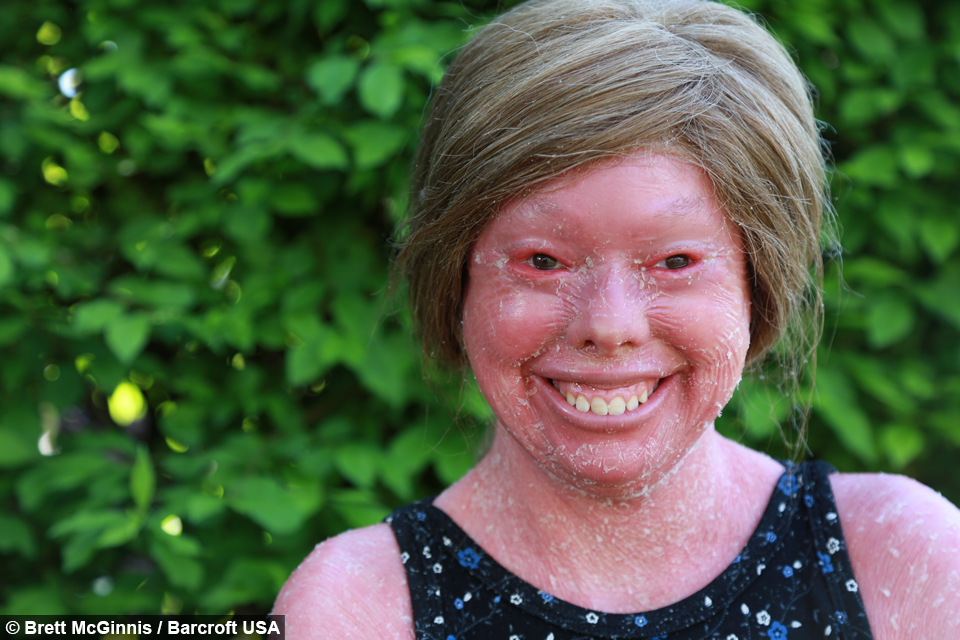 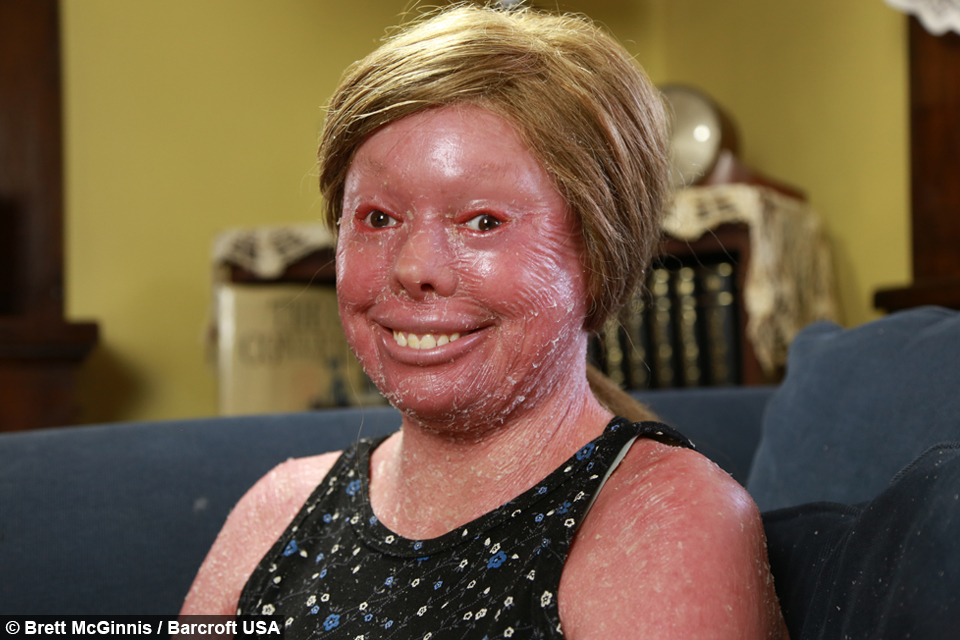 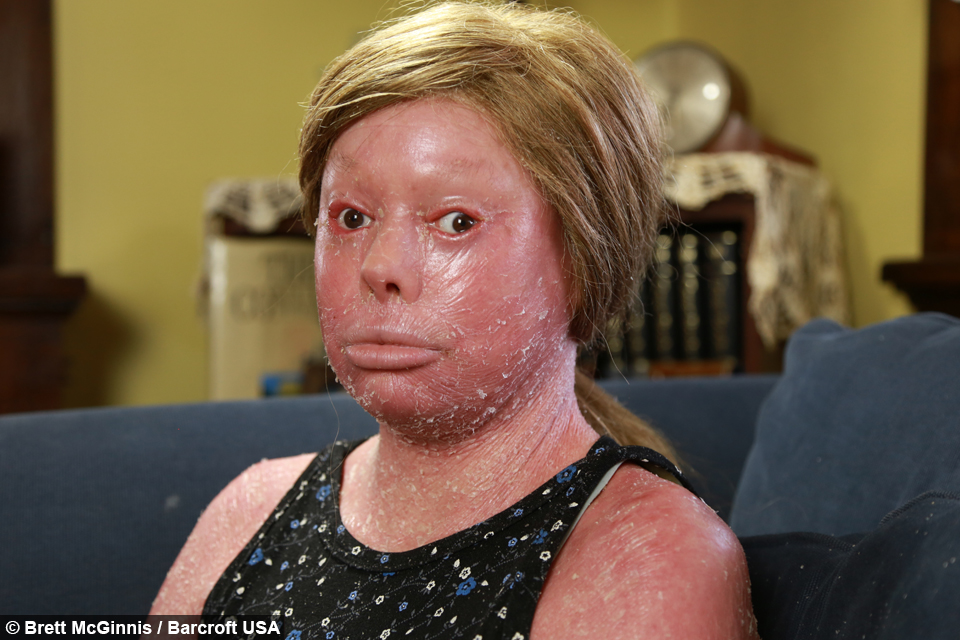 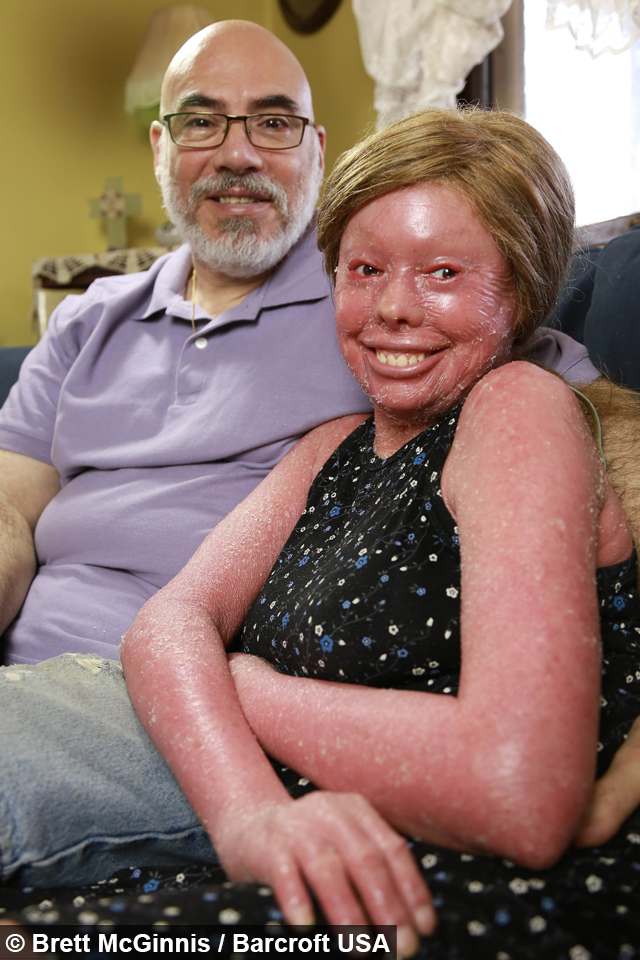 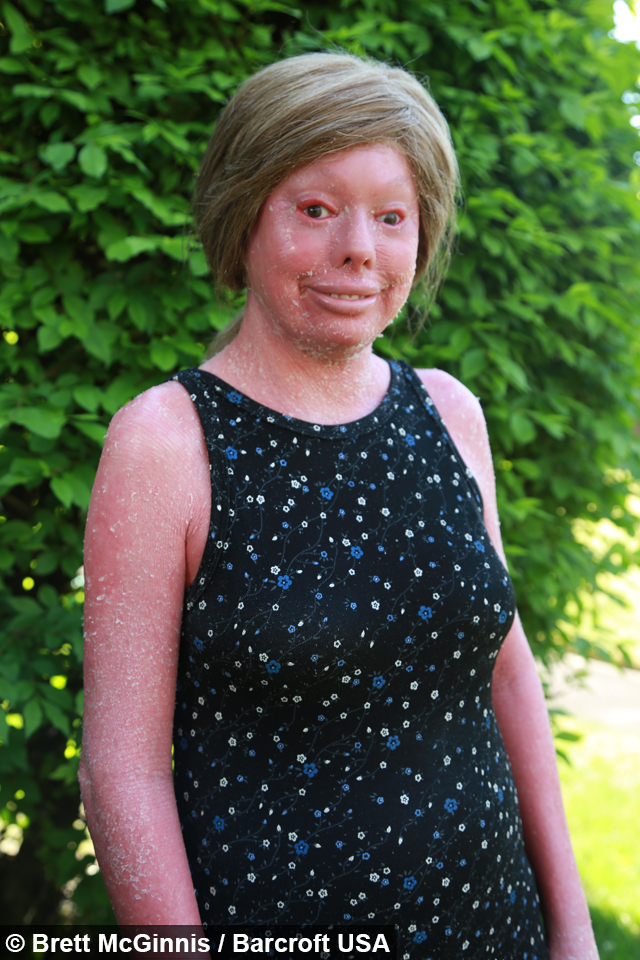 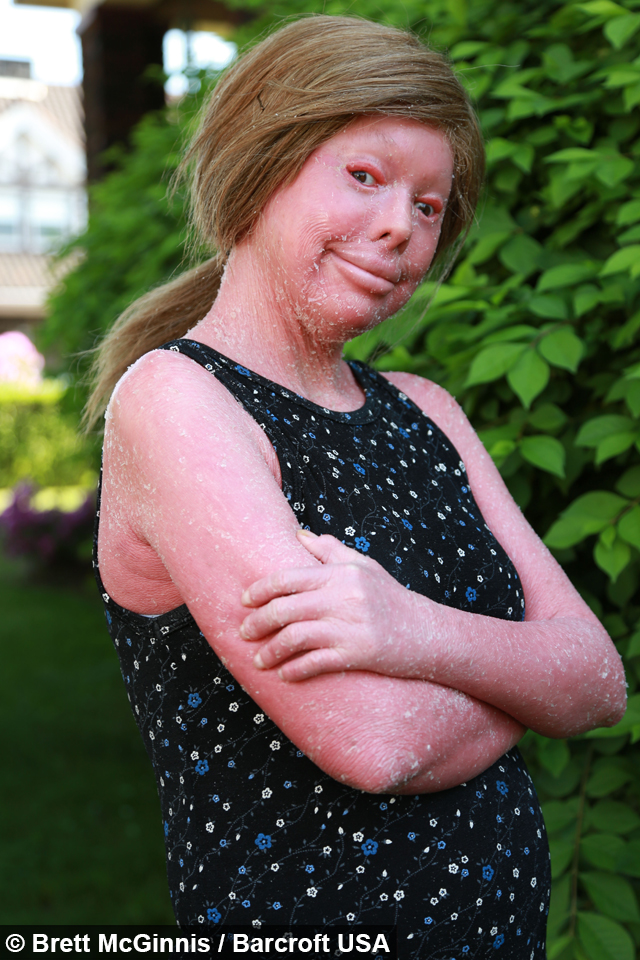