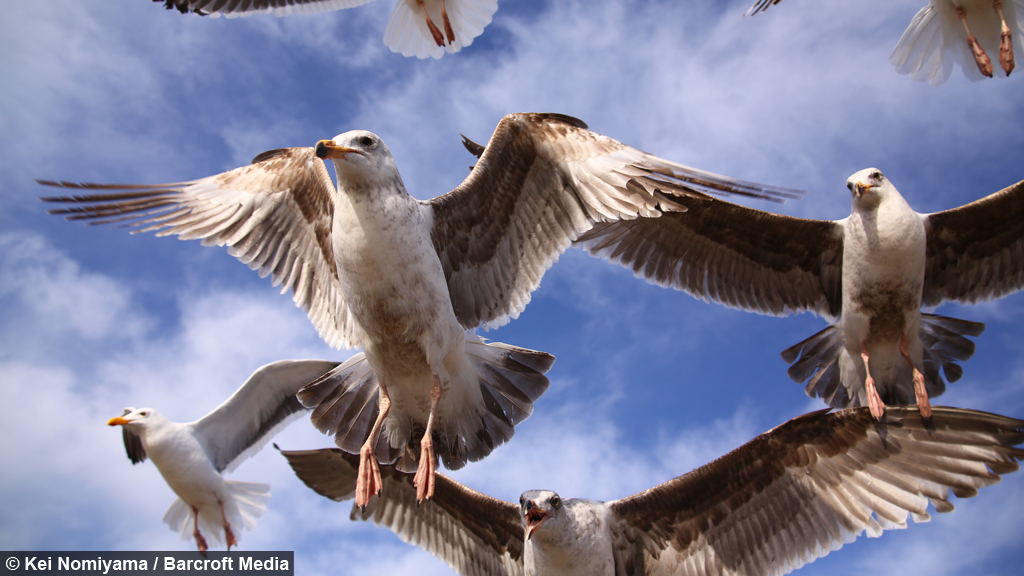 The bold birds are notoriously unafraid of humans and have been known to snatch food right out of people's hands.

Brave photographer Kei Nomiyama used this fact to his advantage, capturing amazing shots of the birds closing-in on him to grab a meal.

One of his amazing images shows a seagull swooping down to attack another, while in a different photo one of the birds appears to be just inches away from Kei's face.

The Japanese photographer's images offer a rare opportunity to see the mid-flight facial expressions of seagulls - and he achieved the shots by imitating the act of holding out food for them.

The 36-year-old, who works as an environmental chemistry researcher, took the photos on a visit to Monterey Bay in California in May this year.

He said: "Shooting seagulls this close was quite a different experience - they flap constantly and are totally obsessed with food.

"One thing I noticed was the strength of the young seagulls compared to the old seagulls.

"The young sea gulls were way too strong, so the old ones just had to fly away.

"I was absorbed and took the photos in quick succession whilst avoiding a lot of droppings.

"Towards the end of the shoot around 30 seagulls gathered around me.

"I was a little afraid - a seagull often knocked into my camera." 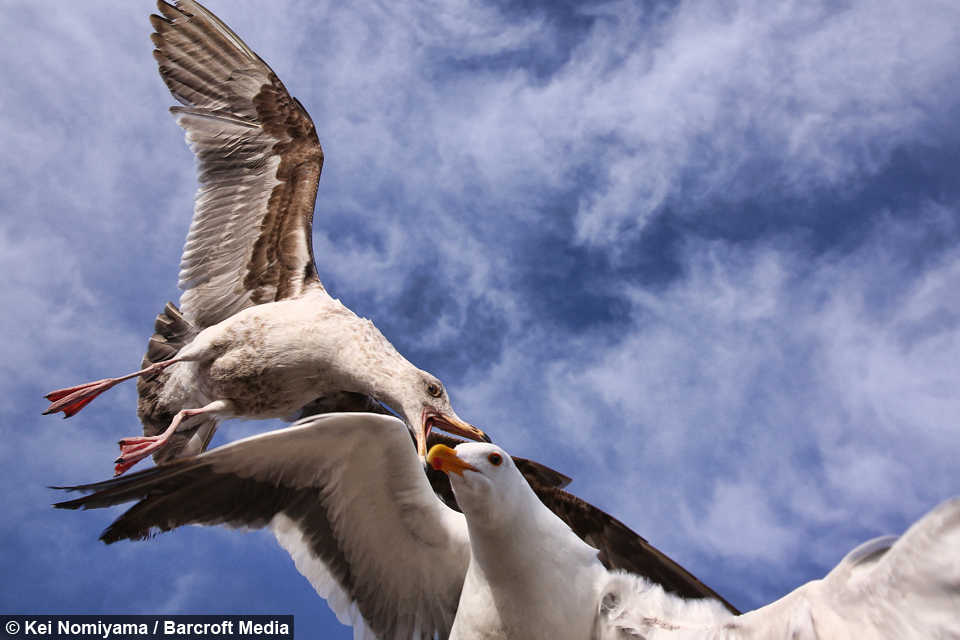 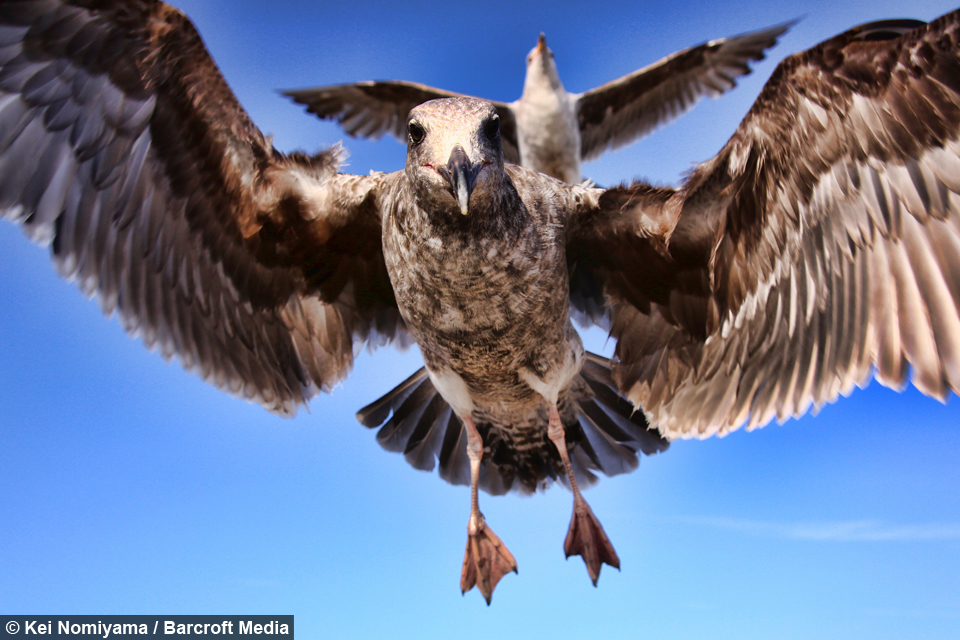 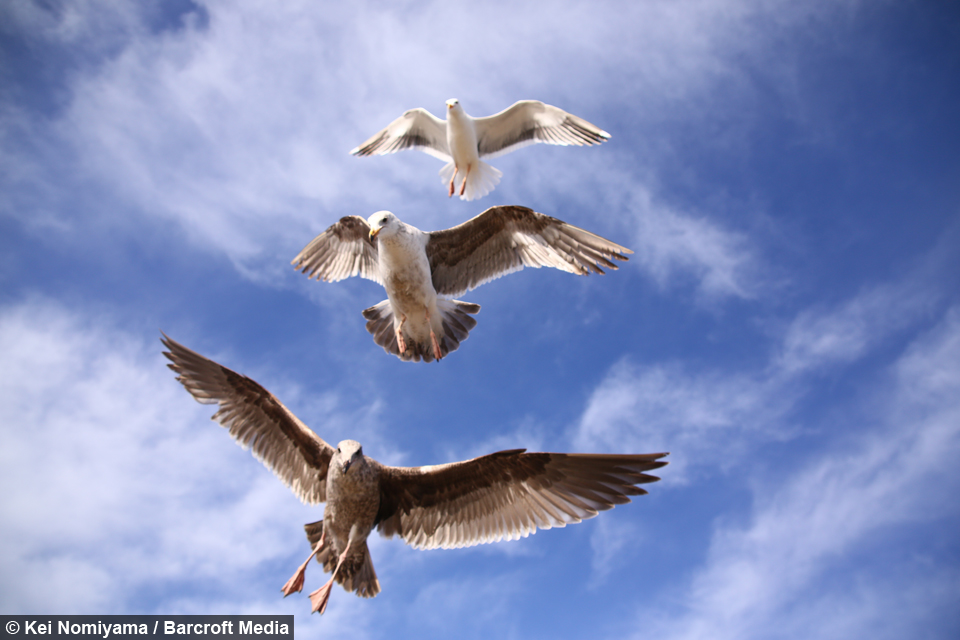 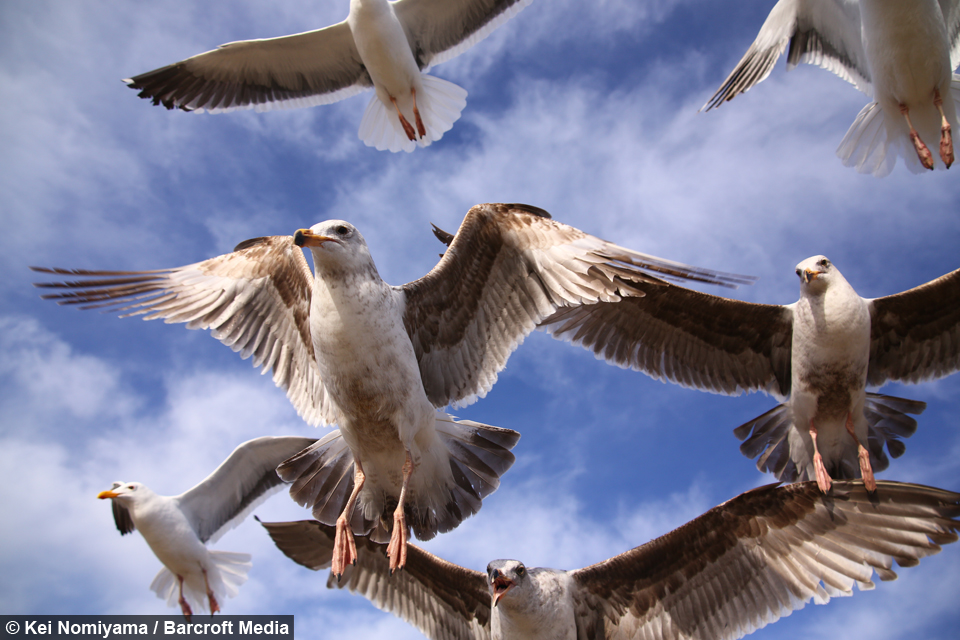 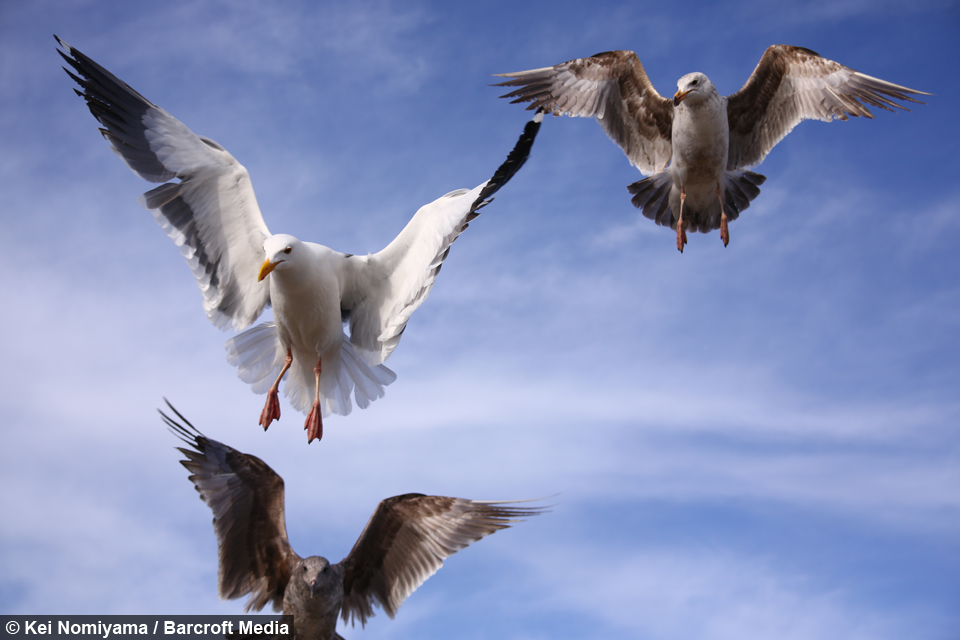 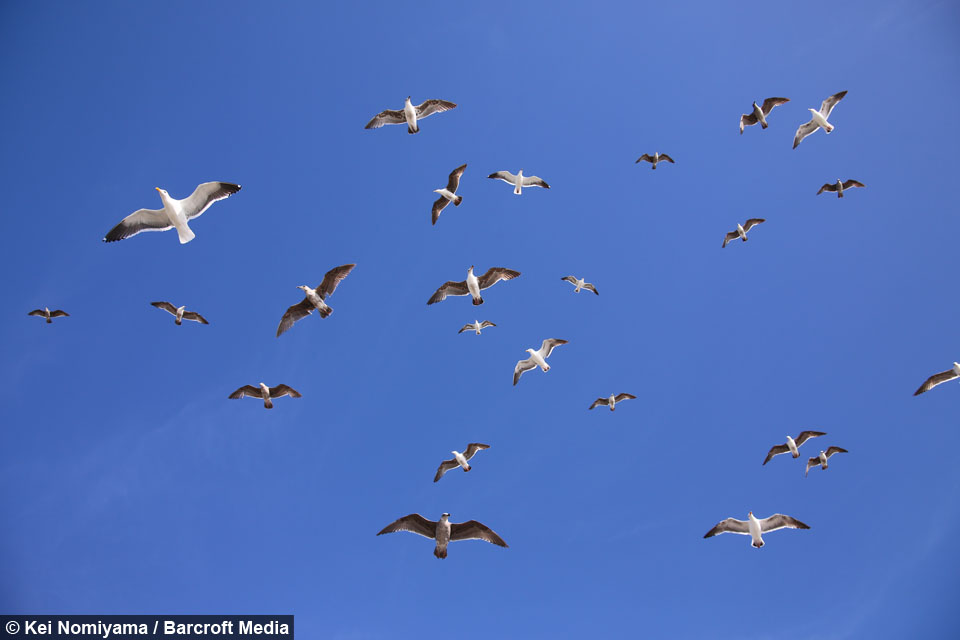