Toby Michael, 23, is an “extreme deutan”, meaning he struggles to distinguish between blues and purples, greens and browns and reds, browns and greens all together.

Even though some doubted his ability to master make-up without a full colour spectrum at his disposal, Toby has proven them wrong by becoming a successful social media FX artist.

He said: “The cones in my eyes don’t work as well as they would on a normal colour vision person. I am what is considered an extreme deutan, so when it comes to blues and purples, greens and browns, reds, browns and greens all together - they mesh together.

“Pastels? Out of the question. It’s very difficult to distinguish between pastel colours. Being colour blind in the make-up industry is very, very difficult.

“So, in my palette, if I have the browns and greens next to each other it can get difficult if I’m going quickly. I have to read the back of the palettes quite a bit. I actually have my sister Kylie go through my eyeshadow palettes and she’ll write the colours on each shade for me, so I can tell which is which.

“If someone tells you can’t do something, you just push and try and you can still achieve it. I was told that I couldn’t be an artist and colour blind, so I kept trying and I got there.”

He said: “Receiving the enchroma glasses meant that I was about to learn a whole new world of colour that I had never known. I’m 23 years old, so that’s 23 years of learning colour and things the way that they are, so now having to relearn the colours was a little scary but also, at the same time, exciting.

“When I first saw colour using the glasses it was very overwhelming. The best way I can explain it, is that it just makes everything so much more intense, it amplifies the colour.

Although the glasses have given Toby a new perspective when working on models, he never uses them while he is creating looks on himself, largely because he has got used to working without them. 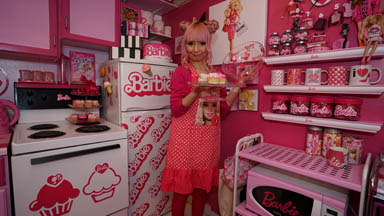 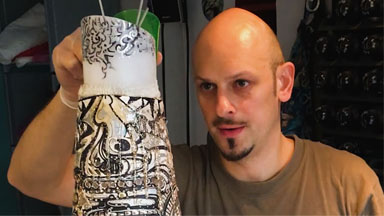 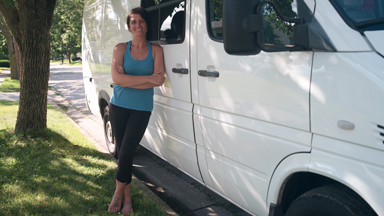