The 45-year-olds, who are known as the 'Spider Sisters', have been single all their lives and suffered years of rejection because of their unusual appearance.

But now they say they are happier than ever - after a chance encounter with kind-hearted school teacher named Jasimuddin Ahmad.

"It was love at first sight," said Ganga, who shares four arms and three legs with her sister.

"When we met Jasimuddin we both felt this was a man who would truly love us. And he does - he loves us straight from the heart."

Jamuna added: "We have been very happy since he came into our lives. We have suffered in the past but we don’t want to suffer any more. We really hope to spend the rest of our lives with him."

The twins, who share a stomach but have separate hearts, kidneys and livers, were born to an impoverished family near Kolkata, West Bengal.

Their parents were unable to pay for medical attention and deserted them when they reached their teens, fearing they were a sign of 'God's fury'.

With no education they joined a travelling circus, performing for audiences across India.

They earned a relatively good wage of £25 a night but began to tire after years on the road.

It was then that they first laid eyes on Ahmad, 36, who worked part-time with the circus as a sound engineer, and were stunned to discover he shared their amorous feelings.

Ahmad said: "Ever since I met them I have considered their pain as my own. I have always been like this. I have always treated other people’s troubles as my own and tried to make things better.

"Now, every night I sit with them. We share a meal on the terrace and talk about our lives. I sit with them in the evening breeze and we share our joys and our sorrows.

"Sometimes we listen to music and sit up talking late into the night. There have been times when we have been up talking until 4am and then woken up late the next morning."

Coming from a conservative culture, the twins are understandably coy about discussing their love life - but say there has been intimacy.

However, like many of the best relationships, their love is based mostly on fun and companionship.
Ganga, who gets around with her sister by walking on their hands, said: "The best thing about him is that he has a great sense of humour. Also, he is a very kind man. We call him Mr India."

The trio have now been together seven months and live in a village near Kolkata.

Ahmad works at a local school but also helps the sisters in the evenings by driving them to performances.

Despite their love, they have no plans to marry, believing it will not be accepted by their community.

The sisters have been taken to see a surgeon about the possibility of being separated but have rejected the idea, fearing it would endanger their lives and rob them of their livelihood.

For now, they are simply happy to enjoy the love and companionship they have craved for so many years and are determined to enjoy it for as long as it lasts.

"We hope he stays with us, it will be a great support," said Jamuna.

"If he wishes it too then we will be lucky. Otherwise our lives will become as anchorless as ever." 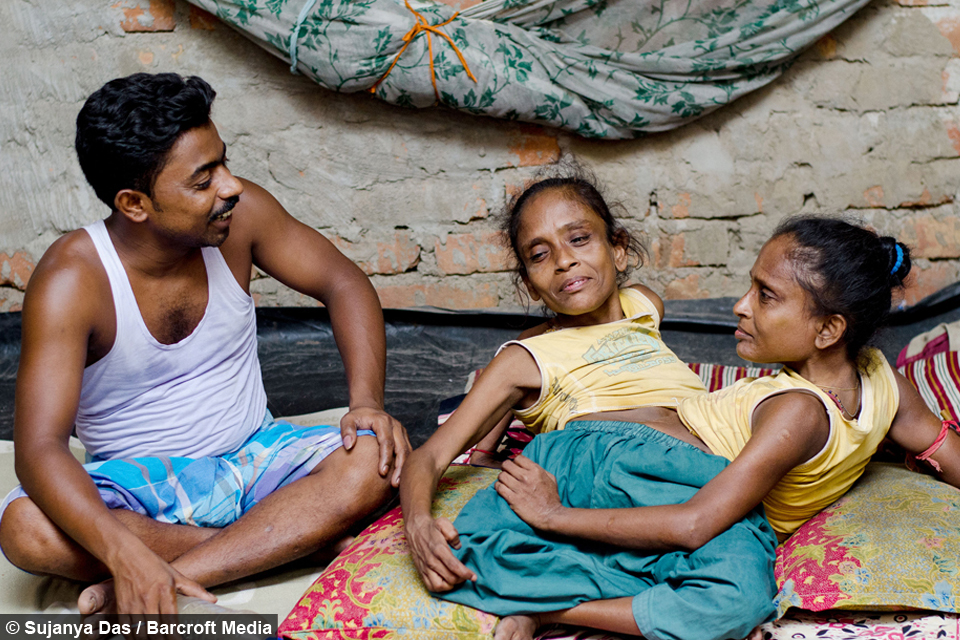 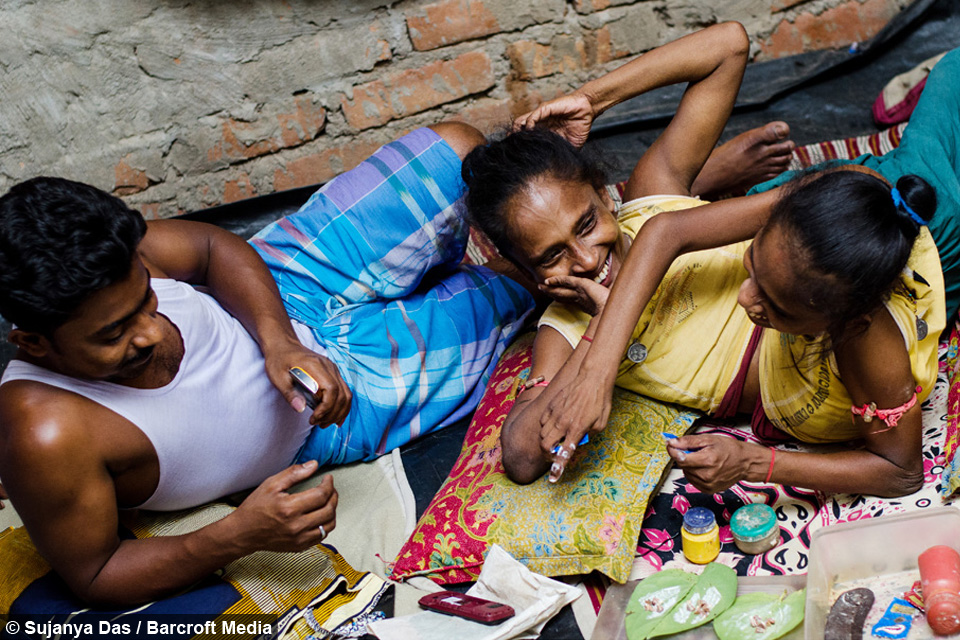 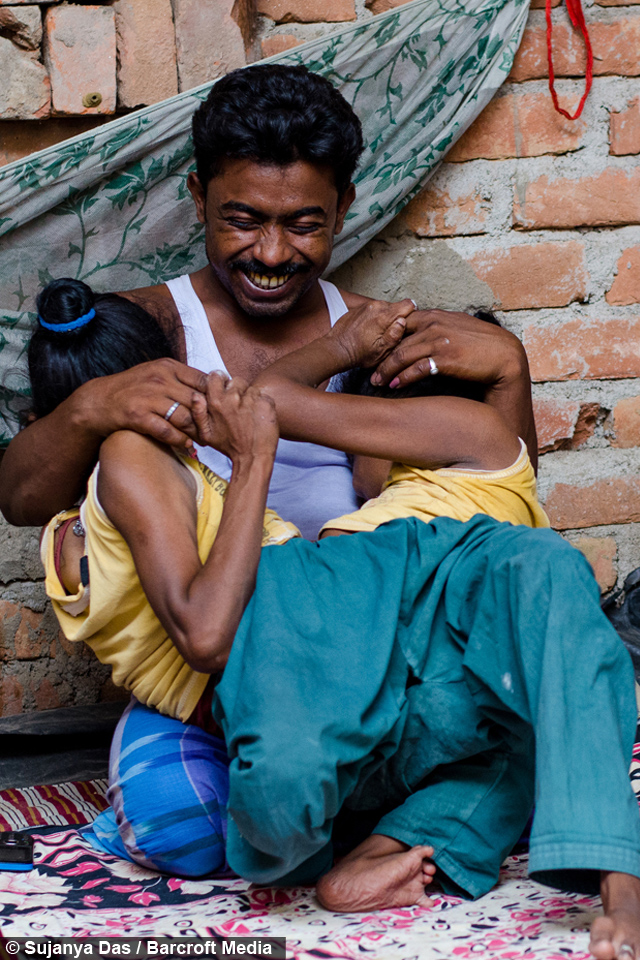 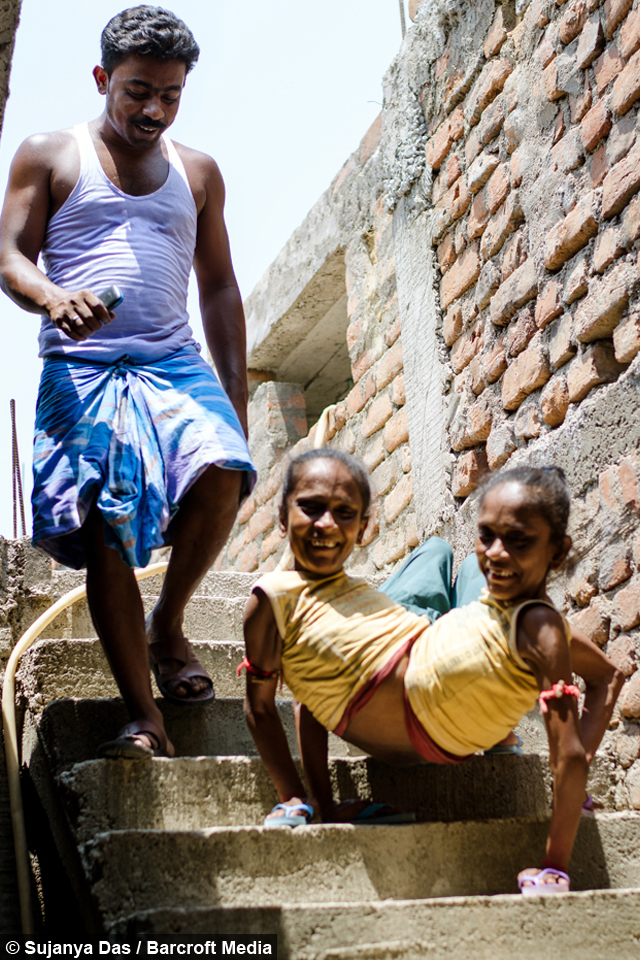 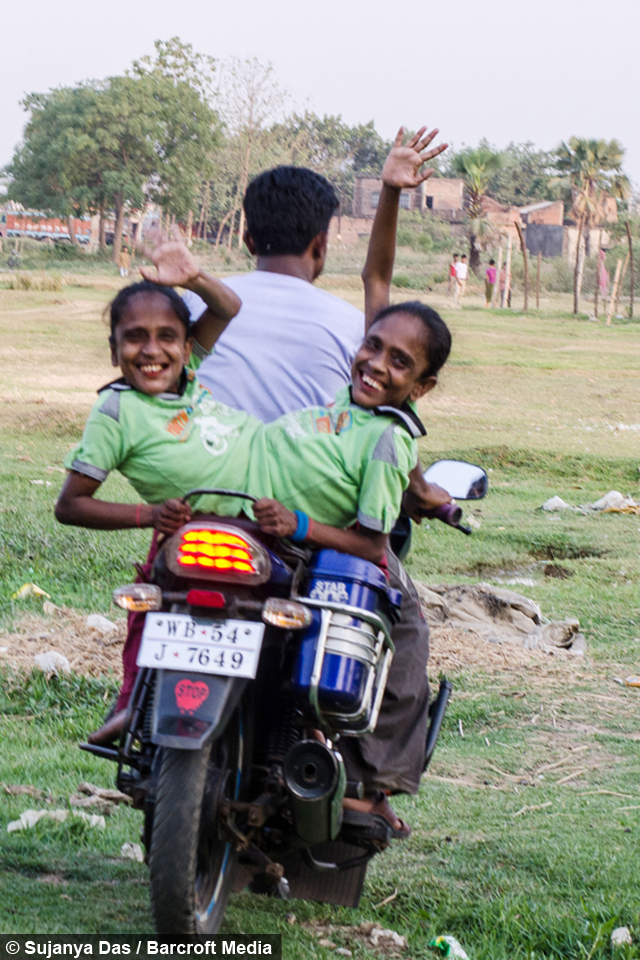 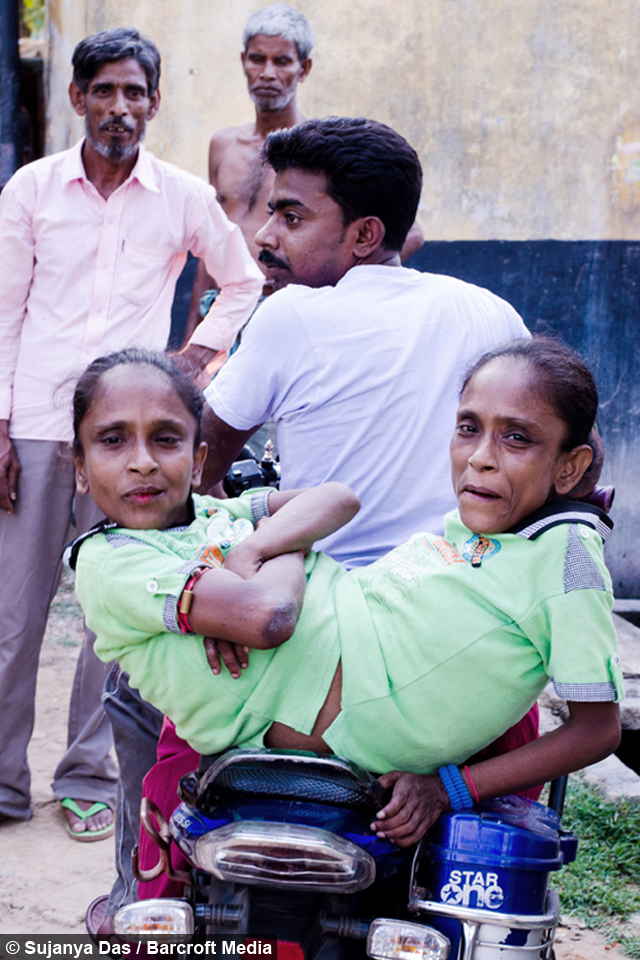