Twins Artur and Heitor Rocha were born connected at the middle and sharing only three legs between them, as well being joined internally at the bladder, intestines, liver and genitals.

The close bond between the brothers, from Bahia, Brazil, is revealed by parents Eliane and Delson in a new series of Body Bizarre, as the twins face life-changing separation surgery.

The twins, who spent most of their life staying near the hospital in Goiana, love playing together, and filmed charming video messages for their thousands of well-wishers on social media.

But they are also excited at the prospect of being separate, playing their own games, and doing things on their own.

"When I talk to them about the big surgery, they say they want to be separated," said Eliane.

"It's not just mine and my family's will, it's theirs too. They want to be independent. They want to make their own decisions about where to go."

She added: “They’d want to play different games or go to different places and we’d have to try and make them understand that they had to take turns."

Surgeons at the Children's Maternity Hospital in Goiana have been carefully planning their surgery, and planning how to safely separate the boys since they were born.

Conjoined twins are usually separated before their first birthday, but Artur and Heitor were too weak, and did not have enough skin to cover their wounds post surgery.

Over the last five years, the boys have endured 15 procedures to grow extra skin using silicone expanders implanted around their middle. They also battled several infections and needed to be near the hospital for treatment.

As the boys grew, Heitor’s bodyweight was pressing on Artur’s spine, causing him frequent pain and pressure on his internal organs.

Eliane and Delson, who also have a daughter, Cecelia, decided it was important to move forward with the surgery despite the risks, to give their sons a better quality of life.

Delson said: “It’s been a tremendous expectation and struggle for 5-years. Separating allows them to live independent lives.

Eliane added: “They are excited and looking forward to the separation, they are longing to be separated."

The programme follows the family as the boys undergo the 18-hour separation, carried out by a team of 42 medical experts in February this year.

On the day of the operation, the twins were sedated and carried into the operating room.

Eliana said: ”Artur went in asleep but Heitor was crying. At that moment my heart was in pain.”

The team, led by paediatrician Dr Zachariuas Calil, battled to separate the boys into two bodies in the quickest possible time.

The surgery came with major risks - separating the twins was incredibly intricate because many of their organs had to be divided including the intestines and liver.

Dr Calil said: “The large and the small intestines are shared, there is only one bladder and one set of genitals.

“The moment you separate, the body reacts catastrophically. It's mind-blowing, you have to anticipate all the complications.”

The brothers' limbs were divided between them first, and then doctors worked to divide the liver.

Two days after the surgery, Heitor was alert and was responding well. But Artur was awake very little – he was weak and fighting a fever.

“He wasn’t responding well to the medication and he passed away."

Even though the brothers were separate, the incredible bond between them was still strong.

Dr Calil said: "Though Heitor was sleeping, he struggled and tried to break through from the tubes.

"We had to sedate him so he would calm down a bit."

Miraculously, the 'peaceful' brother pulled through and is recovering at the hospital, receiving therapy to help him grow stronger, and eventually will learn to walk.

After the surgery, Dr Calil said: “He’s eating a normal diet. His intestines are good, and his one kidney is working perfectly.”

Eliane and Delson are devastated by the loss of one of their sons.

But following a family funeral, they have been focusing all their efforts on Heitor, and helping him to adapt and grow stronger.

“It was very difficult,” Eliane said. “We were always positive. We always thought we’d go home and be even happier as a family."

Brave Eliane added: “I told Heitor not to worry because Artur is living in his little heart, and has become his guardian angel.” 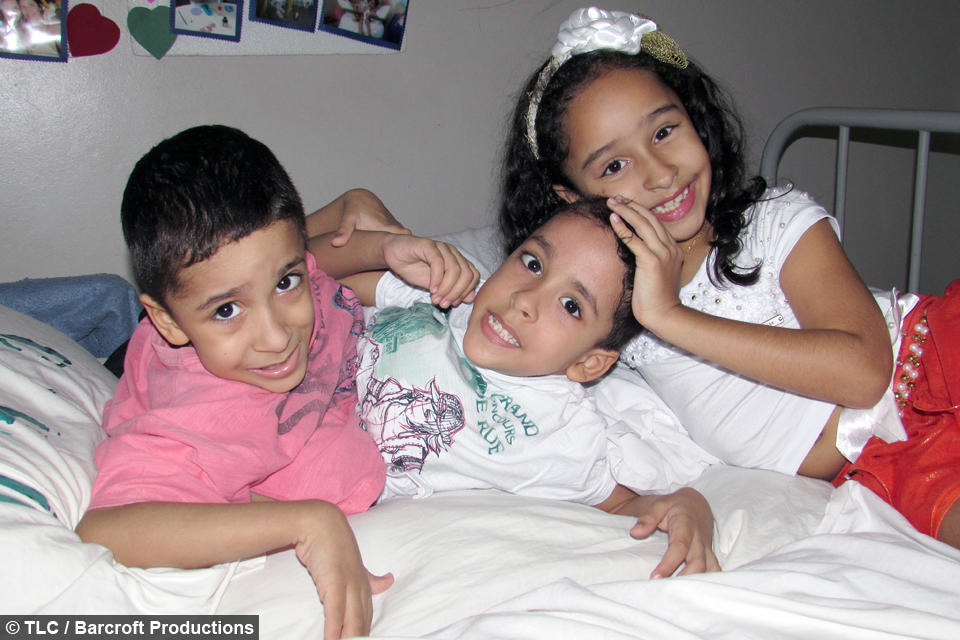 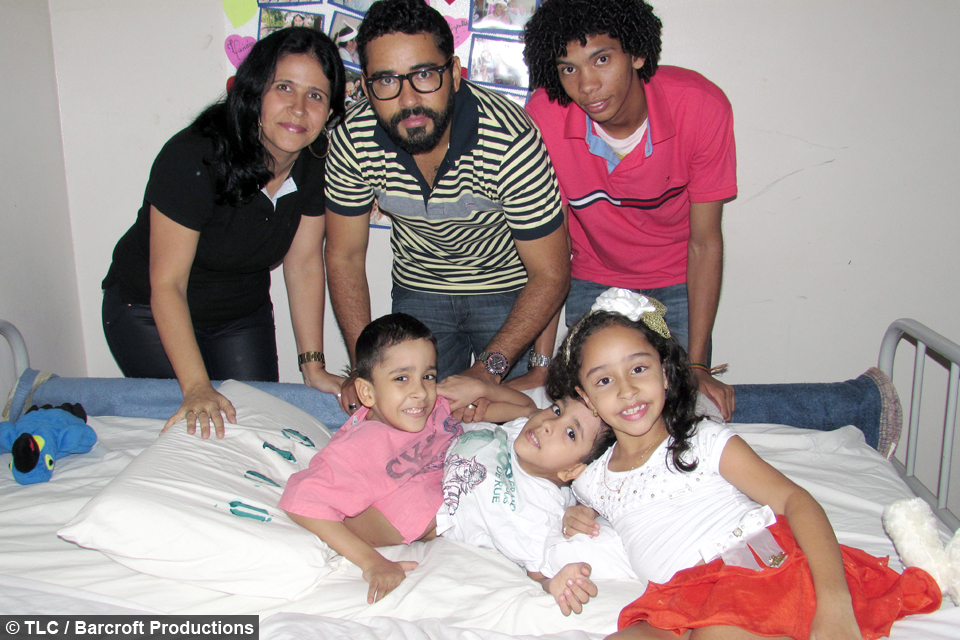 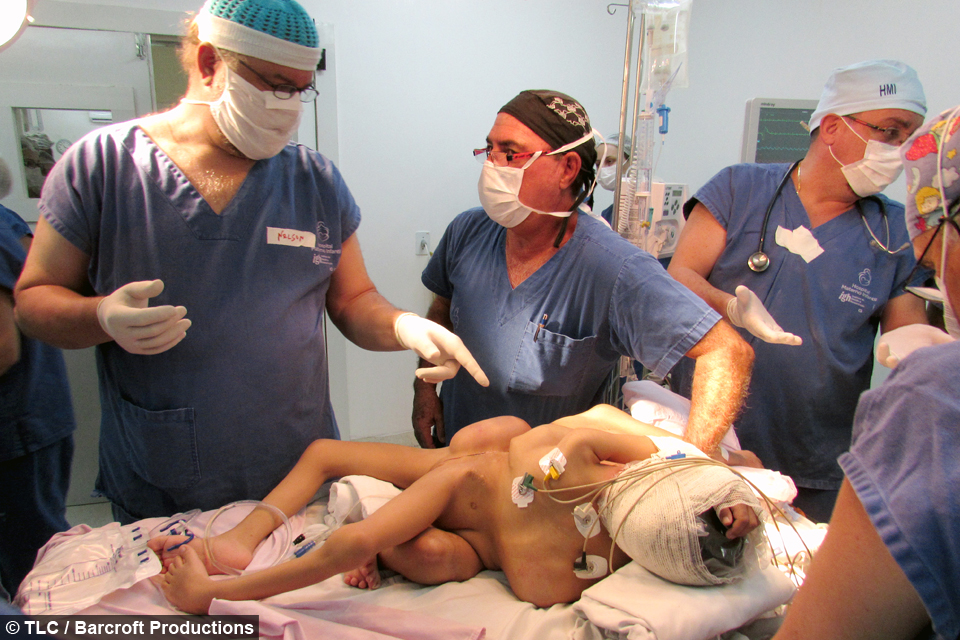 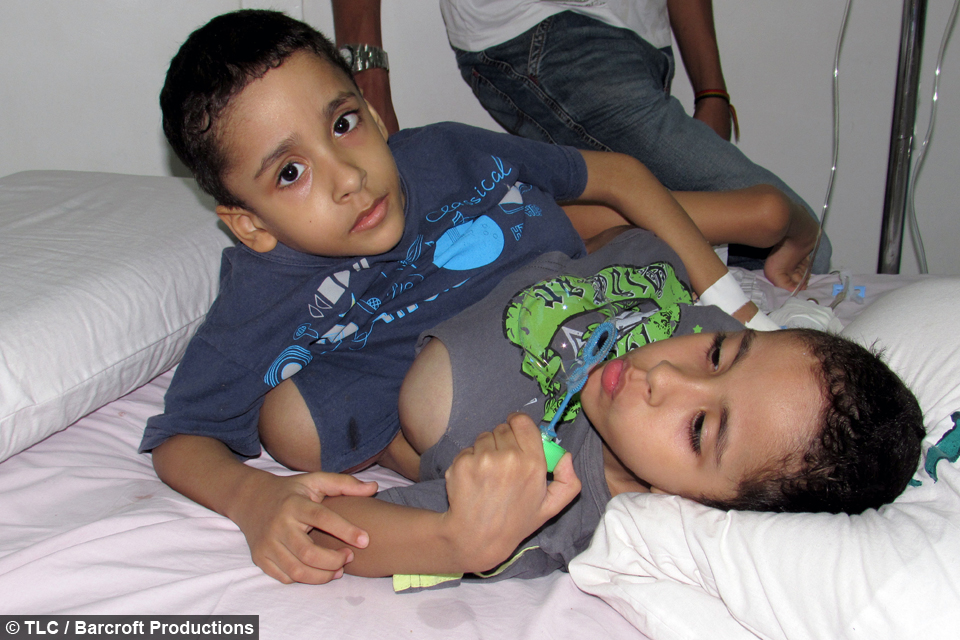 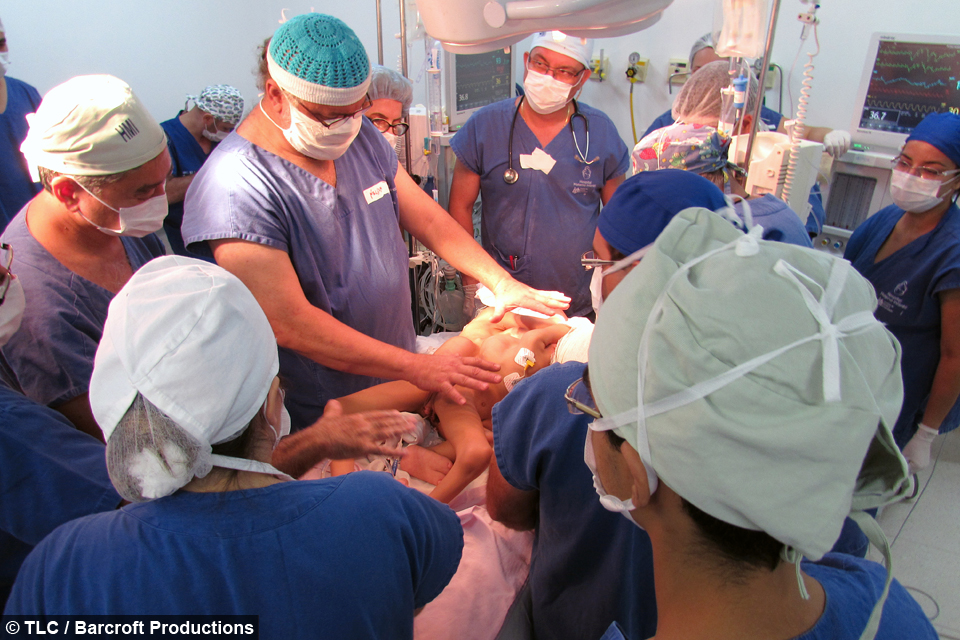