The carnivorous canines had hunted down and caught a second impala, just moments after devouring a first.

They carried the carcass to the bank of the Olifants River, South Africa, where the pack began to wolf down their meal.

But unbeknown to them, a beady-eyed crocodile lay in the nearby shallow waters waiting to snatch their prize.

Christa Niederer, a photographer from South Africa who lives in Switzerland, was watching as the hungry reptile suddenly lunged from the water, scattering the animals.

A brief stand-off occurred as the dogs eyed the scaly predator – and the impala carcass lay on the ground between them.

Before the wild canines could act, the crocodile snatched the meaty meal from them and slipped back into the water.

Christa said: “This big fat crocodile had been lurking below water level with just its eyes protruding from the water and attentively following the action on the sand bank.

“With the dogs moving the carcass, it also moved closer and suddenly lunged onto the sandbank with surprising speed.

"The dogs had all gathered around the slain impala in the meantime and apprehensively stood back.

“The scene of the crocodile and dogs – eyeing each other for a few seconds – will remain etched in my mind forever.

“The inevitable happened and the croc grabbed the carcass, waddling back to the water and sliding into it with its prize.

“All was not lost, however, as they still had another – although fairly stripped – impala carcass lying higher up on the banks of the Olifants River.” 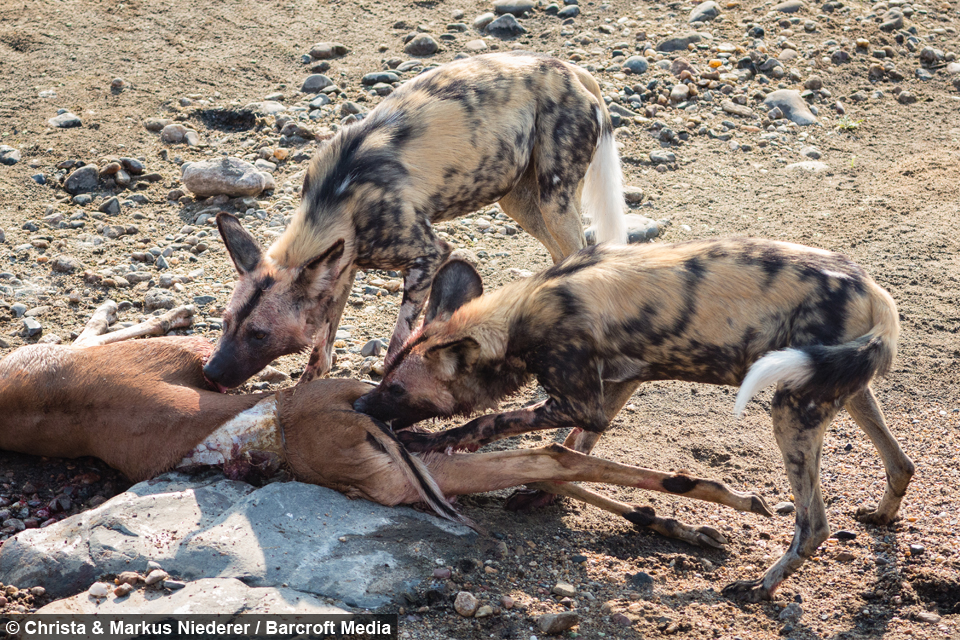 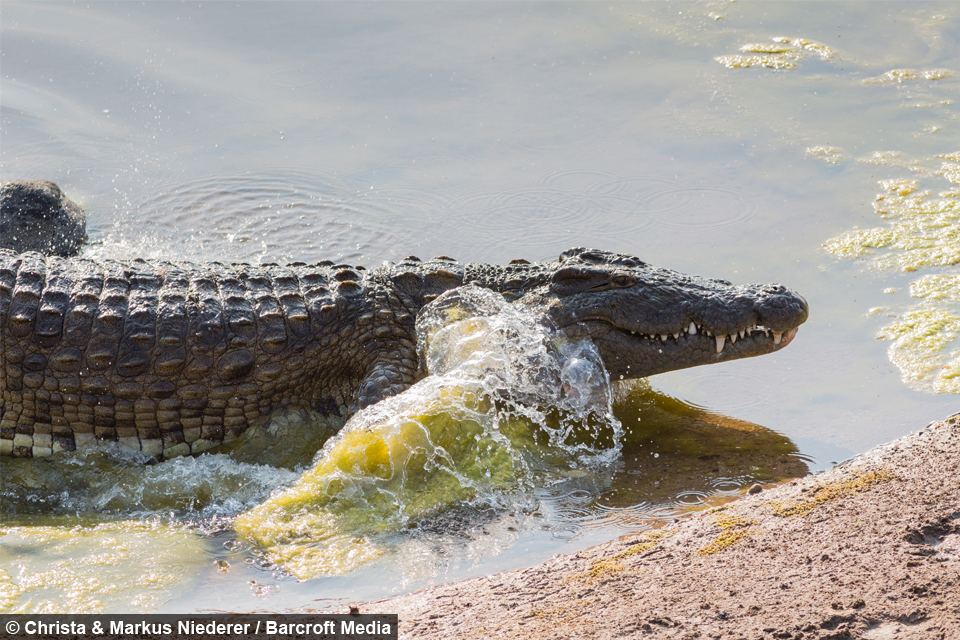 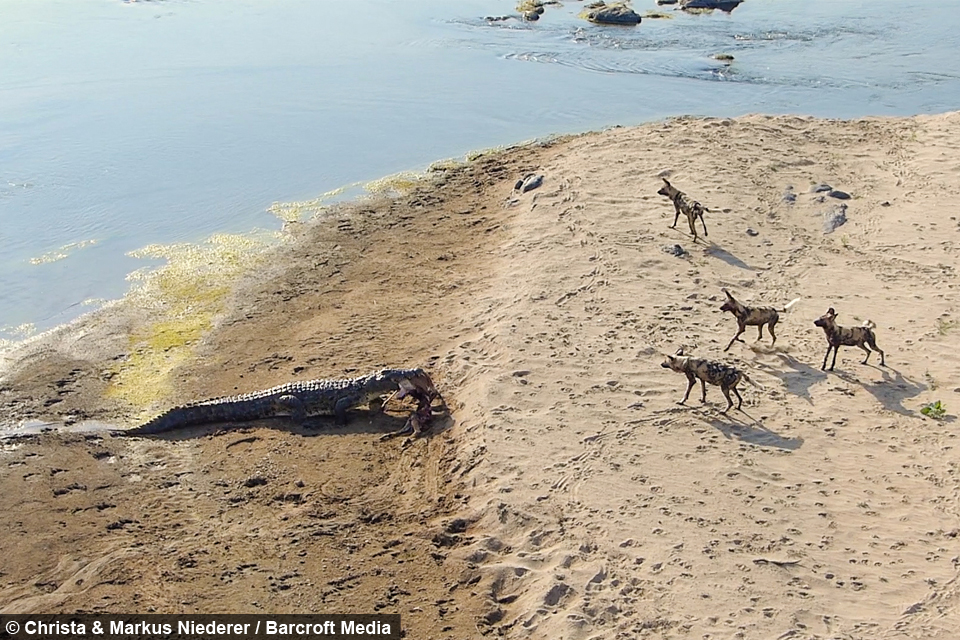 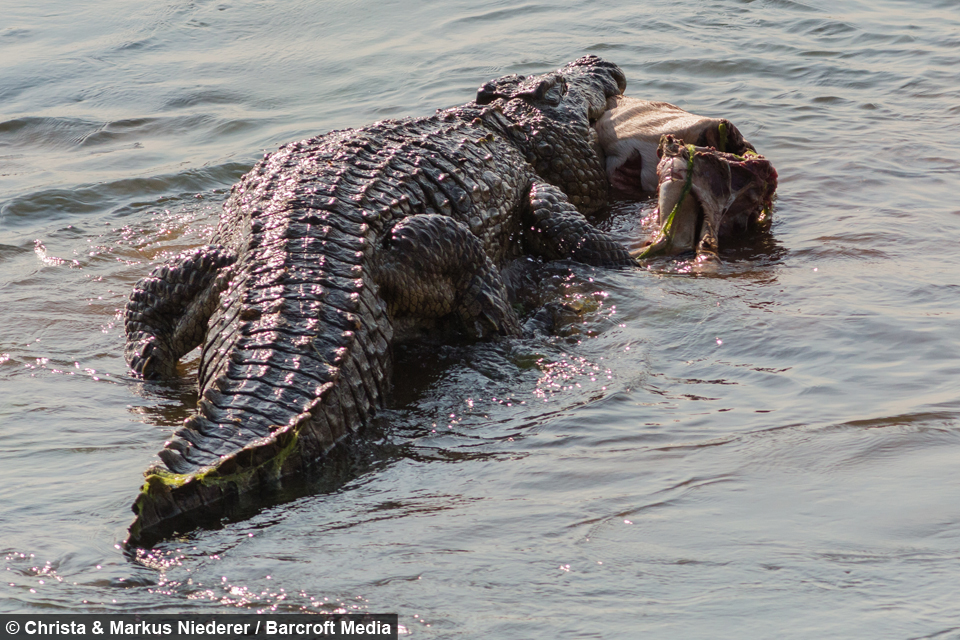 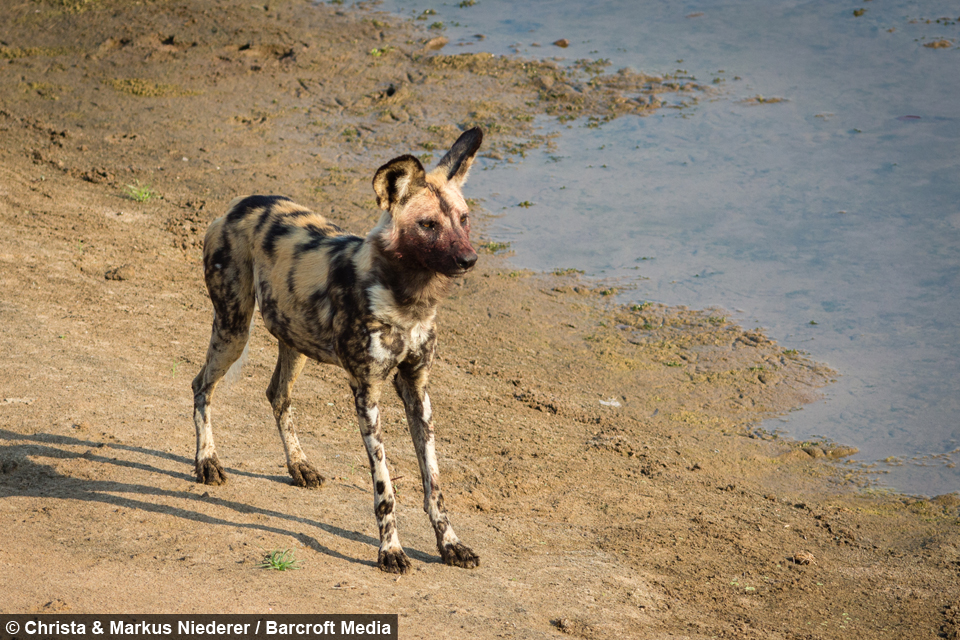 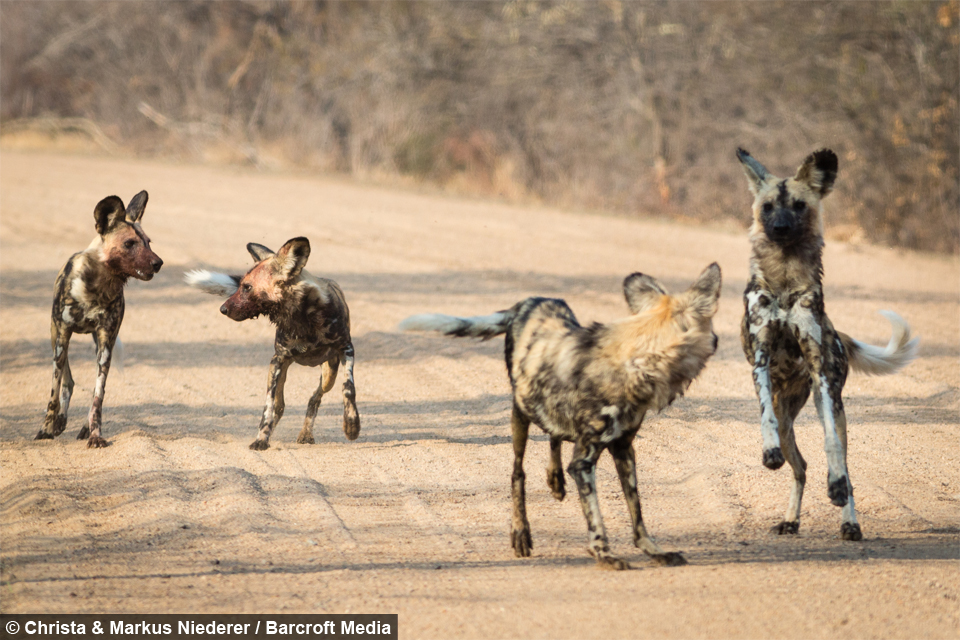