Wildlife photographer Amos Nachoum, 64, and diver Walter Bernardis, 56, were swimming in the Okavango Delta in Botswana when they encountered the clumsy croc.

After bumping into a bank and creating a cloud of mud, the confused crocodile swam away with Amos’ camera between its jaws.

Amos said: “It’s very difficult to see the crocs in the water because they’re very well camouflaged and they hide on the side of the bank and it was very dark.

“We saw the croc leave the river bank and get into the water. A few minutes later my safety diver and I went into the water swimming down current looking for it.

“We were slowly moving and searching along the river bank, however, the crocodile had gone into the middle of the river.

“By the time we were close to its residing location the croc was returning. I was in front and Walter was behind me and the crocodile was between the two of us.

“Crocodiles have poor eye sight in the water -they see silhouettes very well because of the high contrast - therefore being on the surface is the danger zone but not underwater.

“As it came between us it hit the bank of the river and created a big cloud of sand - and the croc disappeared, but hit the Go Pro camera by mistake and took it.

“The croc’s sensor is along its jaws - as soon as anything touches it, they snap - and that’s what happened here, as the edge of the four feet pole with the GoPro mounted on it touched the croc jaws, in the cloud of dust”

Amos has been leading aquatic diving expeditions for 40 years, and interacts with the biggest aquatic animals in their natural habitats.

Amos said: “We’re diving with these crocodiles because it’s an adventure - we also want to be able to show that with knowledge and life experiences - humans can in fact interact peacefully with crocodiles, when we apply risk management one guest at the time between me as the leader and a safety diver.

Amos and Walter followed the crocodile to clear waters, where it sat with the camera lodged between its teeth.

Amos said: “We were able to get close to it and photograph it safely.

“We tried to dislodge the camera from its jaws - however we were unsuccessful. But we were able to view the it from two or three feet away for 15 minutes in a very peaceful meeting.

“Hopefully someone else will find the camera and bring us the footage.”

Amos is the owner of BigAnimals.com an Expeditions outfit and leading photography adventures via his website: http://www.biganimals.com 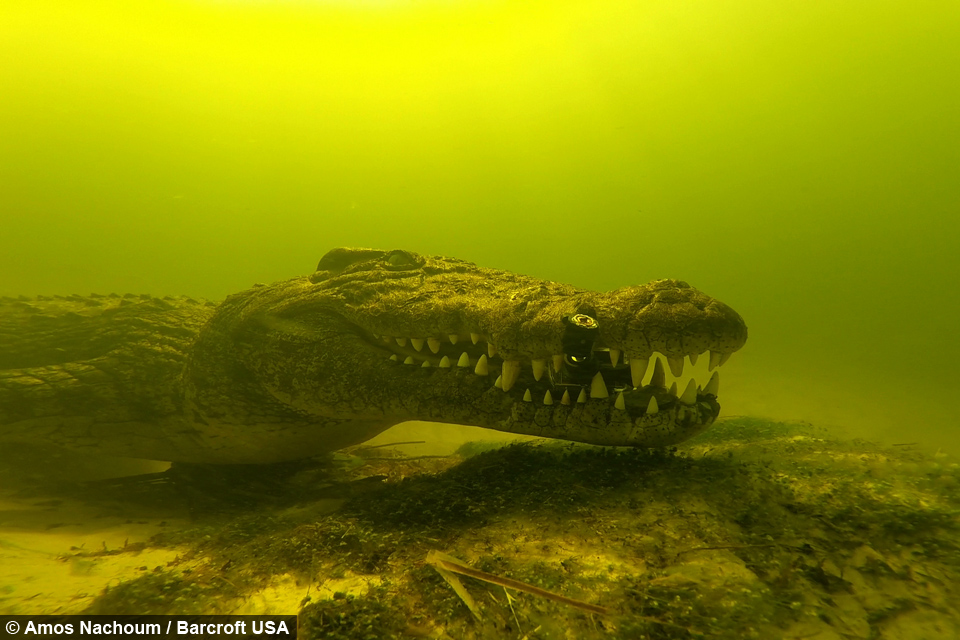 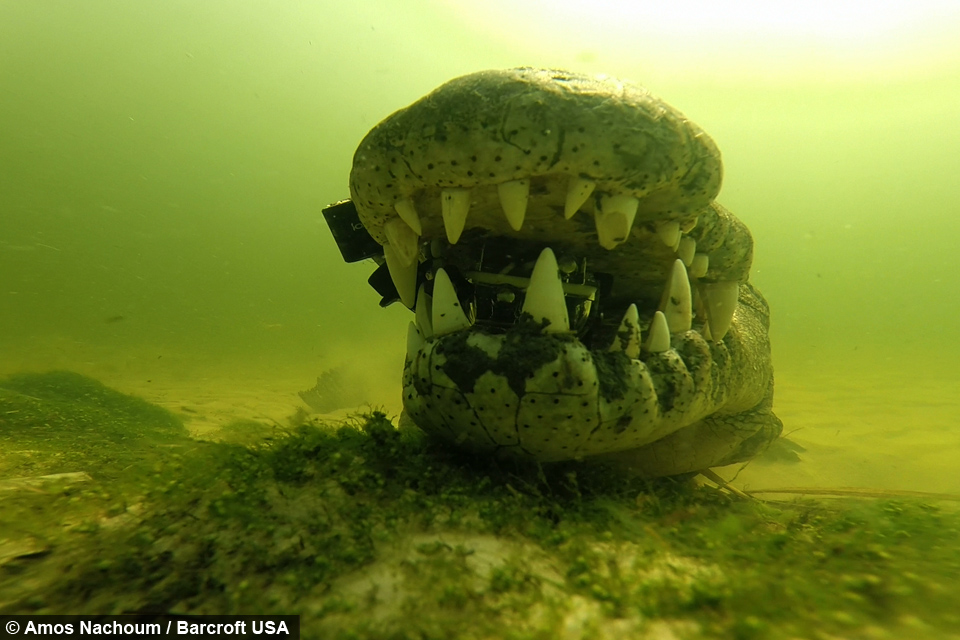 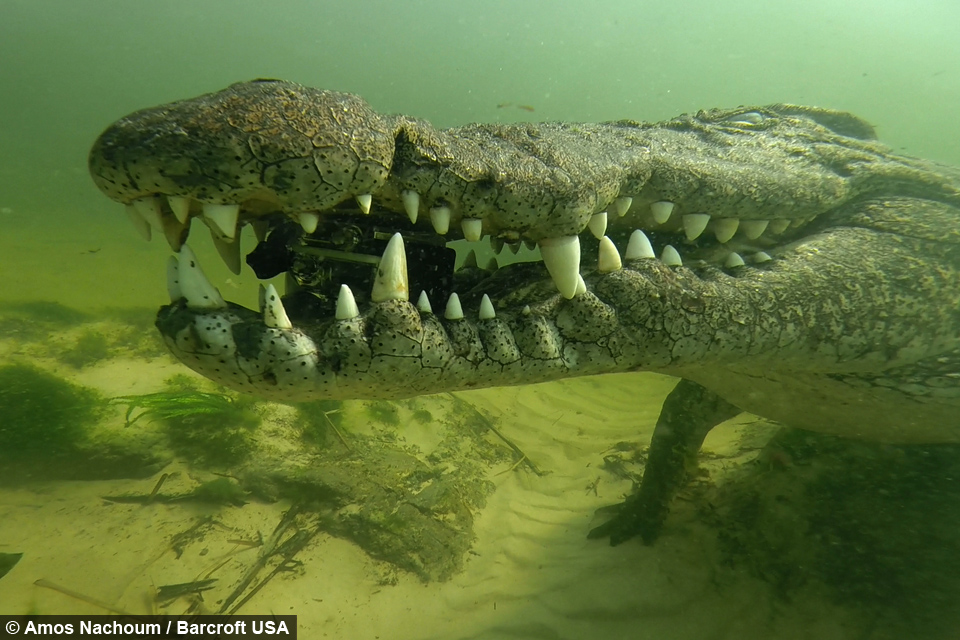 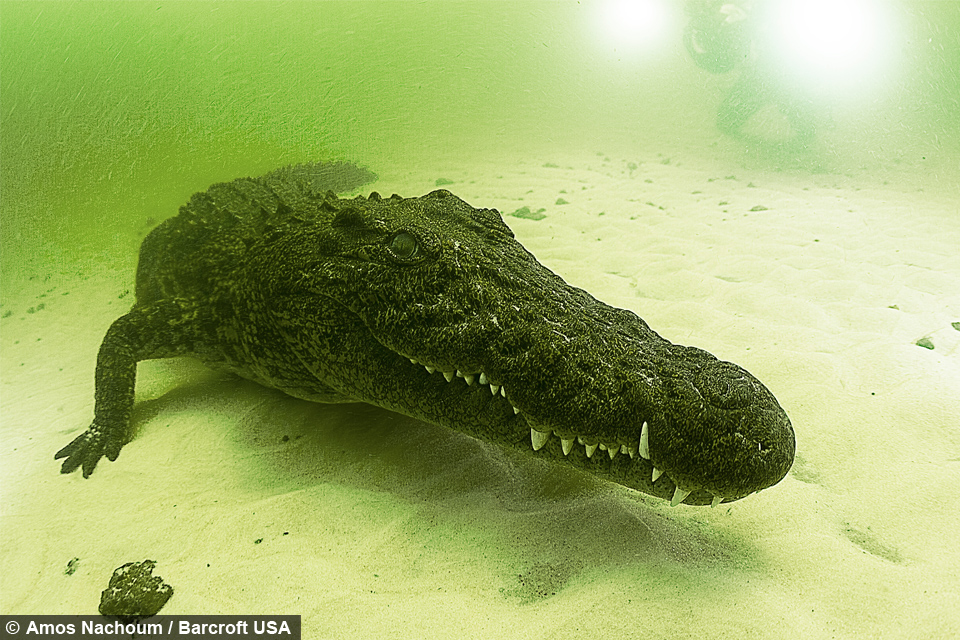 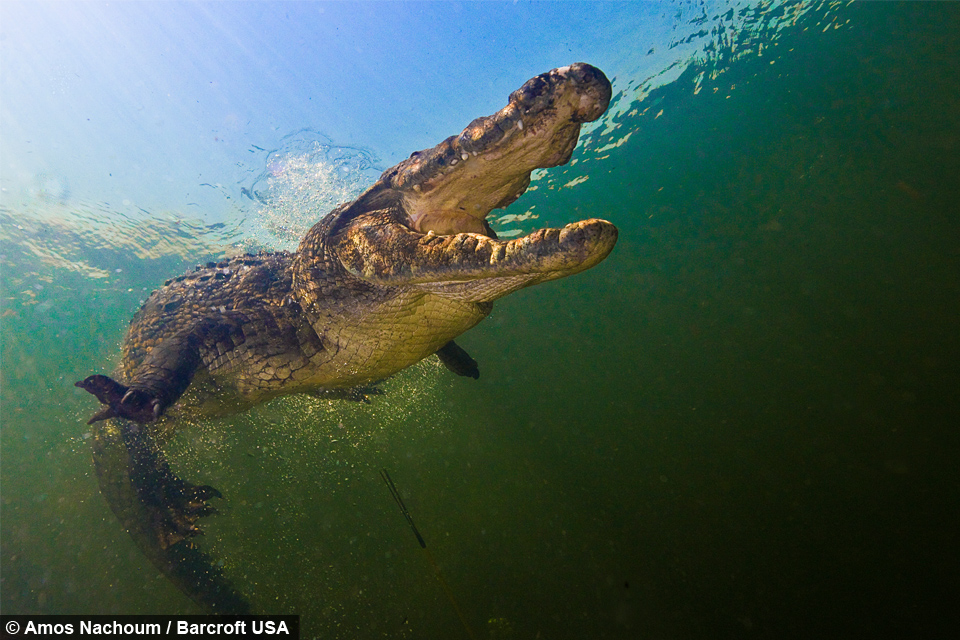 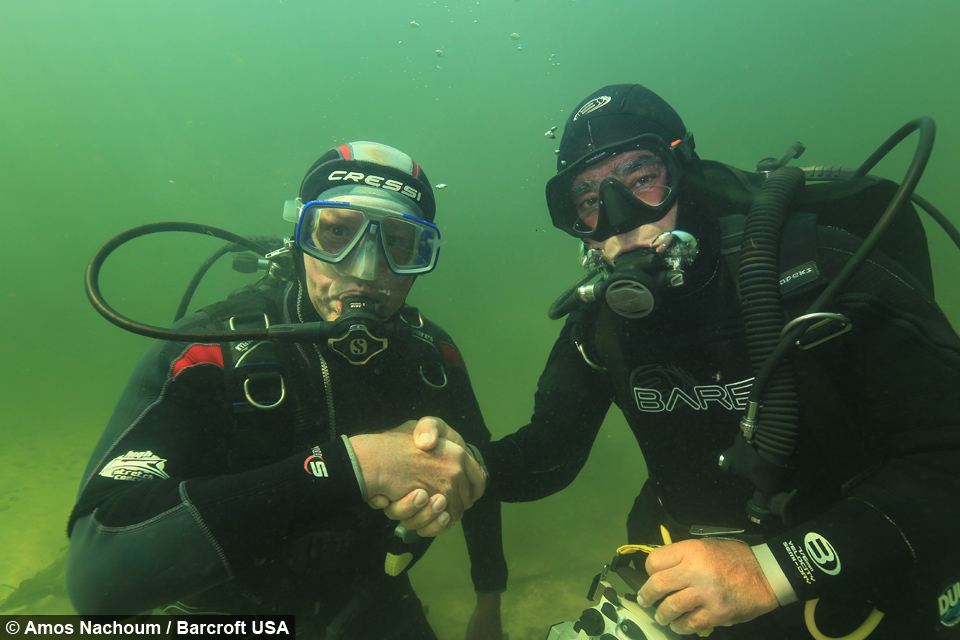