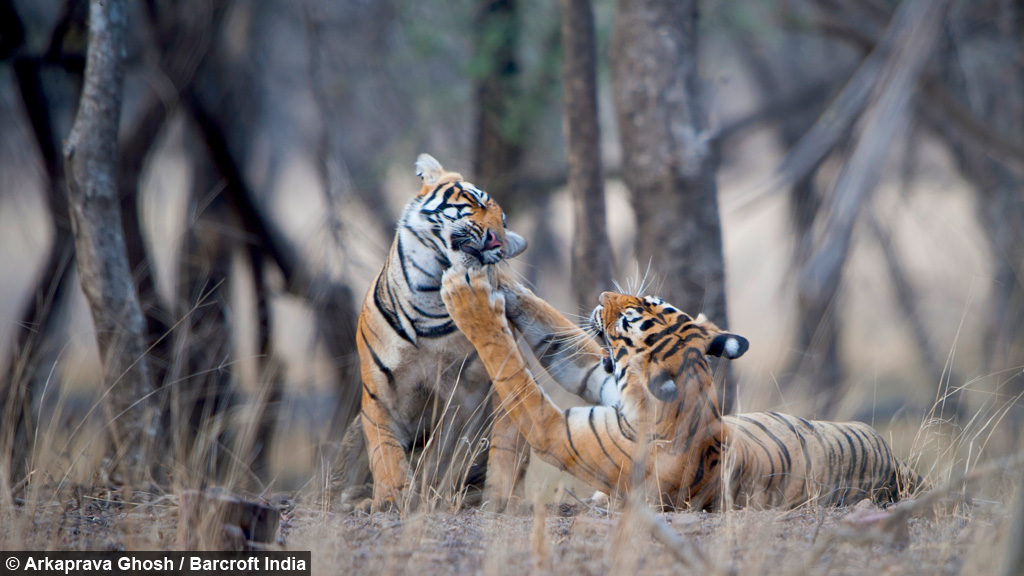 The playful cat was getting too close and becoming a pest, when its parent whacked it in the jaw - and roared in its face for good measure.

The young tiger has reached a stage in its life when its mother will gradually start to distance herself, as she prepares her cubs to go it alone.

The female, known as T-19, will stay with her cubs for another three to four months before they leave to find their own territories.

After receiving a stern telling off, the one-and-half-year-old cub continued to pester his mother in Ranthambore National Park in Rajasthan, India.

Photographer Arkaprava Ghosh took the photos when he visited the park with former Spice Girl Melanie Chisholm, who was visiting the park to promote the David Shepherd Wildlife Foundation’s TigerTime campaign.

The initiative aims to raise awareness of the threats to the animal's survival.

Melanie, known as Mel C in her days as a Spice Girl, said: “The thought of my daughter and future generations growing up in a world without tigers inspired me to take action.

“I have always loved tigers but my recent trip to India with TigerTime made me realise how important they are to the wider biodiversity of our planet.

“A wild tiger is an indicator of how well we are managing our planet and of good governance.

"The forests that the tiger lives in are the same forests that provide water and resources for millions of people and mitigate climate change.

"We have to protect wild tigers and with them, their vital forest homes.”

Deforestation and poaching have helped cause tiger populations to plummet across the world.

International Tiger Day is held annually on July 29 to give worldwide attention to the need to protect the animals.

It also found that the world has lost 97% of its tiger population in just over 100 years. 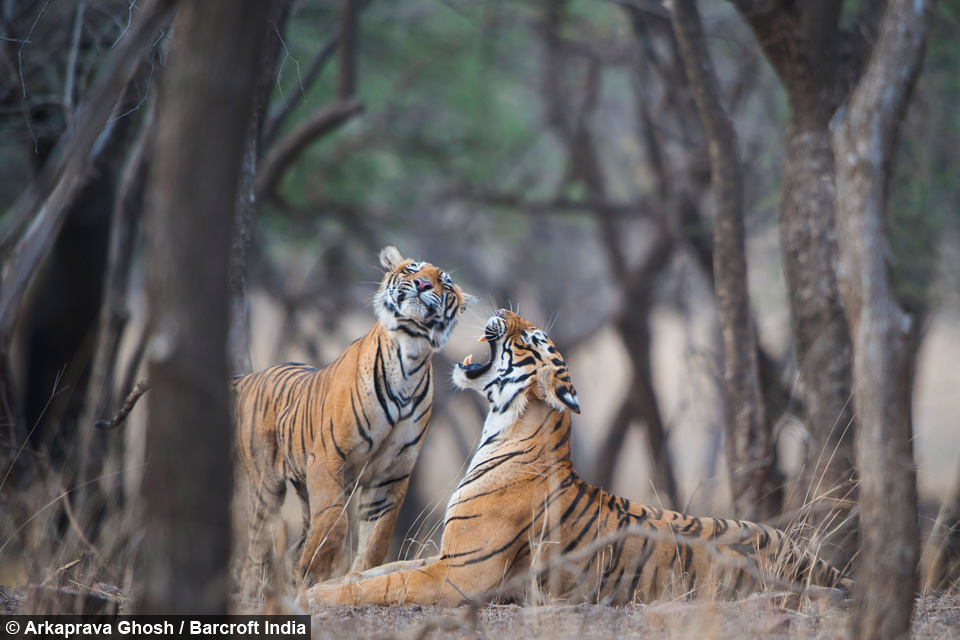 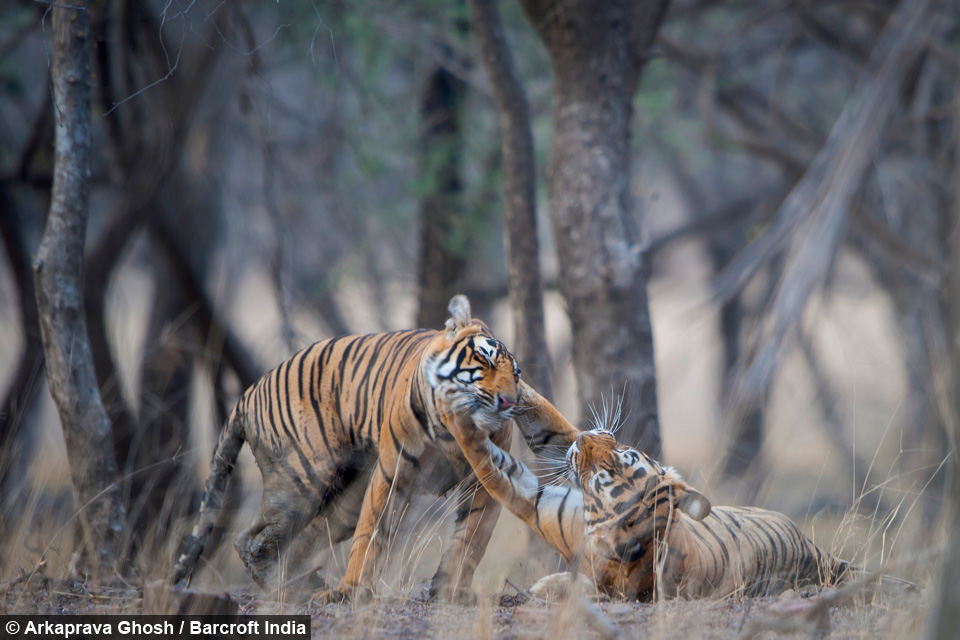 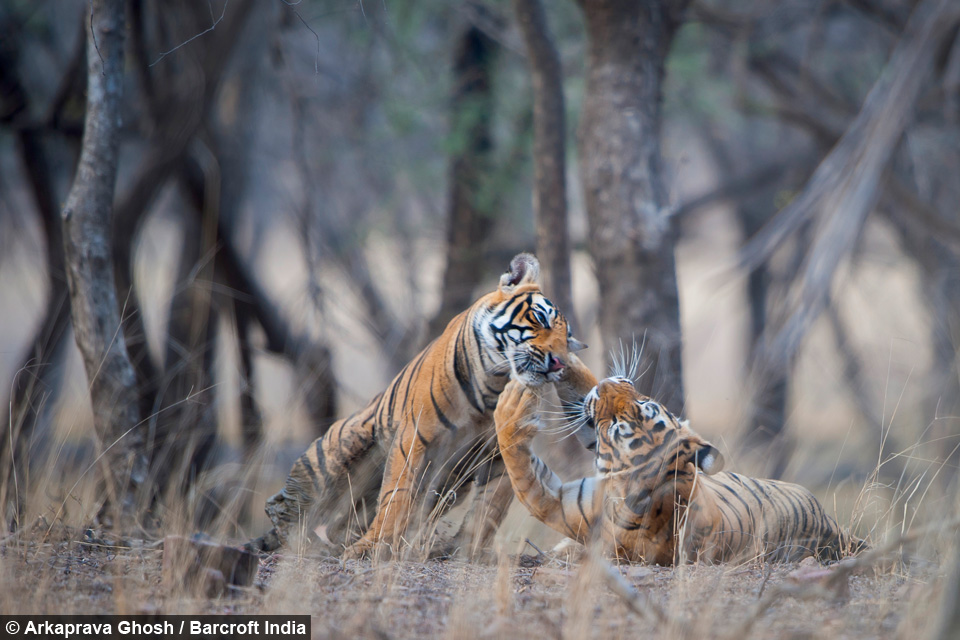 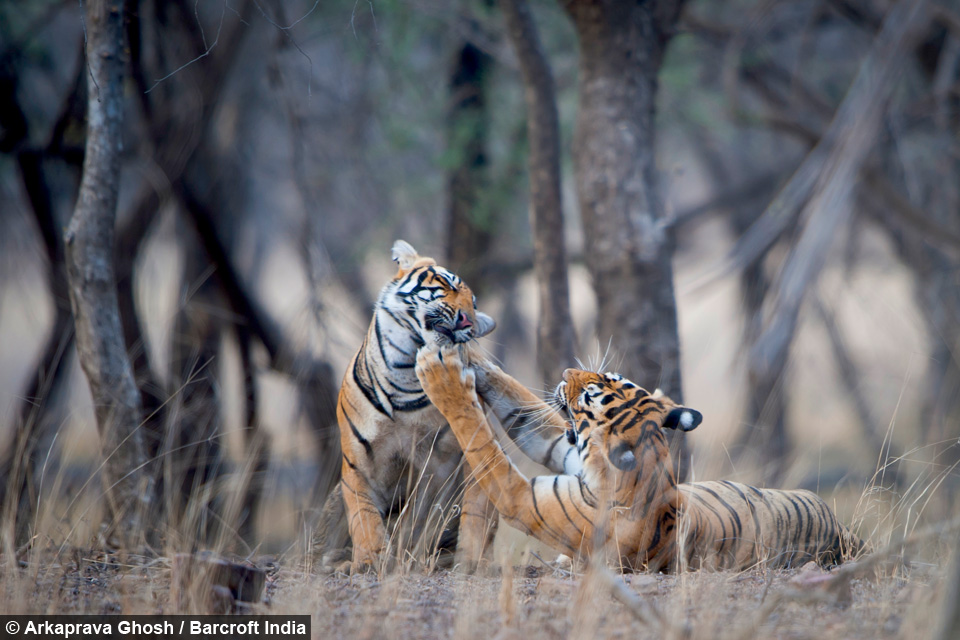 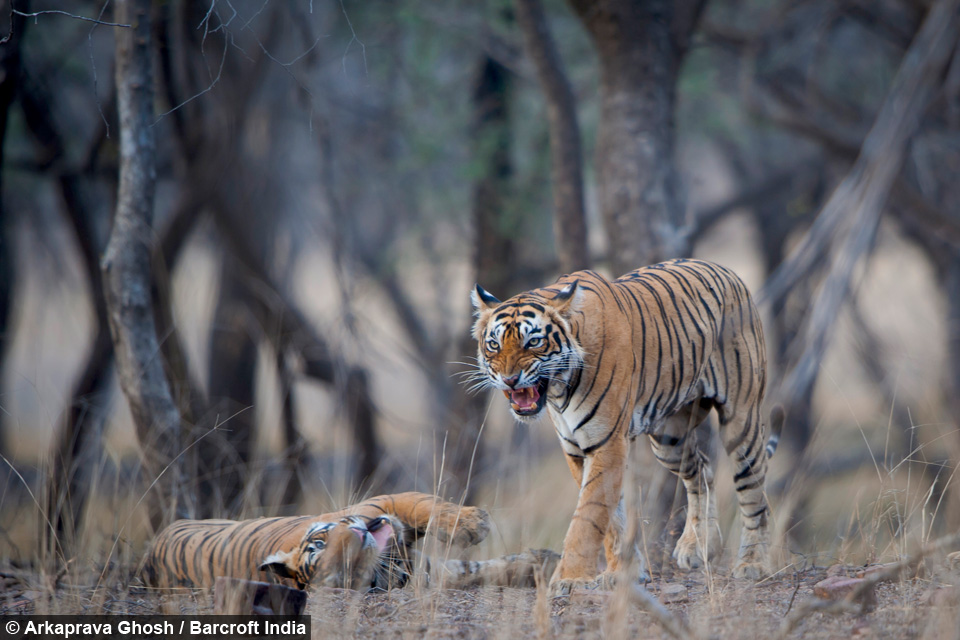