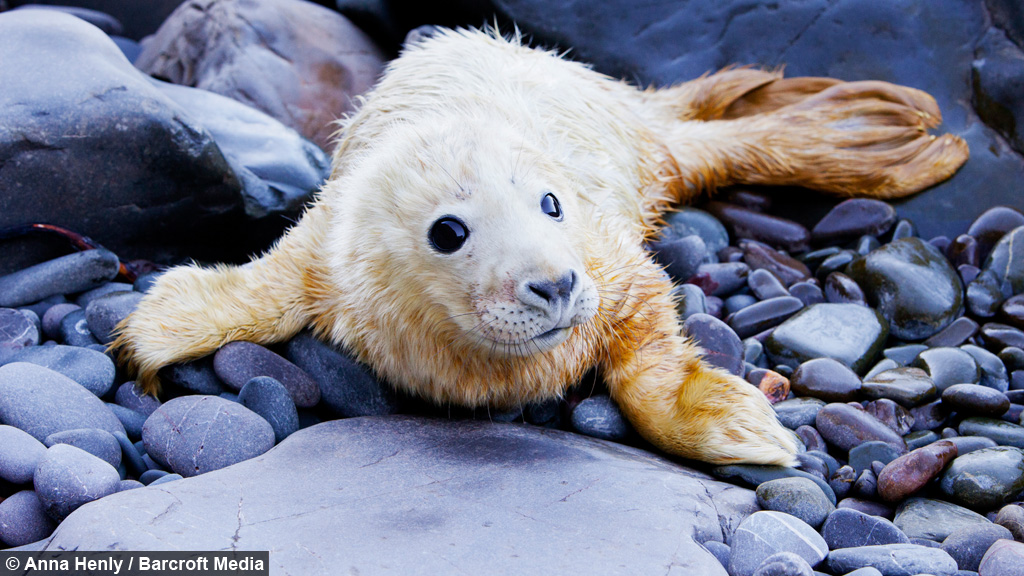 The cute pup was photographed resting on some pebbles - with its fur still yellow from its mother's amniotic fluid.

Edinburgh-based Anna Henly snapped the images last week, and believes it is one of the first grey seal births in the area this year.

“The seal is still wet and yellow from amniotic fluid - when it dries the stain fades and the fur becomes white and fluffy," she said.

"It was grooming its fur with its flippers, dozing, and very curious to check me out and sniffing around the rocks.”

Anna, who has twice won the BBC Widlife Photographer of the Year competiton, has visited the area every year for the last seven years.

She said some of the adult seals were waving their flippers about, while others engaged in playfights.

Grey seals are the largest breeding seals found in the UK.

Half of the world’s population of the grey seal is found off the British coastline - and unlike endangered species, the numbers have doubled since 1960.

The Scilly Islands and Cornwall host the first-born grey seals in August and September, and the time of pupping gets progressively later as you move clockwise around the country.

In December, the last pups are born off the east coast of Scotland and the Farne Islands.

Pups like the ones Henly snapped weigh roughly 14 kilograms at birth, but quickly put on weight due to their mother’s milk, which is made up of 60 per cent fat.

The blubber they develop is essential to maintain body temperature at sea.

When catching fish to eat, seals can dive up to 70 metres.

Henly was unable to divulge the location of the colony in order to protect the animals there. 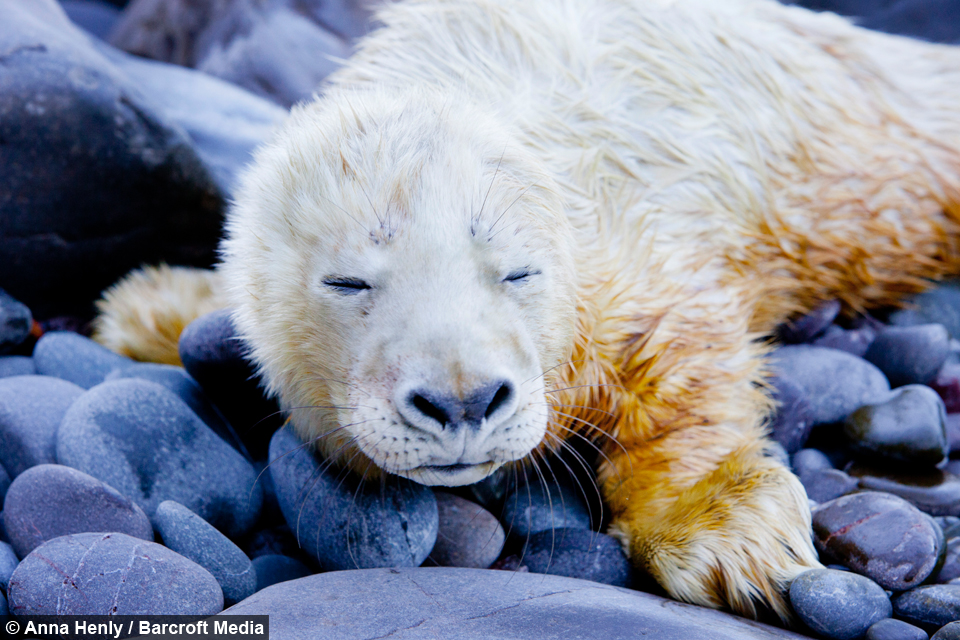 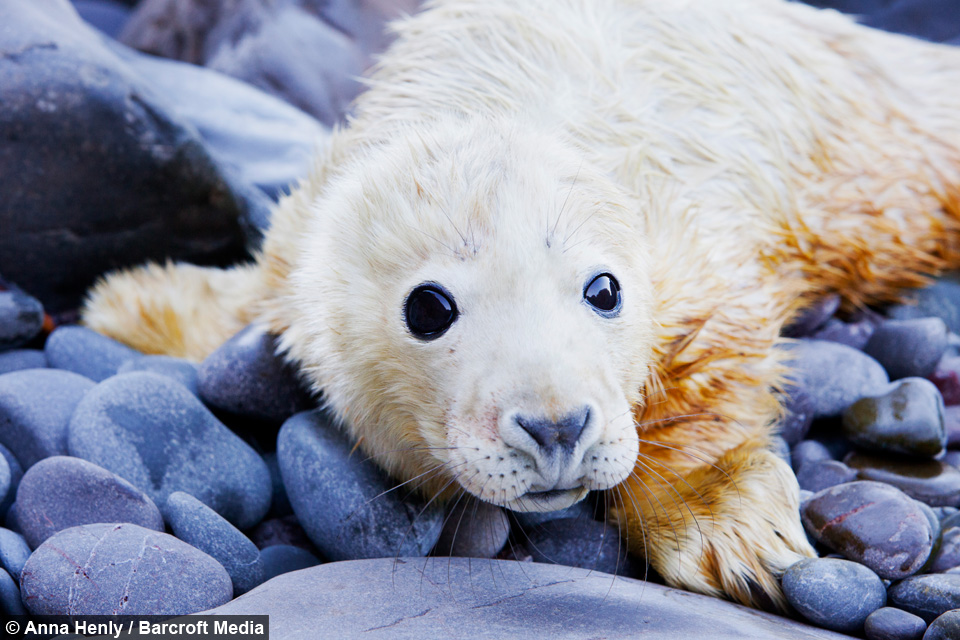 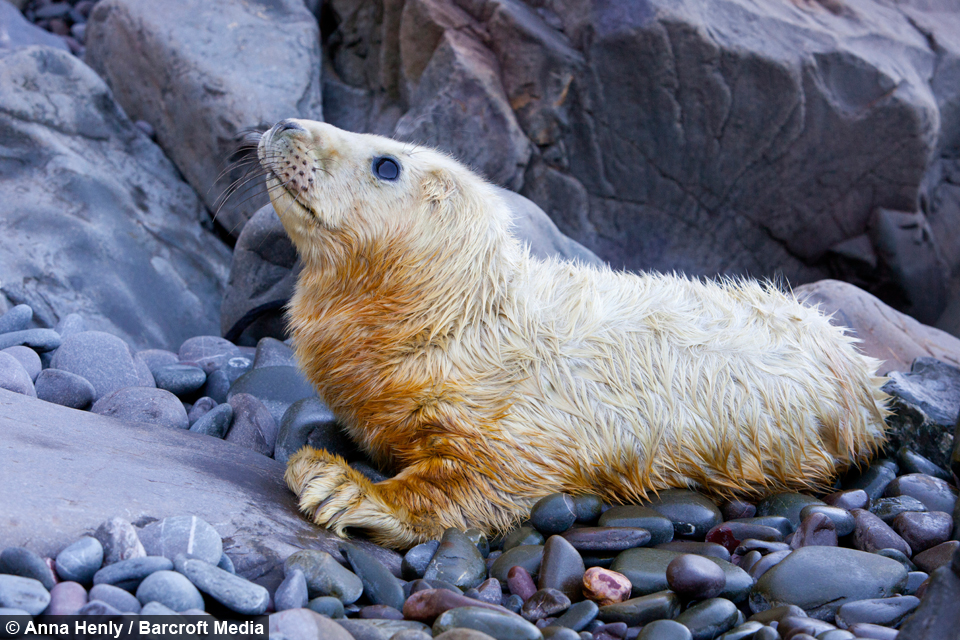 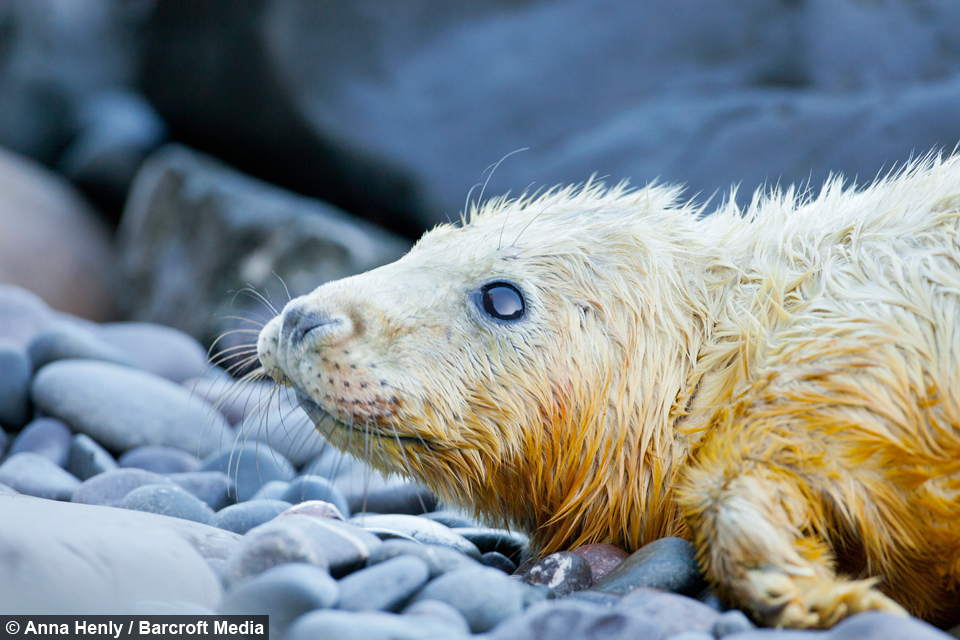 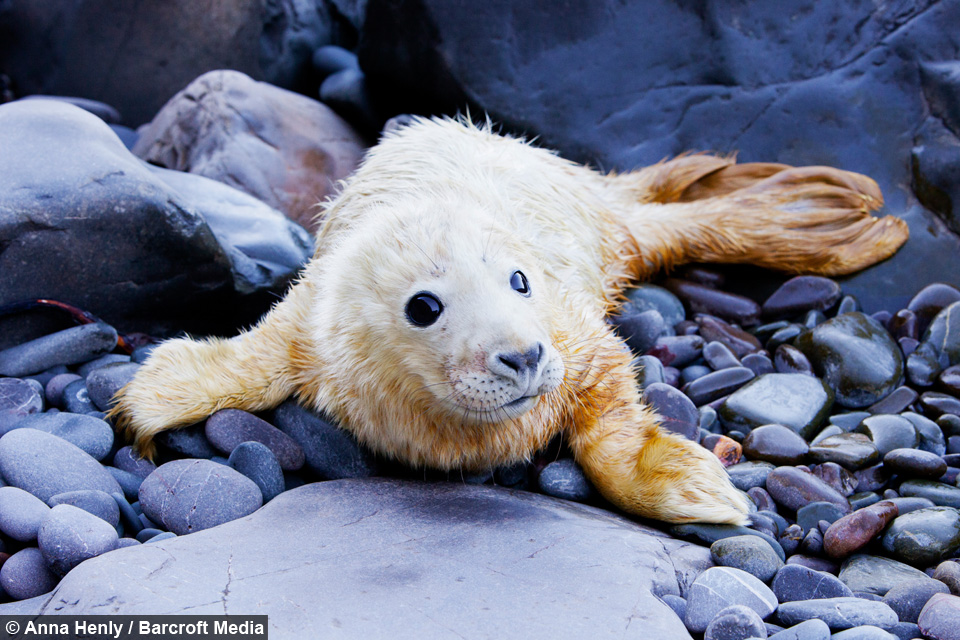