But Dutch conservation photographer Peter Verhoog decided to go one step further - by posing for a personal shot with a passing great white shark.

The 59-year-old, a director of the Dutch Shark Society, leaned out of the divers' cage to capture these spectacular frames off the coast of Guadeloupe, Mexico.

Due to the high water temperatures caused by El Nino, Verhoog only saw four sharks in three days during the dive - meaning he had to be quick on the shutter button.

Peter, who shot the startling selfies in September of this year, said: “I began making selfies with all kinds of sharks – mostly for fun.

“Only later I realized that they could show people what sharks are like – when behaving normally, there is no danger.

“People are not a prey for great white sharks – they feed on fish and marine mammals like seals.

“Furthermore, they are careful predators, and sometimes examine people by bumping into them, or taking a bite – the famous 'mistaken identity'.

“Then they let go – we are just not as fat and nourishing as a seal is. But a bite can be fatal.

While Peter insisted that the shark posed no threat, this particular selfie is one that few people are likely to want to recreate any time soon. 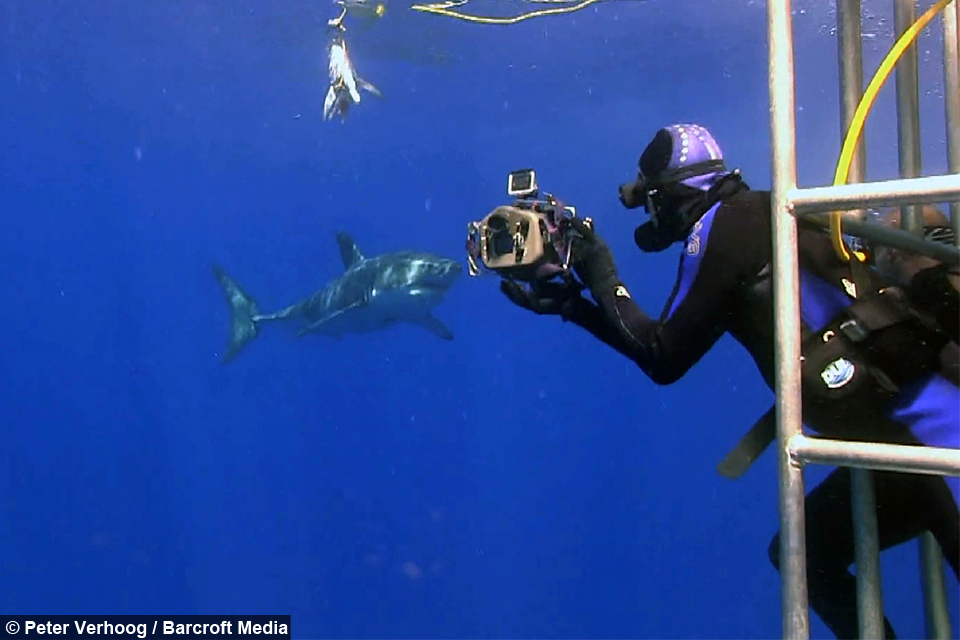 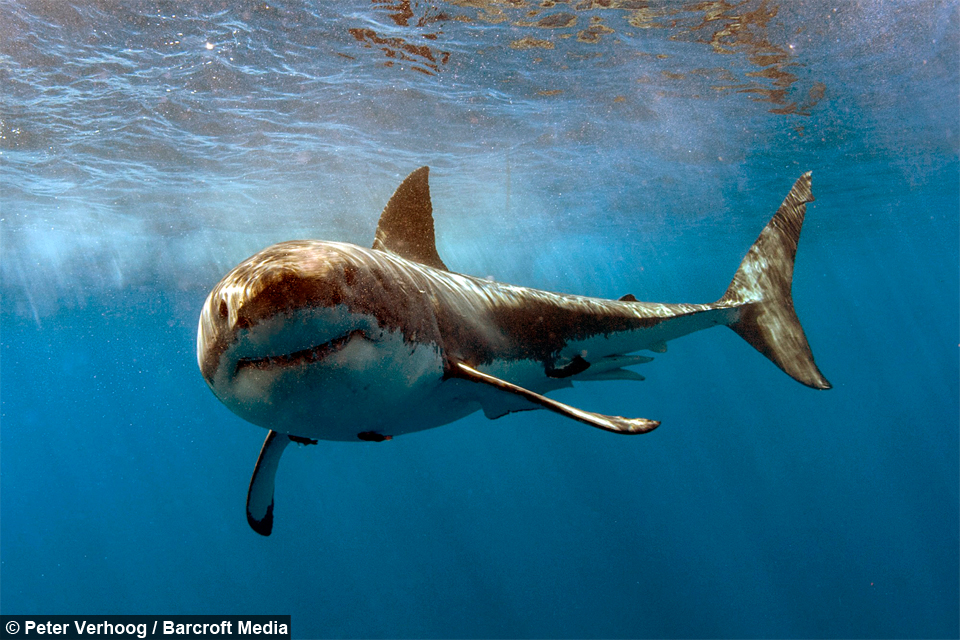 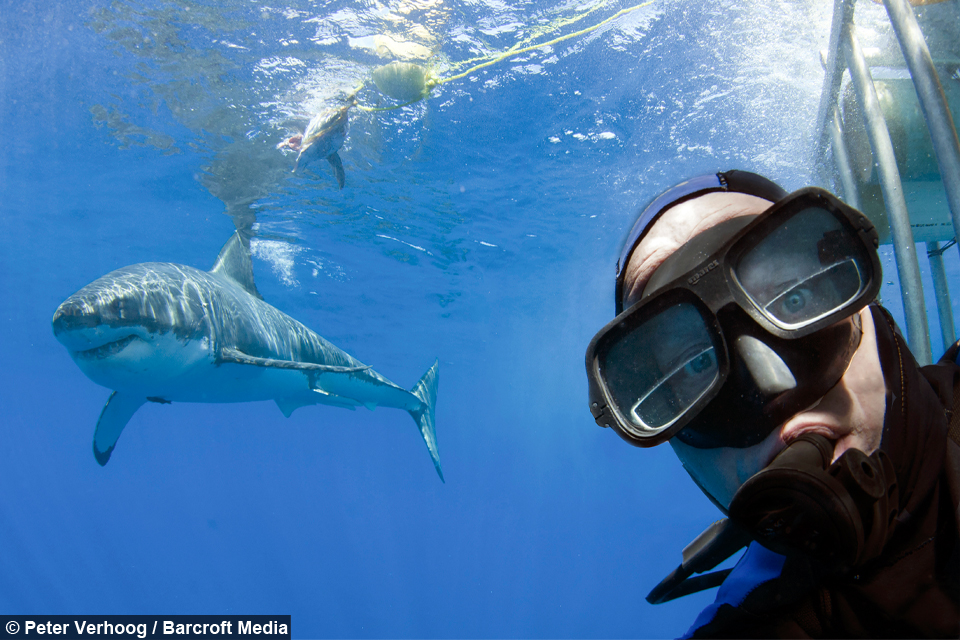 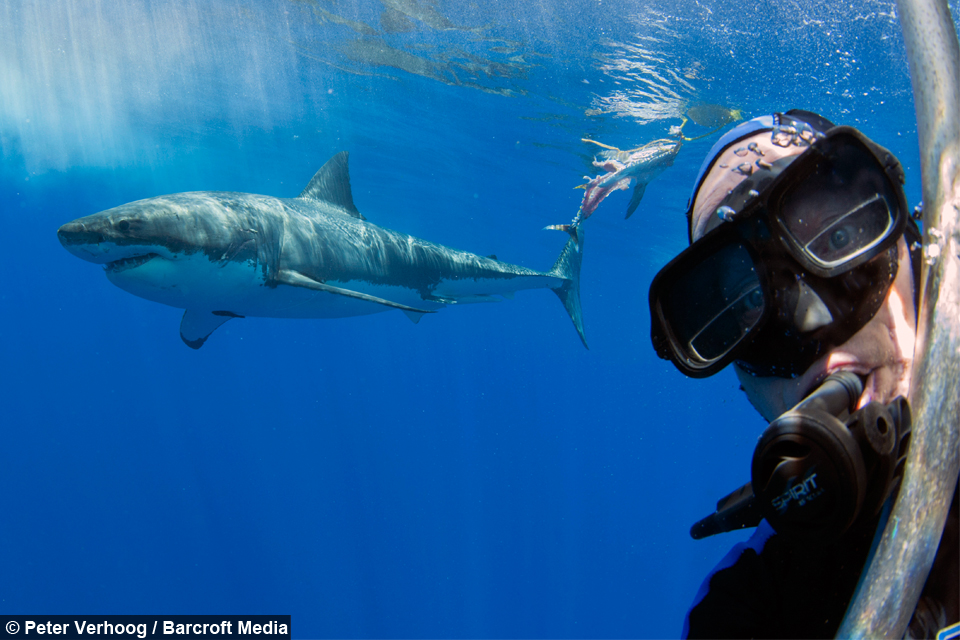