This incredible footage was captured by filmmaker Kurt Roll, 15 miles off the coast of San Diego, California.

The phenomenon of dolphins swimming with sea vessels is known as 'bow riding’, where the intelligent mammals enjoy being propelled by the current of the boat.

This unique video, shot in 2014, shows the loveable creatures weaving between each other as they glide through the surf, while leaping out of the ocean as they race the boat.

And Kurt, 58, insisted that filming the group of around 50 dolphins from an aerial perspective was an amazing experience.

He said: “I hadn't filmed dolphins with my drone before but I had previously captured whales in a similar way.

“There were roughly 50 dolphins swimming along with my boat, but in the past I have seen hundreds - they are common to the San Diego area.”

In 2013, he filmed a similar group of dolphins in Baja California, Mexico, swimming underwater alongside his boat.

He said: “I absolutely loved watching these amazing animals move and people really seem to love my video – who doesn't love dolphins?” 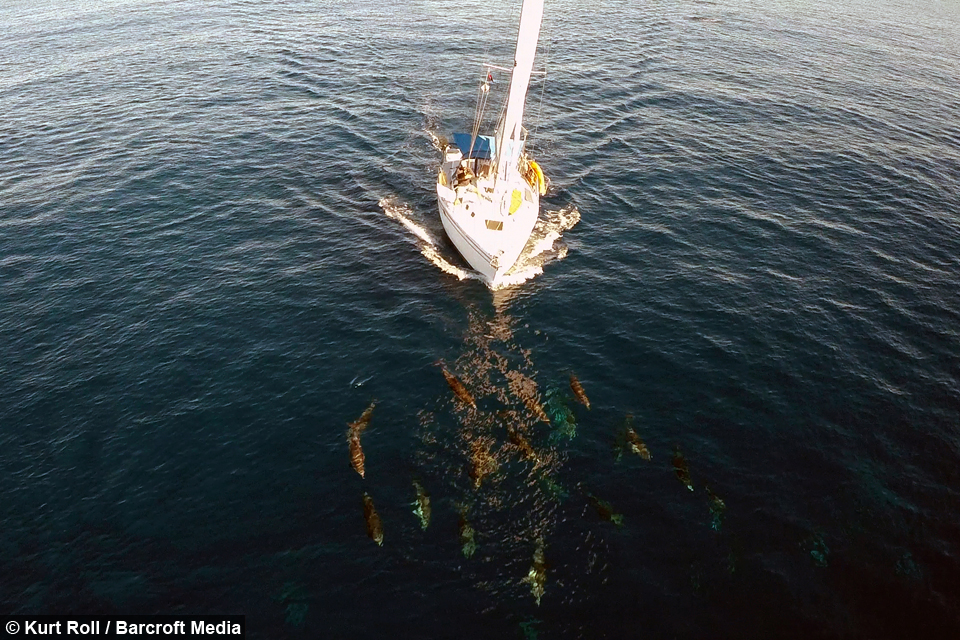 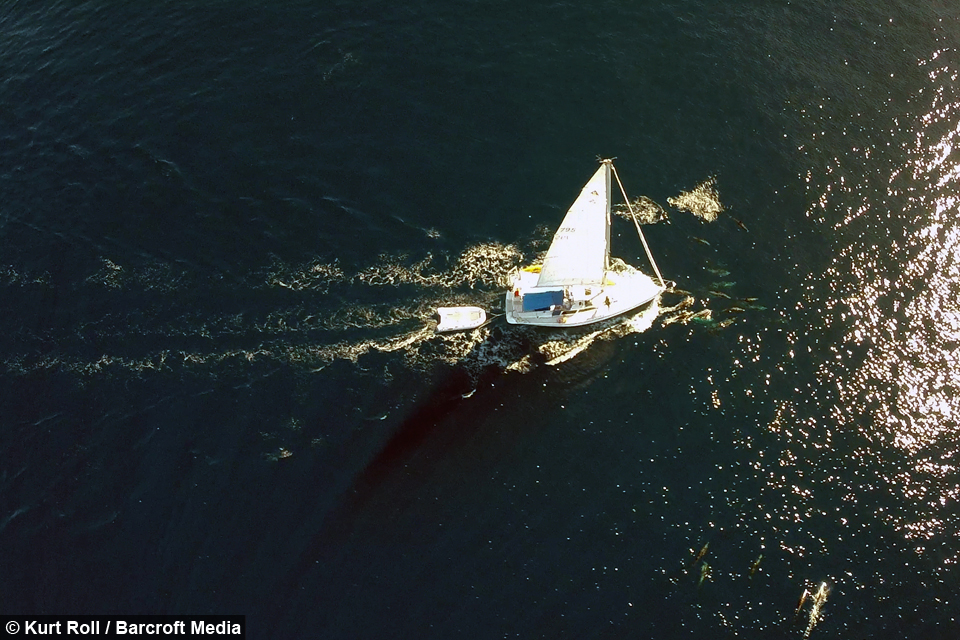 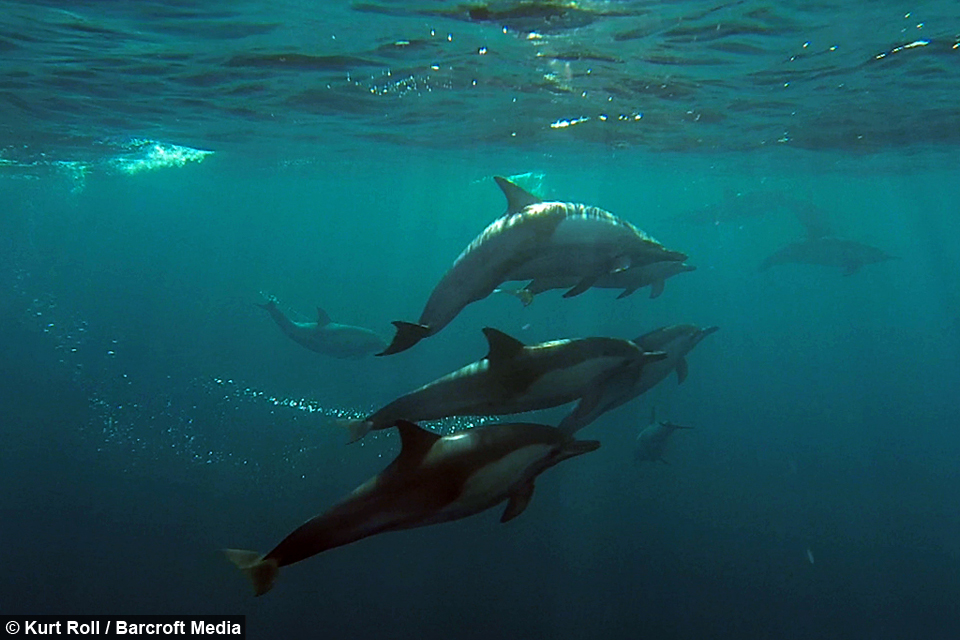 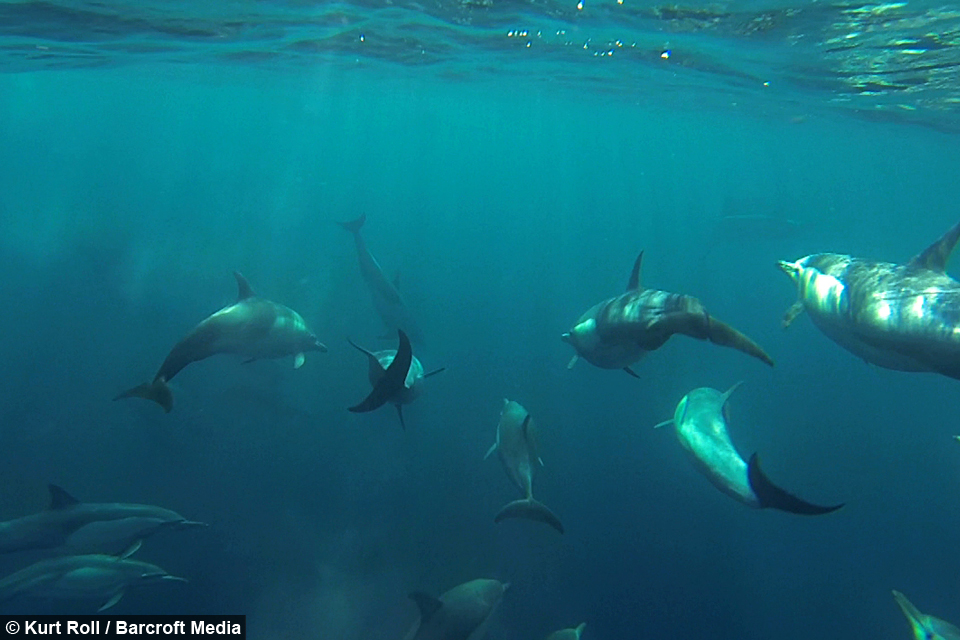 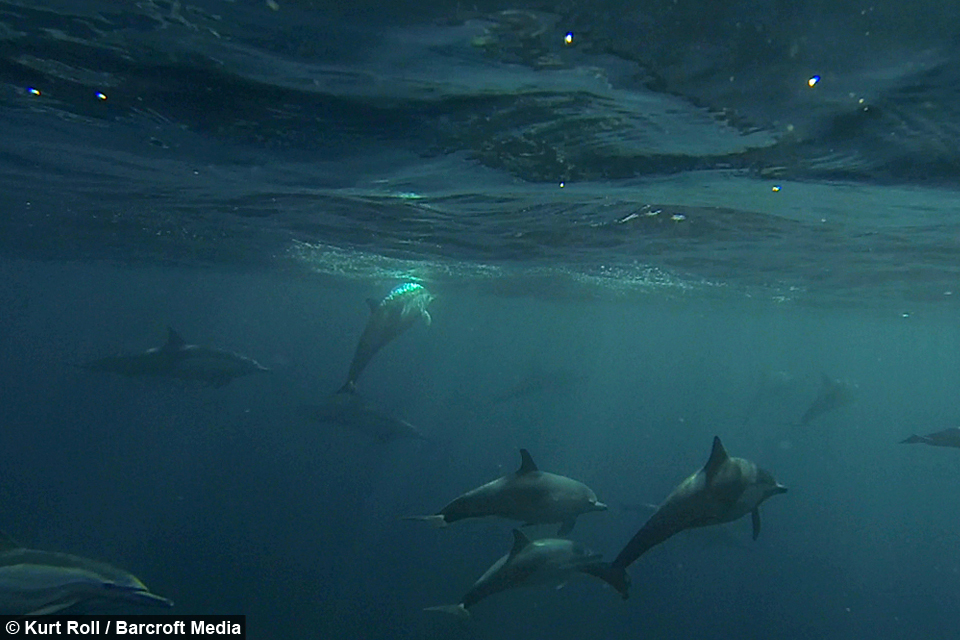 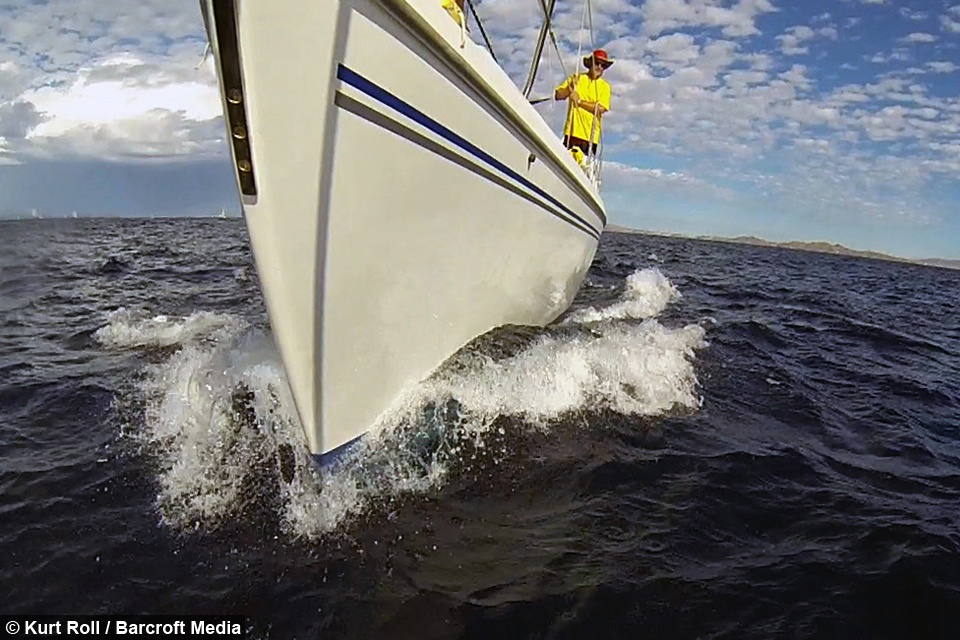