Samaya Clark-Gabriel, from Brooklyn, New York, regularly trains with high school students twice her height and has an impressive array of tricks in her repertoire.

She wowed crowds during the half-time show at a Harlem Globetrotters game in December last year by simultaneously dribbling two balls between her legs whilst BLINDFOLDED.

The pint-sized star only began playing aged six, but is already able to easily outmatch her dad in a one-v-one.

Samaya told Barcroft TV: "I think that I could beat my dad in basketball because everytime we are in the hallway practicing he’d try to do a move and he always messes up."

Dad Wayne added: "I know she can beat me because she beat me before, I have it recorded. She definitely didn’t get her skill from me.”

Samaya was initially taught a few moves by friends, but took to YouTube tutorials to hone her talent - and now has a gruelling workout routine.

The prodigy works out three times a week, for two or three hours at a time, as part of her trainer Justin Bright’s ‘Humble Development’ programme.

He said: “My initial reaction when I had first saw Samaya’s basketball skills, I was very impressed, because I have never seen a kid do the things that she can do on the court.

“The training we do is very intense, it’s not your average training, it’s at a high level of endurance, mentally draining, physically draining and I am constantly yelling and pushing her so it’s kind of tough.

“When I train Samaya we work on ball handling, all of her weaknesses, her passing ability, her left hand, her right hand, dribbling, jumping, being athletic, being strong, being quick to the ball, her reaction time and we work on IQ in terms of understanding situations.

"I definitely think she has what it takes to play in the WNBA (Women’s National Basketball Association).”

Samaya trains alongside a number of teenage players, and her skills can’t help but attract the attention of fellow players and onlookers.

Dad Wayne said: “People are in shock when they see her moves.

"When Samaya’s at the park playing around she always gets attention from the adults playing at the next court, coming over to ask how old she is, and all the little kids running up to her, because they recognise her from Instagram and YouTube."

Samaya said: "When I am on the basketball court it makes me feel good because everybody gets to see all my cool moves that I’ve been practicing and people say to me: “Wow, how are you so little but you dribble better than me?

"I hope for my basketball career that I will be a superstar and I will be on TV and be on different shows all around the world."

But despite her big ambitions, Samaya’s parents are determined to keep her young feet on the ground.

Mum Egypt said: "She knows school comes first. The better she does in school, the more she can keep playing. But schools first.

"She could do anything she put her mind to, but wherever she wants to go, she will have our 100 percent support.” 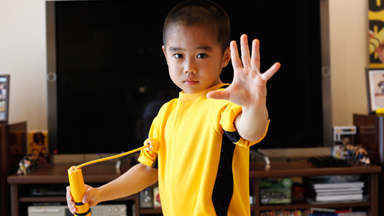 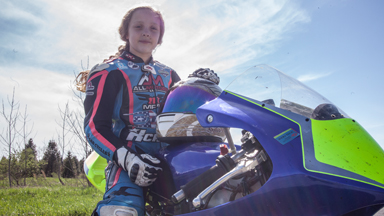 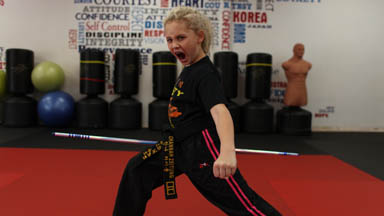