I Found My Father's Killer

Joselyn Martinez, then 9, was at home on November 22 1986 in the Washington Heights district of Manhattan, New York, when her grandmother received the call that would turn her entire life upside down.

Her father, local restaurant owner Jose Martinez, had been shot outside his workplace after ejecting three youths who were reportedly harassing members of staff.

Joselyn said: “I didn’t take it seriously, my parents taught me that if I prayed everything would be okay, so I was thinking everything’s going to be fine because God’s going to listen to me.

"I woke up in the morning and I just couldn’t believe the screams I heard, it was whaling that I never heard before, coming from my mum. I couldn’t explain the sound or the feeling of hearing that sort of whaling."

The killer fled New York before police had a chance to arrest him - leaving the Martinez family distraught.

Joselyn said: "It was horrific, disastrous, we were never the same. The killer was identified, he was from the area.

"Before they identified him, he was on a plane the next day. He shot my dad and then caught the next flight to the Domician Republic."

In the Dominican Republic, 16-year-old Justo Santos later admitted the shooting, but claimed it was accidental and in self-defence.

In 1989 he pleaded guilty under Dominican Republic law to the involuntary manslaughter of Joselyn’s father. He paid a fine and spent one year in jail.

However, since there was no extradition agreement with the US at the time, the NYPD closed the case. But Joselyn remained haunted by the thought of the man who slayed her dad walking free.

She said: "My father was killed, and I’m just supposed to forget it, like it never happened? I don’t think so. It doesn’t bring the person back, but justice has to be done. It’s a need.”

Joselyn threw herself into a frenzied period of internet research, combing through social media sites like MySpace and Facebook.

She said: "I can’t tell you the hours I put in, I was obsessed. I just thought ‘I’m gonna get the guy, I’m going to find him, and I’m going to get him arrested.’

“They said that everyone is separated by six degrees, so I just figured that someone had to know him."

In January 2013, Joselyn managed to gain access to one of the NYPD’s files on her father’s case, in which she found Santos’ date of birth – a vital piece of information, and the beginning of a breakthrough in her online search.
The following month she found Santos living in Miami and working as a janitor in a police station.

She passed what she believed to be his home address on to an NYPD cold case detective and after a few months investigation, Santos was arrested.

Joselyn said: “When the arrest was made it just felt like relief, like a huge burden had been taken off of my back."

But on October 24, the judge ruled that the District Attorney had waited too many years to bring the charges and the case was dismissed.

However, in July 2016 Santos was convicted in Miami for immigration fraud. He had not declared his criminal record on his citizenship application - a crime which carries a sentence of up to 10 years.

And despite Santos not facing any charges in relation to her father’s death, Joselyn says the conviction has freed her from the past.

She said: “My family feels very happy, satisfied, it has actually brought us closer.

"I feel like I can move on with my life now, I didn’t realise how much it was affecting me, it was such a big part of my life. I feel free.” 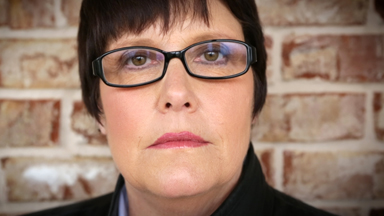 I Solved My Best Friend's Murder

I Found My Father's Killer