SOME people like their street-food hot, but this paan stall in New Delhi is taking things to to the next level - by setting it on fire

Pradhuman Shukla's family has owned a food stall selling paan in Delhi, India for 20 years and they're changing the paan game.

Paan comprises a betel leaf stuffed with areca nut and occasionally tobacco and is chewed as a stimulant and then spat out or swallowed.

But Pradhuman, 31, has reinvented the traditional Indian snack and has been attracting hundreds of brave customers by lighting the paan on fire and forcing it into their mouths.

Paan is believed to have medicinal properties, treating colds, flu and sore throats. In fact, it was due to a customer complaining of mouth ulcers that the fire paan was invented.

Pradhuman said: "I once had a customer who used to come here daily. He always had a sore throat and would tell me: ‘Make me paan. I have mouth ulcers.’ I would make him paan daily and every time he would say: ‘ I didn’t cure.'

"Then one day a guy who used to work here burnt the paan and gave the paan to the customer. That day he said, ‘Yes, my ulcers have cured.’

"Two men were standing near him and when they saw the fire paan they said: ‘What is this? This is a new concept. Make one for us too.'”

The fire paan looks dangerous, but according to the shop owner, the fire gives a cool sensation once inside the mouth.

He said: “We know it’s a bit risky but people are enjoying it. I started with just one paan but now we make around 100 daily.

“People get scared when they see it for the first time. But all of them try it once. It doesn’t have any side effects. Its like a normal paan.

“I know how it works. I have tried it before. It’s safe and won’t cause injury to anyone. Some people may not find it tasty but no one has been hurt with it.”

Pradhuman’s fire paans are made up of sweet masala, added with a little ice and Rooh Afza - a concentrated squash drink.

One of Pradhuman’s regular customers, Pradeep, has been coming to the stall for paan for the last 20 years.

He said: “It’s fun to have this fire Pan. People enjoy it.  You are taking fire in the mouth so you know this is super exiting. People should give it a try.” 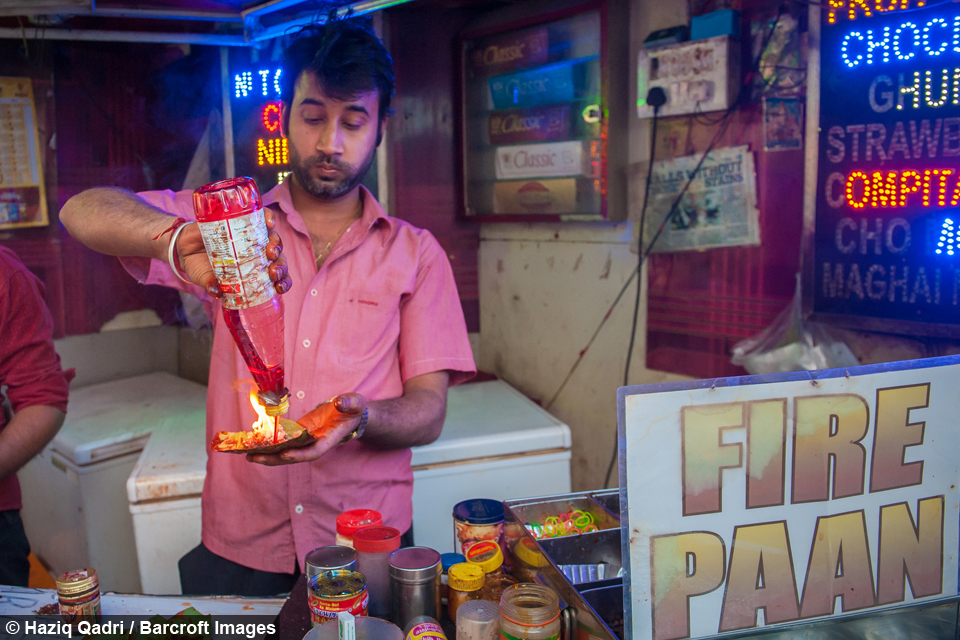 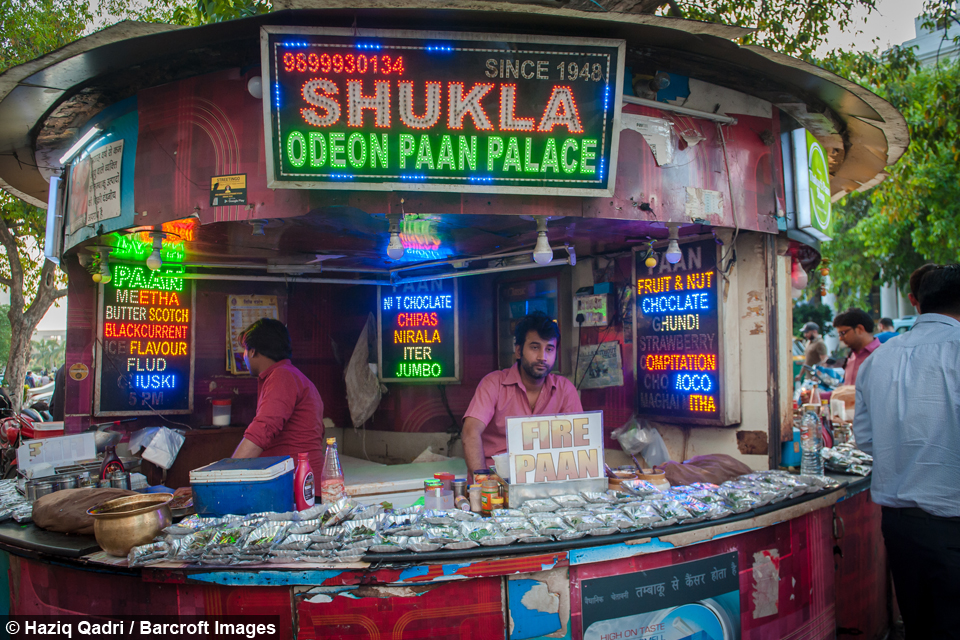 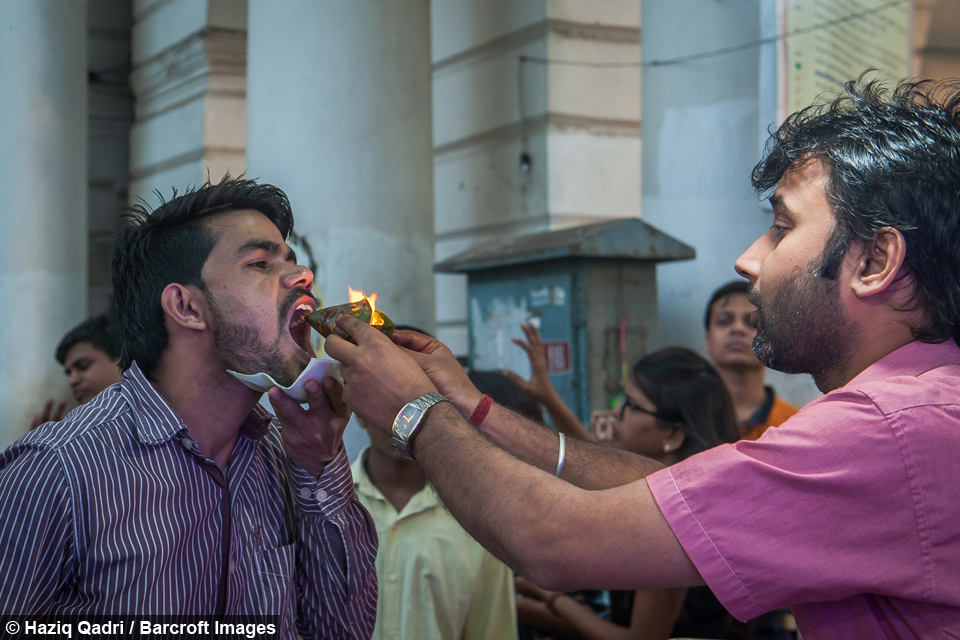 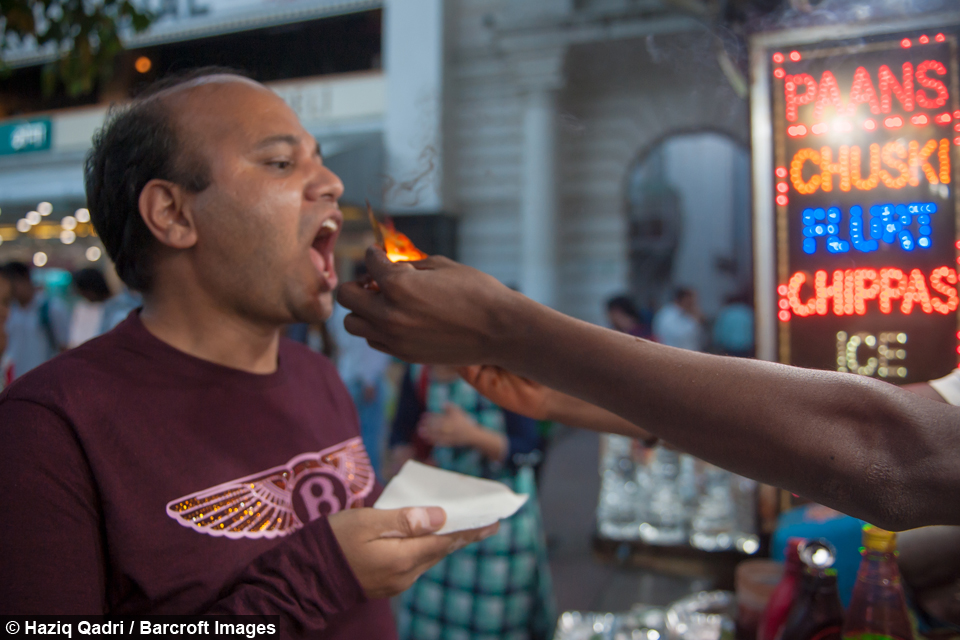 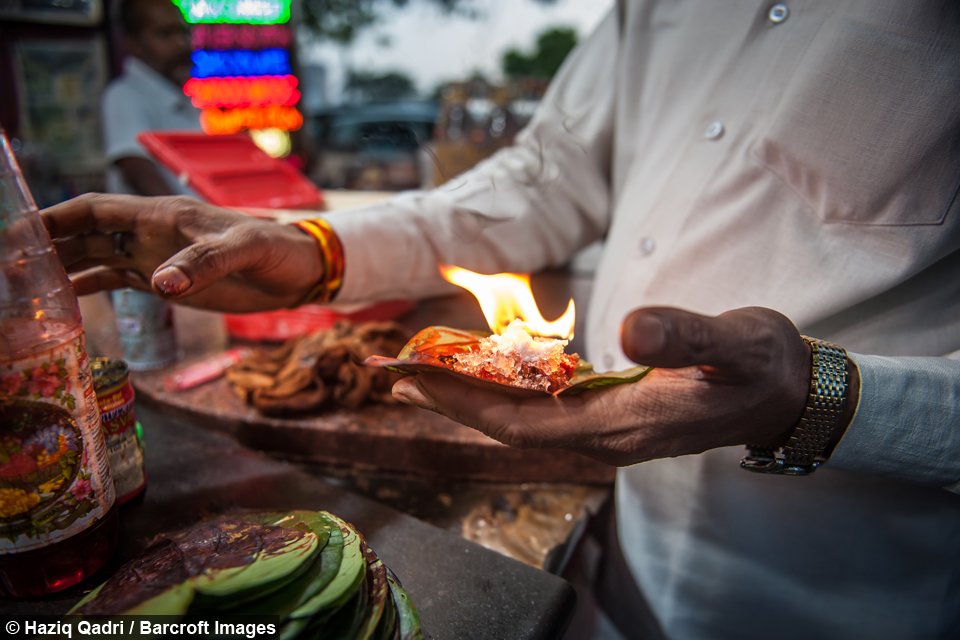 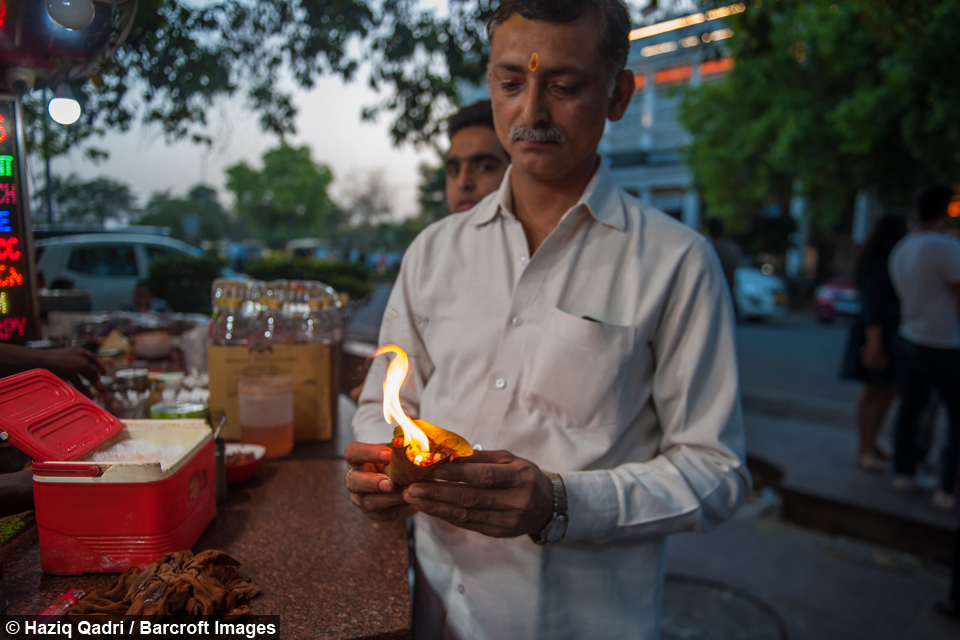