WITHOUT warning, a gaping mouth full of dagger-like teeth opens up before you

The jaws chomp downwards in a flash and the last thing you see are gums, gills and a watery stomach cavity.

This is what it feels like to be ambushed and eaten by the world's largest predatory fish.

The amazing close-quarters footage of a great white shark attack was captured using just a remote camera towed behind a small boat.

This 4m shark had been lurking nearby when it attacked the would-be seal.

Luckily the boat didn't capsize and the only damage was to the tow-cam’s fibreglass case.

This is just one of the amazing underwater sequences captured by Charles Maxwell, a 68-year-old cameraman and diver who lives in Cape Town, South Africa.

Elsewhere, he filmed dozens of cape fur seals follow the boat’s path along the seabed while a pod of curious dolphins also join the ride - as well as scores of other marine life.

The footage was collected over several trips off the Cape Town coast.

The Emmy-award-winning cinematographer said: “I can monitor and control the camera from the boat so I see it all in real-time, which can be quite scary at times.

“I found that the white sharks often hit the towcam from the side, in the same way that they attack a seal.

“Then, without warning, the camera angle goes berserk and the attaching cable pulls taught with such force that the boat is slowed down.

“When I put out to sea, I never know what to expect to encounter as our seas are so rich in marine life. For that reason I often have my towcam on board in case a suitable opportunity comes along.” 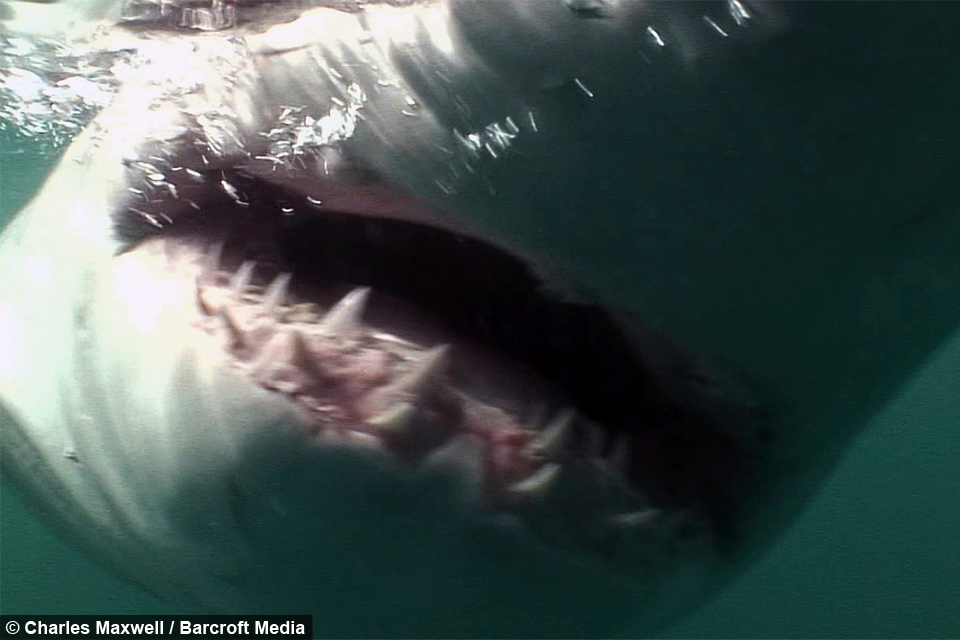 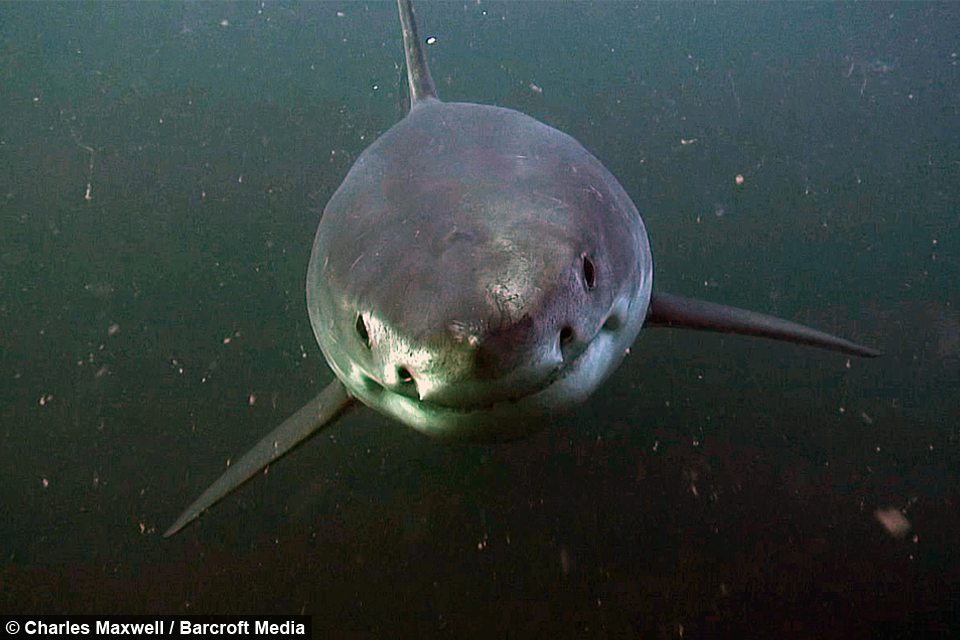 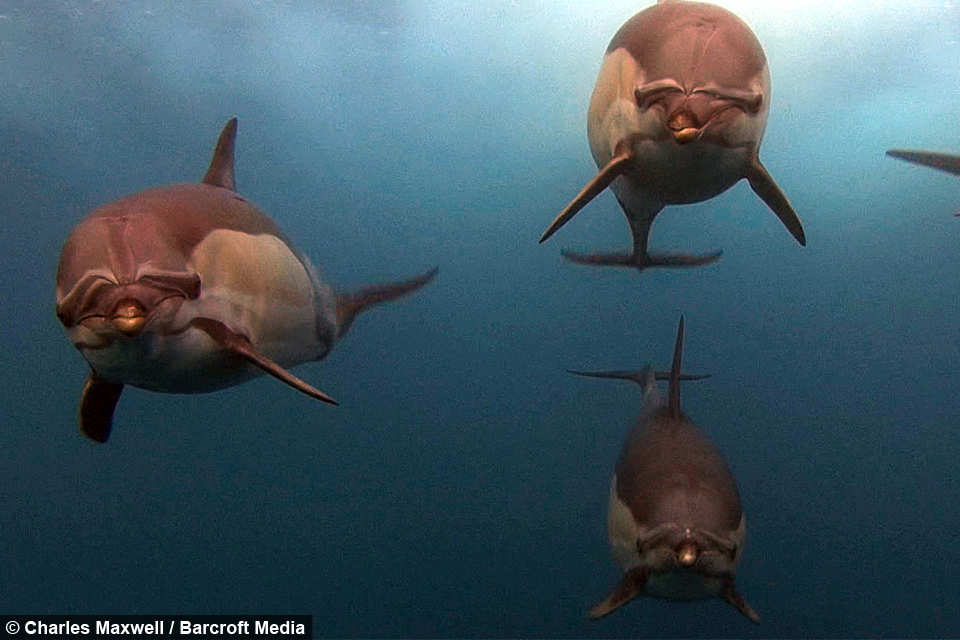 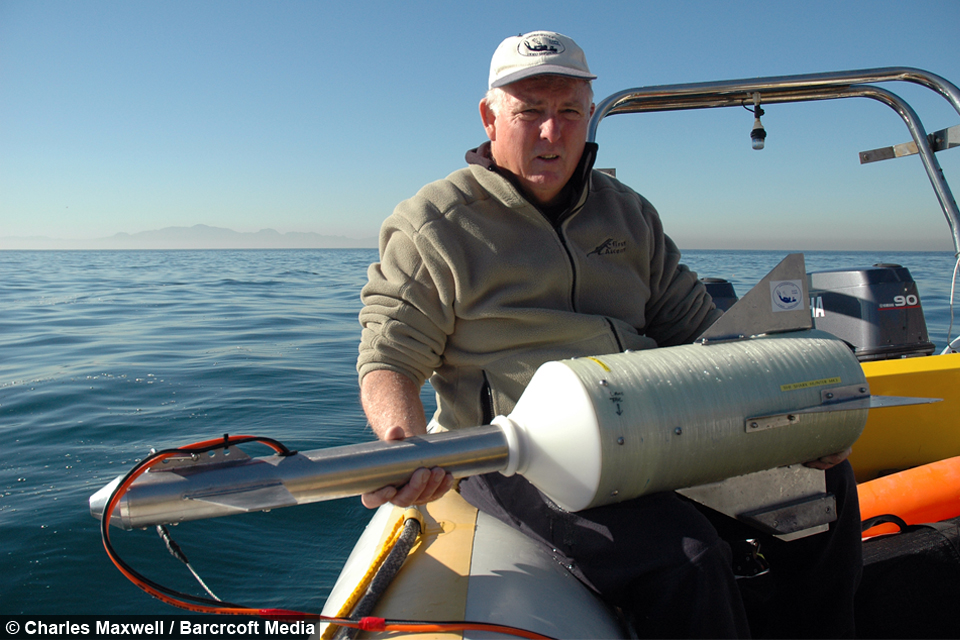 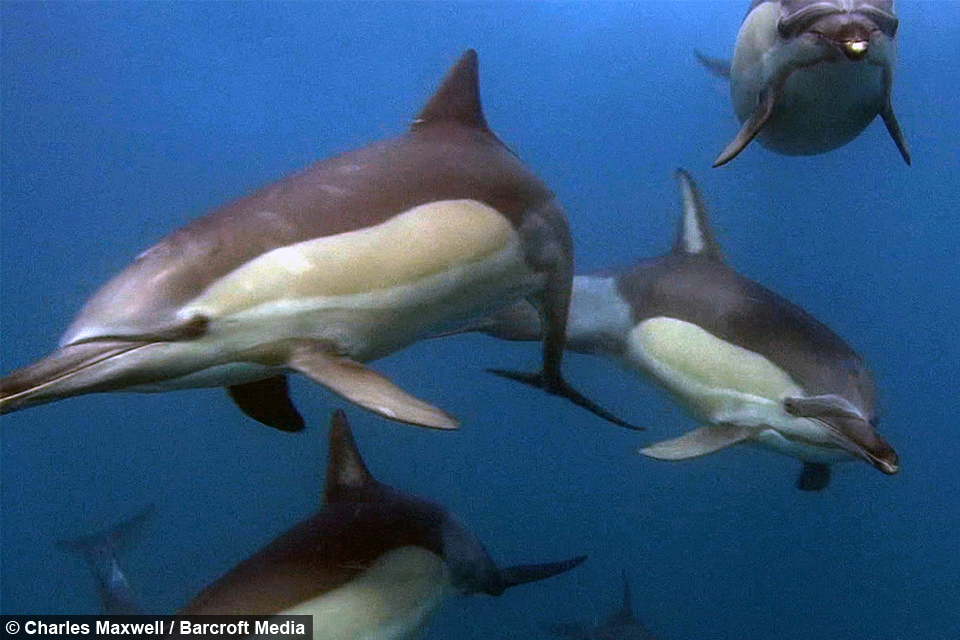 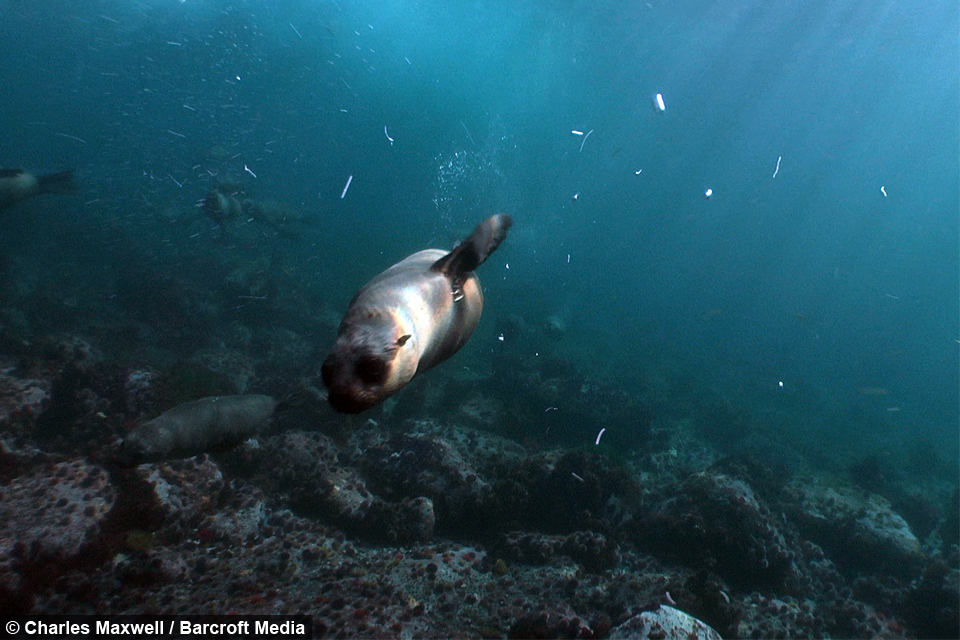 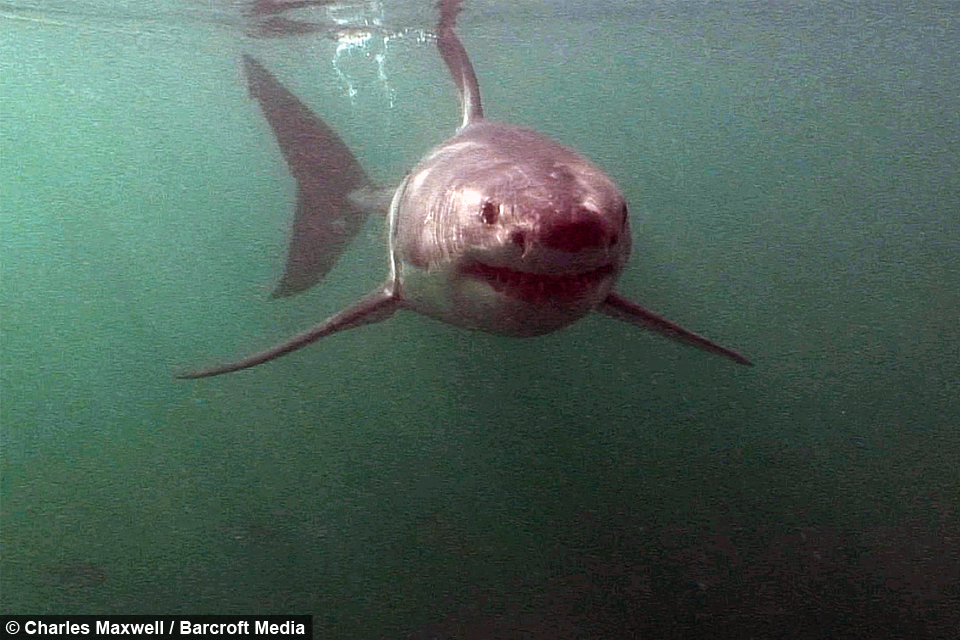