The juvenile had been attempting to feed on bait when a 5m long female charged in at the same time.

But instead of taking a chunk out of the young shark it simply spat him out before continuing the feast.

The rare shots were captured by photographer Jason Whittle in the Neptune Islands in South Australia.

He said: “There where some big sharks around feeding periodically, as well as a few smaller ones.

“A smaller one came in to take the bait and without warning a bigger female charged in and opened up its mouth fully wide revealing its sharp teeth and caught the smaller shark in its mouth.

“But instead of biting down the big female forced the water out of its mouth and the little shark with it."

He added: “It was definitely a warning not to jump the line and respect the elder, queen of the territory.

“With that much power she could have ended that smaller shark without any problems.

“But sharks don’t have hands to say ‘get out of the way’ so the next best thing is for them to open their jaws to show how big they are.”

Jason, 43, from Port Lincoln, Australia, managed to capture the frames despite issues with his underwater camera housing and rough conditions inside the shark cage.

He added: “It felt like I had waited three or four hours to get a shot - but it was well worth the whole trip just for that one.

“Everyone on the boat could not believe what had just happened. No one had seen something like that before, let alone capture it."

While Sharks are known to occasionally cannibalise their own - including their own siblings inside the uterus during pregnancy - it has rarely been caught on camera. 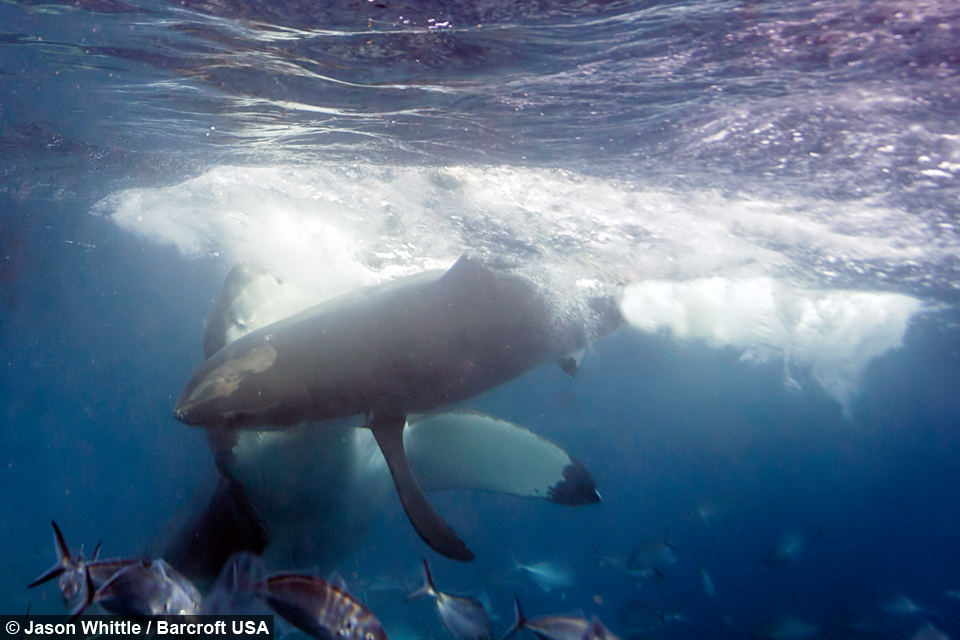 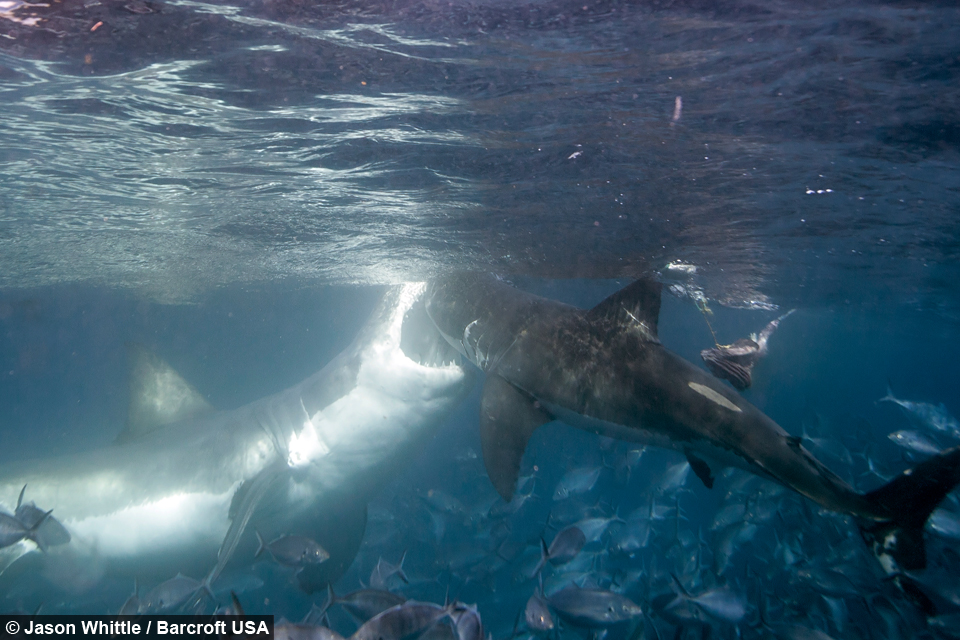 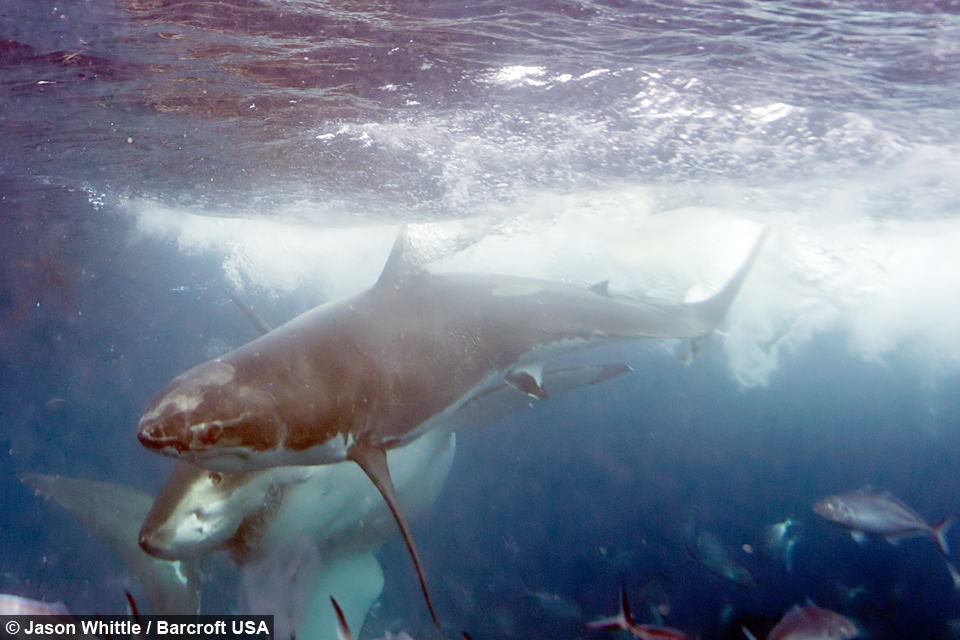 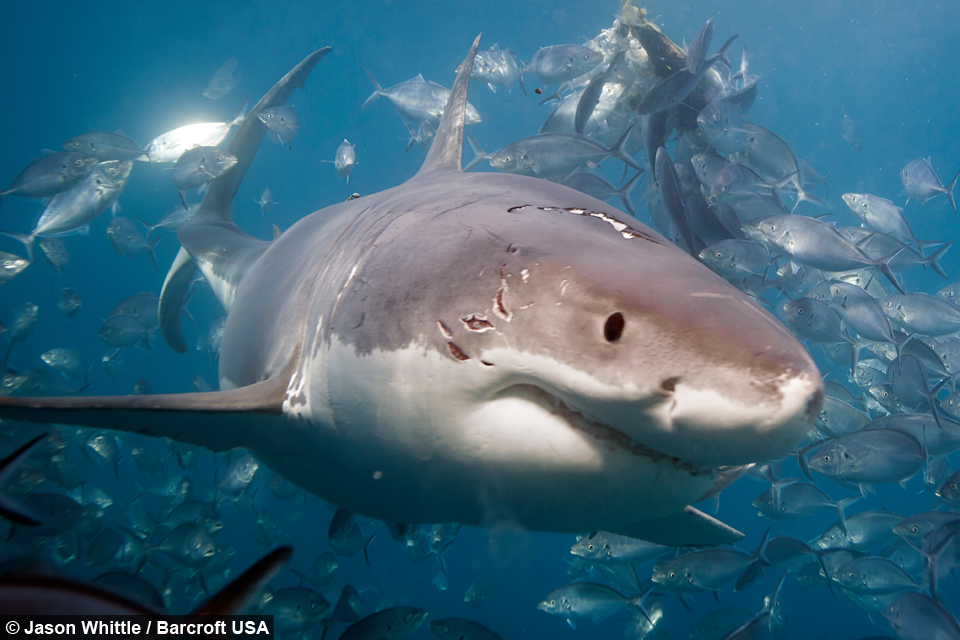 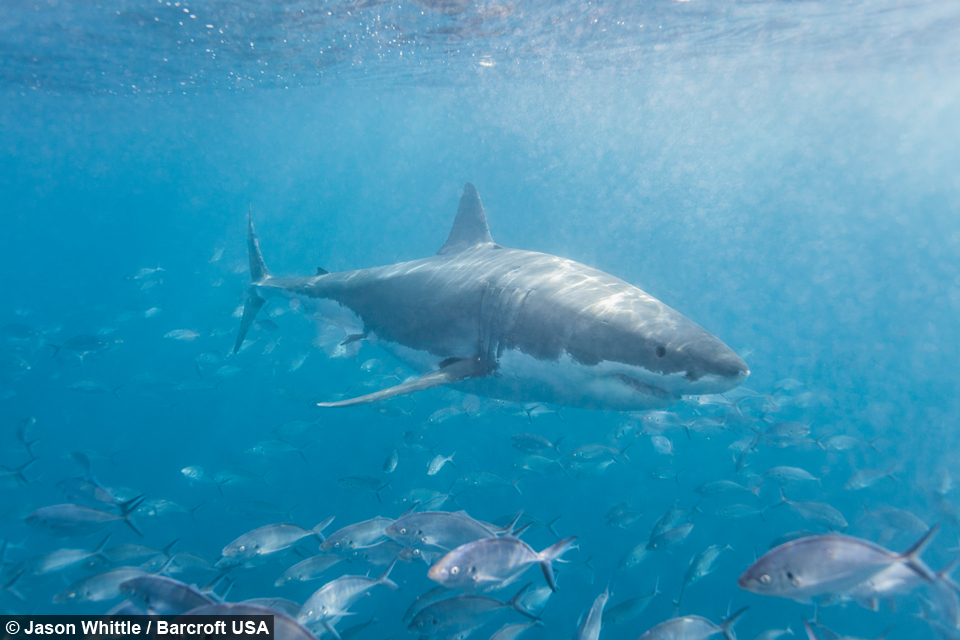 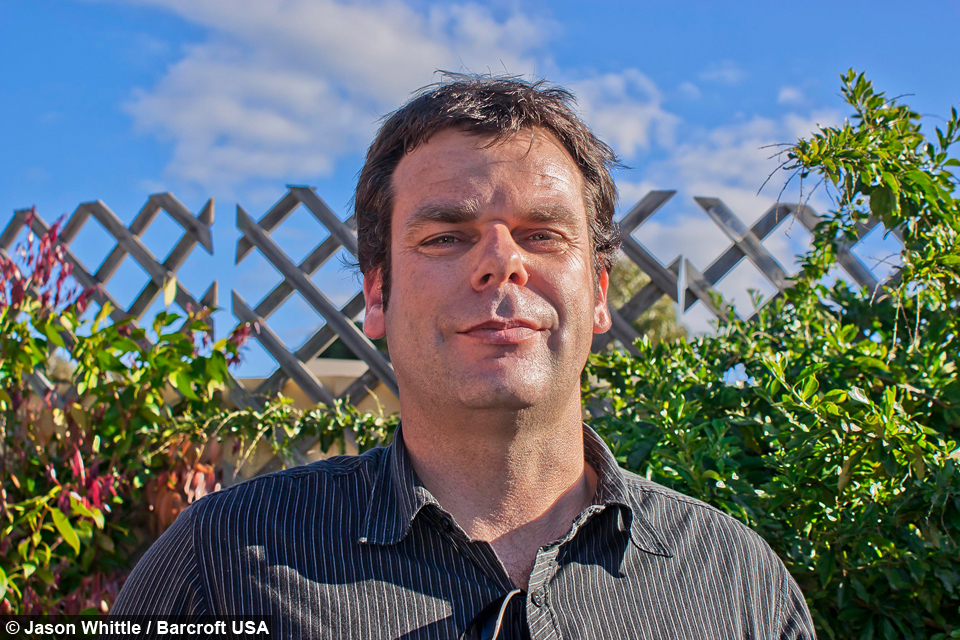