The vicious shark burst from the water to rip into another great white, cementing the giant marine mammal's reputation as the ocean’s most fearsome predator.

The sensational moment was caught on camera by 33-year-old Adam Malski. He had been enjoying the picturesque views off the Neptune Islands, south Australia, when a shark measuring 2.6m ate the bait off the side of their boat.

A split second later a shark double the size broke through the surface of the water and sunk its razor-sharp teeth into its rivals head – much to the amazement of the people onboard the boat.

Adam, who is from London but now lives in Sydney, had been diving earlier that day and spotted the shark – known as ‘Gilbert’ to the locals - underwater hours before

He said: "The trip consisted of two full days of bottom (15-25m) diving and surface diving and a day of transit either side.

“The day where the shark attacked the other was surreal. I asked the dive master and skipper of the boat what would happen if a smaller shark got in the way of a larger shark.

“The skipper responded, “The big shark would take the smaller one down”.

“Literally six seconds later, that amazing scene was witnessed by me, the skipper and the dive master.   “They had never seen anything like it before.

I believe that it is  extremely rare footage as great whites are elusive and still largely unknown creatures.”

Despite witnessing the brutal attack, Adam says his diving trip changed his view on sharks.

He added: “I spent many hours observing them in their territory and up close and saw 18 magnificent creatures in total. All of which were inquisitive but not aggressive. “Even when one bumped my hand and camera when I was 20 metres underwater, there was no aggression - just inquisitiveness.”

‘Gilbert’ has since been spotted in the waters around Neptune Islands – but the smaller shark has not been seen since. 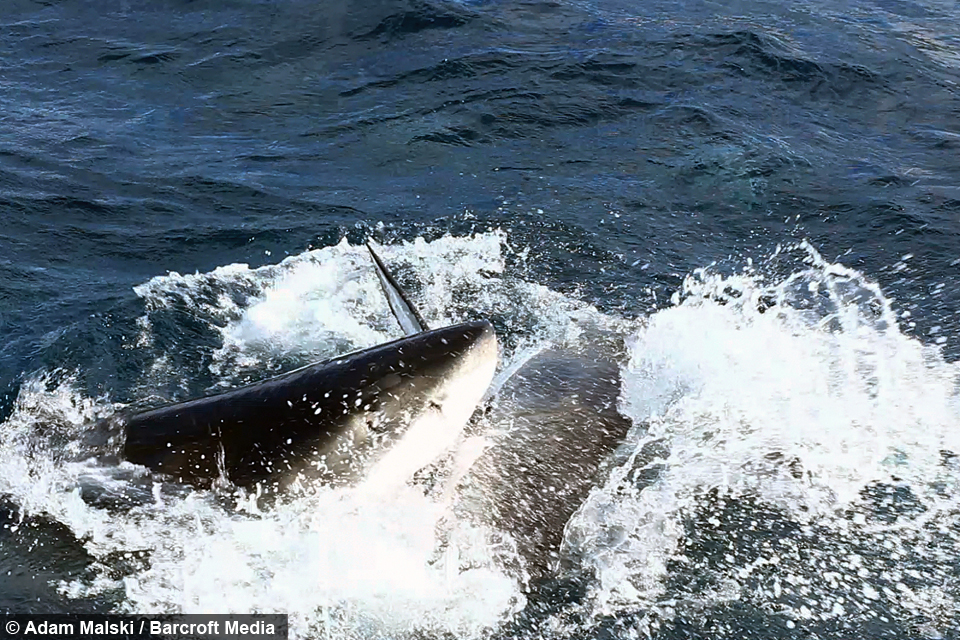 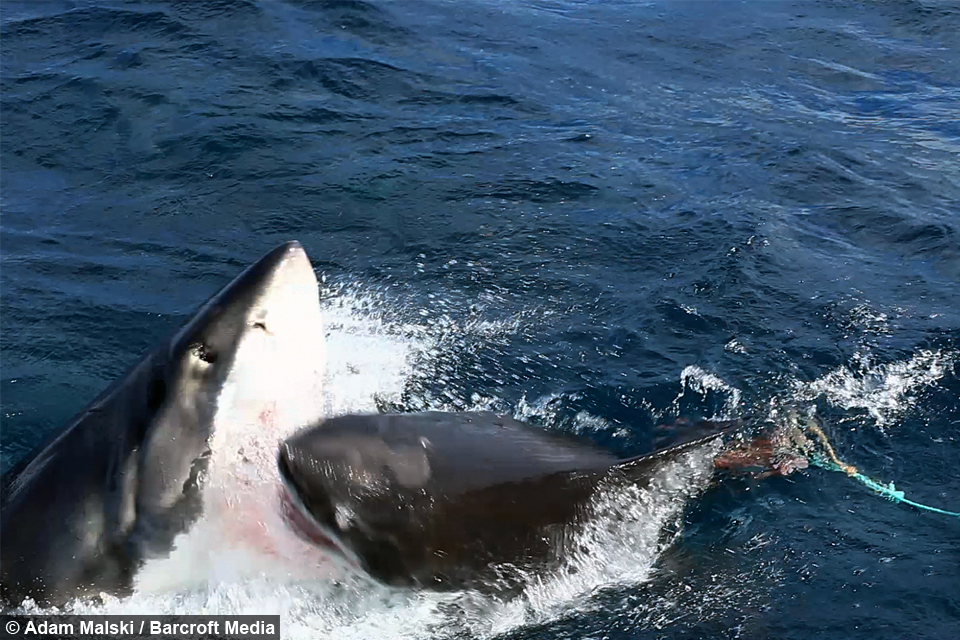 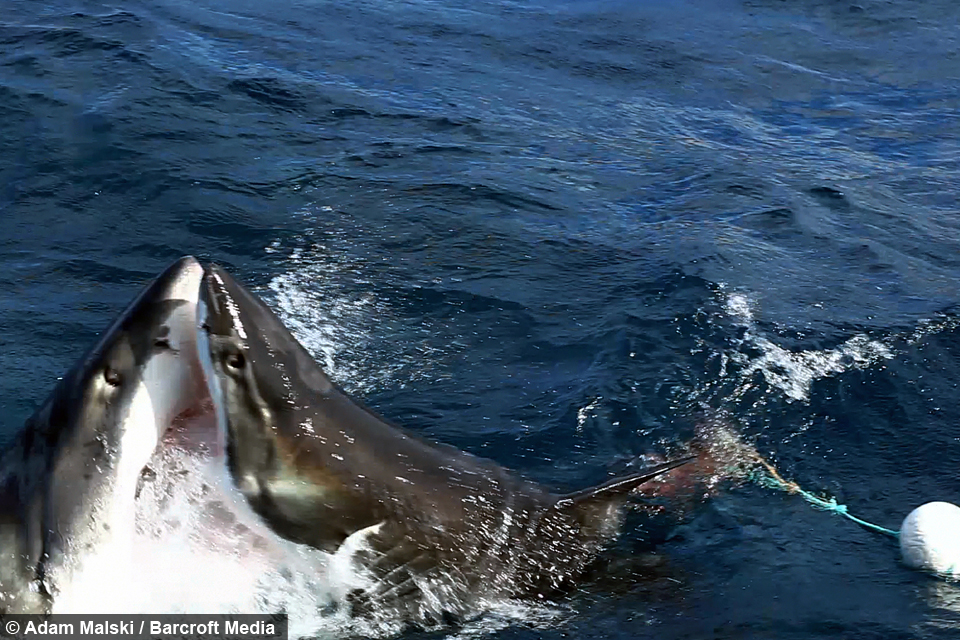 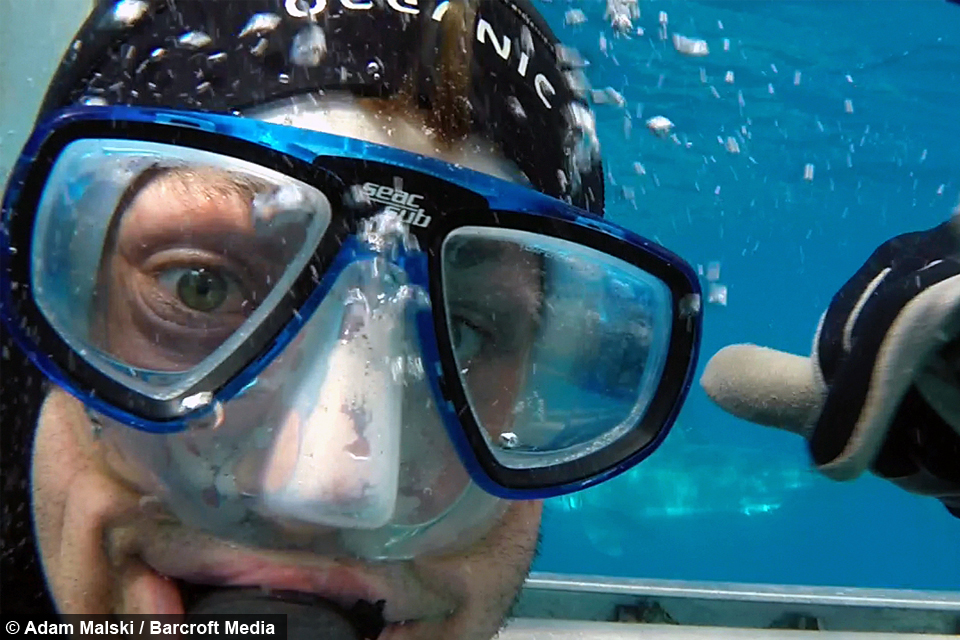