It's A Fake! Great White Shark Catches Dummy Seal Made Of Foam 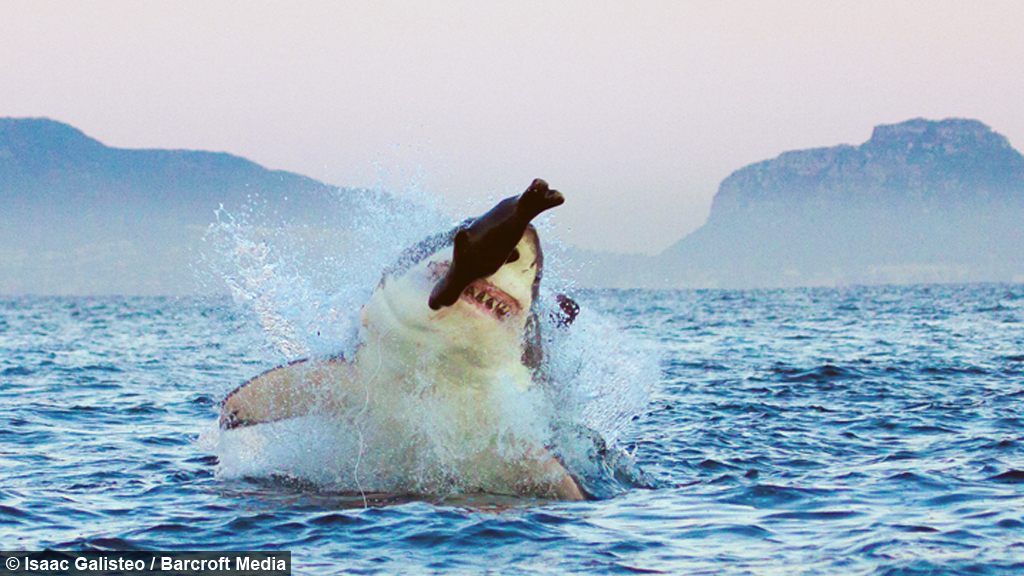 The pictures were taken in June last year at the world famous False Bay, South Africa, near Seal Island.

The area is renowned for its large population of seals both young and old – which attracts ravenous great whites.

Isaac Galisteo, a 36-year-old biologist and wildlife photographer from Madrid, Spain, was observing the shark’s behaviour during feeding.

The life-size foam seal was attached to the boat and served as bait for the unsuspecting shark.

The predator eyed its prey from below the water and breached with such force it seemed to fly in midair.

Isaac said: “Seal Island is the place where hundreds of seal congregate and where the pups learn to swim and penetrate into deep water during the summer months.

“It’s the perfect time for great white sharks to capture their prey.

“Breaching is one of the hunting techniques that great white sharks use to surprise and kill its prey.

“They breach with such force and explosive energy that it propels the shark right out of the water.

“I felt privileged to witness the spectacular moment with my camera in order to spread the message about wildlife conservation.”

It's A Fake! Great White Shark Catches Dummy Seal Made Of Foam 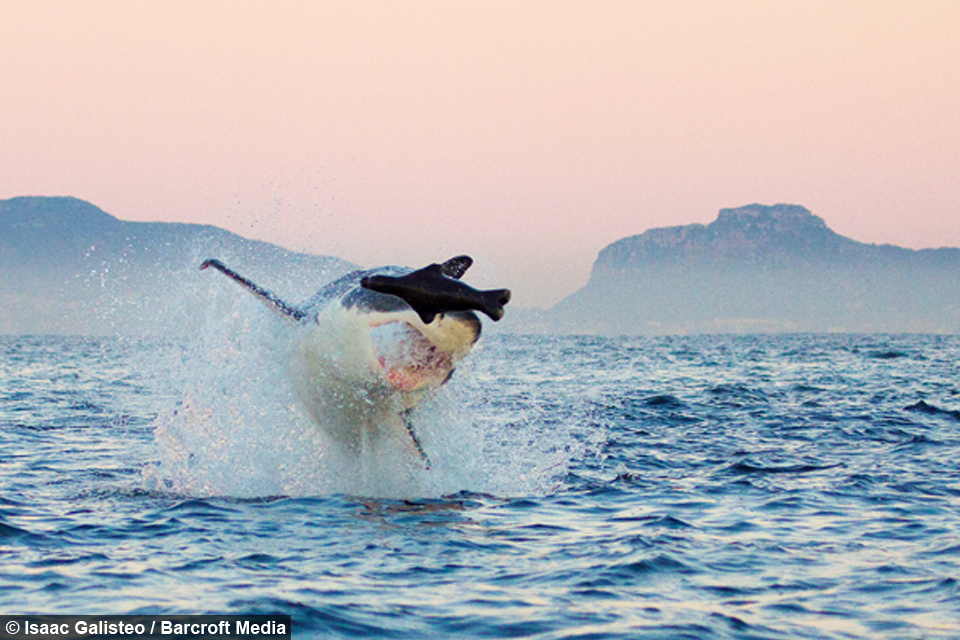 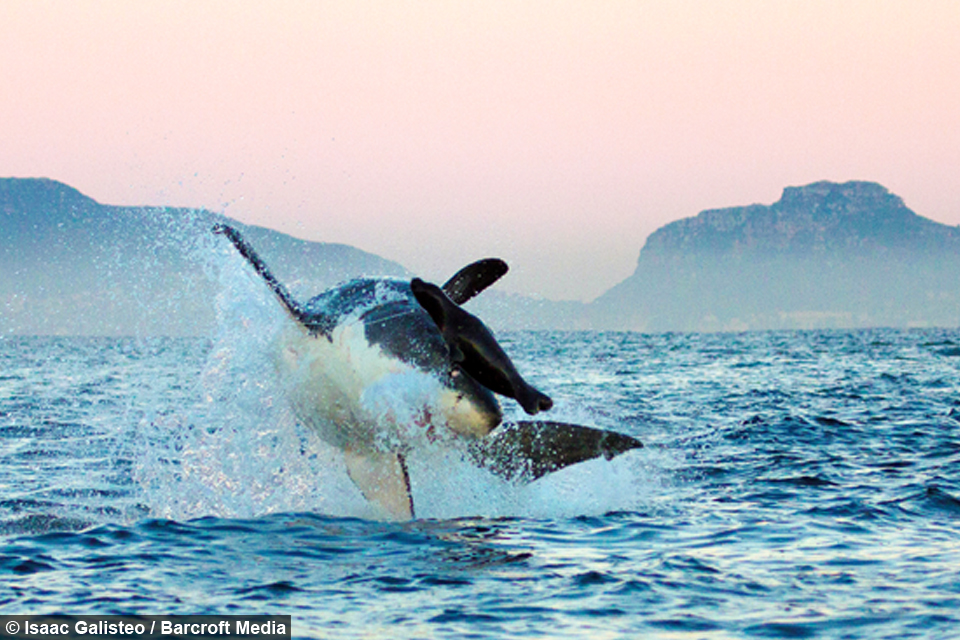 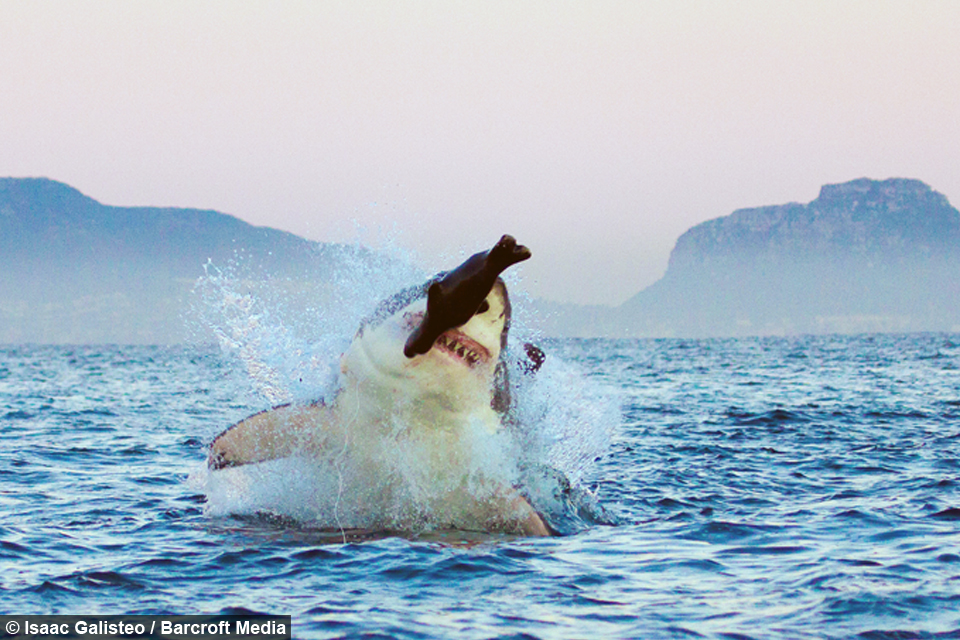 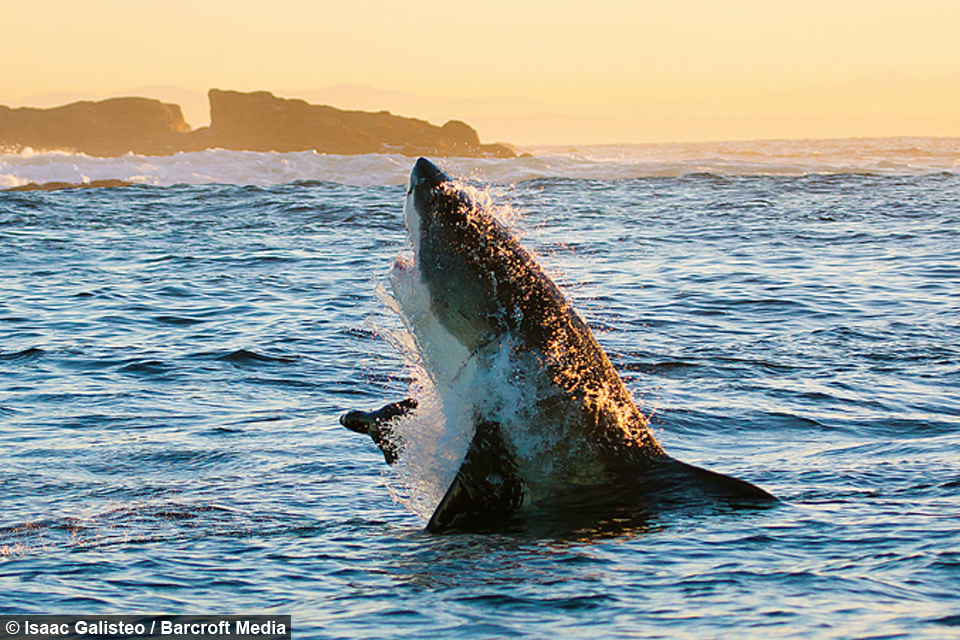 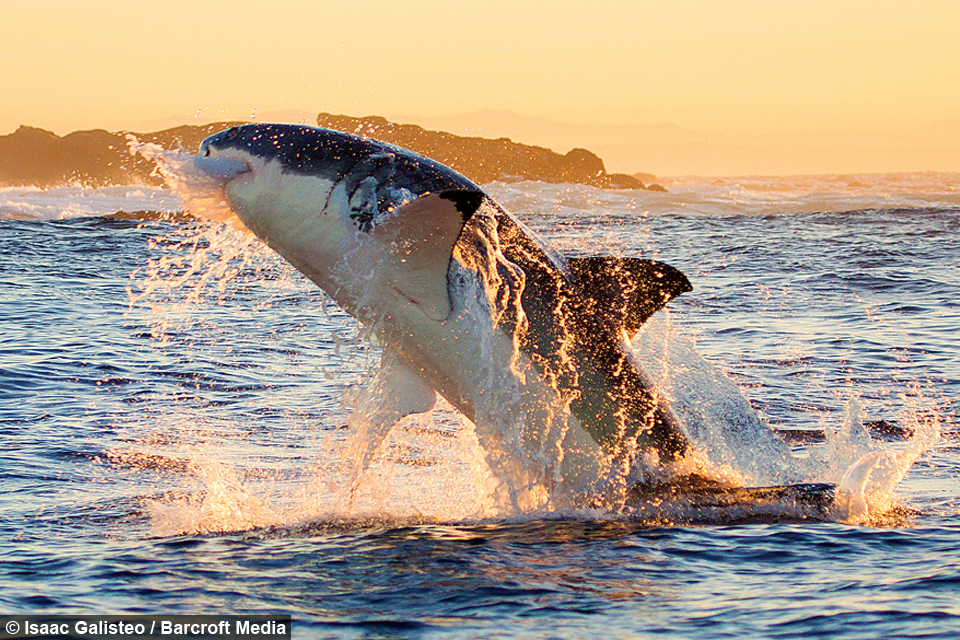 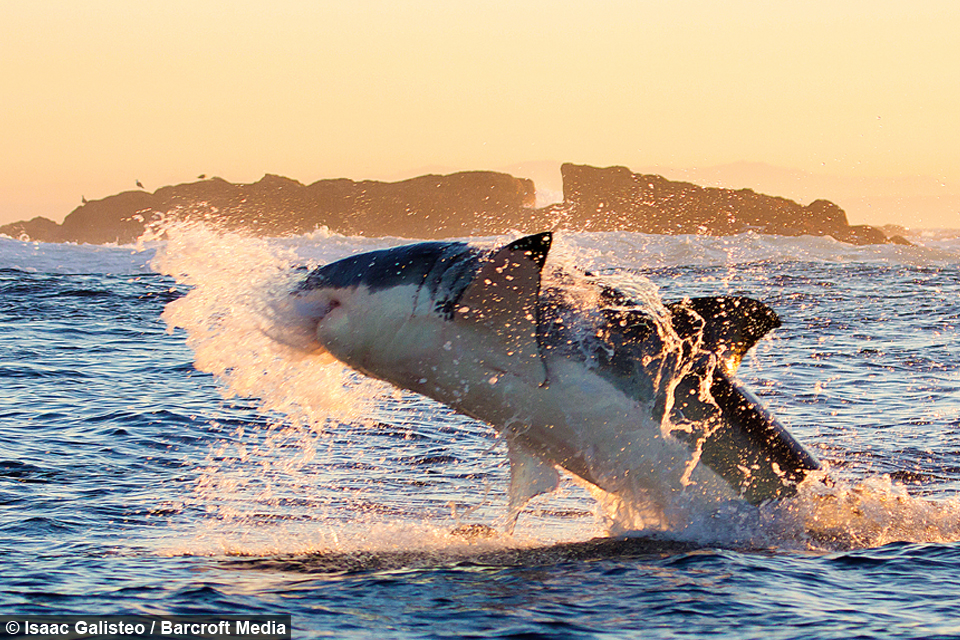