A GREAT white shark fighting for its life on a sandbar was rescued with the help of beachgoers.

The animal was discovered stranded at low tide in Chatham, Massachusetts.

Concerned onlookers threw buckets of water over the shark to keep it alive until rescuers arrived.

The student filmed rescue efforts when she arrived at the beach at around 2pm yesterday (TUE 14), and said: “The shark was stranded for about two hours but the experts and officials were only there for the last 45 minutes to pull it out and tag it.

“The shark was pulled out and then pulled back in because it couldn't swim or turn itself over, so a harbormaster held on to its tail until a shark expert could come and direct him from there.

“There were about 20 beachgoers around the shark and while I was there there were only two officials, but I believe one or two more came after I left.”

According to some reports the shark ended up on the beach after trying to eat a seagull.

However, some bystanders said it was stranded by the low tide.

Onlookers, including children, surrounded the animal before rescuers tied ropes around its body and pulled it back to the water. 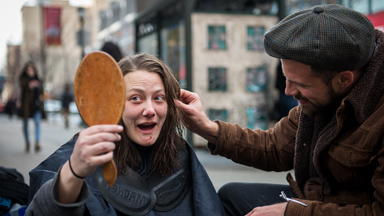 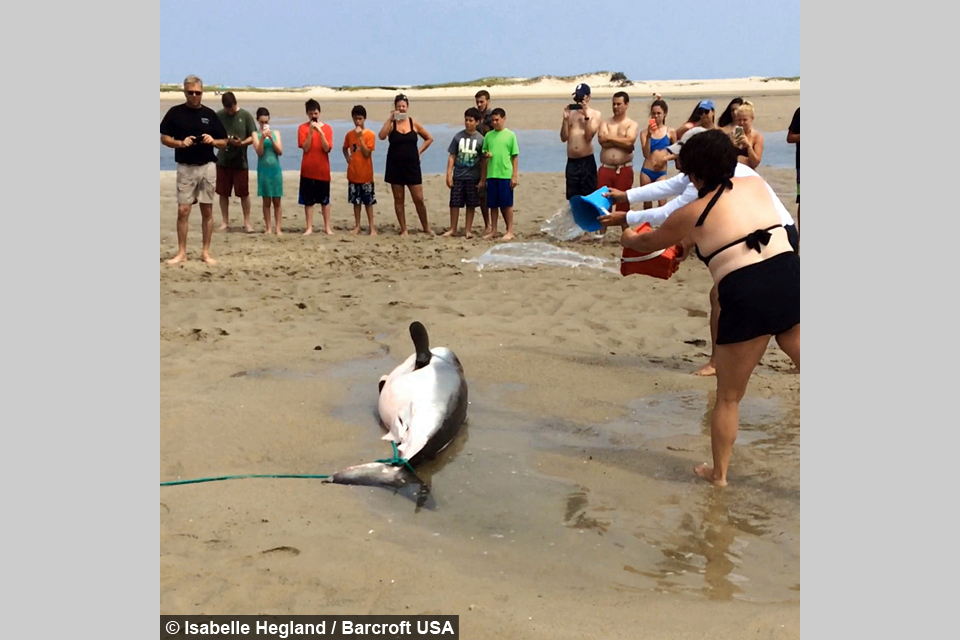 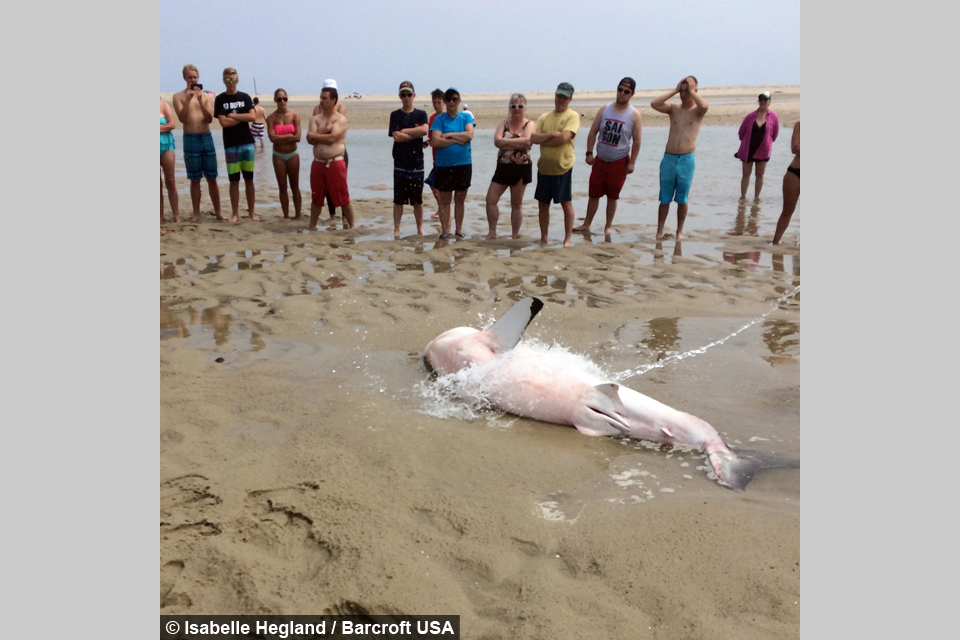 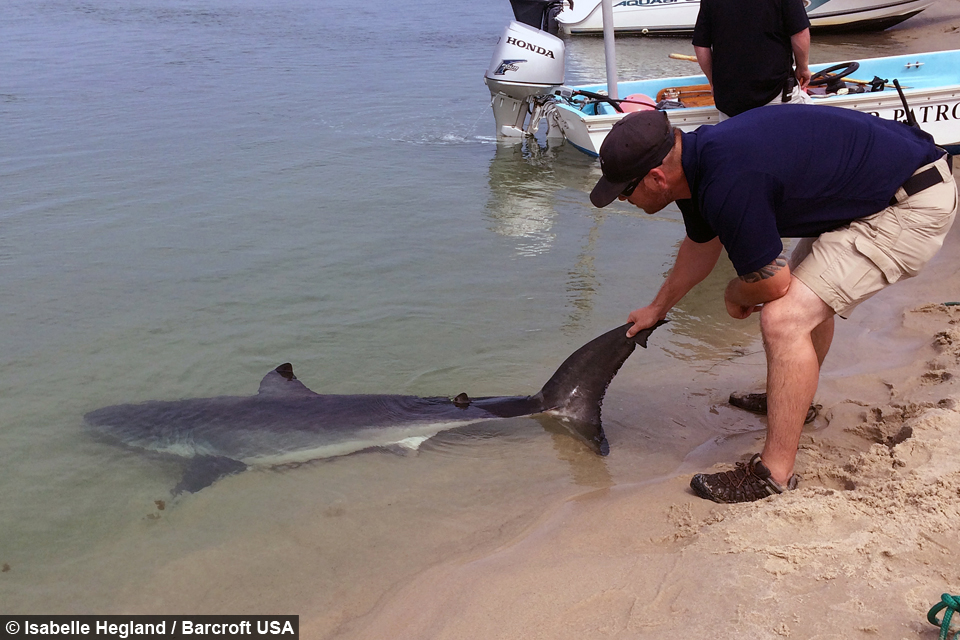 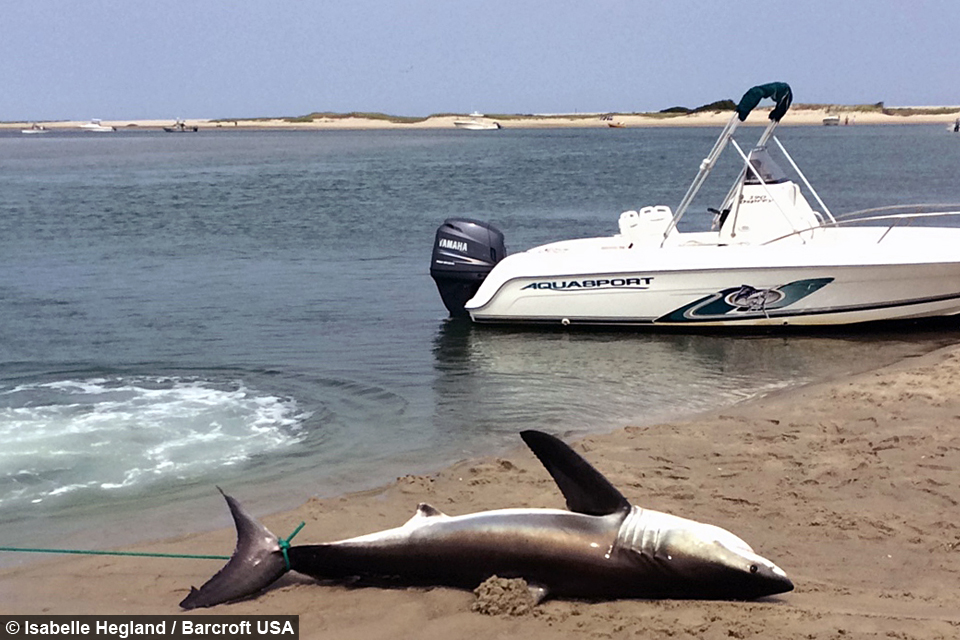 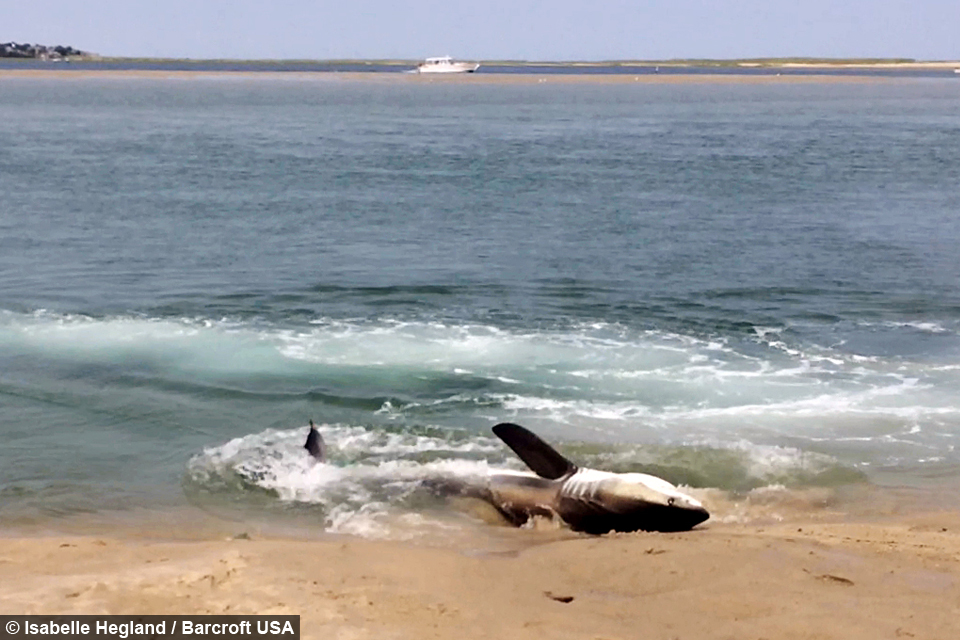 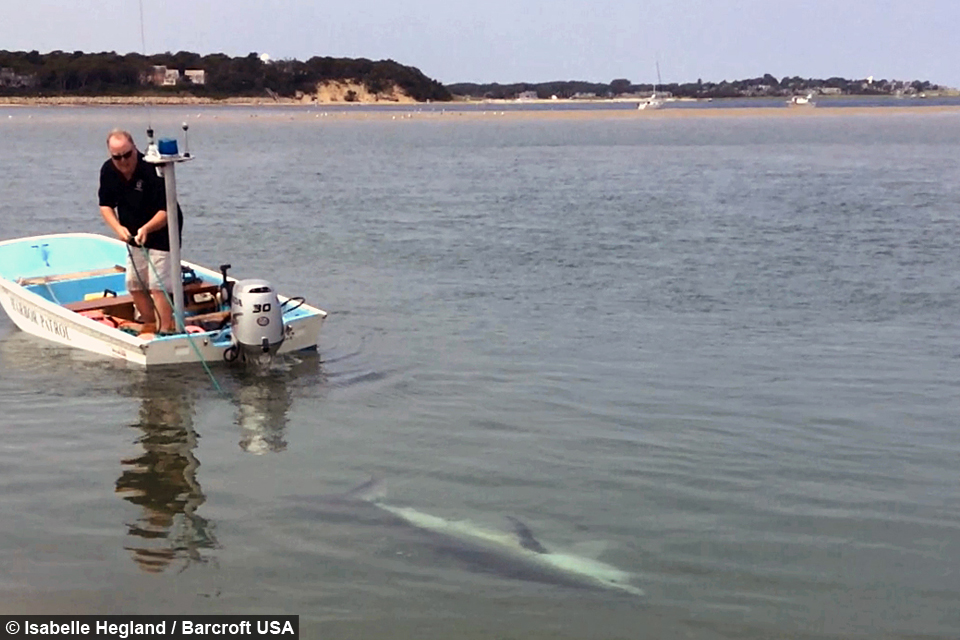 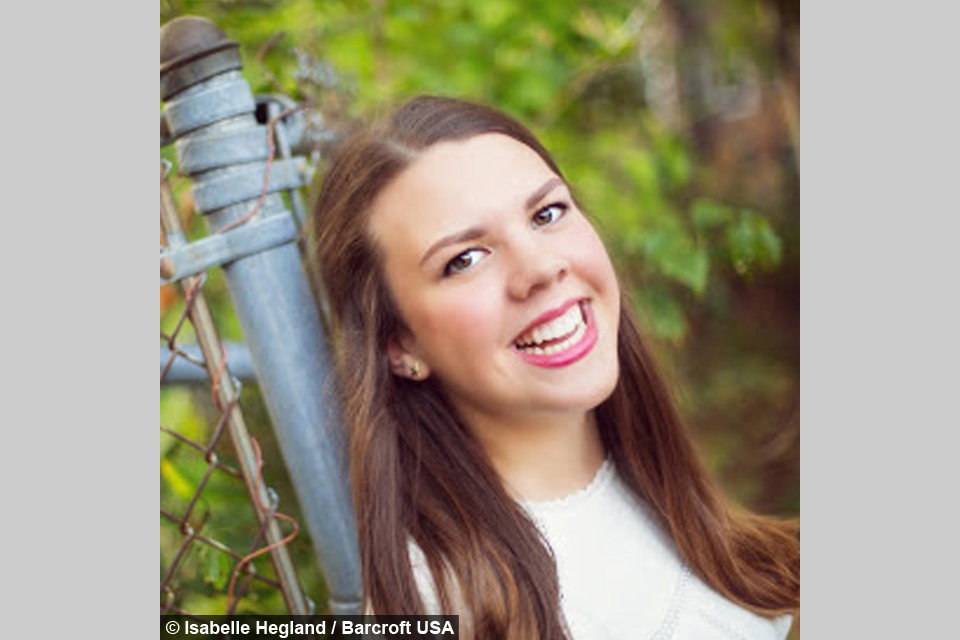