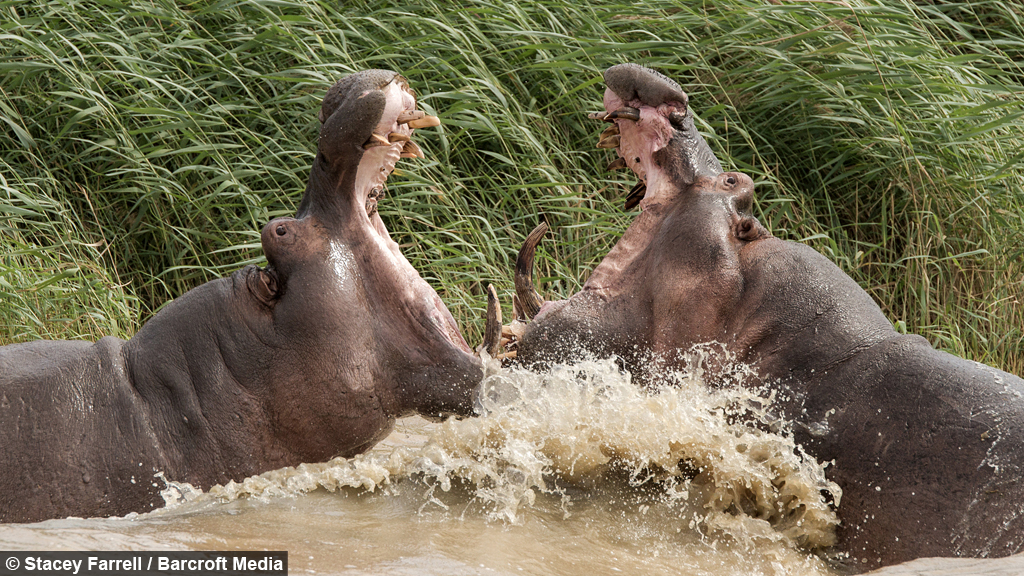 The enormous animals went head-to-head on the banks of the St Lucia Estuary in KwaZulu-Natal, South Africa.

Nature guide Stacey Farrell took the incredible photos from a boat just 50m from the battle.

The 30-year-old said: “Generally young males keep themselves hidden until they are large enough to challenge dominant males for their females and space in the water.

“The challenging male which we had named Pumba due to his abnormal-looking tusks, challenged the dominant male from a group of hippo that we regularly see on the boat cruises.

“The fight went on for over six hours, with short breaks in between.

“We are very fortunate in the area that the hippos have become used to our boats so we are able to get very close without disturbing their day to day activities.

“On this day the two males were fighting less than 50m from our boat.

“The sounds were intense and something an image could never capture.

“Pumba the challenging male managed to defeat the dominant male.

“We have not seen the dominant male since and he possibly died from injuries or retreated into hiding.”

The northern coast of KwaZulu-Natal has had an exceptionally dry rainfall season, which has led to many watering holes drying up.

This has caused more solitary male hippos to enter the lake system.

Stacey, who is from St Lucia and works for Shoreline Hippo and Croc Cruises, continued: “As hard as many things in nature seem, nature always has a way.

“Nature can be cruel and our human emotions tend to lead our train of thought, but if you stop and put things into perspective with regards to the animal kingdom, it all makes sense.

“New blood is needed to ensure that incest does not take place within the family.

“A new male overthrows the old and takes over ensuring his strong bloodline can continue.

“Sad to see but this is nature in its rawest form.”

The photos were taken in iSimangaliso Wetland Park in April. 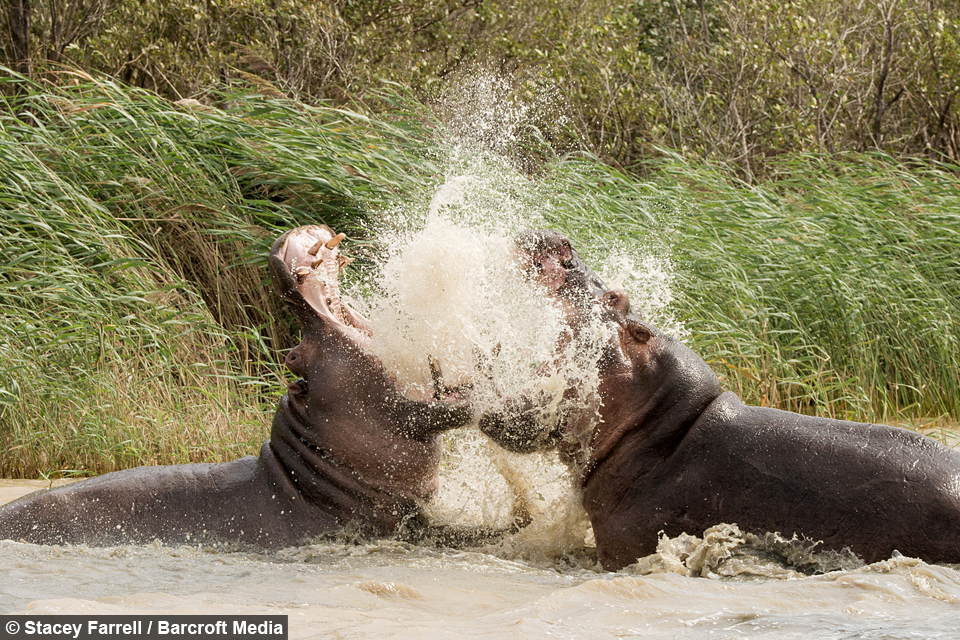 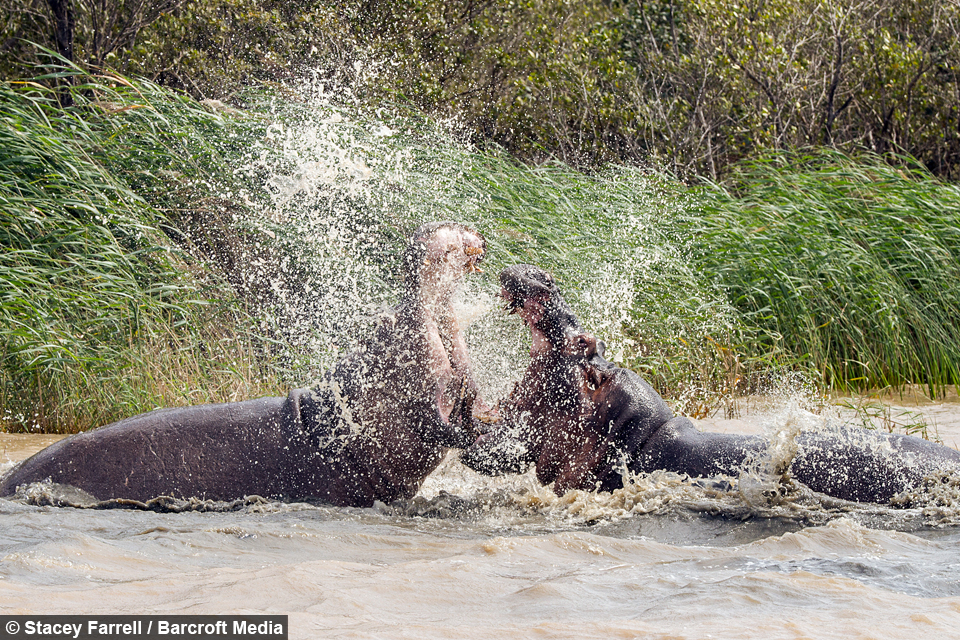 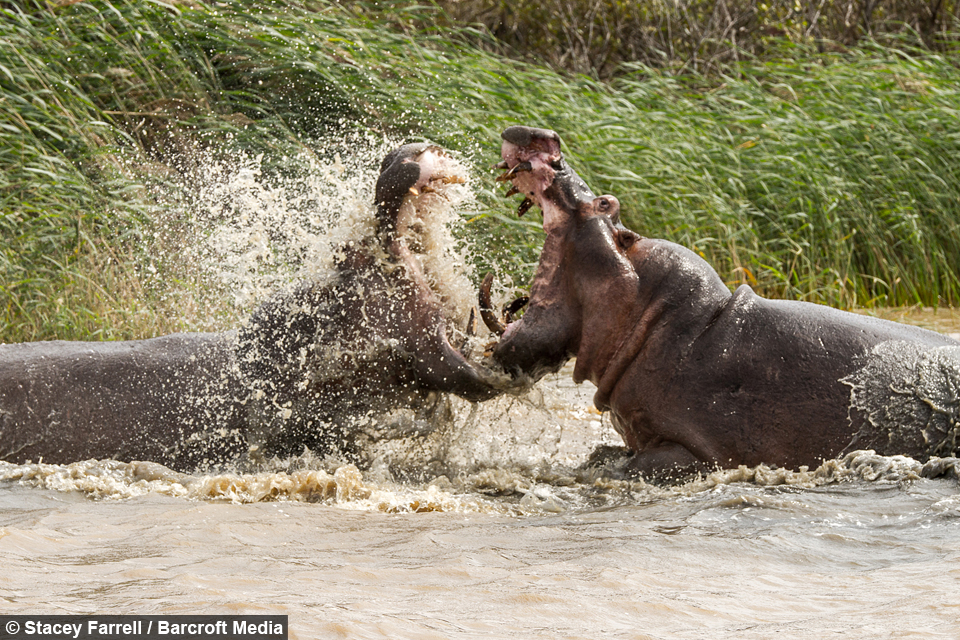 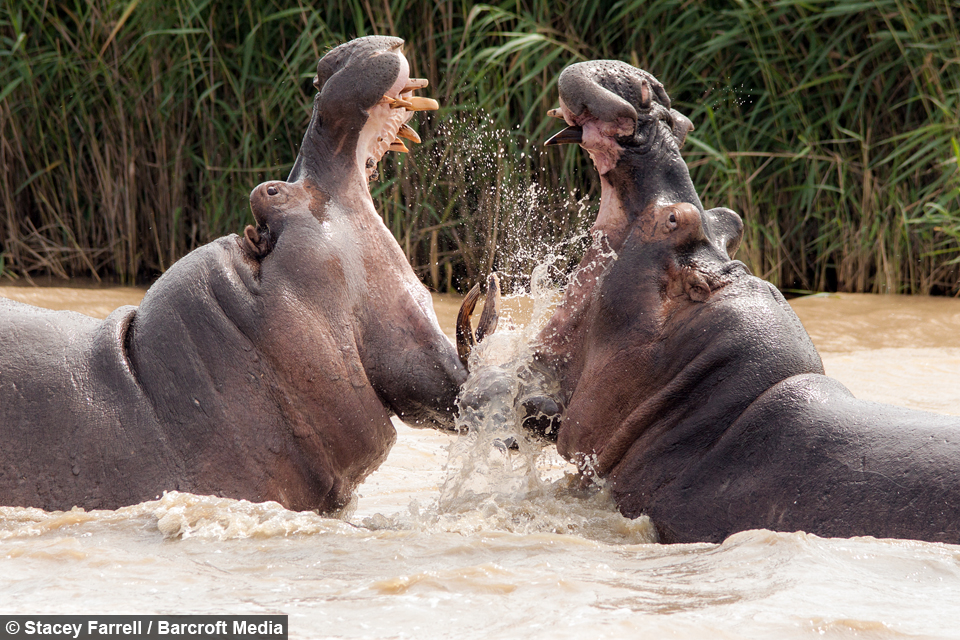 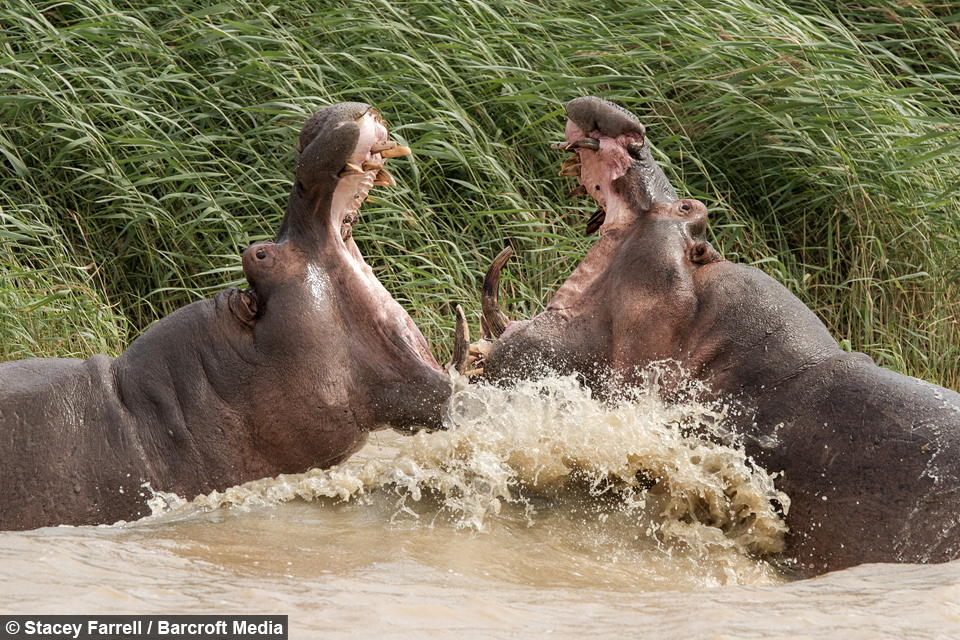 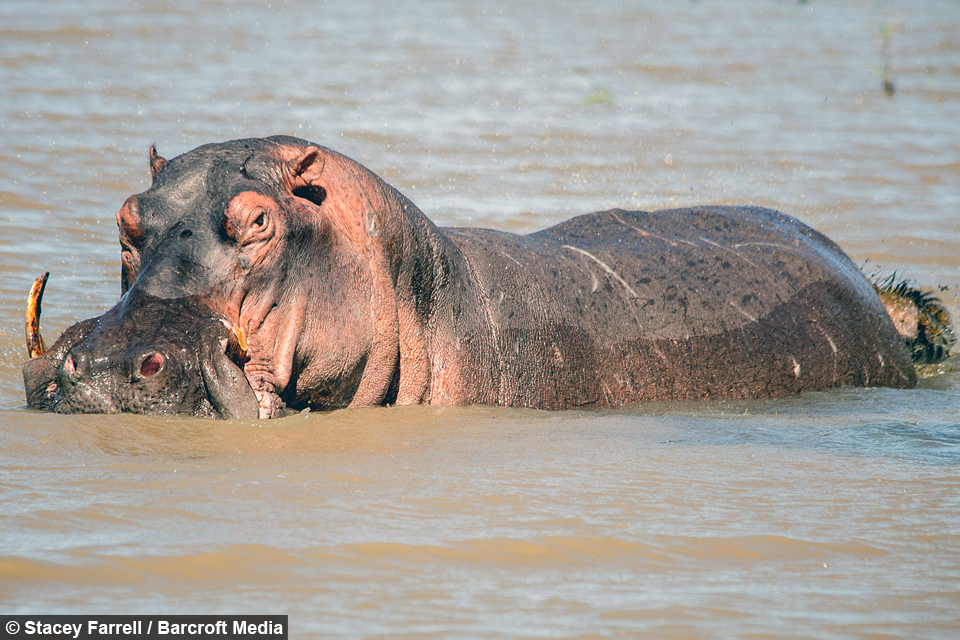