The aerial camera shows a protective whale mother and her adorable calf - as well as bull males chasing a female in an ocean mating ritual.

Darren Rice, 47, moved from Crawley, West Sussex, five-years- ago to run a dive resort on the island of Foa in the Ha'apai region of the Kingdom of Tonga.

The former underwater camera operator shot the footage during five hours over two days and flew the drone from a small boat driven by his wife Nina.

The remote control drone, the DJI Phantom, carries a GoPro for filming the whales from the air.

The couple first followed a mother and newborn calf as they skimmed through the waves.

Darren said: “The first day’s footage is featuring a mother and baby whale and then a mother baby and escort.

“The bond between mother and calf is very special and they are never far apart.

“The escort can be male or female and not the father or relative but a passing whale that adopts a protective role and stays with a mother and baby to look out for them.”

On the second day the pair spotted a pod of fighting males - chasing down a female for an opportunity to mate.

Darren said: “This is called a ‘heat run’ where a group of males chase down and fight for the dominant position behind a female for the opportunity to mate.

“These battles can rage on for hours eventually leaving the strongest male to mate.”

The couple also use the drone as a tool in collecting data to log the number of whales, the numbers of babies, and their interactions.

Darren, who used to do underwater filming for documentaries, said: “When you are flying over water it is a great risk but the footage is worth it.

“Launching and landing from a boat can be very difficult and if the drone hits the water it is finished."

Over 2000 whales come to the warm sheltered waters of Tonga every year between July and November to mate and give birth – providing an incredible opportunity to observe the behaviour of the magnificent mammals.

Darren, whose business provides tourists the opportunity to dive with the giant beasts, said: “Tonga is still one of the best places to swim with these gentle giants.

“Strict rules have now been put in place by the Tongan government to look after the welfare of the Whales and to ensure that the swimming is done in such a manner as to impact the whales as little as possible.

“We also log all the data from our encounters to try and give us a better understanding of these majestic creatures - the drone has really helped us with this and given us a whole new perspective.”

To find out more about Darren's diving programme at Matafonia Lodge Resort visit http://www.matafonua.com or find their latest news at https://www.facebook.com/matafonualodge 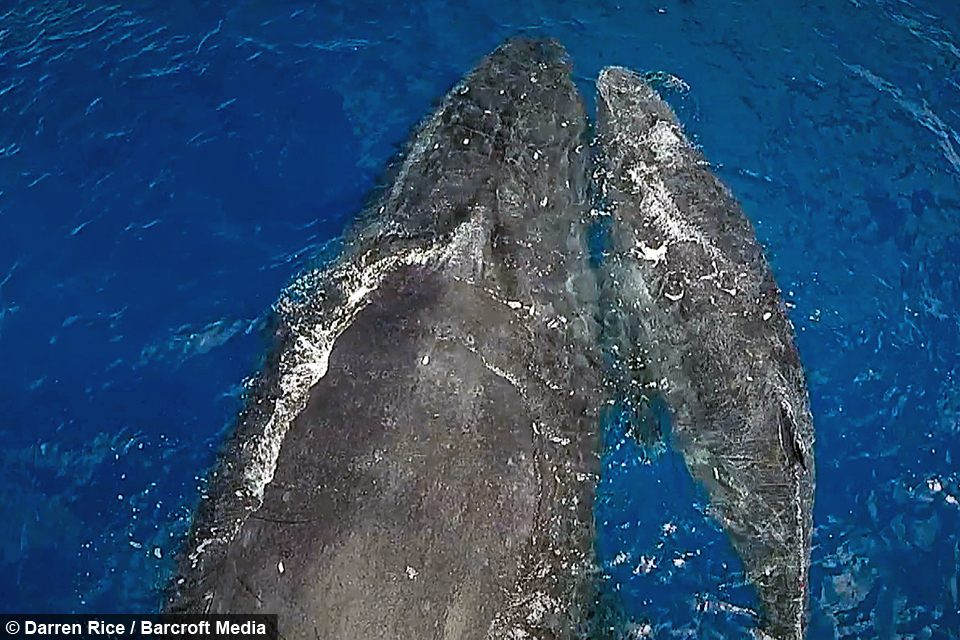 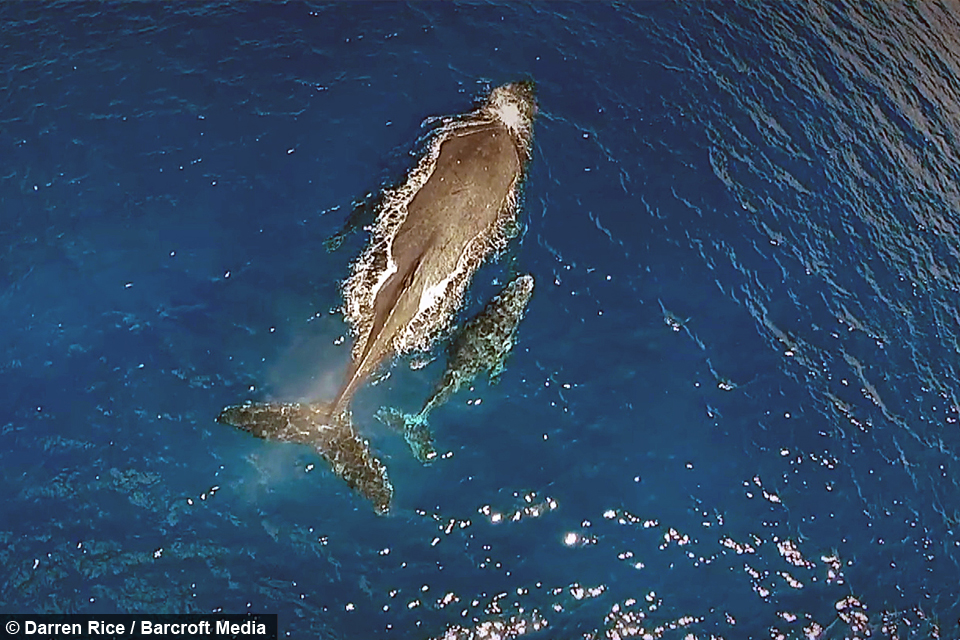 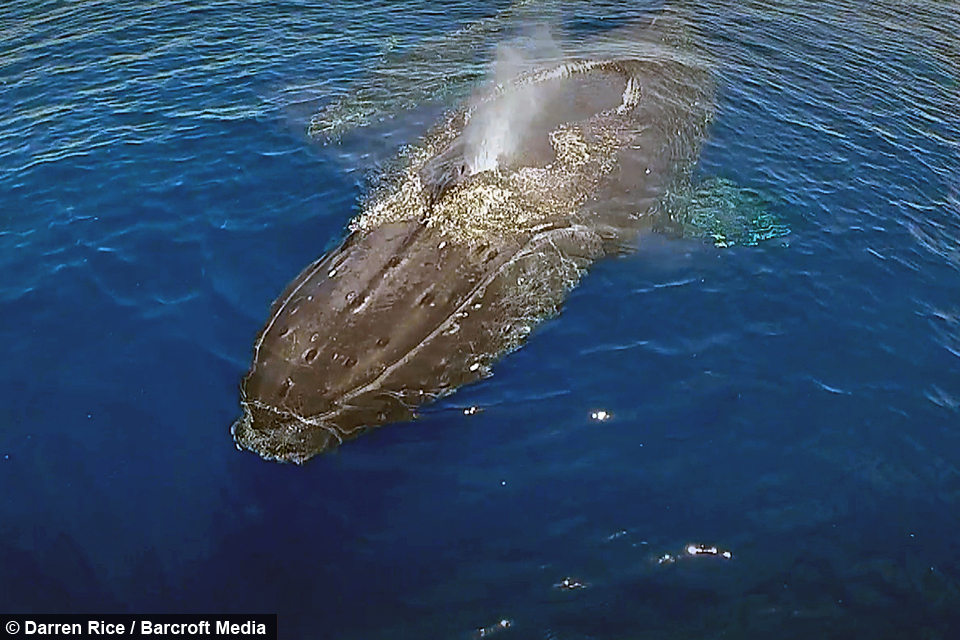 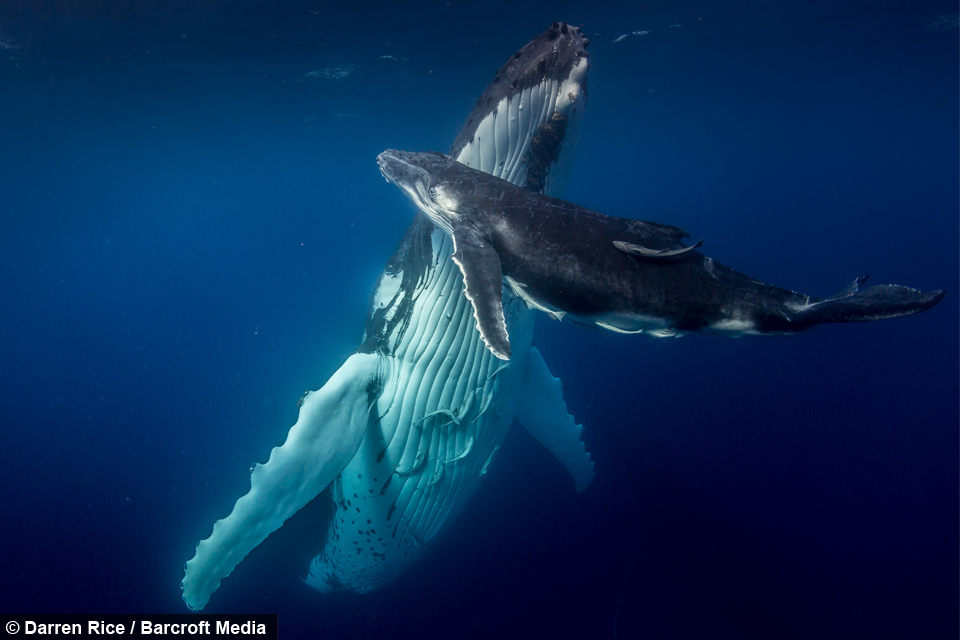 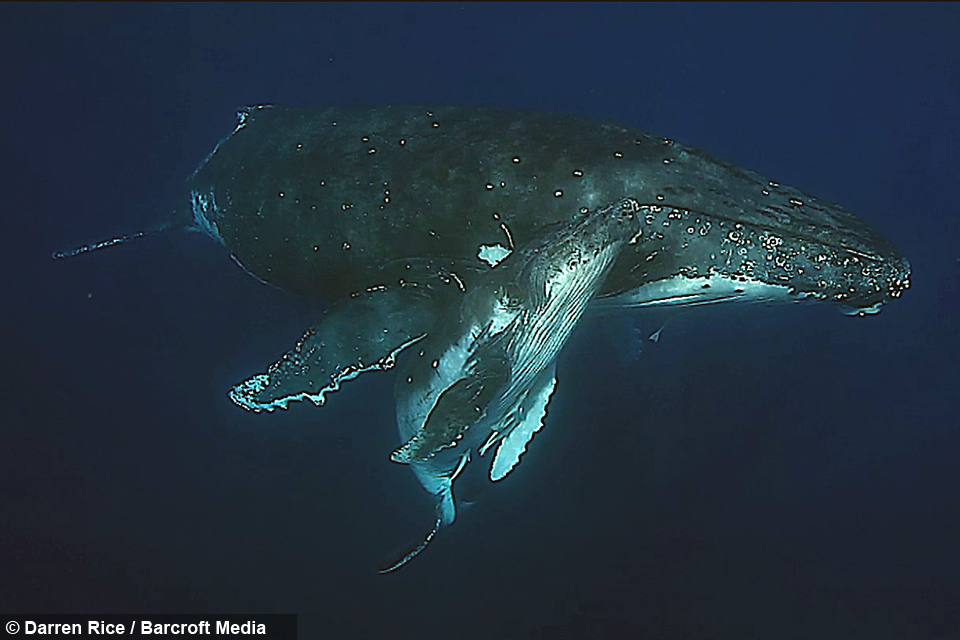 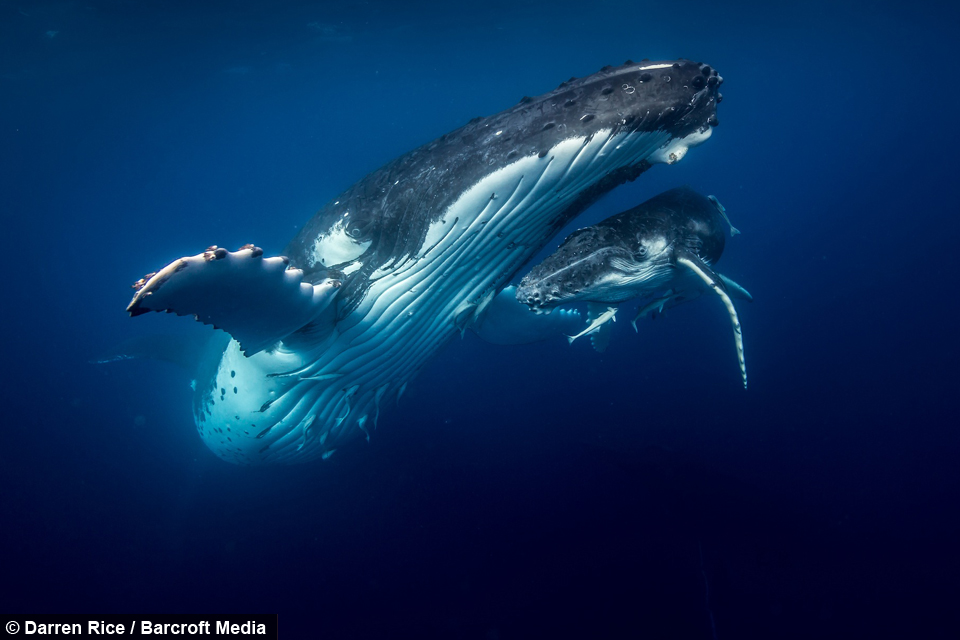