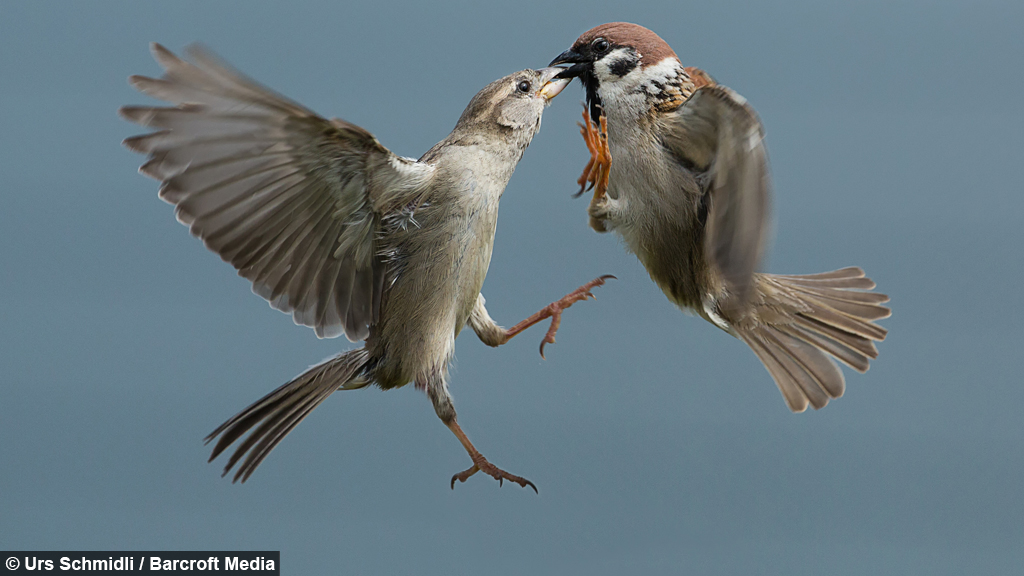 The featherweight fighters went toe-to-toe after encountering each other whilst hunting for food.

The hungry brawlers pecked at each other with their beaks, and even kicked each other in the chest during their winged combat.

Retired postman Urs Schmidli captured incredible photos of the altercations - applying patience and persistence to get the perfect shots.

The 61-year-old took the photos in his back garden in Wohlenschwil, Switzerland, between 2013 and 2014.

He said: “My goal is to show people how these birds behave in flight, and how vicious their fights can be.

“Flying scenes for me are always a challenge, and it can take me many times to the get the photos I want.

“Sparrows often fight in my garden as they look for things to eat, and sometimes they even steal from each other.

“I spend hours trying to capture the action whilst also trying to create beautiful photos.

“These birds are so fast that the naked eye does not see what is happening.

“Through the lens the beauty of these birds becomes much more intense.”

In some of the photos the sparrows trade blows in mid-air, while other battles were fought around the top of a tree stump.

Despite their incredible shows of aggression, none of the birds appear to have sustained serious injuries in the fights. 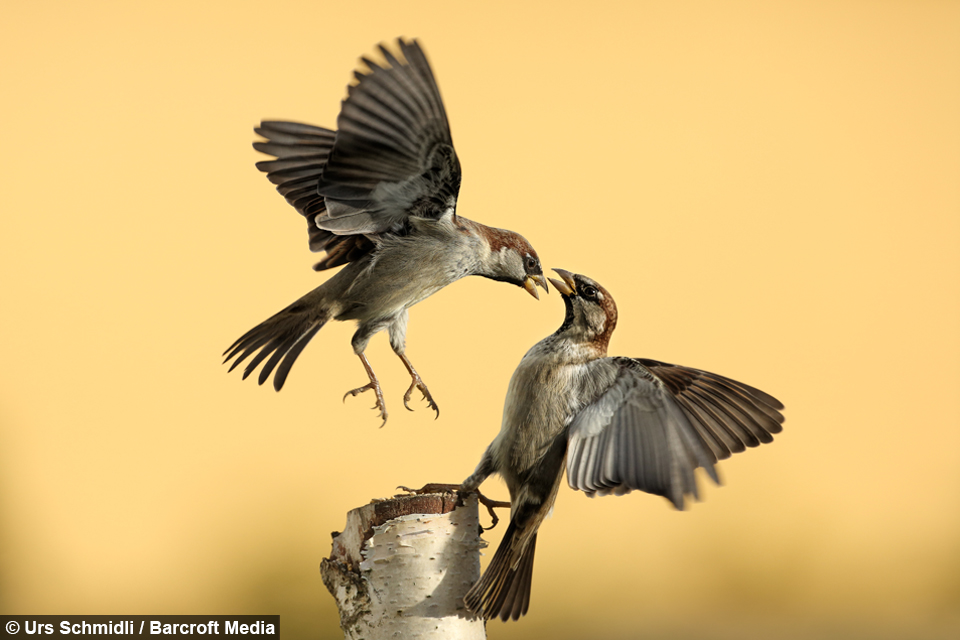 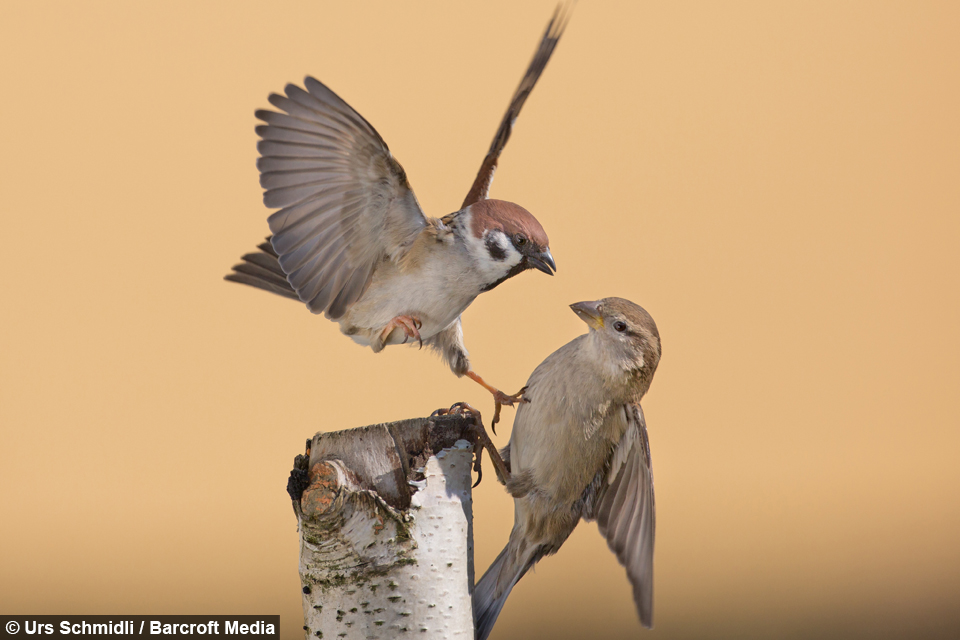 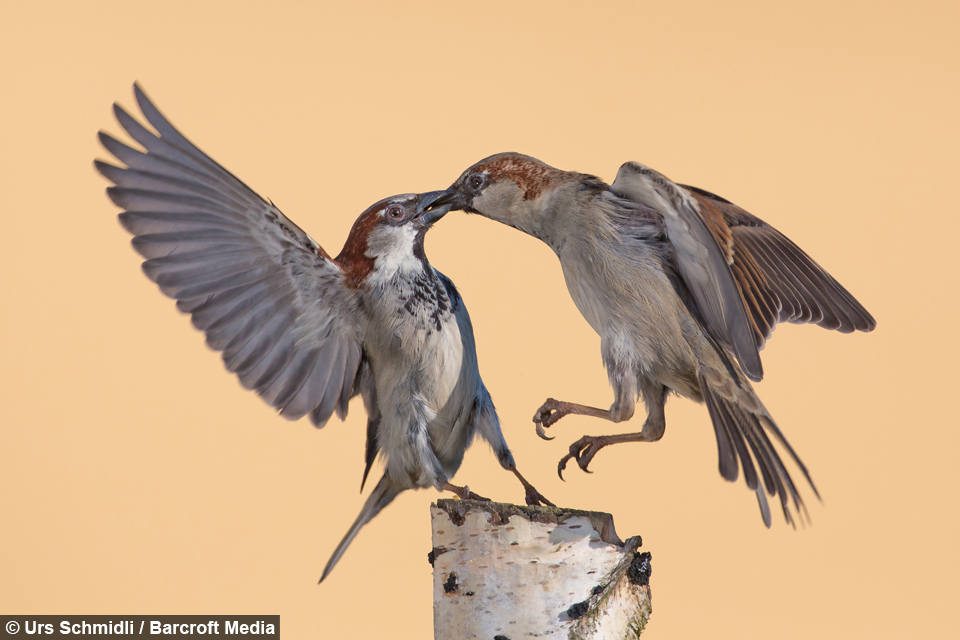 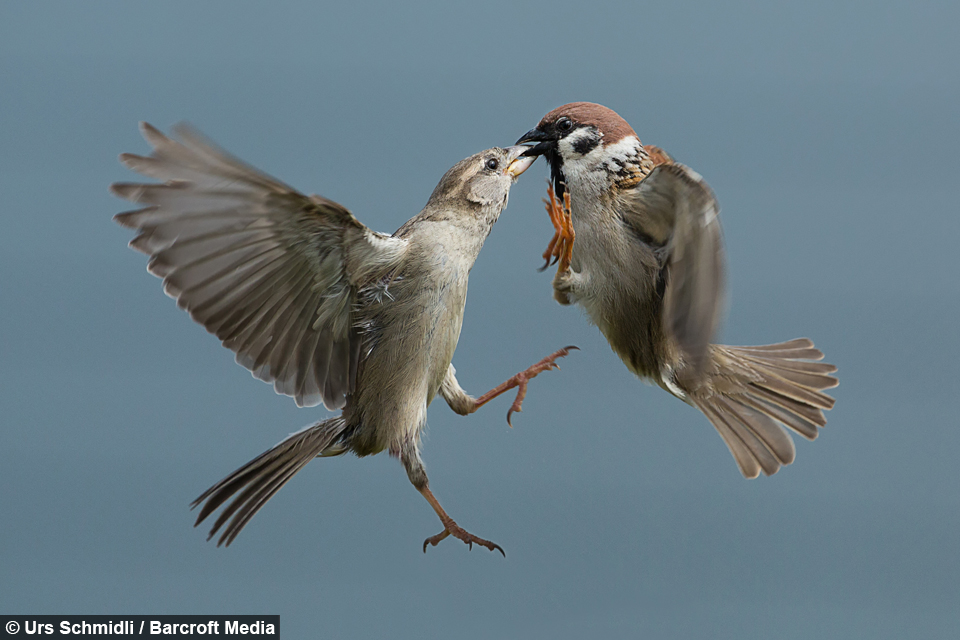 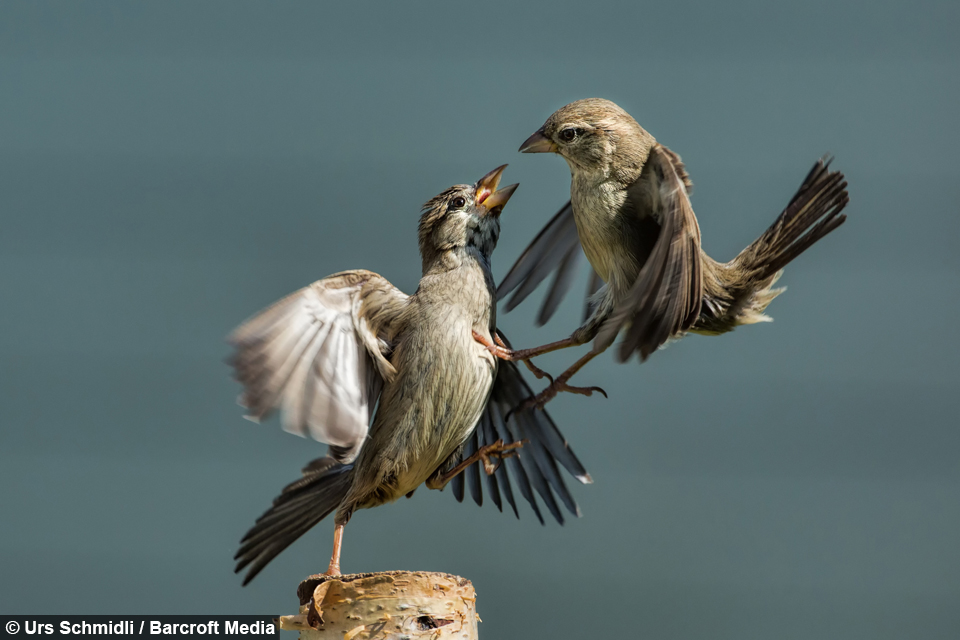 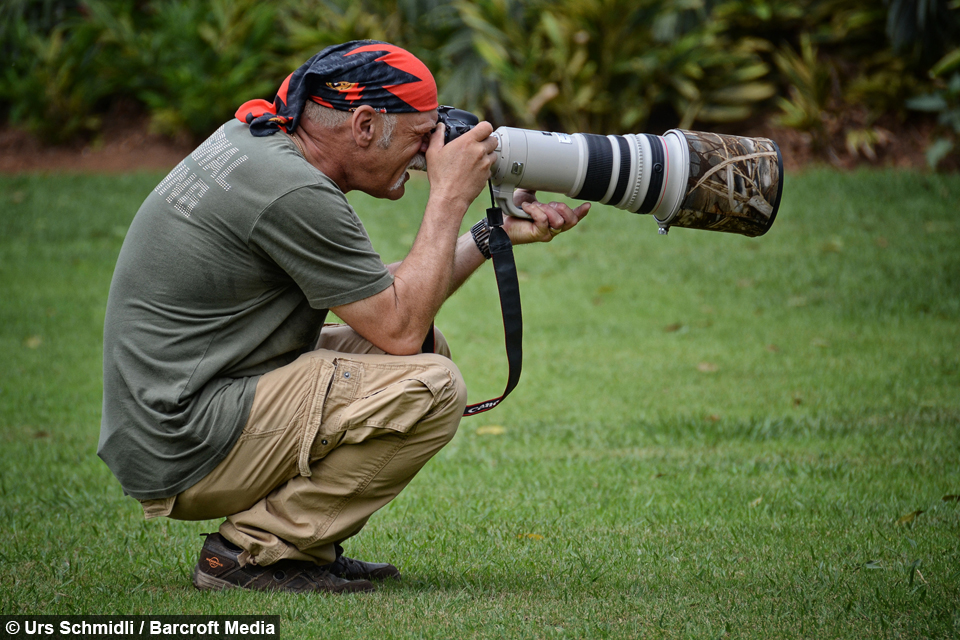