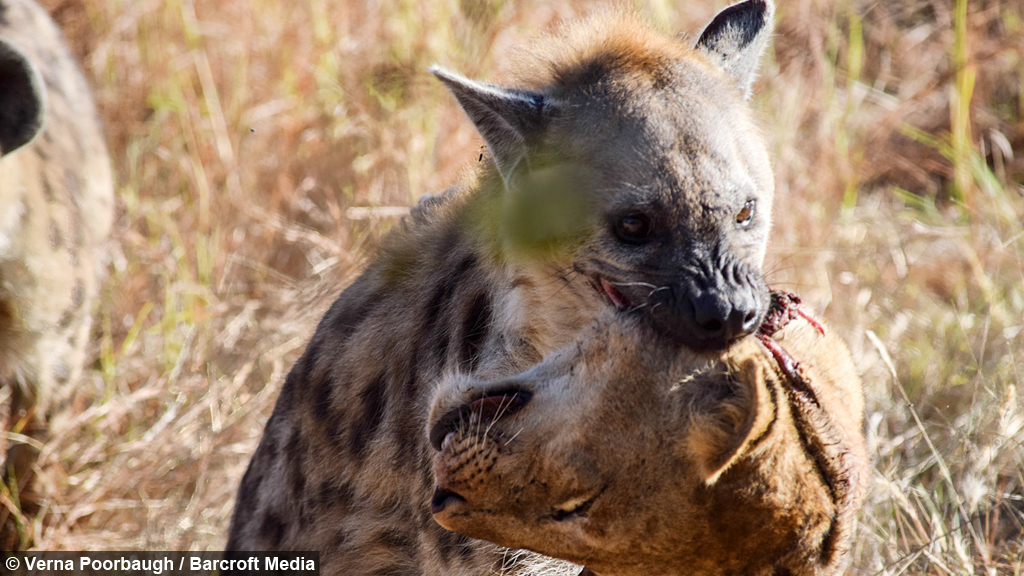 The scavenger was seen holding the prize in its teeth, after the big cat was believed to be killed by two other lions.

Verna, from San Diego in California, said: “We were on a safari drive when I happened to catch some movement in the bushes.

“I asked our driver Peter to stop, he stopped, backed up, and waited so that we could see what was happening.

“Out of the bushes came a hyena, and to our surprise it was carrying a lion’s head and heading directly towards us.

“He came right up to us, stopped, turned around and headed off into the bushes.

“It took a moment for us to realise what we were actually seeing.”

Verna, 78, was travelling with Bushcamp Safaris when she took the photos in May.

Her driver believes the dead animal was a young male killed by two older lions, who wanted to eliminate the competition whilst taking over a pride.

Verna continued: “Peter also suggested that maybe the reason the hyena came so close to our vehicle was it saw it as protection from the other lions.

“I was thrilled to have the chance to observe and experience this amazing sighting along with capturing these great photos.

“If it hadn’t been for our knowledgeable and patient guide Peter, I may have missed this experience along with the photos of a lifetime.” 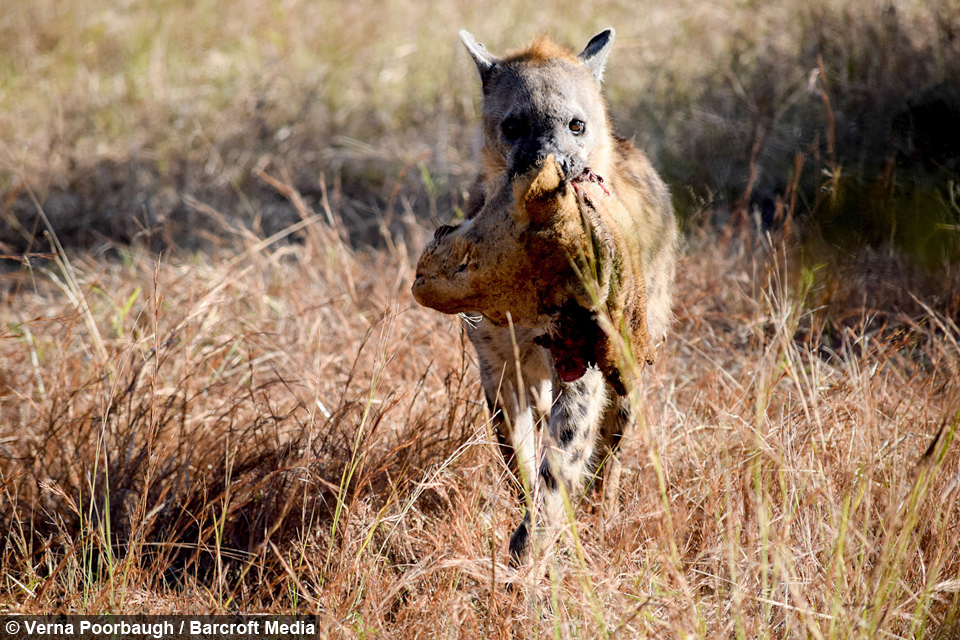 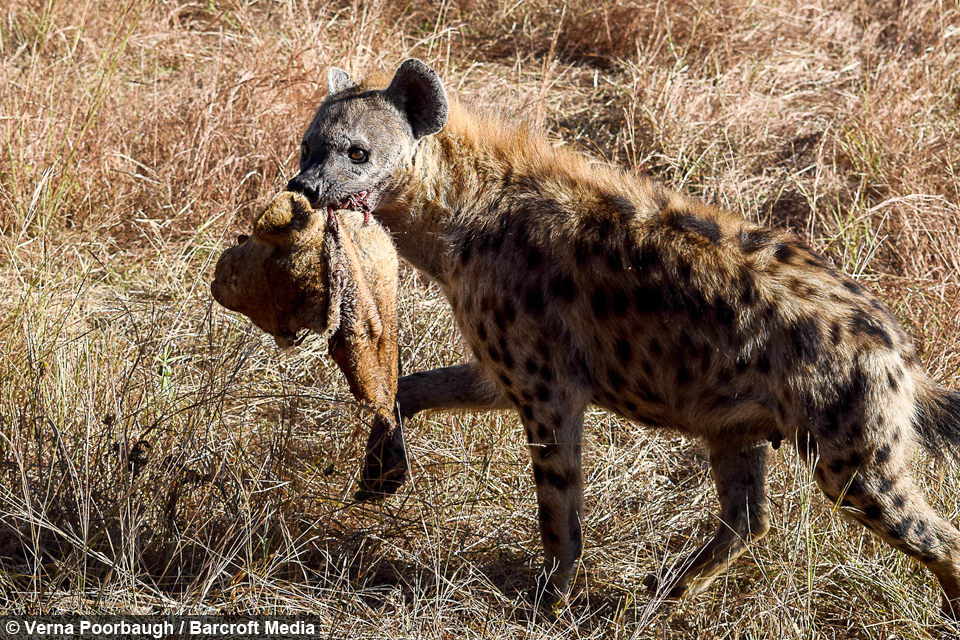 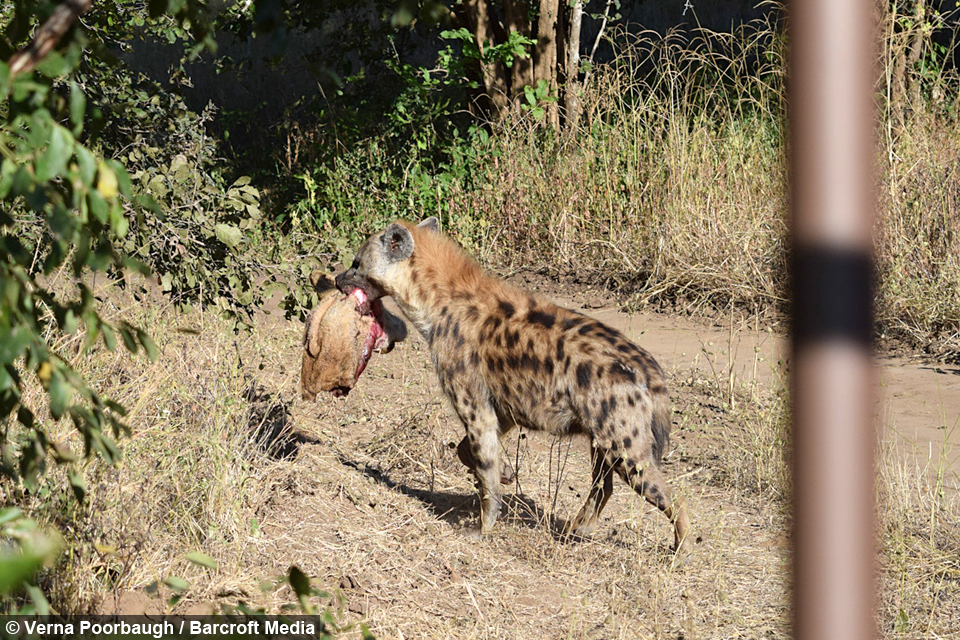 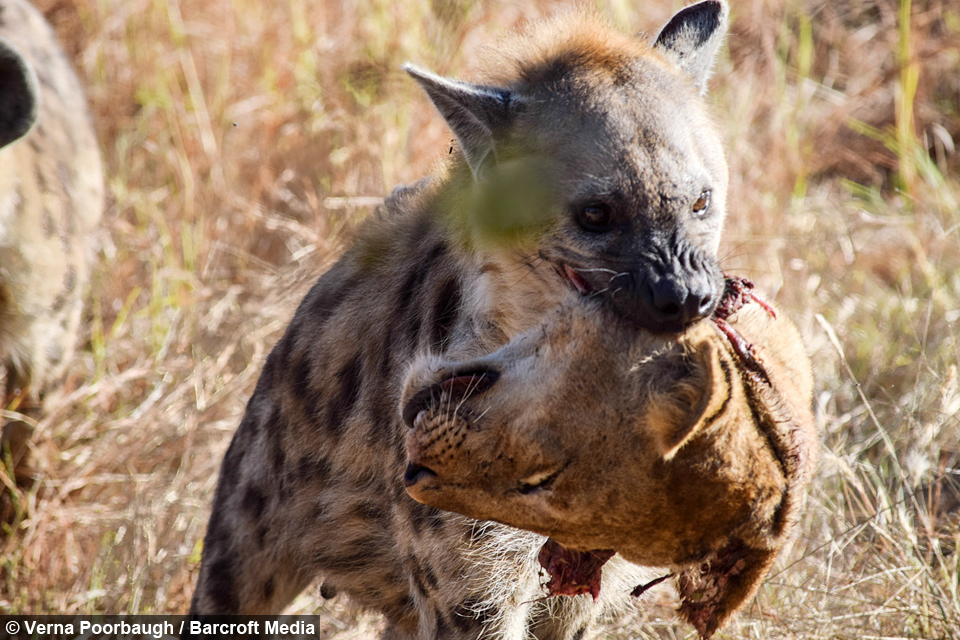