Hide And Peek: Cute Hyraxes Spy On A Snake 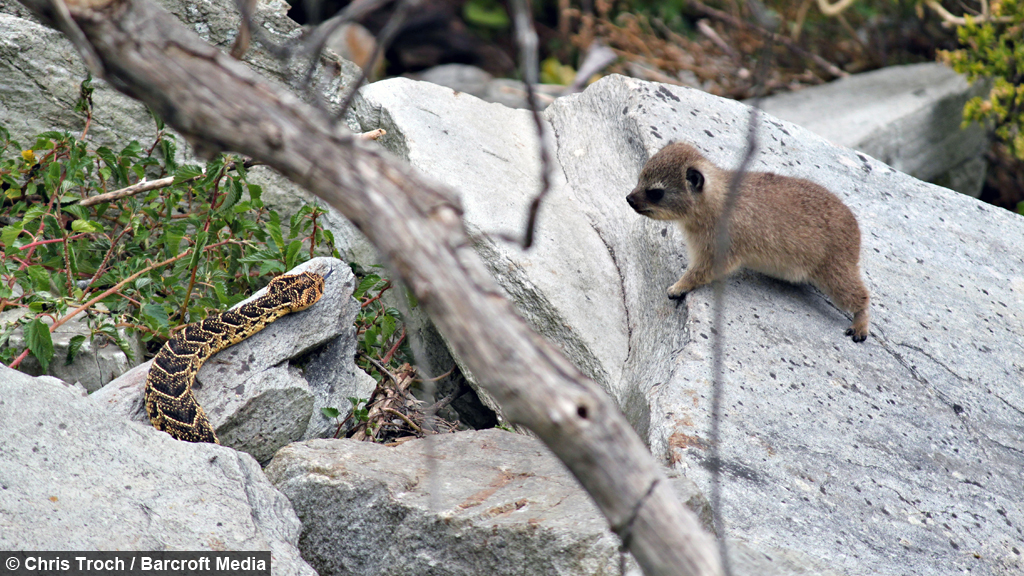 The animals were spotted spying on the predator in the Tsitsikamma National Park in South Africa.

Amateur photographer Chris Troch was on a hike with his girlfriend in January, when he encountered the anxious hyraxes.

The 28-year-old said the furry mammals were working together to make sure the adder didn’t get too close.

He explains: "This group, comprising of about 15 individuals in total, had some juveniles with them, seeking refuge in the rock cavities.

"Since they are fairly common to the region, I did not give them much attention at first.

“After stopping and taking a closer look, I realised all of them were trying to get a glimpse of something at the bottom of the rock outcrop.

“Not sure what it was, I decided to stick around.

“ After about 10 minutes trying to get the best view through the dense vegetation, I saw the head of a huge adder, which must have been longer than a metre in length, rise up behind the rocks.

“This snake was making his way upwards to where the juveniles were hiding.”

Hyraxes are small herbivorous mammals that are often mistaken for rodents.

Despite being prey for adders, the animals were able to work together to avoid being eaten.

Chris, from Stellenbosch in South Africa, explains: “As the snake came closer, one adult male kept a close eye on it.

“The rest of the group kept their distance, always moving away from it, but never leaving the rock outcrop.

“This went on for another 45 minutes, with the other hyraxes in the group, even the juveniles, coming in for a closer look.

“Up and down, up and down the rocks.

“Communication between the hyraxes seemed meticulous and I got the impression that they were never in real danger.

“The snake then gave up and disappeared into the vegetation.”

Hide And Peek: Cute Hyraxes Spy On A Snake 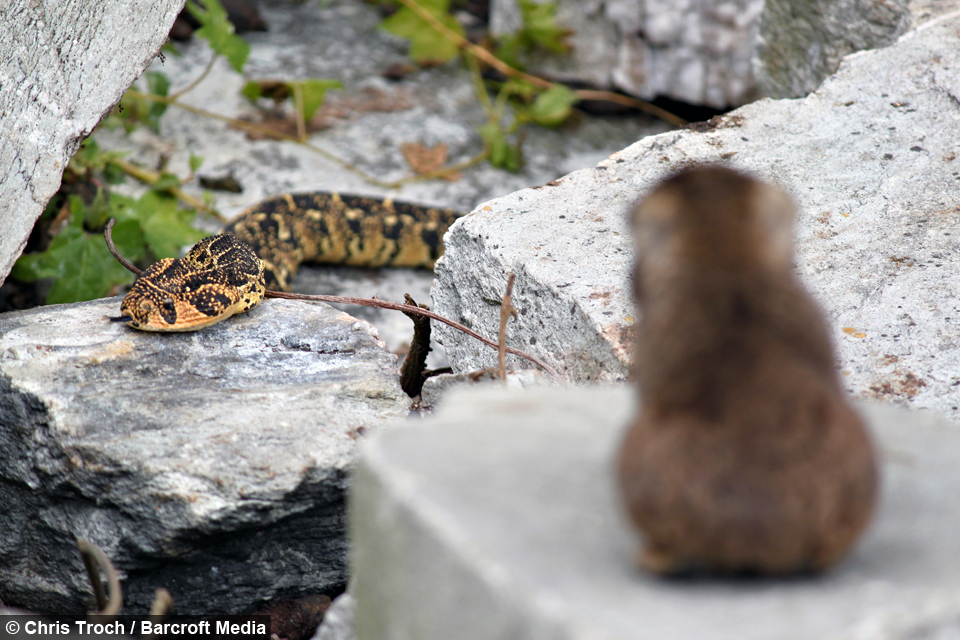 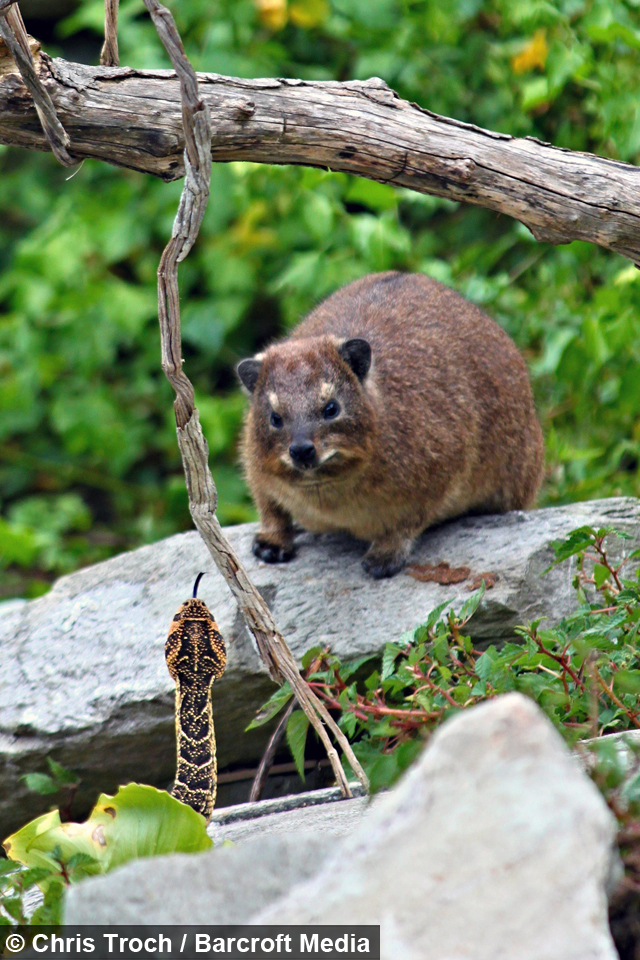 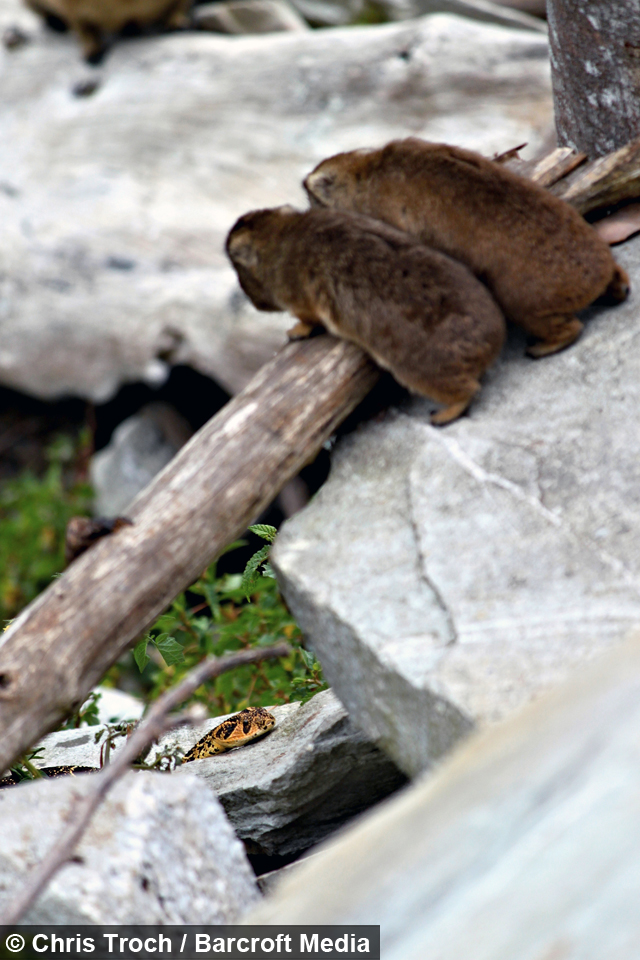 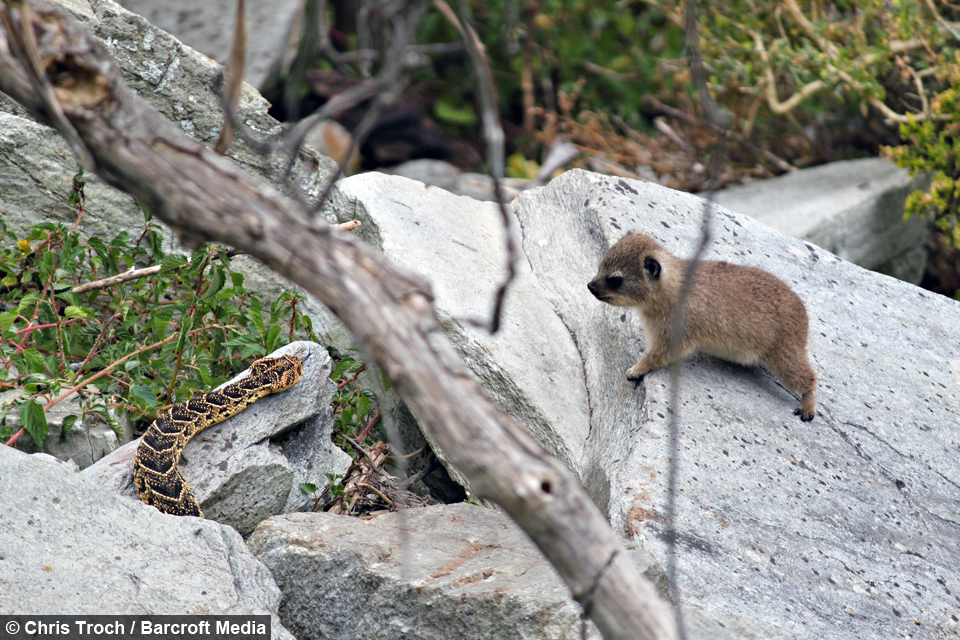