Lacey Wildd has already undergone 12 breast enlargements - and now she's preparing to go under the knife again to become a size MMM. Lacey's children say her huge boobs are embarrassing and they want her to stop risking her health.

But glamour model Lacey, whose real name is Paula Simonds, said: "If I have triple M implants it will take me into the top 5 big breasted models in the world. There is that key top 5, and then everybody else is below.
"It will increase my fame and earning power considerably.
"I want to make the most of this opportunity, to give my kids a good lifestyle."

"I used to be a showgirl in Vegas when I was younger and loved the limelight," said Lacey, who was married in her 20s.
"When I had my kids I decided to focus on my family and became a stay-at-home mom.
"Now I need to support us, so I went back to my career as a big-breasted model."

Now she appears in films, TV shows, and advertisements, and has thousands of online fans.

But Lacey's children are worried the MMM implants will cause terrible side-effects such as stretching, tearing, or even an infection that might kill her. Sixteen-year-old Tori said: "I don't want my mom to have her boobs made any bigger.

"I think she isn't really thinking about our opinions. What if she dies? Is she taking that into consideration?
"Does she really care that her kids could be left alone?"

But determined Lacey, from Hollywood, Florida, USA, says she is preparing her skin for the larger implants to avoid the risks of rupturing, and will take every care to avoid dangerous staph infections.

"I've stopped wearing a bra, so my skin has time to stretch," she said. "I'm also trying to lose weight, and I went on a diet of liquid, vitamin B12 shots and apples for a while."

Lacey wears a corset to sculpt her waist, and has already undergone two tummy tucks, four full body liposuctions, and abs sculpting, plus she's had butt implants and two butt lifts.
"I know that the surgery is going to be dangerous.
"I went into this knowing that there are going to be very big risks involved. But I'm ready to take that chance," she added.

"The skin around her breasts is already extremely thin, and it would be too dangerous for her to undergo more surgery," he said. "I would advise she reconsider and seek help for her surgery obsession."

But Lacey, who has fans all over the globe, believes there are surgeons willing to carry out larger breast implants, and is considering going abroad for an op. She admitted she worries about the effects of her fame on her children, especially Tori and Michael, who are in high school.

"I know Tori probably gets teased at school about me. All the boys she knows want to be my friends on Facebook," she said. "But whenever the kids bring friends home, they see I'm really cool, like a normal mom.
"I dress normally at home, play with the kids and make nice meals for my family.
"When I'm not acting or modelling, I'm just like anyone else."

The busy mum, who also has silicone lip implants, is often mobbed by fans at the beach or the mall while dressed up for modelling assignments. But whenever she is out with her youngest children she is very protective so they have space together as a family.

Lacey added: "I was one of six children, and my mom was so poor we couldn't afford a place with electricity or running water.
"I want to provide for my kids and pay for a college education, so they have opportunities I didn't have.
"I'm 44 now, so I want to do this now while I still can.
"I'm more determined than ever to have this surgery, and make my dreams a reality." 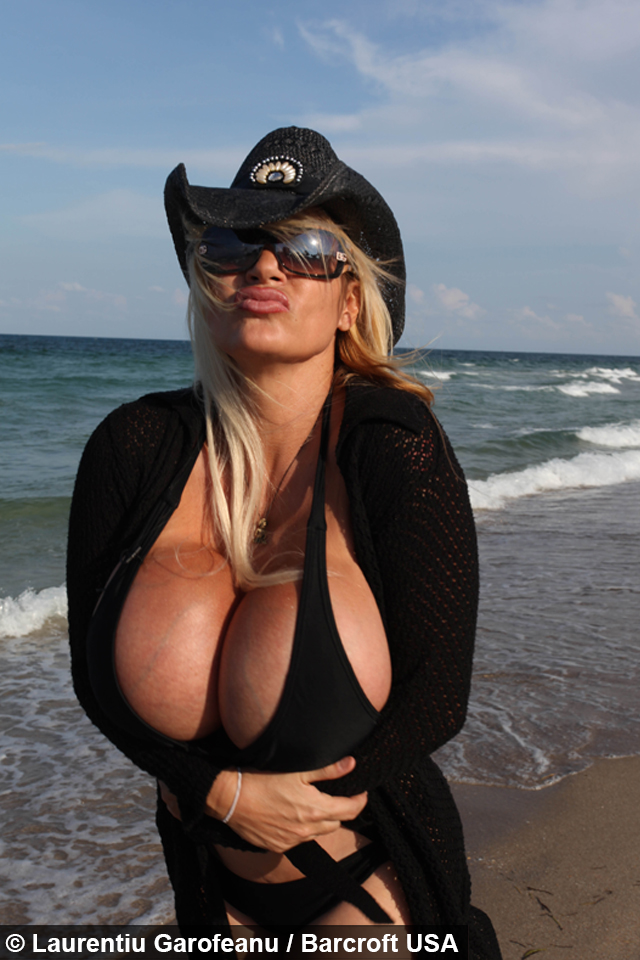 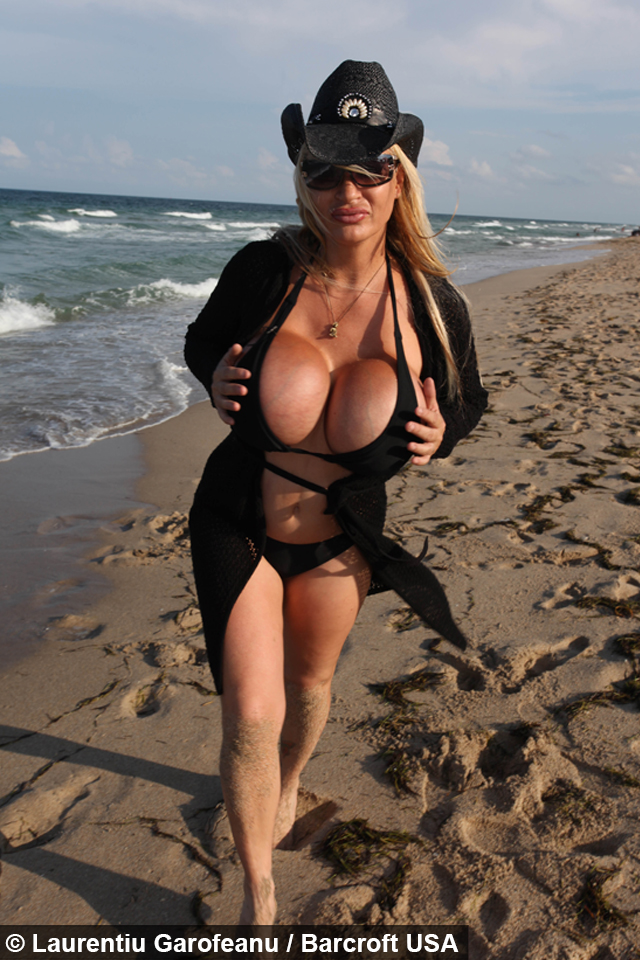 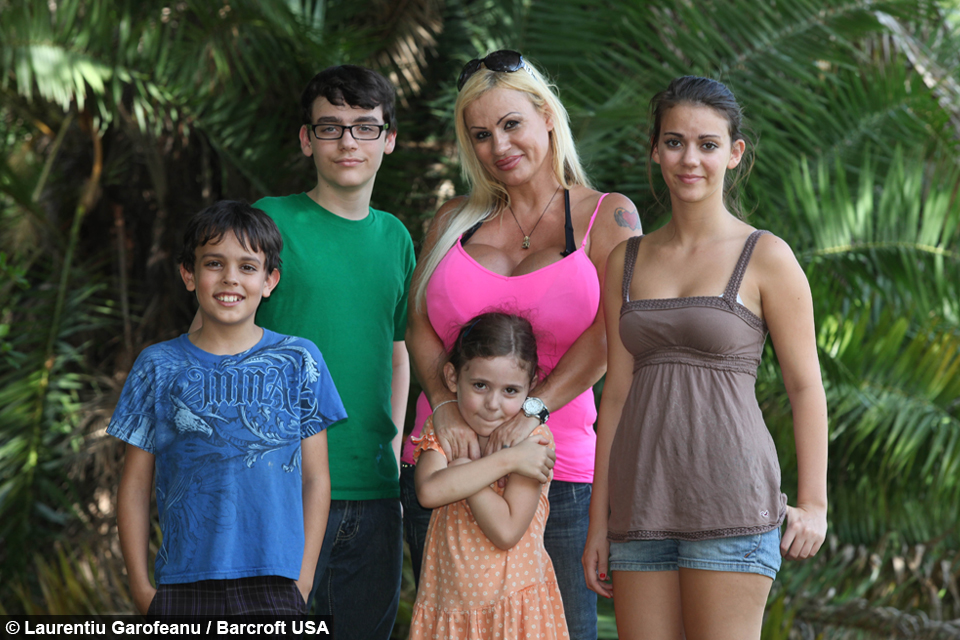 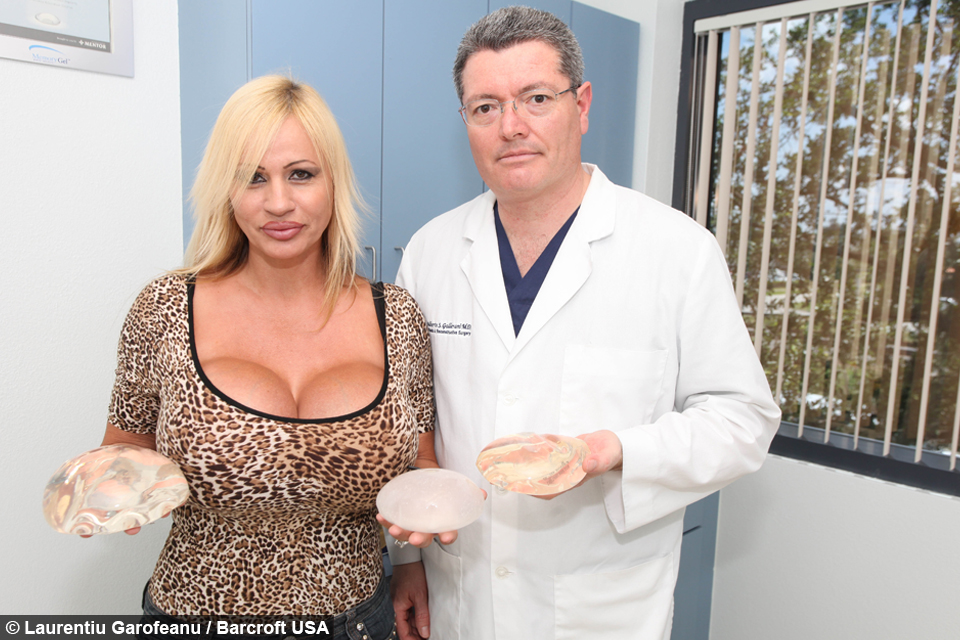 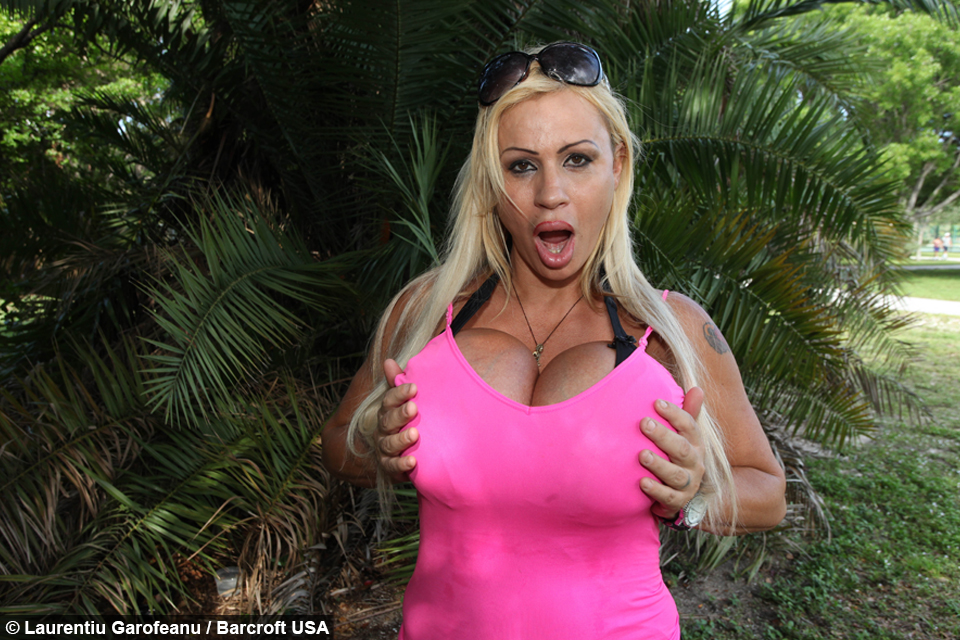