Shot in June 2015, the dramatic footage was taken by US tourist Gabriella Kurz, 22, in Kruger National Park, South Africa.

The video shows a juvenile big cat stalking two large hornbills before launching an audacious aerial attack and grabbing one of the birds as it starts to fly away.

But to the astonishment of the watching safari group, the feathered animal managed to wrestle free and fly to safety.

Washington-born Gabriella explained that it was rare to see a leopard hunting such a large bird.

She said: “We were all very surprised when the leopard attacked - our guide said this was a very unique incident as hornbills are not a typically hunted prey by leopards.

“We had been driving along the road and someone had spotted the leopard on the side of the road hiding from the hornbills - we quickly pulled over and watched the cat make its move.

“The leopard was probably very young and quite hungry, which would explain the attack and also why the hornbill was able to get away.”

And the American biology graduate, who was enjoying her first safari trip, revealed that the lucky bird appeared to be unharmed and was able to take refuge in a nearby tree.

She said: “After the hornbill escaped it actually landed on the tree which you can see in the background.

“The leopard actually jumped up the tree but the bird was able to quickly fly away.” 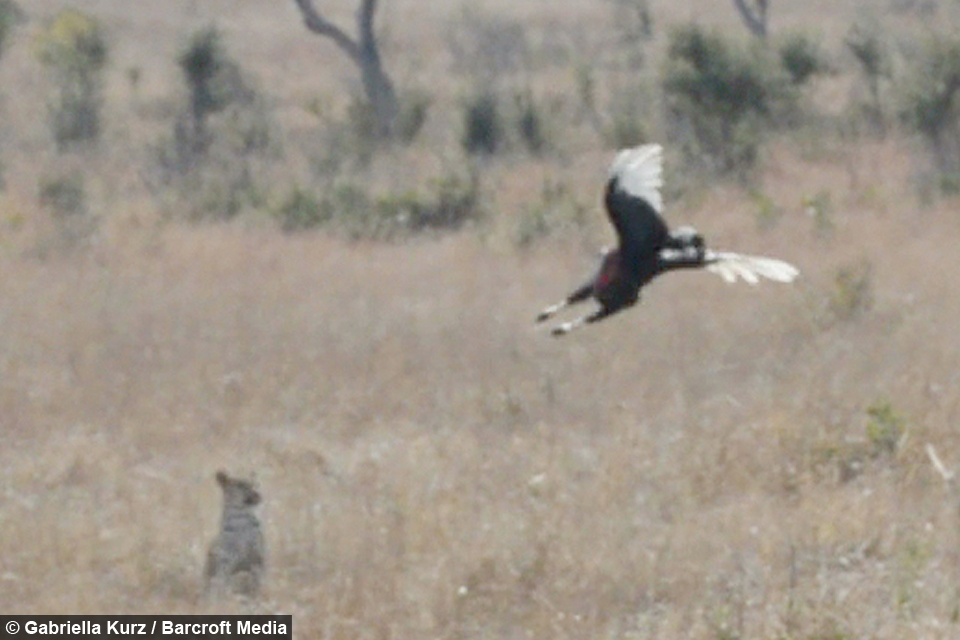 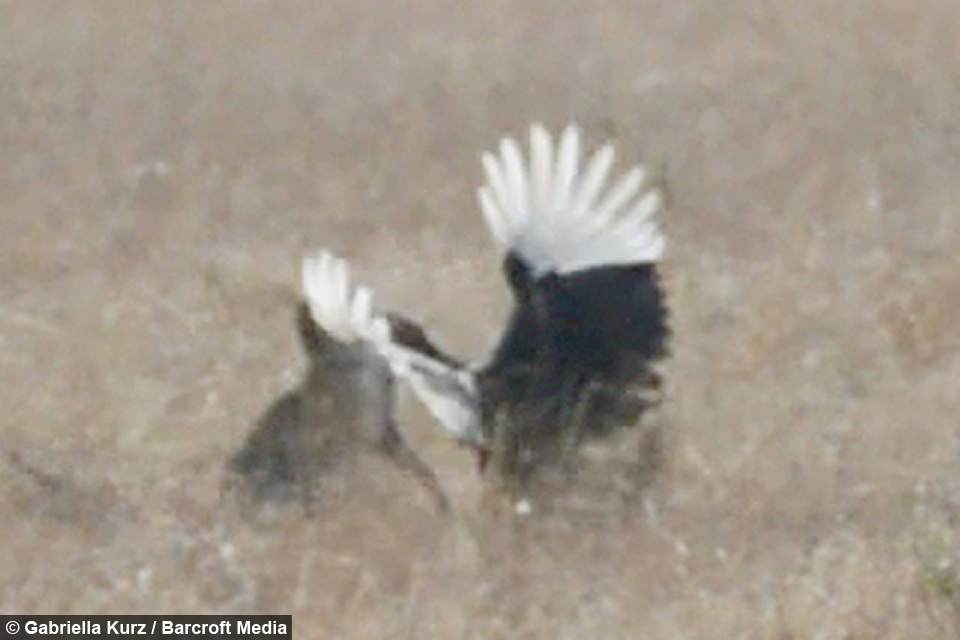 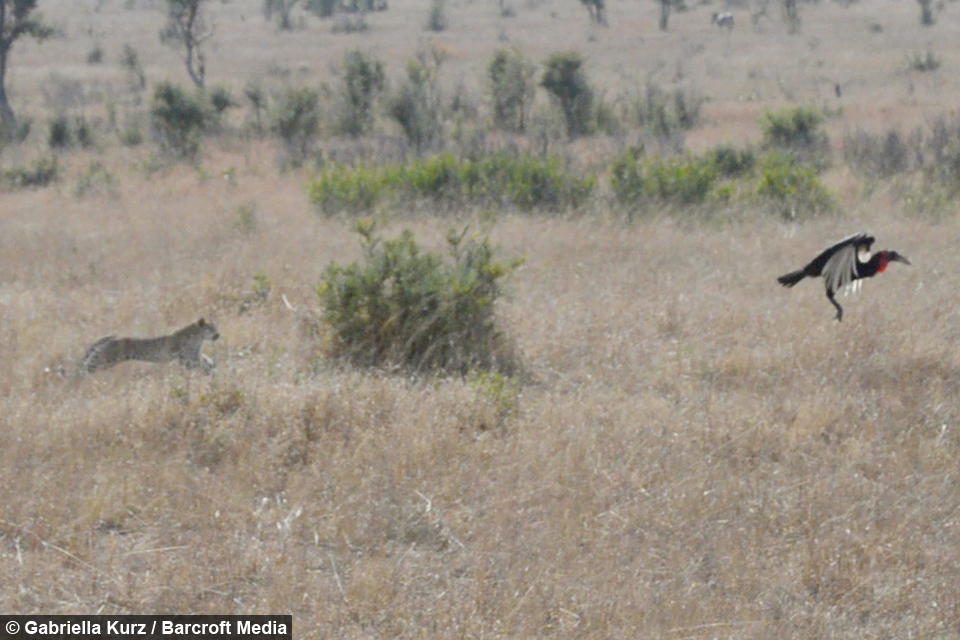 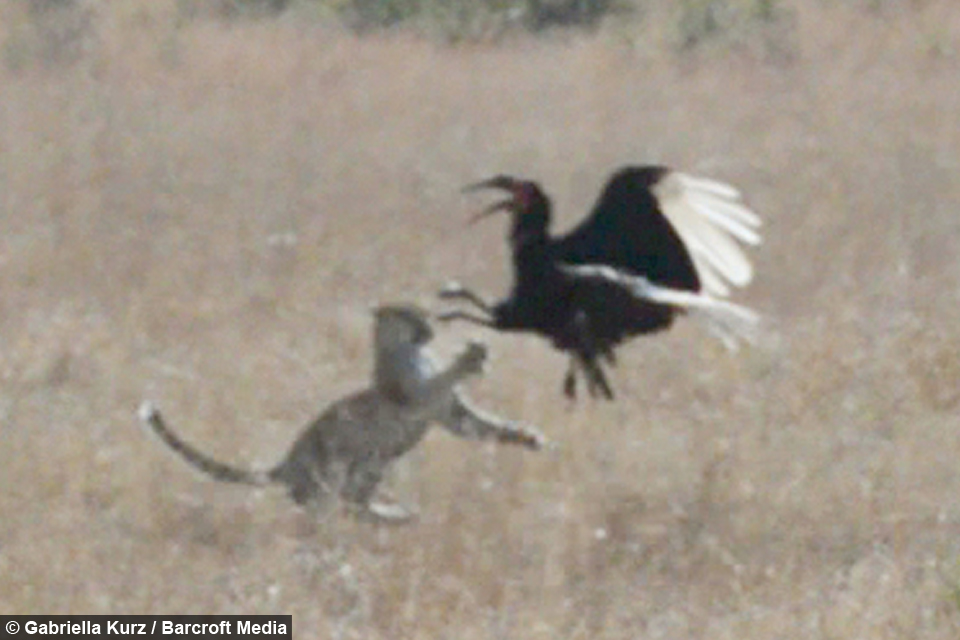 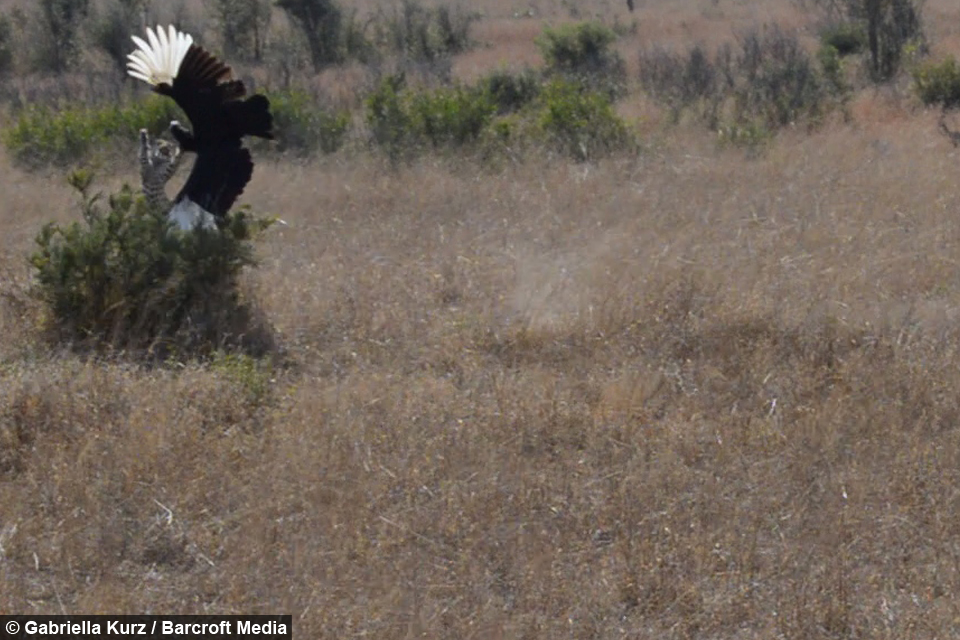 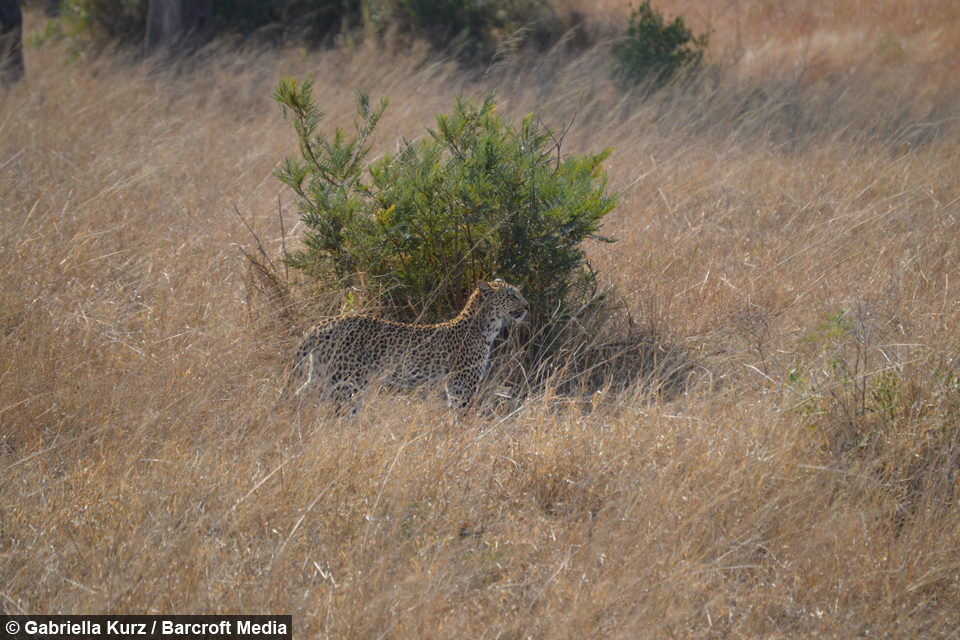