Give Me That! Leopard Pulls Huge Python From Tree 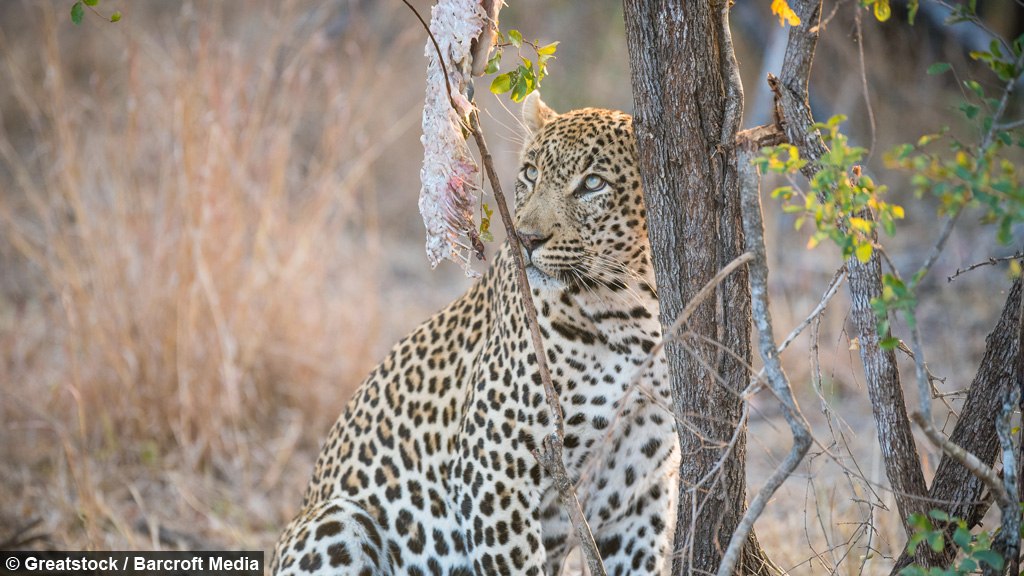 The big cat reared up on its back legs for the tug of war, after spotting the dead reptile in Kruger National Park in South Africa.

The African rock python was stashed in the tree by a honey badger, but its lunch was stolen by the thieving leopard.

Photographic tour operator Joshua Mcphail took the photos on a trip to the park in June.

He said: “He was staring up at the tree as we approached and then he jumped up onto his hind legs and grabbed something that looked the size of a big branch and started pulling.

“It was a massive African rock python.

“He pulled with all his strength, sometimes lifting totally off the ground and kicking up a lot of dust to no success.

“He would then sit and look rather dejected and take a few bites out of the snake.

“The snake was wedged very well in the tree, which made us think how it got there.

“We asked another guide who was already at the sighting and he told us the detail of an incredible story.

“It had been killed by a honey badger and then stashed in the tree by the badger who was not around at the moment.

“An incredible sized-snake for a honey badger, but for those who know, they are a forced to be reckoned with.”

Joshua, 24, from Johannesburg in South Africa, took the photos in the Sabi Sand Game Reserve in the park.

The media manager leads photographic tours in that area of the park a few times a year.

He continued: “He had realised plan A was not working.

“He seemed to sit there and calculate his next approach.

"He then launched himself into the small tree and dislodged the snake from the other side.

"The leopard then dragged the heavy snake slowly through some thick bush as he looked for a big tree to stash his stolen meal.

"I’m sure the badger was not impressed to arrive back to a stolen meal of that size.”

Give Me That! Leopard Pulls Huge Python From Tree 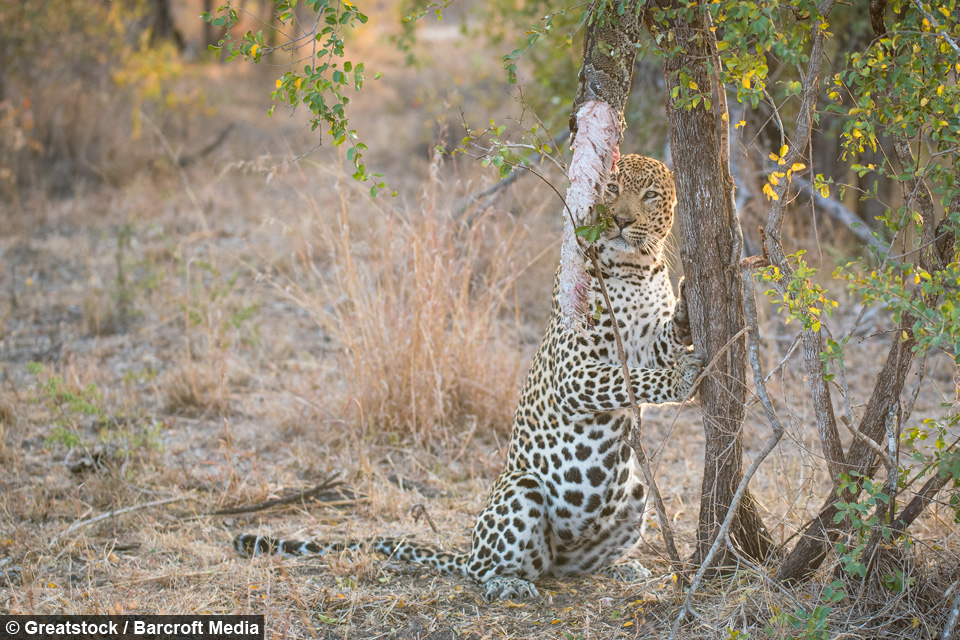 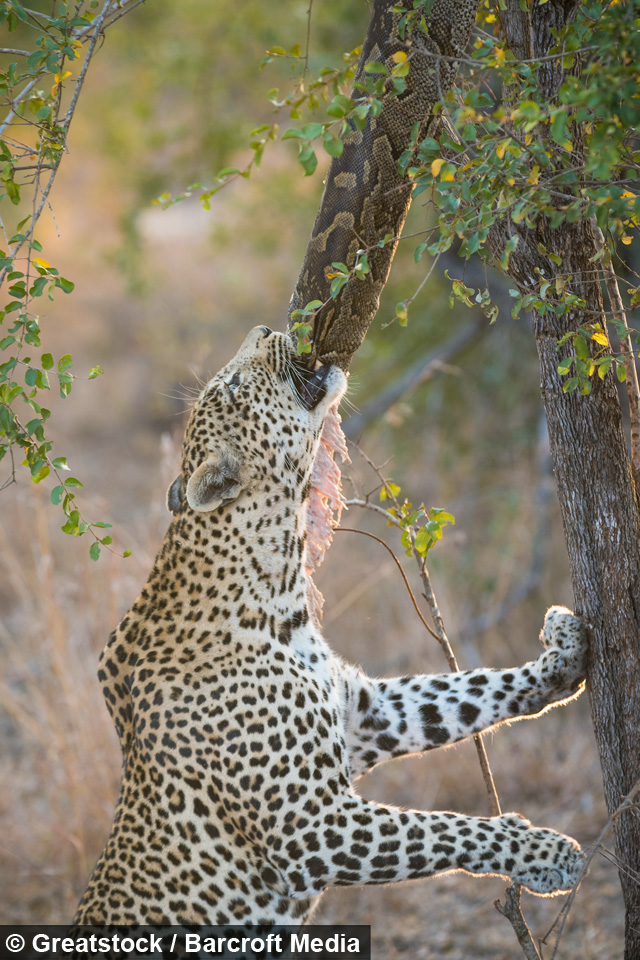 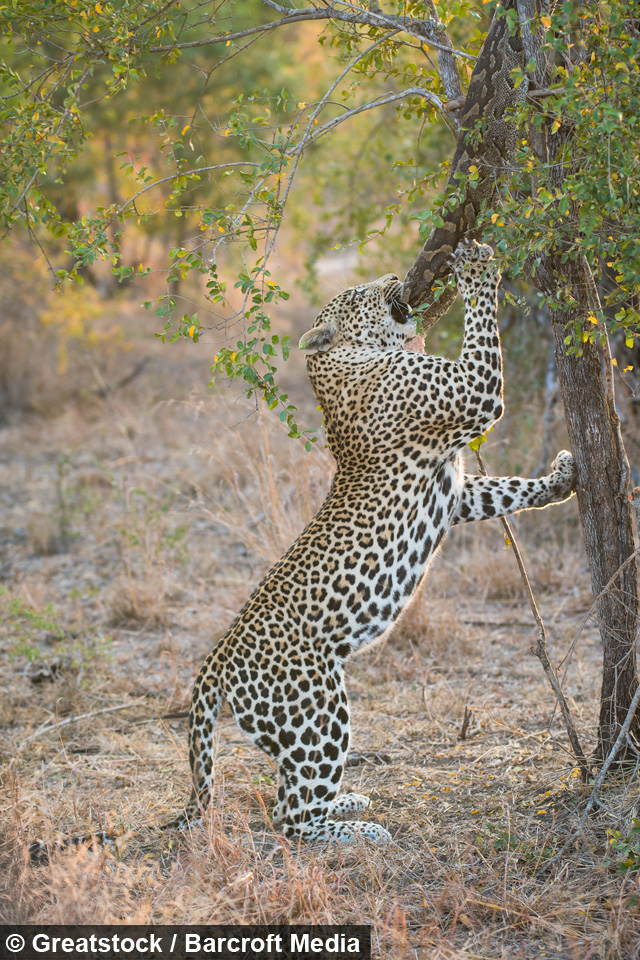 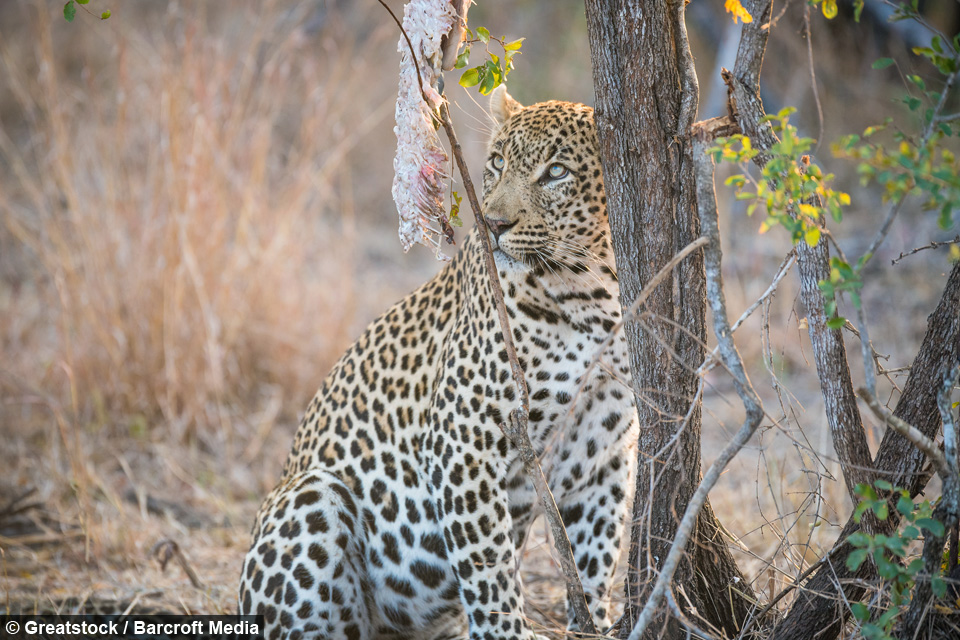 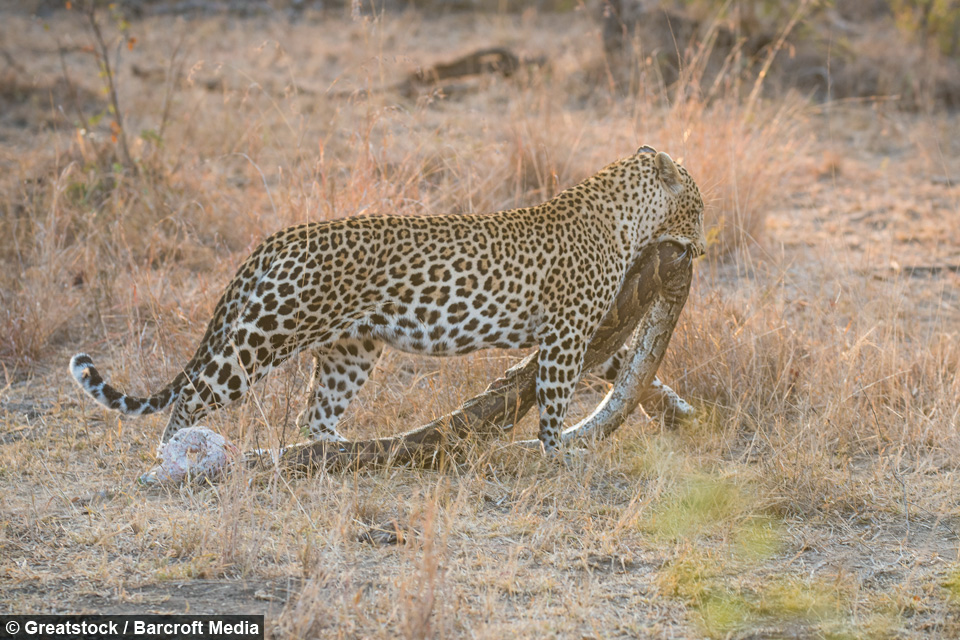