Emergency vets scrambled to the middle of the Masai Mara Nature Reserve in Kenya when they heard about the female lion's life-threatening injuries. Staff at the David Sheldrick Wildlife Trust – a specialist elephant rehabilitation centre who are also able to assist other species and often collaborate with fellow animal welfare groups – had to act quickly if they were to save the mother, named Siena.

Dr. Njoroge from the Kenyan Wildlife Trust was flown from Nairobi to the nature reserve where the injured lioness stood with her cubs. After she was tranquilised, he and his team spent around three and a half hours cleaning up and stitching the huge gaping wound before the lioness returned to her babies.

A spokesman for the David Sheldrick Wildlife Trust said: "At around 9am a call was received from Governor's Camp in the Masai Mara reserve about an 11-year-old lioness named Siena who was injured on her left lower flank by the horn of a buffalo bull.

"The DSWT immediately deployed a Kenyan Wildlife Service vet Dr. Njoroge from Nairobi and organised an aircraft for him to the Mara.

"Treatment started at 3.50pm after the lioness was successfully darted.
"The wound was extensive and involved damage to the soft tissue and skin.
"The vet cleansed the wound using saline solution and then sutured it.

"Siena's treatment took approximately one and a half hours and was a great success – she was able to rejoin her pride.

"With all teams working effectively and efficiently together, the life of Siena was saved and her cubs stayed protected by their mother." 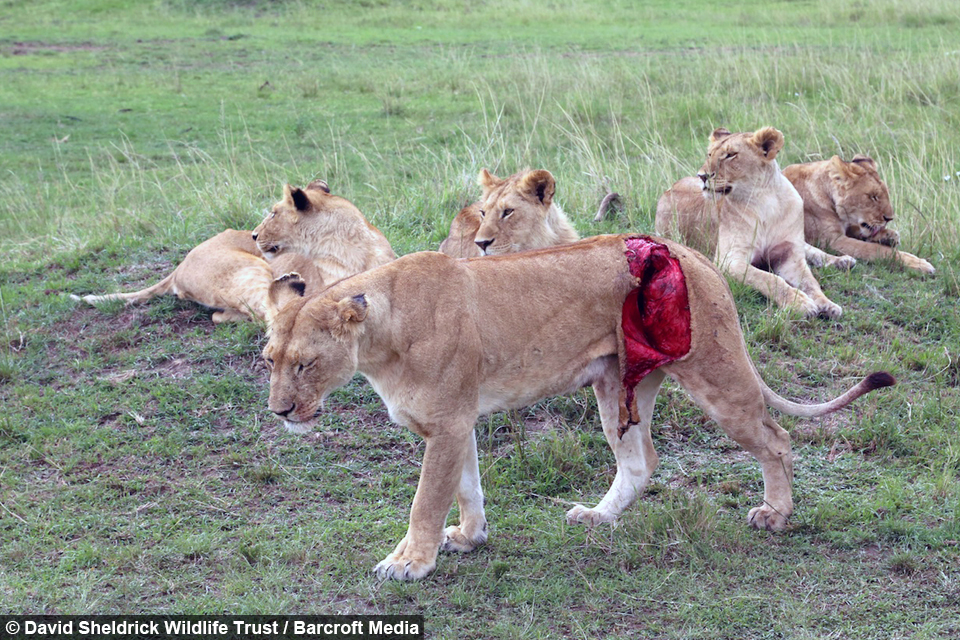 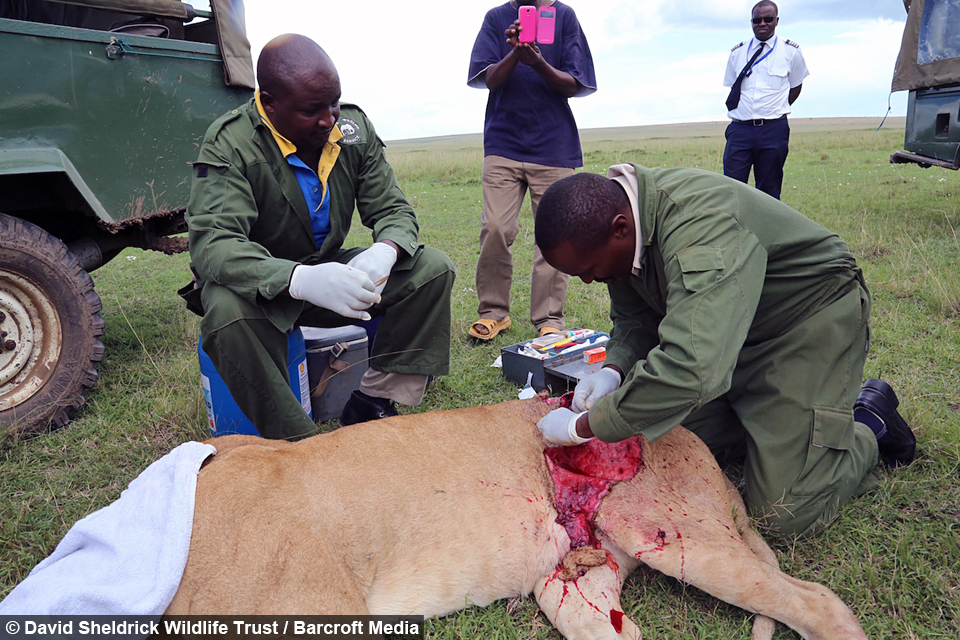 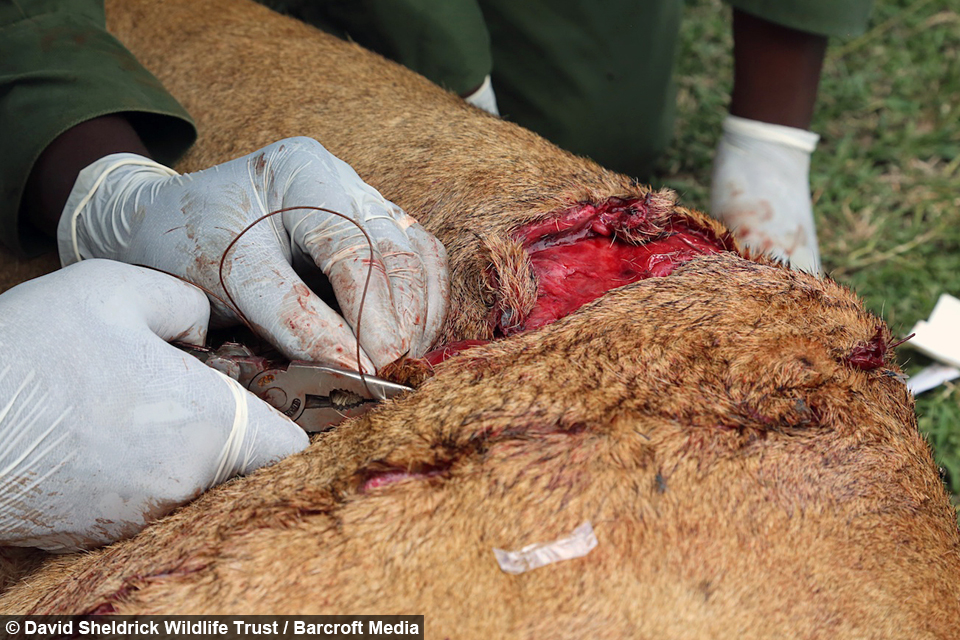 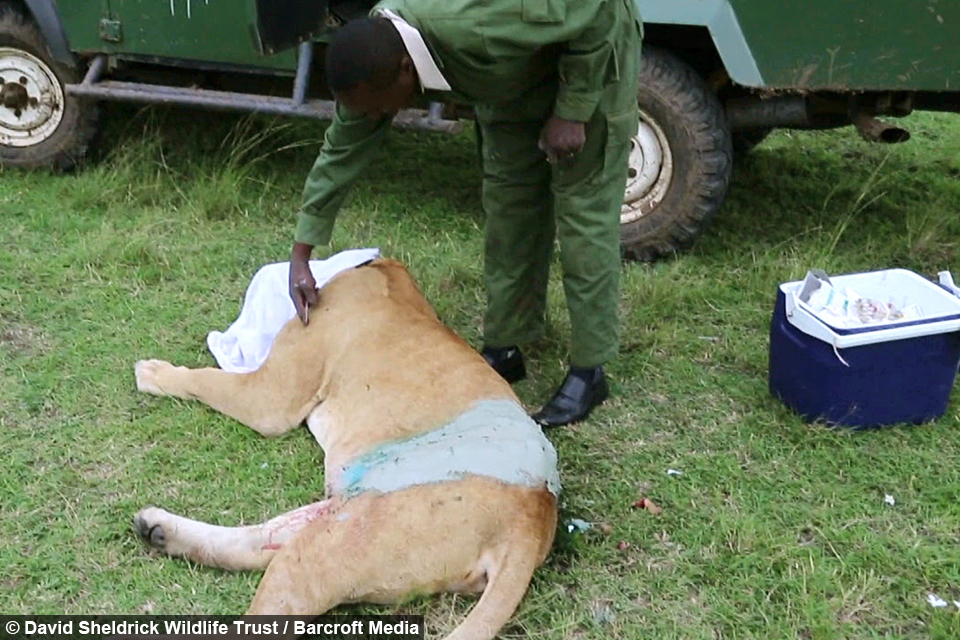 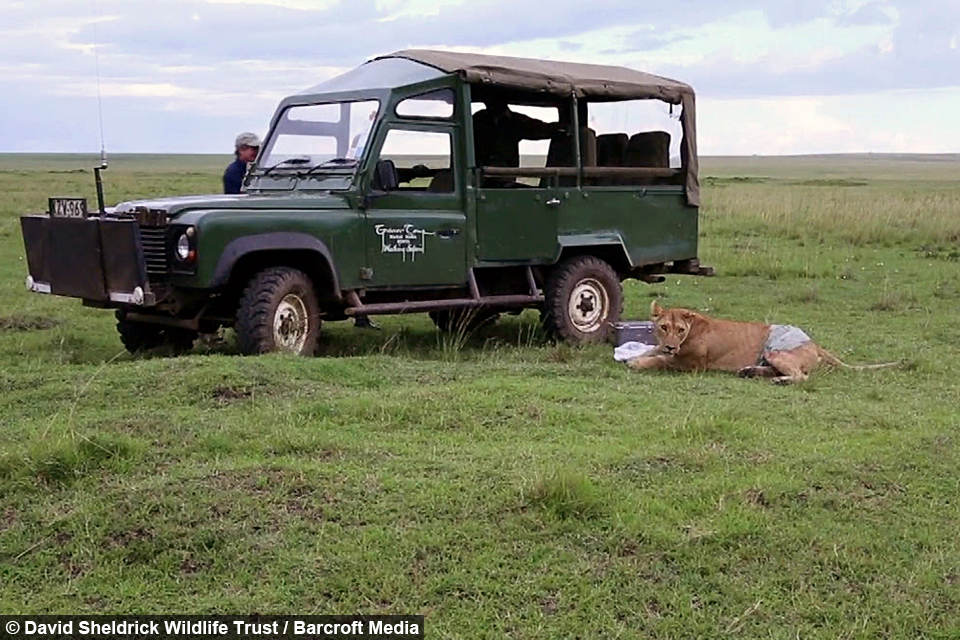