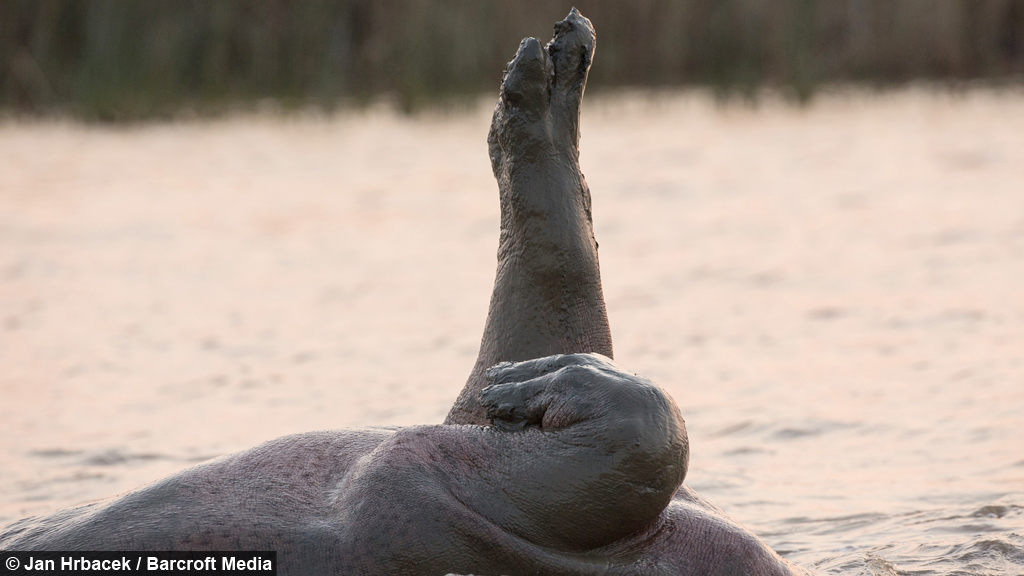 The majestic animal put on an incredible spectacle for tourists, who were expecting to see an aggressive male.

But when they encountered the hippo bull its head was completely submerged, and only his underbelly and feet were showing above the surface.

He said: "It was late afternoon, our boat driver said - 'behind the next corner we will see an old and aggressive hippo bull.'

"But it was actually very funny. We saw a hippo bull not being aggressive at all.

"He was playing in the water like a synchronised swimmer.

"I felt like I was in the theatre, the only thing missing was the music."

As well as executing some elegant moves, the refined hippo showed off its enormous jaws by swimming through the water with its mouth open.

St Lucia in KwaZulu-Natal has South Africa's largest population of hippos, and the animals have even been spotted walking around the local towns. 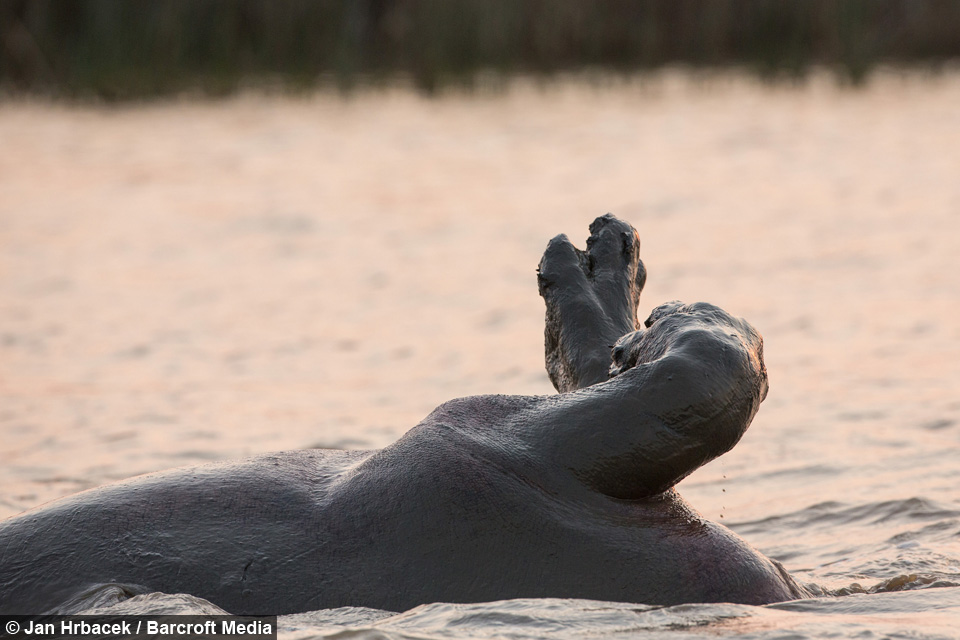 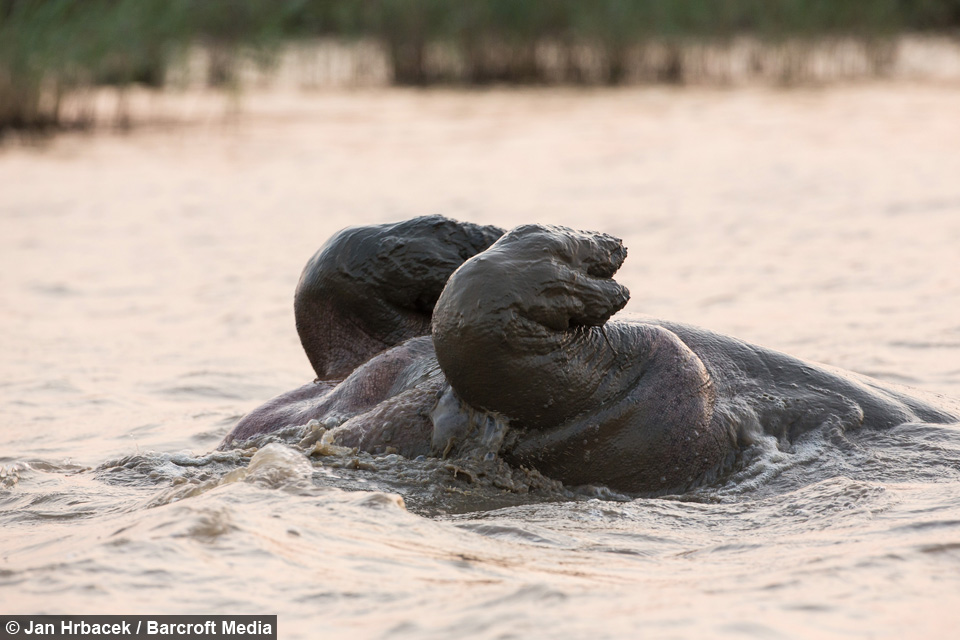 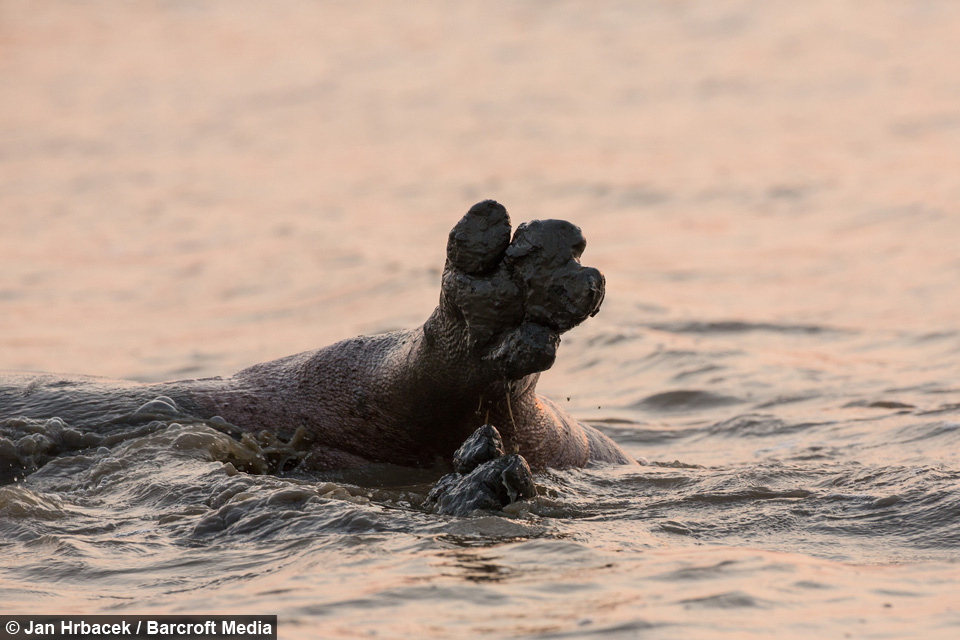 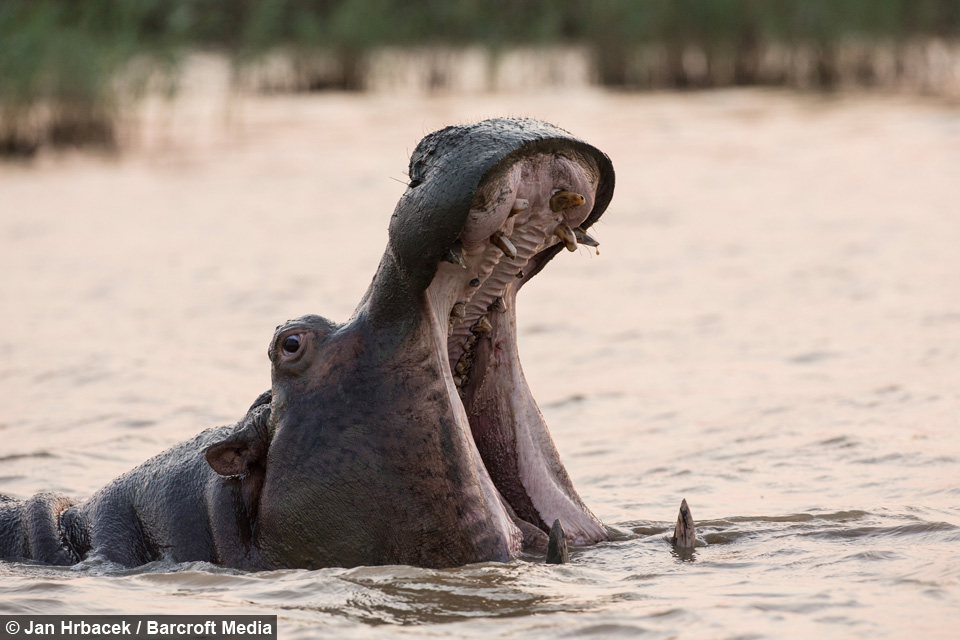