The lucky snapper said: “This was a unique sighting, not an ordinary lion sighting one would come across.

“There were six male lions sitting together, black maned lions, and it’s not common to find so many testosterone driven males sitting in each other’s company, but there I was staring at six Kings!"

The South African photographer later learned that the lions were in fact a coalition that ruled the area.

Parbhoo said: “It was a very powerful coalition! They groomed each other and then proceeded to roar, before getting up to advance with their daily territorial patrol.

“I was later informed as time went on that these lions were known as the Gomondwane Males, the name given by the area in which they ruled.”

With six fully grown male lions sitting only 10 metres away from his vehicle, it is only natural that Ronesh felt a little apprehensive.

He said: “They sat about 10m away from me, relaxing in the lush bush and then later got up and walked within touching distance from my vehicle.

“I became slightly nervous but tried to remain calm as they made their way towards me. I couldn’t believe I was alone and in the company of six fully grown male lions.

Lion coalitions are normally made up of lions that are brothers, half-brothers, and cousins.  They usually have their beginnings when these males are all still cubs, living in their natal pride.

It has been recorded though that unrelated males may join up and form coalitions later in their lives. 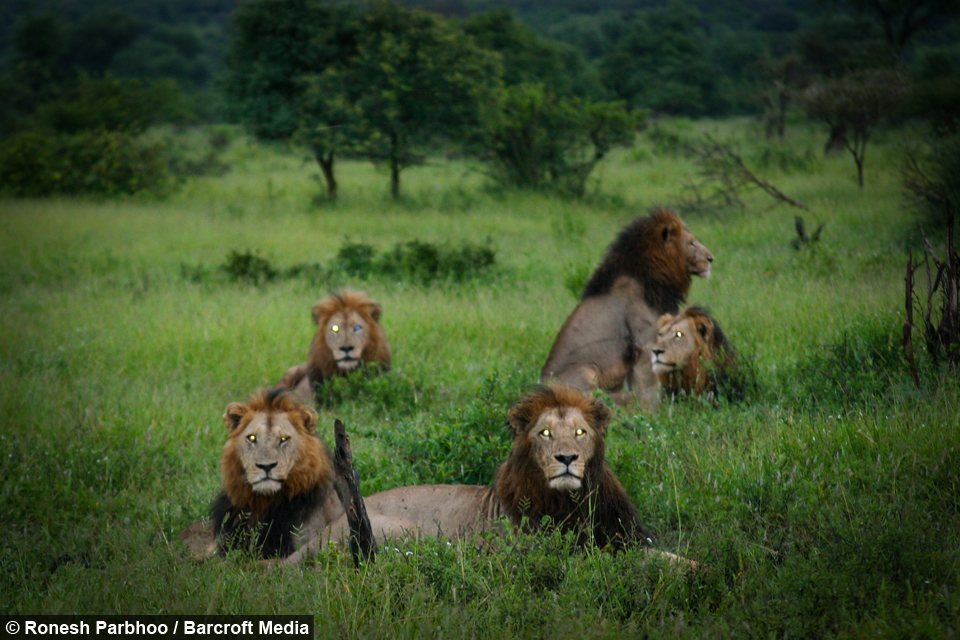 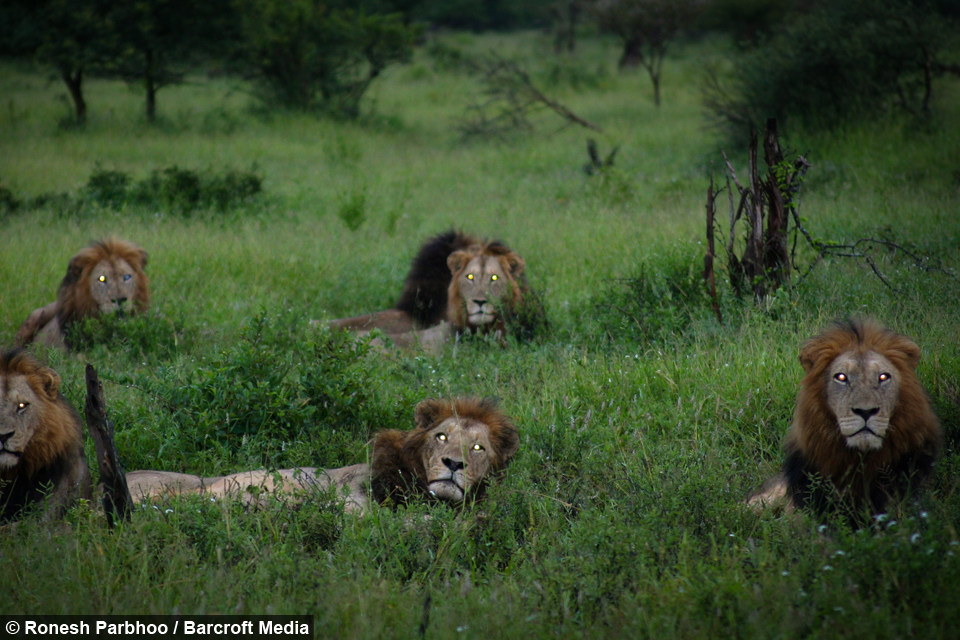 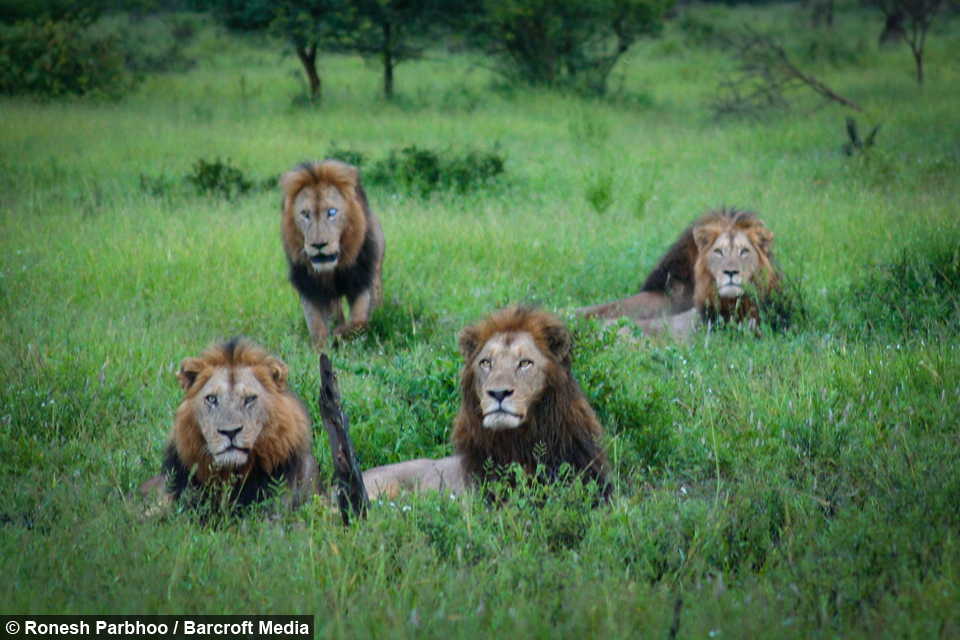 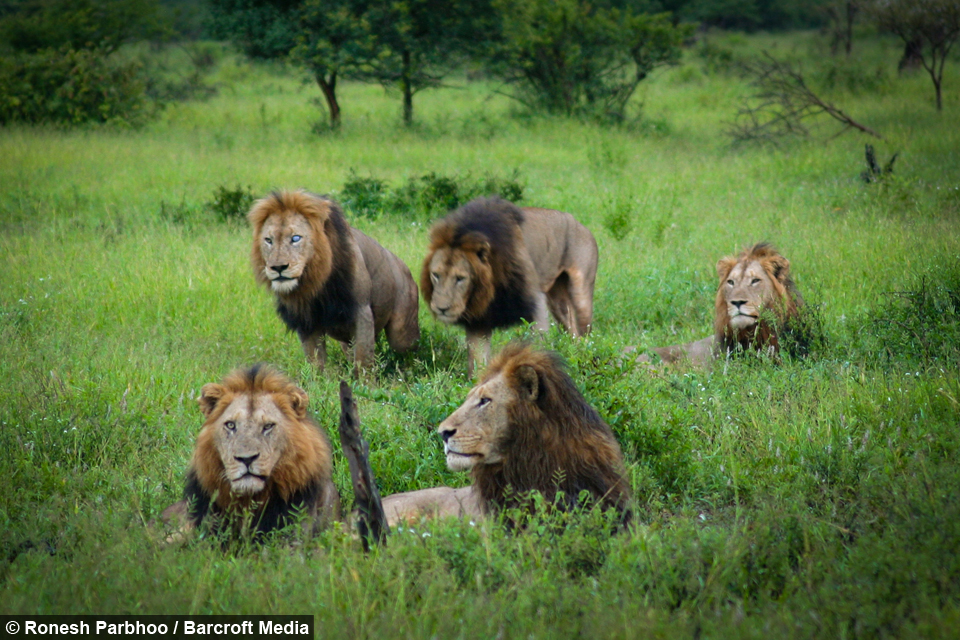 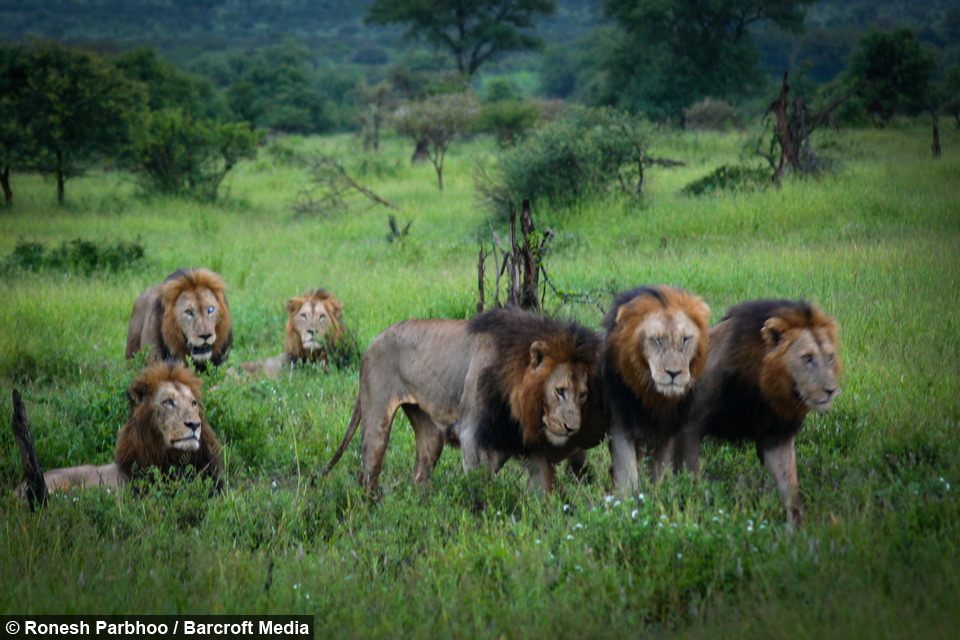 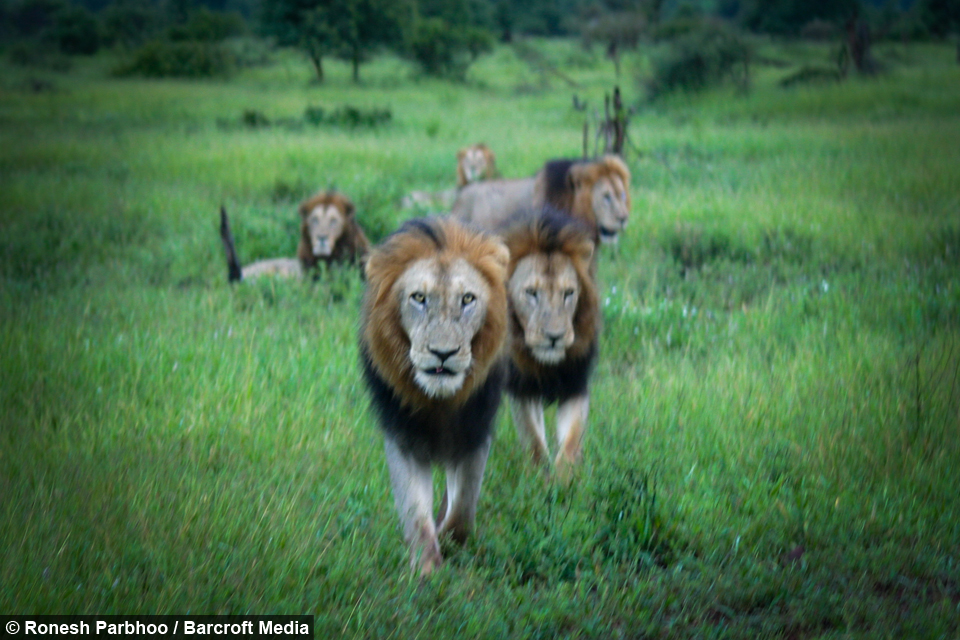 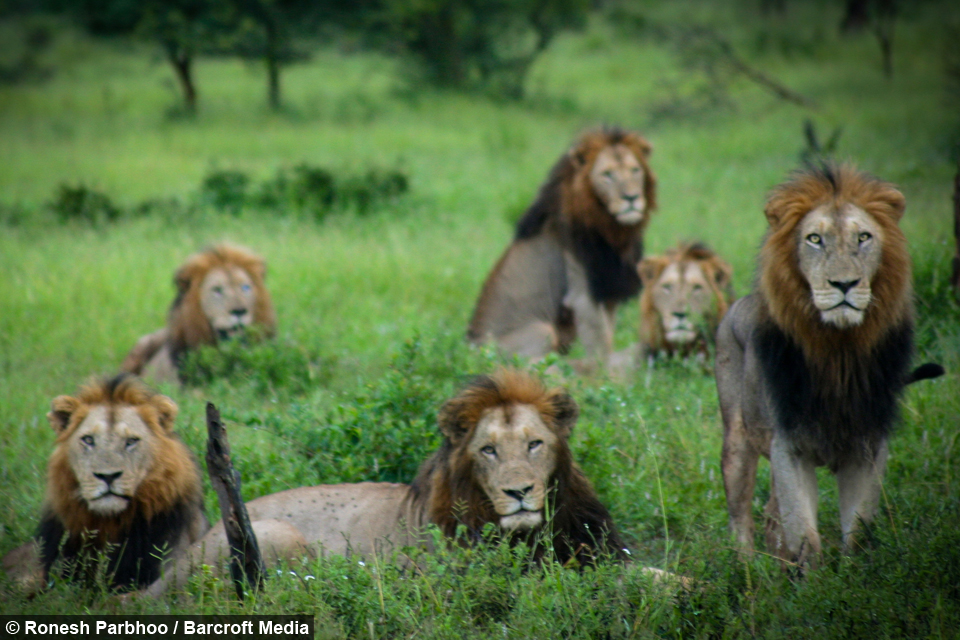