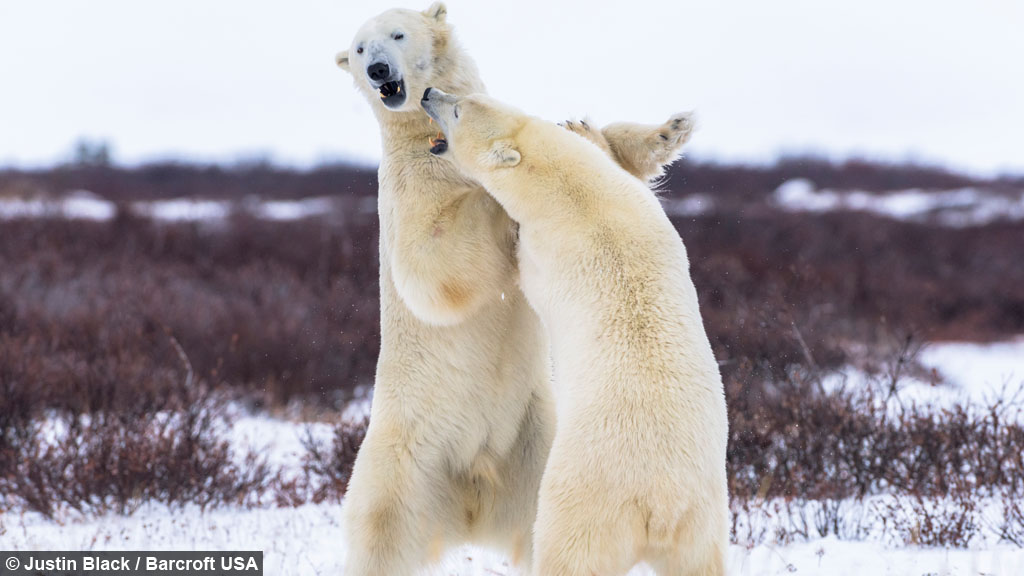 The playful animals also bared their teeth and tried to knock each other down in the good-natured bout.

Nature photographer Justin Black watched the playfight unfold after encountering the animals on a trip to the western shore of Canada's Hudson Bay.

He is unsure how old the larger bear was, but the animal was first spotted in the area roughly eight years ago.

Justin believes the younger bear was between six and eight years old and it is unclear if the two animals are brothers.

He said: "Standing out on open ground close to two massive sparring polar bears is one of the most incredible experiences of my life – almost indescribable.

"On the one hand, these are immensely powerful animals that are considered to be one of the few, or the only, species that will actively predate on humans.

"That is, they have been known to stalk people over long distances in order to kill and eat them.

"On the other hand, they are also calm, confident, serene, intelligent creatures that are as playful as a dog."

The 42-year-old, from Washington DC, has had an interest in the impacts of climate change for roughly 20 years.

He organised the expedition to Hudson Bay in order to track the population of polar bears in the area.

Justin, who took these photos in November this year, said: "What we found was remarkable.

"At a time of year when one might think the bears should have been at their leanest following several months without sea ice on which to hunt their preferred prey of ringed seals, we found an abundance of rather well fed polar bears.

"Unlike bears in the high Arctic, however, the Hudson Bay bears benefit from a summer concentration of beluga whales, some of which approach close to shore and within reach of clever bears.

"The larger one has been seen hunting beluga whales successfully. I don’t have any behavioral history on the smaller one." 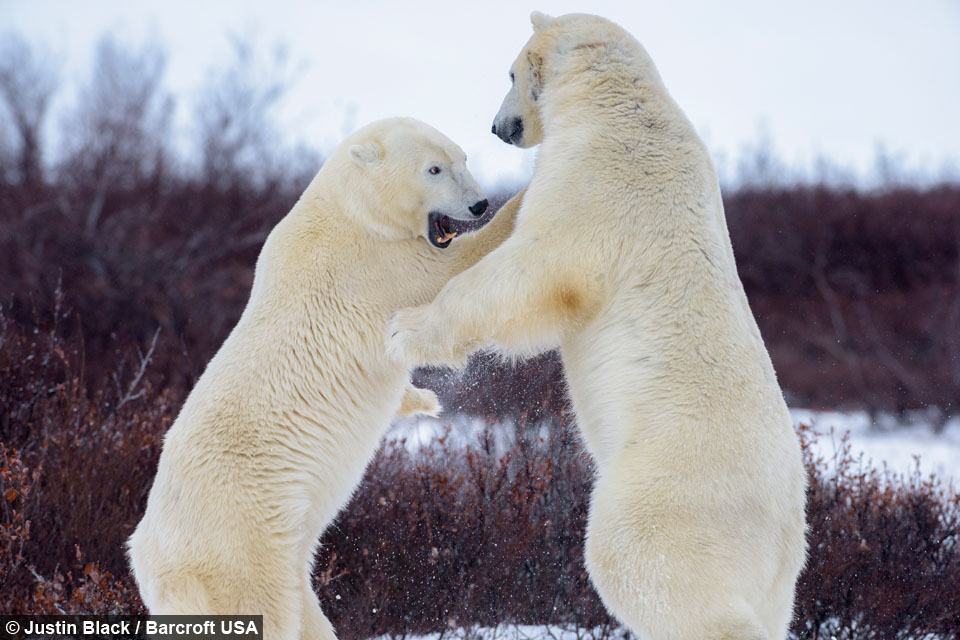 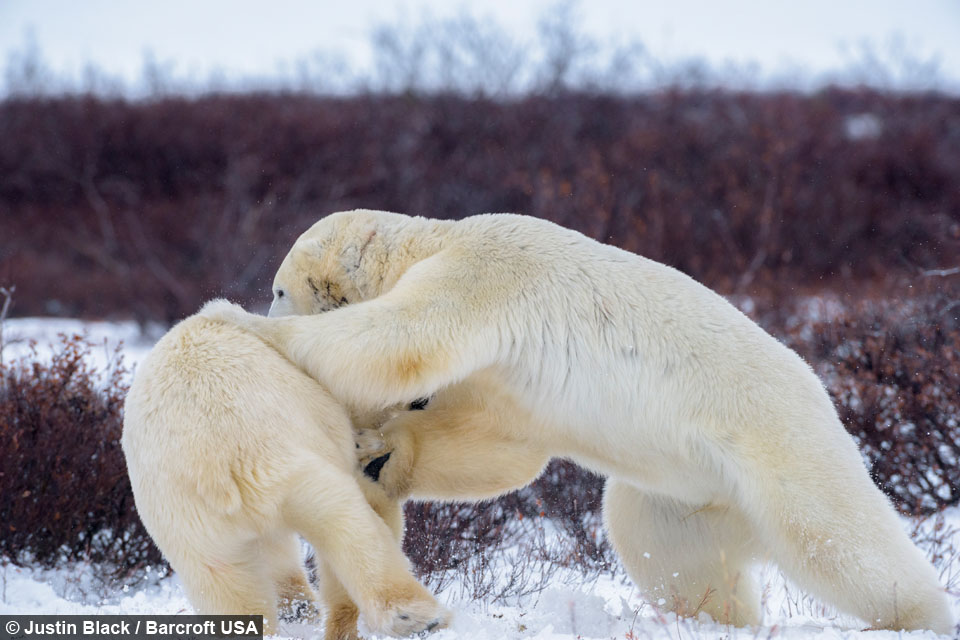 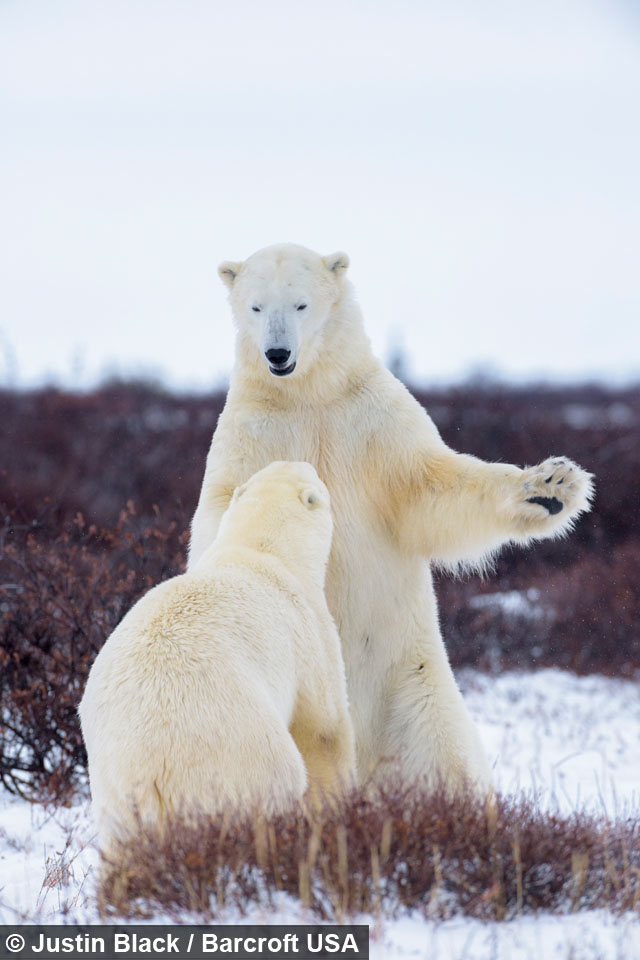 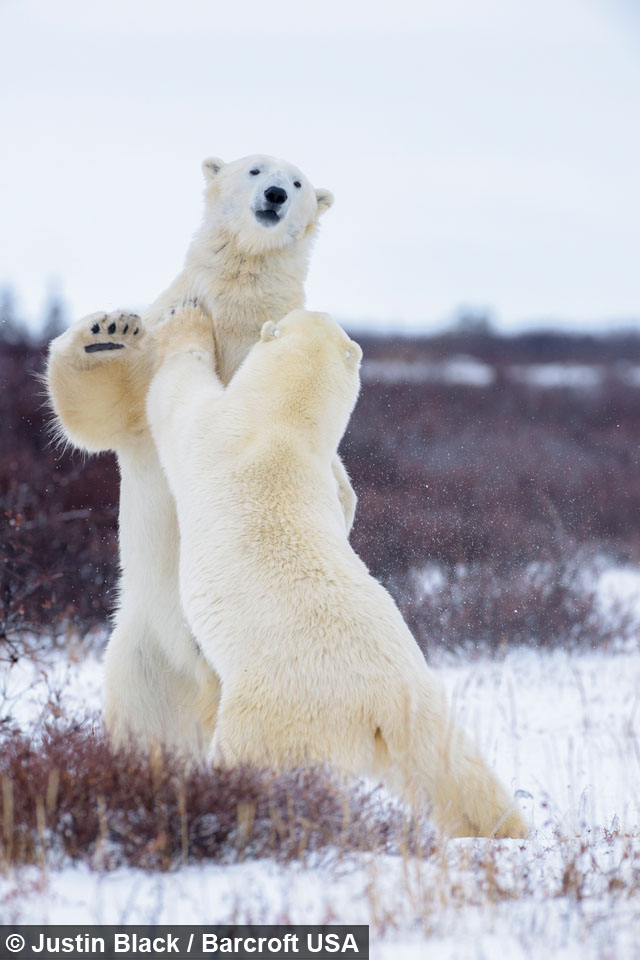 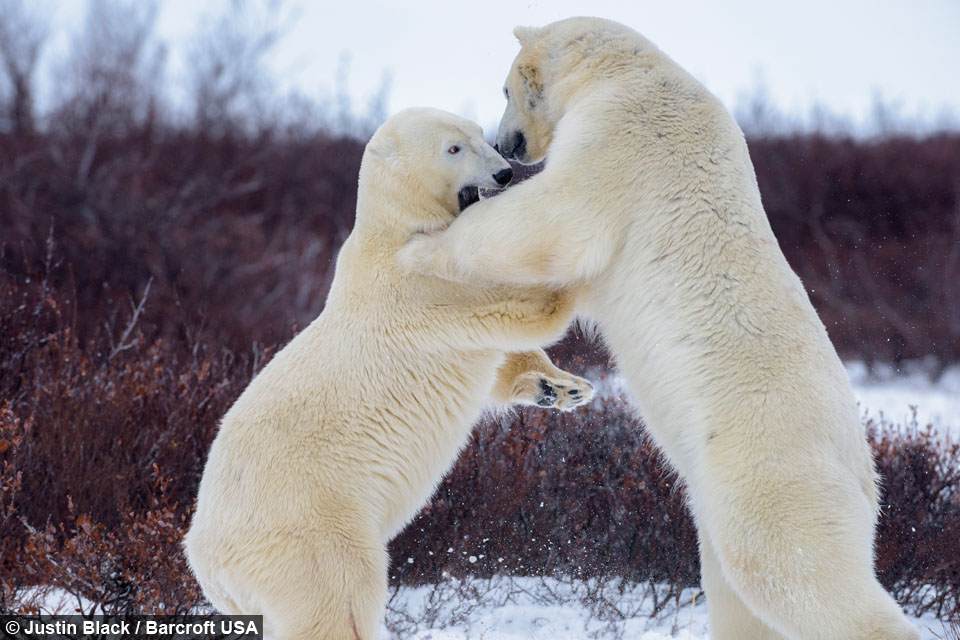 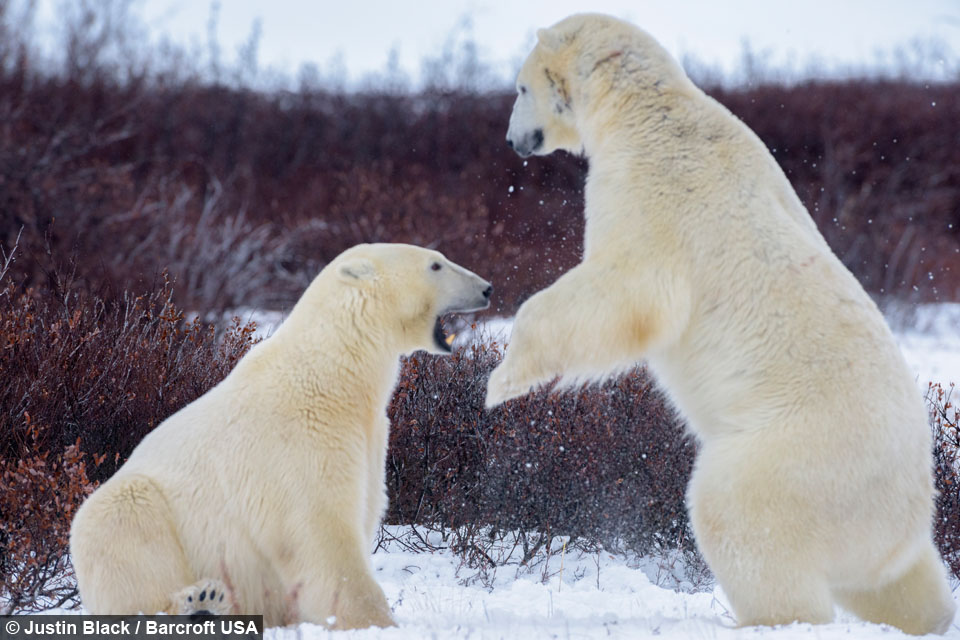