Obese To Beast In Under A Year

‘Lose weight’ and ‘go to the gym more’: on 1 January 2018 Quantel Thomas made the same resolutions that so many vow to do at the start of a new year.

But for Quantel, these weren’t just feelgood attempts he could give up by February. After being told by doctors he was at risk of diabetes, Quantel knew he had to make a change to his diet.

He did far more than that – in under a year Quantel lost over 100lbs, going from 284lbs to 180lbs and transforming his body – including new six-pack and all – in the process. Perhaps even more astonishing is that Quantel did all of this without any formal fitness programme or a personal trainer.

Quantel, now aged 20, told Barcroft TV: “I had no surgeries, not even a diet plan, no workout plan, no coaches, nobody told me, this is all just me. It’s all just, what do I have to do to be good, to be the best version of myself? It's not about just the results.”

The results though speak for themselves – and also encouraged Quantel to keep going.

He said: “In one month, I went from 284lbs to 255lbs - the first difference I saw was my face. I went from no neck to all of a sudden my face looking a little slimmer. Just looking around my whole body and I was like ‘Wait a minute, I do look slimmer!’ As soon as I saw that, it just changed.”

Going to the gym at least six days a week, Quantel can bench press 285lbs and deadlift up to 475lbs. Eventually he hopes to get into body building - he currently weighs 204lbs as he attempts to bulk up - and is studying Exercise Science at college with plans to become a personal trainer afterwards.

One of his bigger supporters, Quantel’s mother Jayme, cannot believe that in under two years her son has gone from being classed as obese to bench pressing his former weight.

She said: “He's lost so much weight, he looks like a totally different person. We look back at old pictures, and I'm just in awe of who he is today. His drive is like no other, I've never seen anything like it.”

Always overweight as a child, Quantel’s weight gain accelerated when he had to stop playing football because of health issues. After becoming particularly dehydrated during one game, Quantel went to the local hospital to be treated for rhabdomyolysis – and while there he had a seizure.

He said: “They flew me all the way to Children's Columbus for four days on an IV shot. I finally left, and didn’t play sports after that, and that’s when all the weight started gaining. Just gaining, gaining, gaining, and once I hit 18, I reached 300 pounds.

“I just liked to eat. I was always hungry. Like I ate whatever I wanted. Pizza Hut? Let me get that whole thing. Some chicken? Let me get all the chicken. Some fries? Give me all the fries.

“At first, it honestly made me feel good and then afterwards there'd be days where I ate, then go to the bathroom mirror and look at myself like, ‘You fat boy, why are you doing that?’ I just looked in the mirror in pure disgust.”

Quantel did try and lose weight a couple of times and managed to drop from his heaviest weight of 303lbs to 284lbs but he couldn’t lose the amount of weight he aspired to.

Aside from the weight gain, Quantel was also suffering with depression – something he had lived with throughout his teenage years. In a vicious cycle of comfort eating because of his weight and depression, then feeling more depressed because of his eating habits and size, Quantel didn’t know how to get the help he needed.

“I was constantly sad. And I didn't like being sad,” he said.

“I really hated myself. I let all this negativity just consume me. I just didn't know how to deal with it.

“I actually went to the hospital and they basically said ‘hey man, you got to think about your health, you're here gaining all this weight, you gain 20 pounds each and every month man. They basically said I was pre-diabetic. I was that close.”

Hitting the gym and proteins hard, Quantel quickly started to notice changes to his physique; in total he lost 104lbs but just as crucial to Quantel’s transformation was the positive changes to his mental health.

He said: “I got to fix this mindset. How can I just love myself for who I am? So I just started working out.

“Getting the pump is like one of the best feelings in the world, that’s the main reason why I come in to the gym each and every time.

“I would say the transformation is all mental.

“To be able to love myself, that’s the true ultimate milestone.” 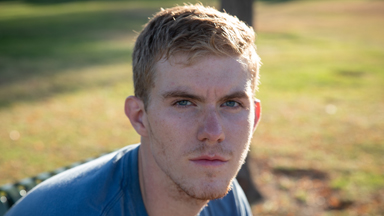 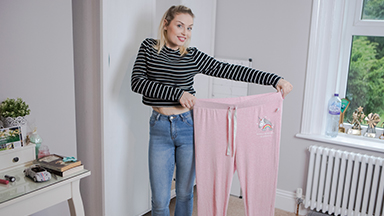 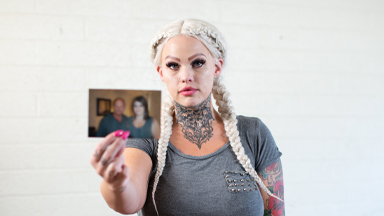 I Lost 200lbs By Pole Dancing

Obese To Beast In Under A Year