The Mother Who Has Adopted 1400 Orphans - And Counting

IMAGINE being a mother to over 1400 children, having 282 sons-in-law, 49 daughters-in-law and hundreds of grandchildren

Sindhutai Sapkal is known as the 'Mother of Orphans’ in her town of Pune, Maharashtra and is the matriarch of this large family.

The 68-year-old has transformed the lives of over 1400 orphans by giving them a home, support and love that they deserve.

Sindhutai said: “I am a mother to those who have nobody. I take them under my refuge, take care of them, raise them on the right track - that is where my happiness lies."

Many of her adopted children have gone on to become lawyers, doctors and academics. And amazingly, Sindhutai - affectionately called ‘Mai', which means mother - says that she is in touch with every single child of hers.

Sindhutai had an extremely difficult life growing up, which eventually gave her the drive to start caring for the disadvantaged.

Forced to end her education at the age of nine, Sindhutai was married to a 20-year-old at the tender age of 10.

Burdened with the responsibilities of a new household and facing numerous troubles as a young bride, Sindhutai still kept her passion to help others. She strongly opposed the exploitation of the village women working for the landlords and the rich farmers.

But she faced opposition from her family.

When she was 20-years-old and nine months pregnant with her daughter, her husband threw her out. She couldn’t find anyone to help her and finally settled alone in a cowshed to give birth to her daughter Mamata.

She said: “I delivered in a cowshed. I cut Mamata’s umbilical cord using rocks that I found lying there. I went to my relatives, to my mother, but no one supported me. Everyone threw me out.”

To support herself and her new born child, Sindhutai started begging for food. She visited the railway station and would sing devotional songs on the passing trains to get some food in return.

And that’s where she started noticing many others like her, who had no one else in their lives, who were all struggling just to get some food and stay alive.

“My identity was – a woman who begs in the trains. I faced the struggles everyday. When I sang, I got food. The hunger that troubled me, also troubled others. I shared my food with the others and they never left me, they came with me. That’s how my family started growing. It happened unknowingly,” Sindhutai says.

One day, Sindhutai hit rock bottom and came close to taking her life.

She explained: “One day, I was sitting at the railway station and I decided to die. I ate till my stomach was full because I didn’t want to die hungry. I still had some food left with me. So I tied it to my sari and my baby to my body and I was preparing to die.

"I walked a few steps and heard a beggar cry. He was in a lot of pain and was saying: ‘I have nobody, I am ill and I am thirsty. I am going to die, please give me some water before I die.’ I heard him and I told myself: 'Sindhutai, if you are going to die, at least do a good deed and give this man some water.’

"So I stopped, went to him and realised that he was burning with fever. I fed him the food I had and gave him water. He looked at me and joined his hands thankfully. That’s when I realised that I should learn to live for others. I told myself."

Initially, Sindhutai started supporting the other beggars and unwanted children with the food that she would get by begging and singing. Slowly, she started giving speeches to get some donations to help feed her growing family.

Now, with the help of her daughter Magmata and the first child she adopted, Deepak, Sindhuta runs four orphanages - two for girls and two for boys. She works closely with all of them and is constantly supported by her large family, which is still growing.

Mamata, 42, said: “I was raised believing that blood relations don’t really mean much. For me, my understanding of a home was based on what I had seen - my mother and her large family.

"When I grew up and started seeing the families of my friends, I realised that home means parents, siblings and all these relations. I would see my mother and the satisfaction that she derived from her life. The drive that she had indirectly influenced me. I graduated in Psychology and then pursued Masters in Social Work. After completing my degrees, I have been working with Mai.”

Vinay, 26, who was adopted by Sindhutai from a railway station when he was a baby says that if it wasn’t for her, maybe he would have been still living at the railway station.

He said: “There are so many children who turn to crime, who make their life worthless. I have completed my law degree and Mai recently got me married. The family that I have today is with the blessings of Mai. I was able to become so much, achieve so much, only because of Mai. Had she not been there, I would have been a big zero.”

Vinay lovingly says that Sindhutai has loved each one of her children like petals of flowers.

“Not only me, she has raised thousands like me with so much love and care. I am not the only one. There are so many who were found on railway stations, in dustbins, babies dragged by stray dogs and discarded have been brought by Mai and taken care of. Everyone here gets the love of a family, of a mother, father, brother and sister.”

Sindhutai says that the children in her orphanages are not given up for adoption and she doesn’t drive them away once they turn 18.

“Even after turning 18, the children are with me. I even get them married and help them establish their families. The Government says that once the child is 18, he or she should be asked to leave. But just because that are 18 doesn’t mean that they are wise. In fact, that is the time when they need more love and support, to be told about the dangers of life. That’s what I do. I give them wisdom to live. Just because a bird has feathers, doesn’t mean it can fly,” Sindhutai says.

Sindhutai has won 750 awards, including peace prizes and National awards for her work towards society and has also been given an honorary doctorate. Her life and work has even inspired an award-winning movie called “Mee Sindhutai Sapkal” (meaning I am Sindhutai Sapkal).

But she still travels extensively giving speeches to get some donations for her work . Sometimes, when she goes to remote villages, she comes back with 2-3 orphaned kids.

Mai also loves animals and runs a cow shelter where ill, abused, abandoned, unwanted cows are given care. The shelter has 175 cows and Sindhutai considers them a part of her family as well.

Sindhutai added: “Let bad things come, but step on it and stand tall. I found myself after my heart was broken. Welcome the struggles. Let challenges come your way, they are the ones that show us the way. Don’t be afraid of obstacles.”

Sindhutai’s love for poetry still remains. “When a river overflows and clashes against a rock, it doesn’t keep hitting itself against it. It slowly finds a way around it and keeps flowing.”

The Mother Who Has Adopted 1400 Orphans - And Counting 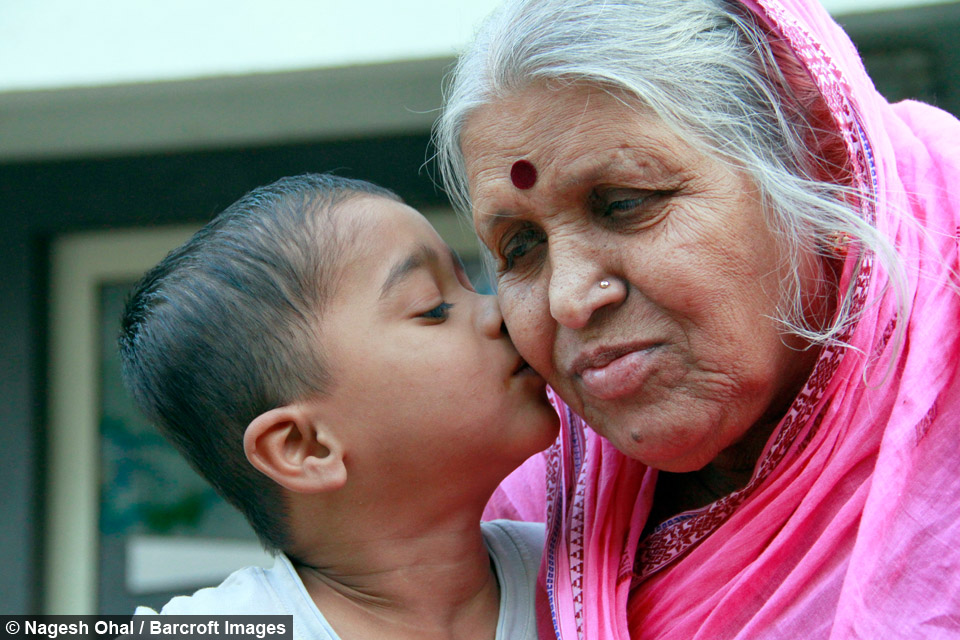 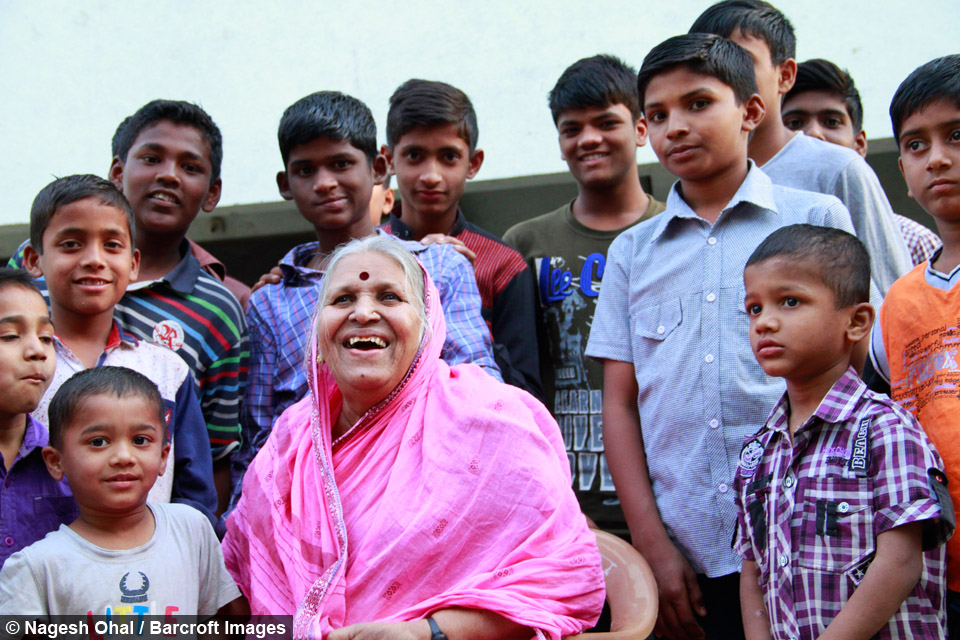 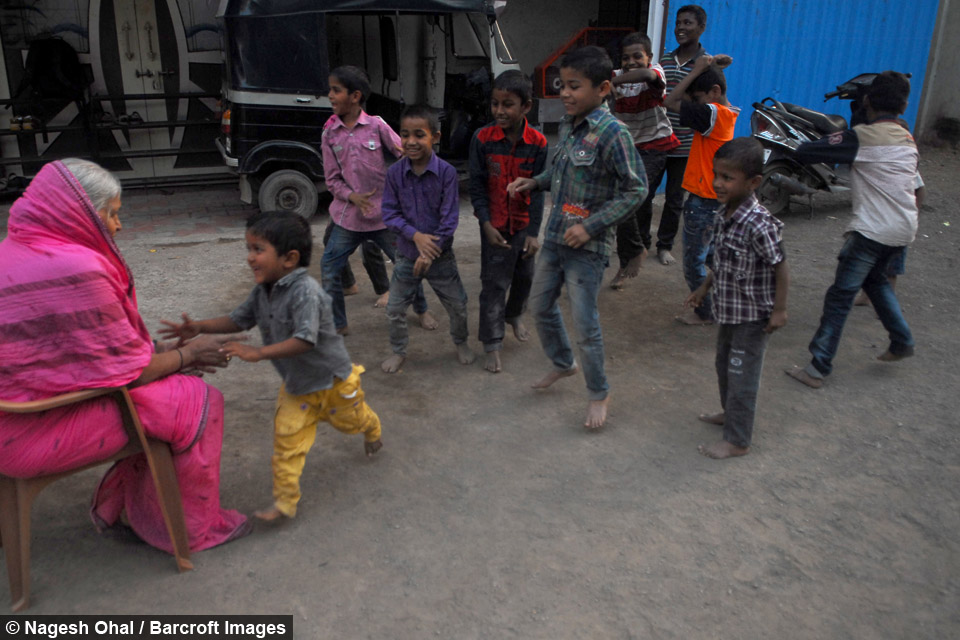 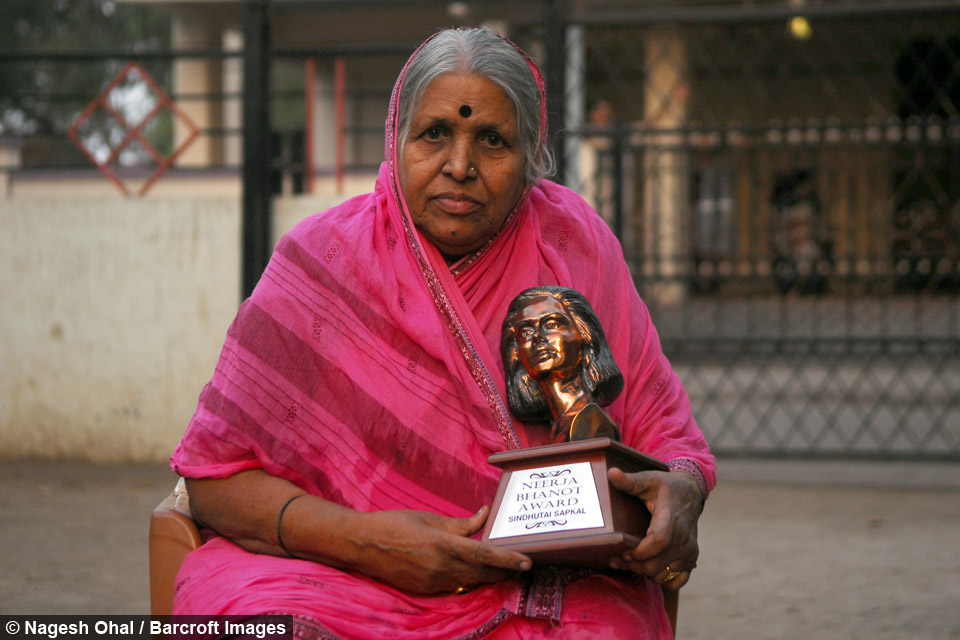 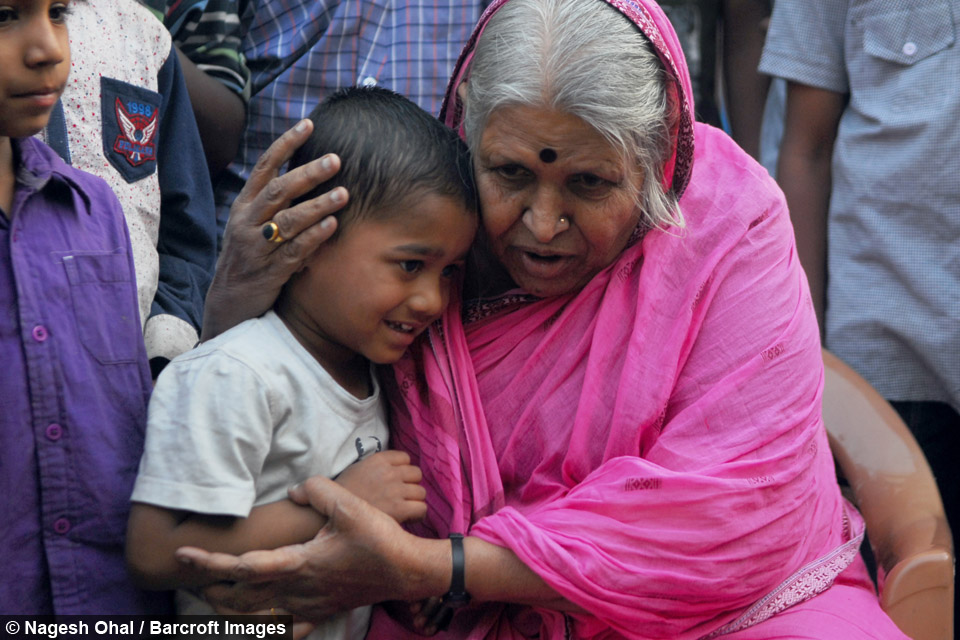 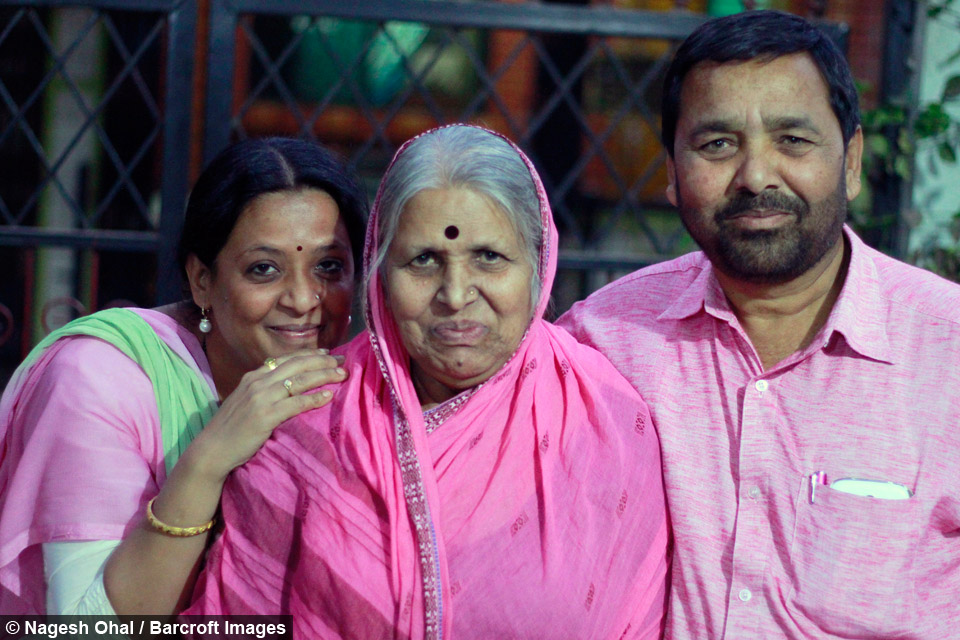 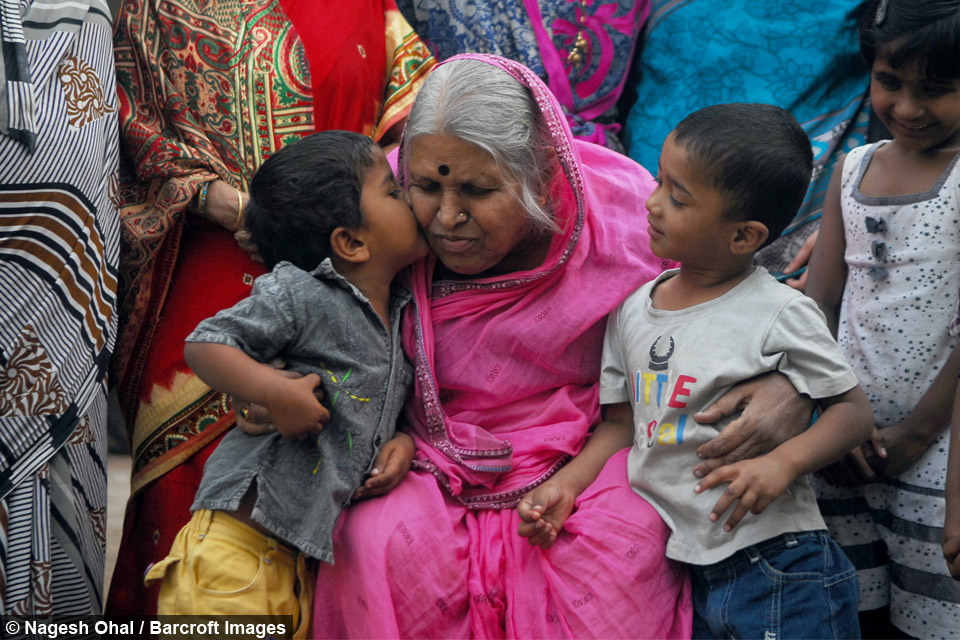