Nicknamed the “Pink Panther” due to the colour of her boxing outfit, the undefeated nine-year-old's lightning-fast punches have won her a total of nine fights - half of them against boys in an older age category.

Her deadly shots and quick footwork were honed with the help of her father and coach Artem Makogonenko.

Little Kira, from Kharkov, Ukraine, has only been in training for one year, but wowed audiences online with videos of her shadow sparring with her dad while blindfolded.

Outside the ring her training and skills have also helped her defend herself against bullies at school.

She said: “There was one boy, he was standing behind me and insulting me. I simply turned around and punched him in his stomach and he just fell down and started whining.

"He didn't know I do boxing. So, you know, what goes around, comes around."

Kira added: "I have participated in nine fights and won all of them. Five of them were with boys and three with girls. The first fight was with a boy. I was training a lot and beat him up.

"I do consider myself the best boxer, because I'm being coached by my father and I think I'll manage to be a successful one.

“I was doing gymnastics at first, and then both my mom and I asked my dad to start doing boxing with me. At first he was hesitant, but after the first training session, he let me continue.

Artem, 33, trains with his prodigy five hours a day, five days a week to make sure her techniques is up to scratch.

Artem said : “She first entered into the boxing hall slightly over a year ago and straight away started showing great results.

"In just one month of training she was achieving results other children couldn't in one or two years of training.”

The trainer has been showing his daughter videos of boxing legends, including her heroes Vasyl Lomachenko and Roy Jones, for her to imitate.

Artem said: “We train a lot in various ways. We study the tactics of many champions who lived before us and those still boxing. We learn to apply different tactics in a fight. We're on our way to achieving that.

“It's difficult to find opponents because she is a girl. There are less girls doing boxing than there are boys. We have officially participated in five fights with boys, she won them all.

"The gossip is spreading throughout all of Ukraine as well as the city so, it's difficult to find an opponent now. A boy doesn't want to lose to a girl. Also a coach, knowing a boy would lose, wouldn't want him to go boxing with us."
Although there are concerns about boxing being a violent sport, Kira’s mum Irina stands by her daughter's choice - even if it makes her fearful at times.

"The first time she was boxing it was a very difficult moment for me emotionally. My heart skipped a beat. I could hear my heart beating while watching that fight. I was very anxious about how the fight would go.

"Our role as parents is to support her, find the right words to help her go into the ring with all the anxiety being transformed into the right tactics so that she'd win.

"No matter what our child chooses, which occupation, in any case her dad and I will support her and will do whatever we can to help her be happy. If she decides to become a professional boxer, we'll support her and hopefully she'll get there.”

Kira doesn’t see herself putting away her pink boxing uniform anytime soon and is confident she will see herself as an Olympic Champion in the near future.

She said: "First I need to win the Olympics and then go into professional boxing.

"Also, I'd like to win at Olympics a few times, not just once. I'd like to break a record of winning the Olympics three times in boxing.”

To keep up with Kira’s boxing skills visit: https://www.youtube.com/channel/UCp8PpgLgPgP0MgIGb3PuccQ 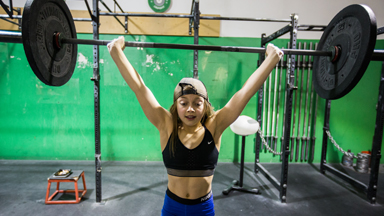 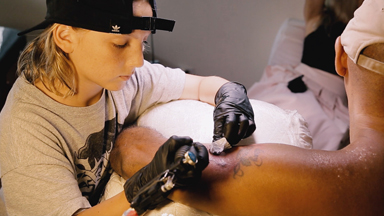 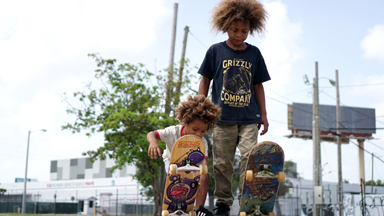