Cary Velazquez, 29, from Ponce, was diagnosed with Osteogenesis Imperfecta three days before she was born.

The disease, often referred to as ‘brittle bones disease’, is a genetic disorder that affects the strength of bones.

She told Barcroft TV: “I want to open the door to other women with different conditions.

“I know that my story will change other people’s perspectives and I’m not afraid to show myself to the world.”

Cary initially began practicing makeup on herself, mother and siblings before realising how good she was.

She now works with clients throughout the city.

“I am showing that someone in a wheelchair can still be pretty, talented and awesome,” Cary said.

Though she is rendered to the use of a wheelchair and was born with limb deformities, she doesn’t let it stand in the way of her career.

“I make adaptations so I can do my work, such as the way I sit the clients and I have tools in front of me so I can grab them more easily,” she explained.

Despite being surrounded by loving friends and family, not everyone supports Cary and her passion.

“I still receive negative comments due to my appearance, I’m called ugly, I’m told my head is big or that I look like a clown – I have to prove them wrong every time.”

Robelis, Cary’s big sister, learned how to deal with her sister’s disability from a young age.

“When I was little I felt she was normal, and then when I was five I understood her condition completely, I couldn’t play with her.”

Veronica, Cary’s cousin, has never felt Cary is any different and describes her as a ‘sister’.

“Cary is a story of perseverance and success. She doesn’t think of her disability as something that stops her from doing things.”

Regardless of Cary’s can-do spirit, there are consequences from the disease which are difficult for her.

“The biggest challenge for me is being dependent – I want to go somewhere or do something and I always have to have someone by my side and that is hard,” Cary said.

Cary is cared for by her mum and still lives life as normally as possible by working and spending time with friends.

“I love the beach – I use the mermaid as a logo for my business because it’s a beautiful representation of a woman in a wheelchair.

“You can still be pretty without having your legs,” she added.

Cary’s biggest ambition is to pave the way for better representation of disabled women in the fashion world.

“I’m not afraid to show myself to the world anymore because I know I’m worth it. 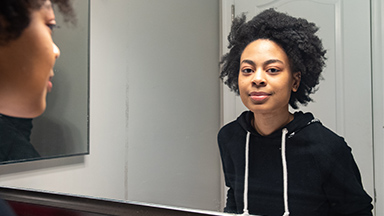 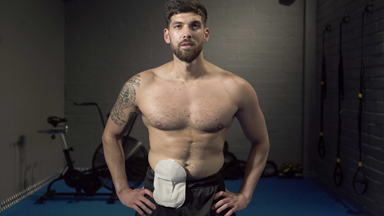