Tevin Evans, aka ‘Fat Chuck Bass’, has taken it on himself to help change the landscape of male fashion and modelling by promoting a message of inclusivity

The 27-year-old, who lives in Brooklyn, says he wants to make diversity the norm within the industries he loves, and that plus-size men are more than “sweatpants and sneakers”.

He told Barcroft TV: “Why is it that as a plus size guy, you guys feel like I just want to wear sweatpants and a pair of sneakers and a hoodie?

“What I really want to do is put on that three-piece Dolce and Gabbana suit. I want to grab that Gucci jacket.

“Diversity shouldn't be this groundbreaking thing. It's not breaking news. It should just be.”

Tevin’s fearlessness in tackling the fashion industry’s shortcomings is evident in everything he does, whether it’s posing for photos to show off his epic looks, or building support networks among other plus-size designers and models.

The young influencer sees his presence in the fashion world as helping to push the industry forward.

He added: “The current men's fashion landscape is a rocky one if I'm being very honest. I think we're making strides in many ways.

“I’m one of those people that's working towards greater common good, not just for plus-size guys, but black men and people of all shapes and sizes in general.

“We all have our struggles. We all have these things that bother us, and I feel my being in the media is a way of saying to those other guys, ‘Hey, I see you, you're important, you're not alone in whatever it is that you're feeling’.”

Tevin also sees a difference between the male and female fashion landscape in 2019, and is keen to help the former evolve.

He said: “In recent years we've really seen plus-size women storm the industry. They've been on runways, they've been working with amazing designers and I'm kind of looking at the male modeling industry like, ‘Where are you guys, what's going on?’”

It’s been a journey for the body-positive activist to get to where he is now, having faced bullying in school for his size.

But growing up with a mother who instilled in him the importance of keeping up appearances and always having a solid confidence in himself allowed Tevin to get where he is today.

He explained: “I’ve been big my entire life and other kids feel the need to bring other people down because they're different.

“I look out for my friends. I'm very, generous in giving people second chances and third chances, but I don't tolerate unjust behaviour.”

Sister, Lena, added: “Tevin is a very loving person. I feel like if anyone in my family has my back, even if they're upset with me, I know it's definitely Tevin.

“As long as I've known Tevin, he's been an advocate for plus-size men. From having conversations with people that he sees, to posting on his Instagram and always reaffirming the fact that you should love yourself.”

Now, Tevin models regularly, showing off his larger figure unashamedly and helping style others with his unique eye for fashion.

“I would describe my personal style as ‘schoolboy chic’,” he said. “I tend to dress based off my mood when I wake up in the morning. It depends on how the sun is shining or if it's gloomy outside.

“Fashion is something that's living, it's almost its own entity in a way. It's almost like that friend you have that you can always count on – to excite you to just be this amazing thing that envelopes you.

“It's art, its architecture, it’s amazing.”

He said: “I really thought it was important to just take some time out from my fashion week calendar to just touch base with them to have a quick pow-wow and to just kind of decompress in a way.”

“Tevin does amazing work,” said Brandon. “From the aesthetics that he puts together to the photographers that he hires. He is what made me actually start doing big men’s fashion.”

Lance added: “If you look at most of the campaigns for any of the major companies for plus-size men, the models are all the same. They have the same build, they’re usually about 6’2”, they are stocky but I wouldn’t necessarily call them plus size.

“Tevin is representing for a lot of us guys who don’t see ourselves reflected in the plus-size industry currently.”

With people like Tevin working to change things, the plus-size male fashion industry will surely look entirely different in the coming years.

In the meantime, Tevin remains focused on his goals and making sure to promote inclusivity.

He said: “I want to be able to walk out of my house dripping in designer. As a plus-size guy, the one thing that I want to do is have all of this amazing energy that lives inside of me be pushed to the forefront in my outward appearance.

“I think that there'd be a lot more peace if people felt included, if people felt they were part of something positive. That energy tends to go throughout everything in your life.” 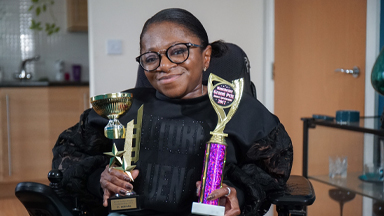 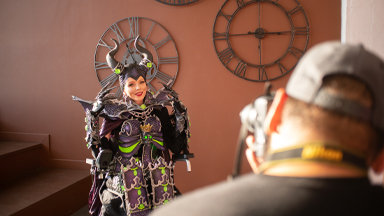 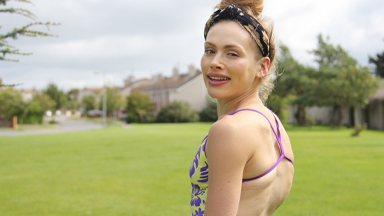