Franco Banfi, 56, watched for three days as a trio of polar bears feasted on a dead walrus in Svalbard, a Norwegian archipelago in the Arctic.

The adult bears took turns skinning and feeding on the carcass – and one was even bold enough to try and climb on the boat.

The Swiss photographer had been travelling in the region when he boarded a boat and sailed towards land.

It was then he spotted the bloody carcass hidden among the ice.

He waited for the bears to return to their meal and watched for three days as they skinned the walrus and fed on the remains while the others slept or waited for their turn.

He said: “We sailed into the ice with the sailing boat, not too far from the carcass and we waited for the first polar bear to approach. For the next three days we stayed there to photograph the bears.

“From time to time one of the bears came close to the boat, the big one tried to climb the boat, but luckily changed his mind and went away.

“Another one came in front of the boat and almost fell asleep.

“To watch a polar bear skin a walrus is like watching something visceral, primordial, which belongs to the origin of the animal kingdom.” 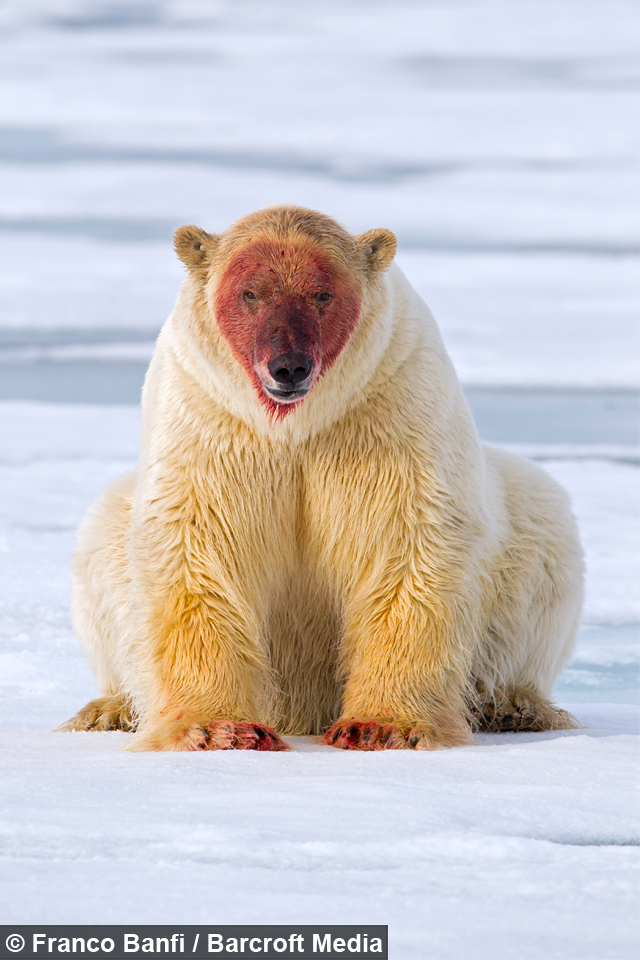 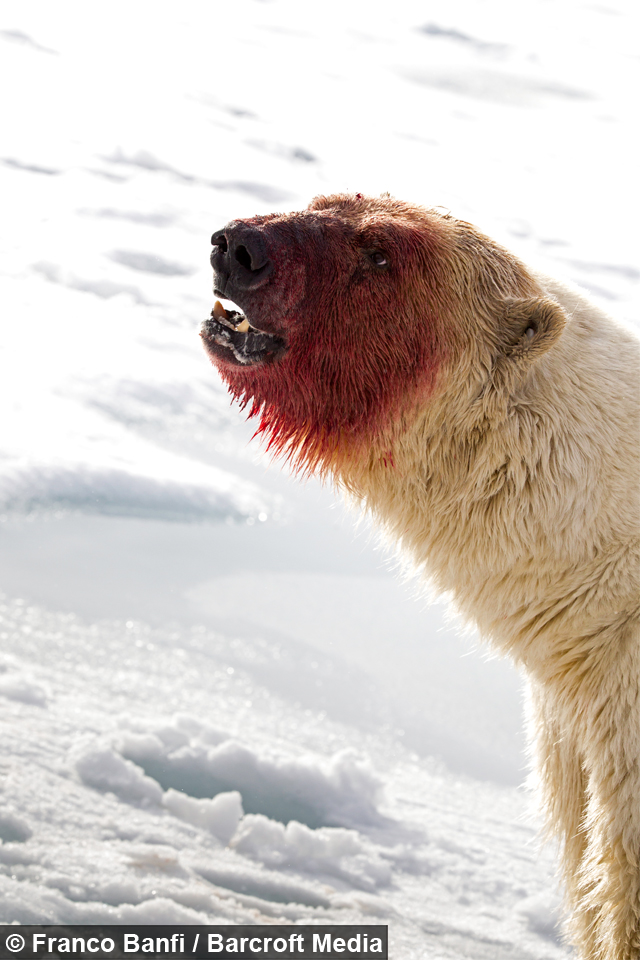 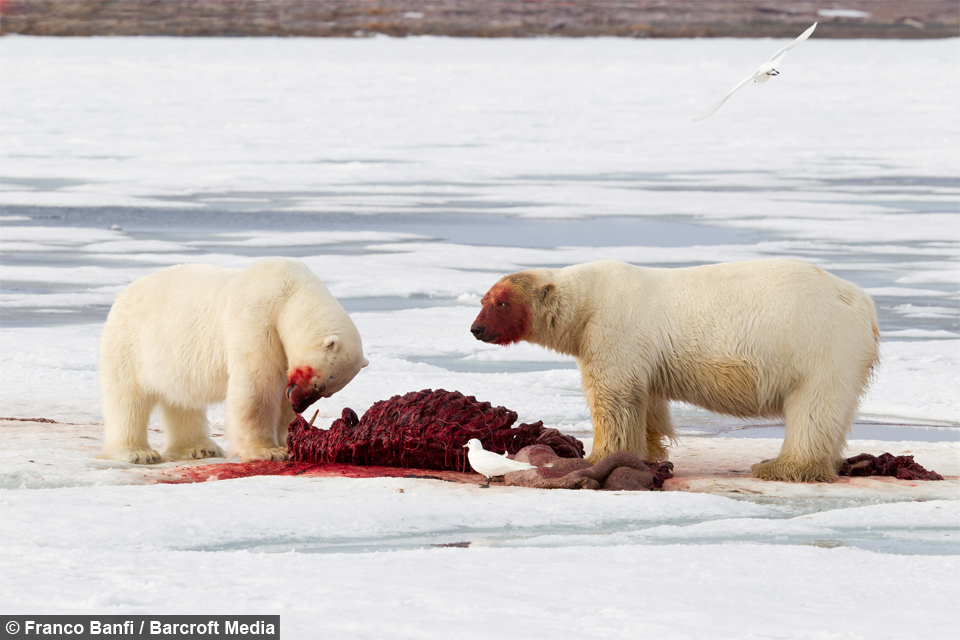 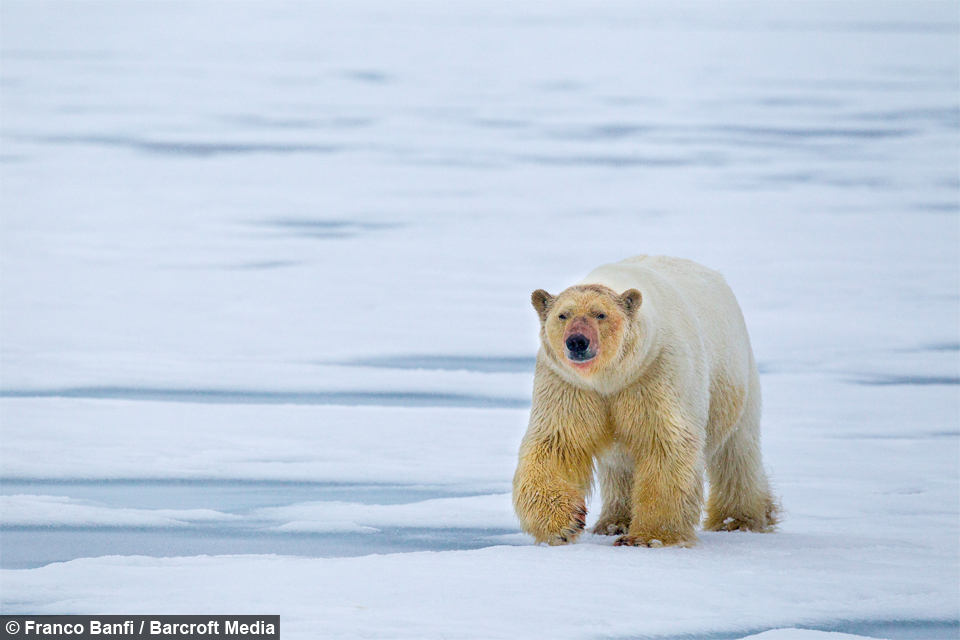 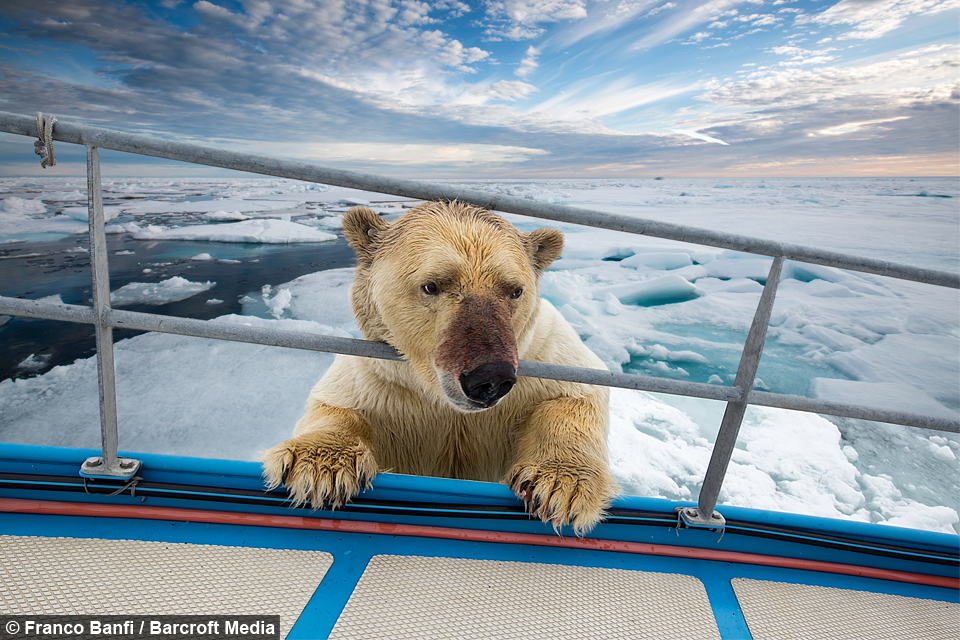