WHEN Cristina and Benno exchanged wedding vows, they never expected another woman would end their marriage

But 12 years later, the parents of three are getting divorced – so that their GIRLFRIEND won’t get jealous.

Now either Cristina or Benno Kaiser will marry their 21-year-old lover, Sierra Kuntz, so that all three will have legal rights to their children.

Benno, a legal assistant, said: “Cristina and I decided this was something that needed to be done in order for Sierra to understand the depth of how much we love her and want her to be part of our family.

“The benefits of one of us marrying her are going to be on many different levels.

“She is going to be legally considered a parent to the children and, more importantly, it will show her that this is not a temporary thing, we both love her and it’s something that’s meant to be permanent.”

Cristina, 31, and Benno, 37, met 12 years ago when they were both serving in the US military police in Virginia.

They married four months later and a year into their marriage they had their first child, Isaiah, now 11, and later, Rebecca, seven, and Brianna, six.

But eventually Cristina, who is bisexual, began to feel as though something was missing from her love life.

Cristina, also a legal assistant, said: “Initially, it was my idea to open the marriage. I brought it to Benno’s attention and told him I would like to introduce women to our relationship to see where it goes.

“Other than that we had everything going for us. Three kids, a great relationship and adding Sierra into our lives has just made it a hundred times better, I feel like I’m complete.”

Cristina found what she was looking for at the local shopping centre in Las Vegas, where she met Sierra, who was working in a pet store.

The pair went on a few dates and to Cristina’s delight, Sierra was willing to join her marriage - and shortly after Benno was introduced into the mix.

Sierra said: “At first I was very hesitant about getting involved with a married couple.

“I was worried that I would be disposable and that this was a phase they were going through. But when I spent time with them I realised what they wanted and feel this was a situation I could work with, so I jumped on board.”

The relationship progressed and the three decided to take the next step in their ‘three-lationship'.

Benno said: “Sara and Christina and I all clicked and shortly after our first date we knew that we were meant to be with her and that this was something we wanted to pursue.

"It was just the natural course to take - to have her move into the home.

“My feelings for the both are equal. I love them both without question. They are both very much part of my life and I couldn’t imagine living my life without either of them.”

And Benno says that the sexual side of the relationship is also equal – and adventurous.

He said: “We share a bed together, we share everything together, so since we met Sierra we have not had a night that we don’t all involve each other in some sort of sexual activity.

“It’s busy. There are lots of hands everywhere. The beauty of what we do is that we can have a very active sexual life and it’s completely safe and it’s with people that we love.

“I don’t ever have to worry about having a boring sex life 20 years from now when other couples or monogamous couples are. We have a lot of intimacy between all three of us.”

Since moving into the family home, Sierra has become the main caregiver for the trio’s children, staying at home while Benno and Cristina go out to work.

Benno said: “We had talked to our children before this and let them know we wanted to adopt someone and bring somebody into our relationship. Our children have been very supportive of this. They have understood.”

Now Sierra says she feels as much a mother to the children as Cristina, and the children even call her ‘mommy’.

Sierra said: “I absolutely feel like their mum. I hope now, they love me, they call me ‘mommy Sara’ and I love them just as much.

“I’m not jealous that the children are not biologically related to me at all. Just because I didn’t birth them doesn’t mean I can’t love them and they can’t love me. That doesn’t hinder my love at all for them.”

Despite the unusual dynamic, Benno, Cristina and Sierra insist there is no jealousy in their triad, but admit they have problems like any other relationship.

Sierra said: “There is really not jealousy in our relationship. Sometimes we have a hard time communicating because there are three people instead of two, but we always work through it.

“We have always been the best in every situation and we always work through our problems.”

Benno added: “We share all of our feelings with each other and we don’t hold anything back.

“Everything is equal, so there is nothing to be jealous of. We are very happy with all three of us together.”

Last year Benno and Cristina took the decision to file for divorce – with every intention of staying together.

And once the divorce is finalised later this year, either Benno or Christina will marry Sierra – although they are yet to decide which of them it will be.

Sierra said: “It was Benno and Christina’s idea for the divorce but it won’t change anything, it’s just who is going to be legally married to who.

“They decided that would be the best way to make sure that I didn’t feel disposable. It wasn’t my idea but I really don’t care whom I’m married to - I love them both.”

Benno said: “This lifestyle isn’t for everyone. There are a lot of people that are monogamous and are happy with just being with one person and that’s completely fine.

"Every one of us is different. But before you judge, take a look at our lives and see the benefit of it. I couldn’t imagine my life any other way.” 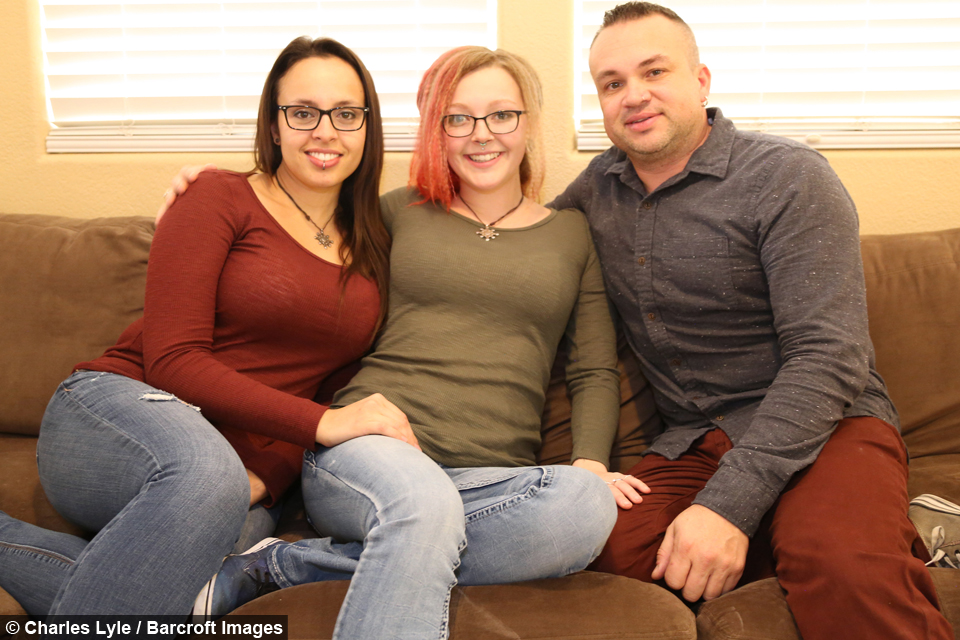 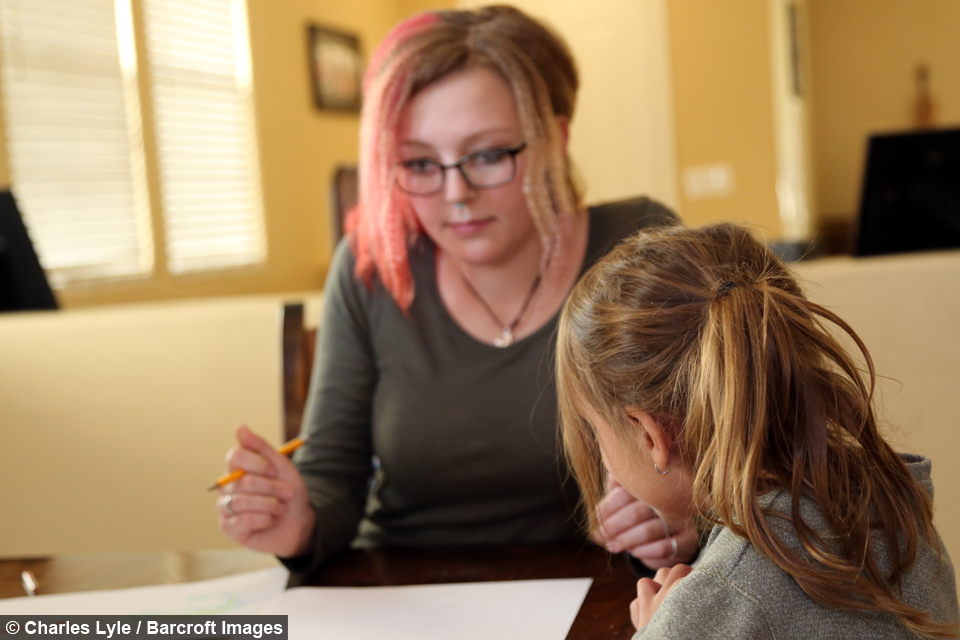 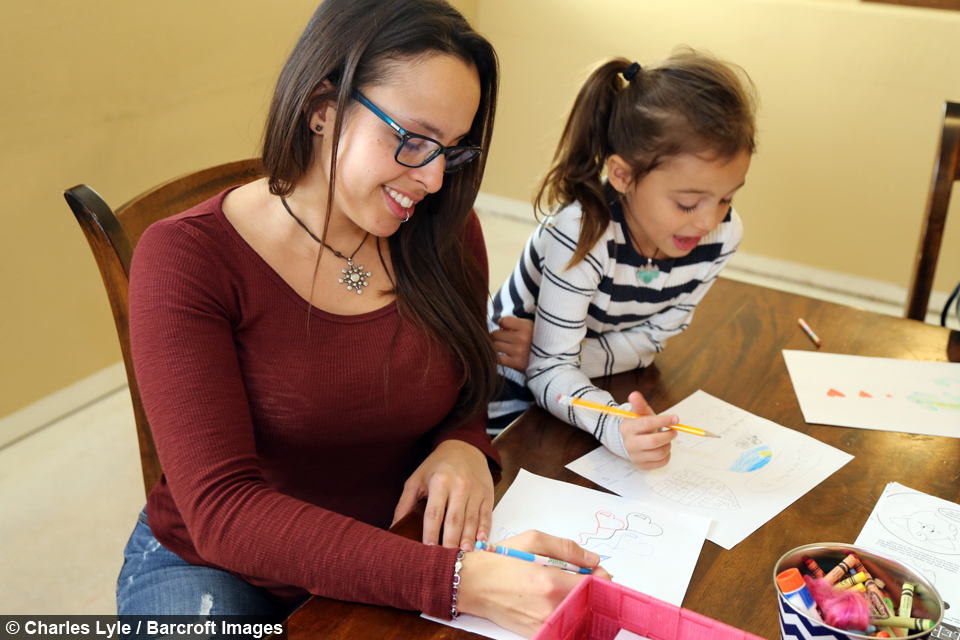 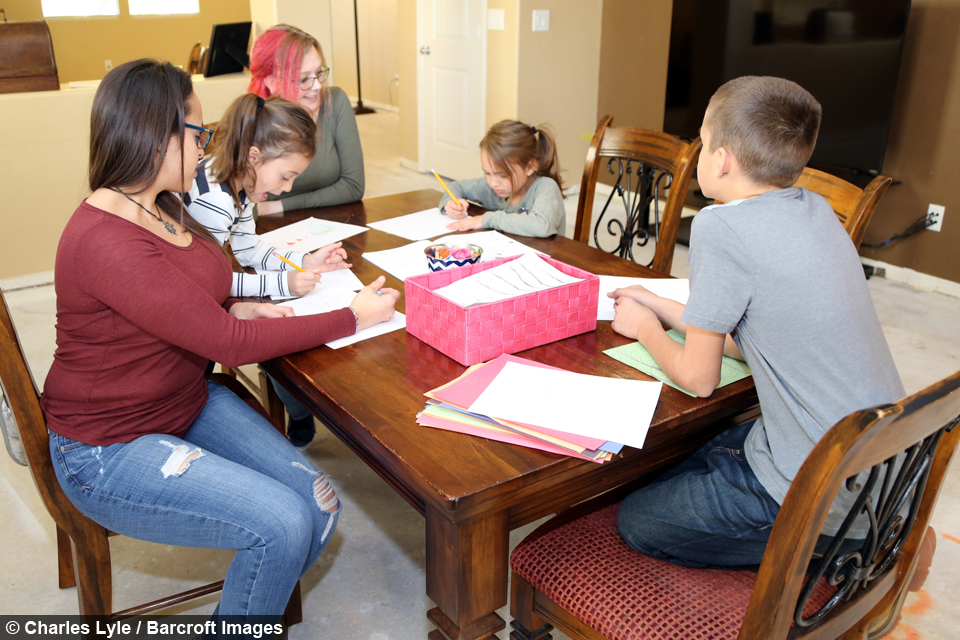 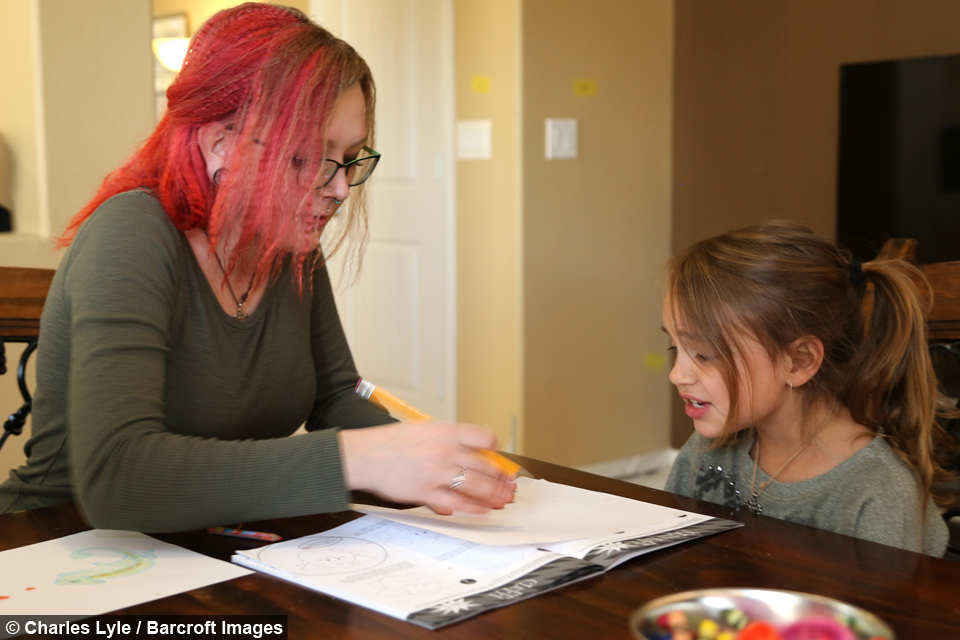 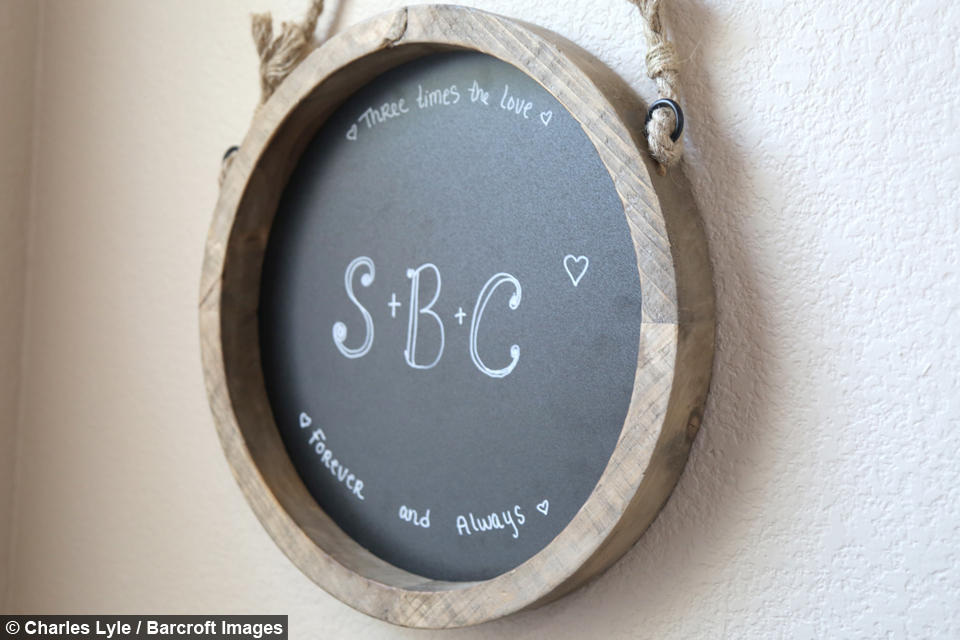 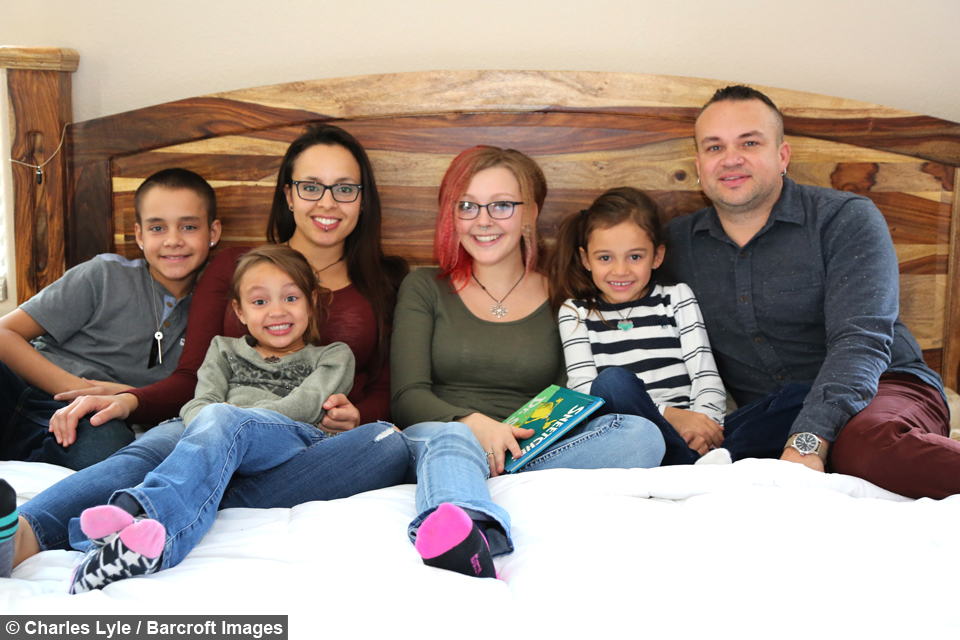 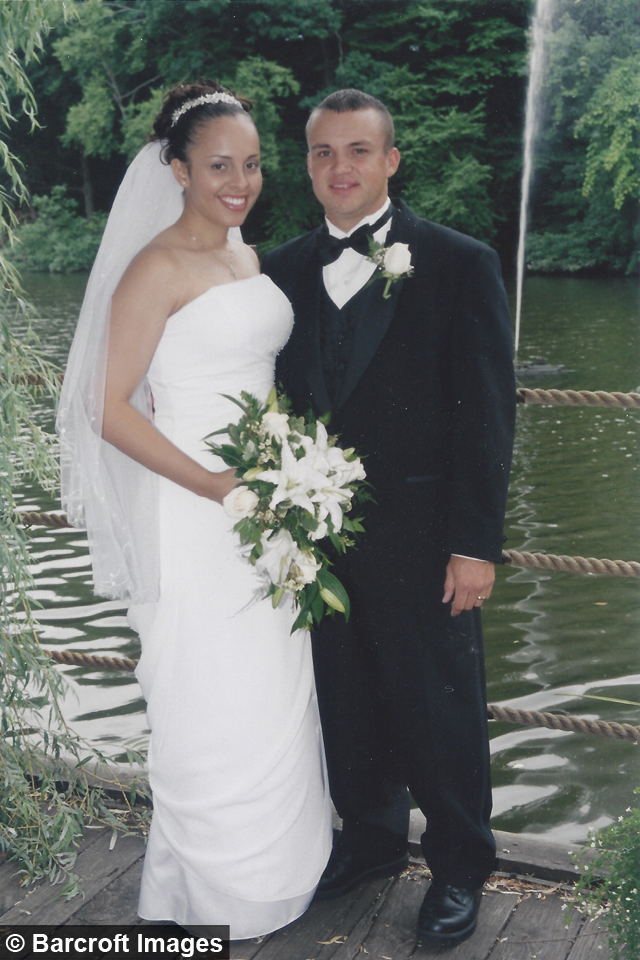 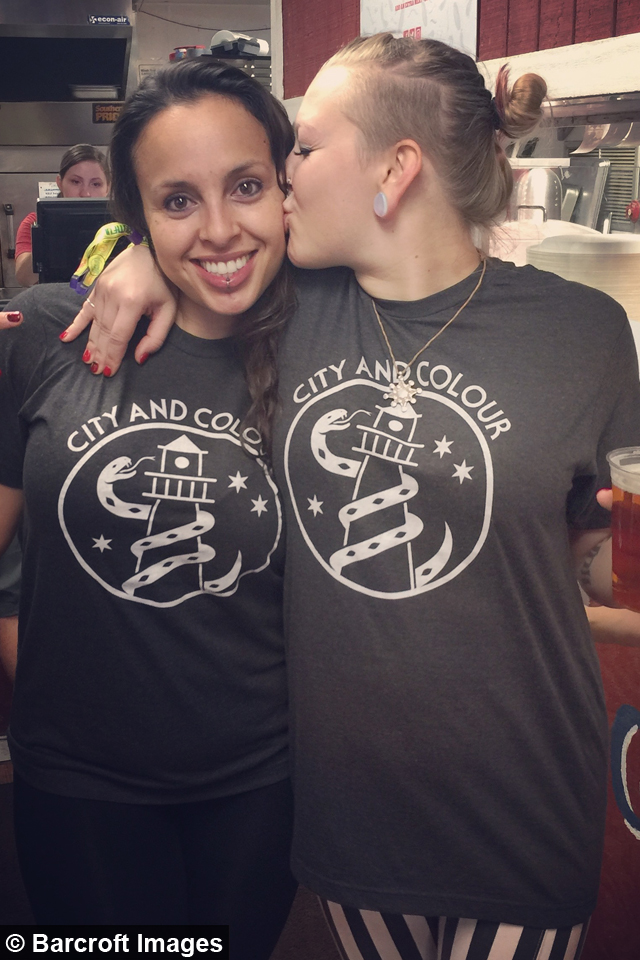