Residents of Ambleside, Cumbria, were surprised to see a dazzling array of colours when they looked skyward yesterday.

The clouds have been visible in various parts of the UK over the last few days - with many Brits mistaking them for the aurora borealis, also known as the Northern Lights.

The impressive light display was caused by a natural phenomenon known as cloud iridescence.

Cloud iridescence happens when tiny ice crystals or water droplets in the air cause the light from the sun to be scattered.

The beautiful display took place yesterday evening as the sun was setting - allowing residents to view the clouds in all their glory.

The windy weather added to the spectacle as the ice crystals were blown across the region due to the extreme wind speed.

This uncommon phenomenon only occurs with certain types of cloud formations - the thinner the cloud the more likely we get to see this incredible event.

Experts claim newly formed clouds showcase the brightest and most colourful displays, due in part to their density.

The occurrence of the colours in the sky is similar to those seen in oil films on puddles.

The density of oil is thinner than water allowing for light to diffract through the film of oil and cause colours to appear.

Photographer Ashley Cooper, who took the images, said: ‘’In the 30 years I have been observing the weather, I have not seen anything like this before.’ 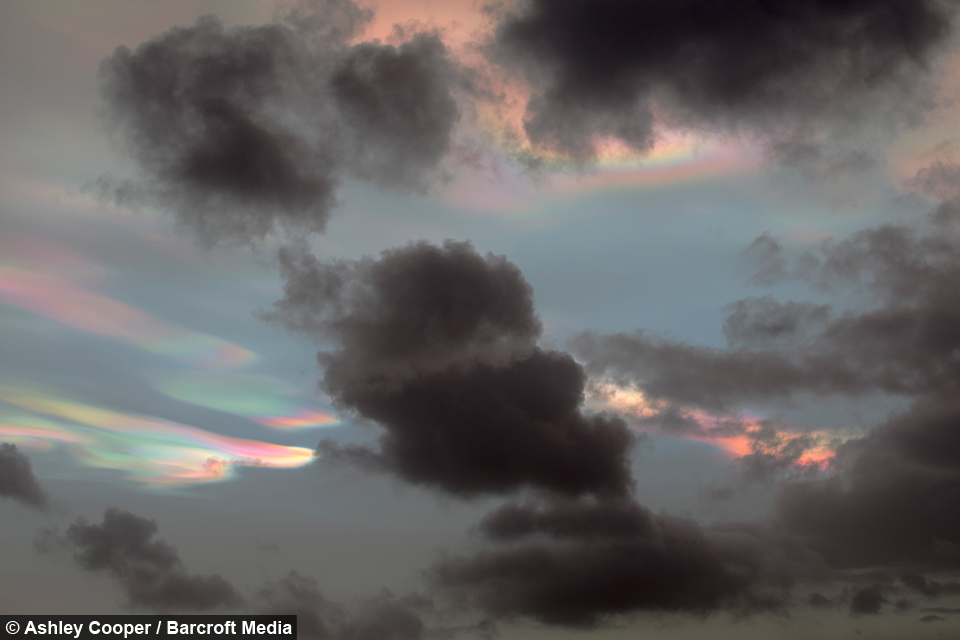 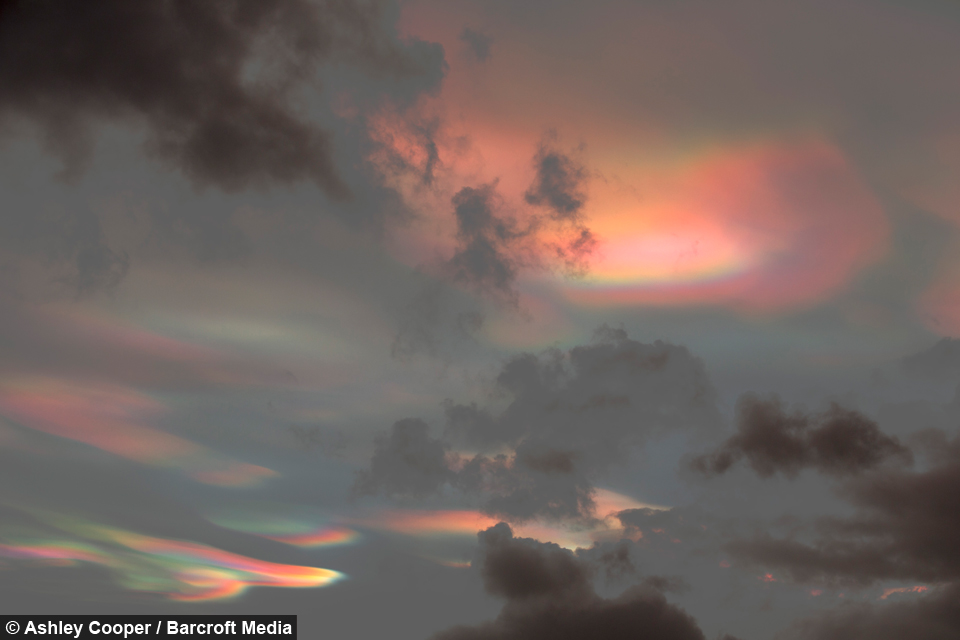 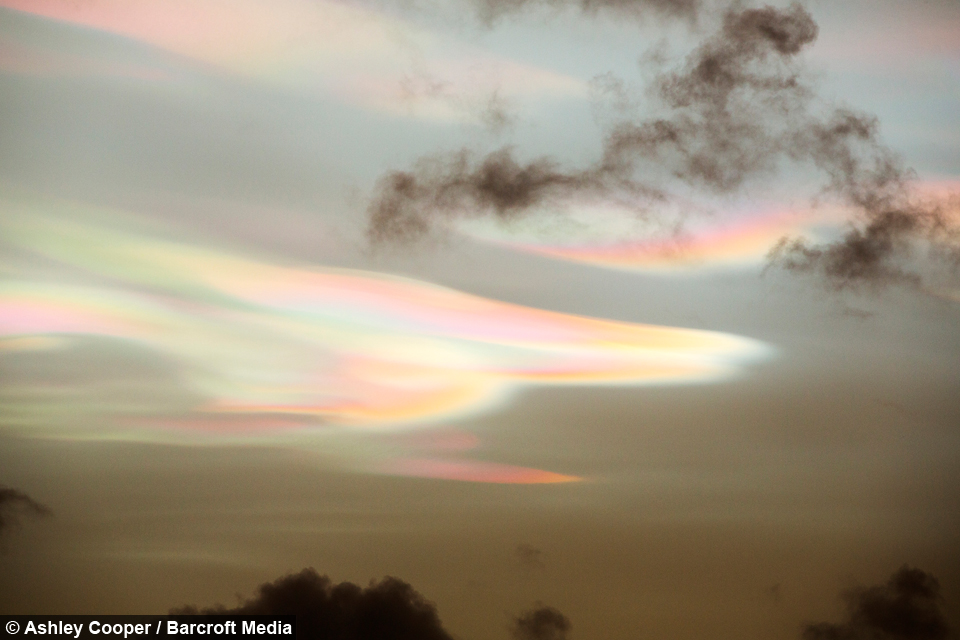 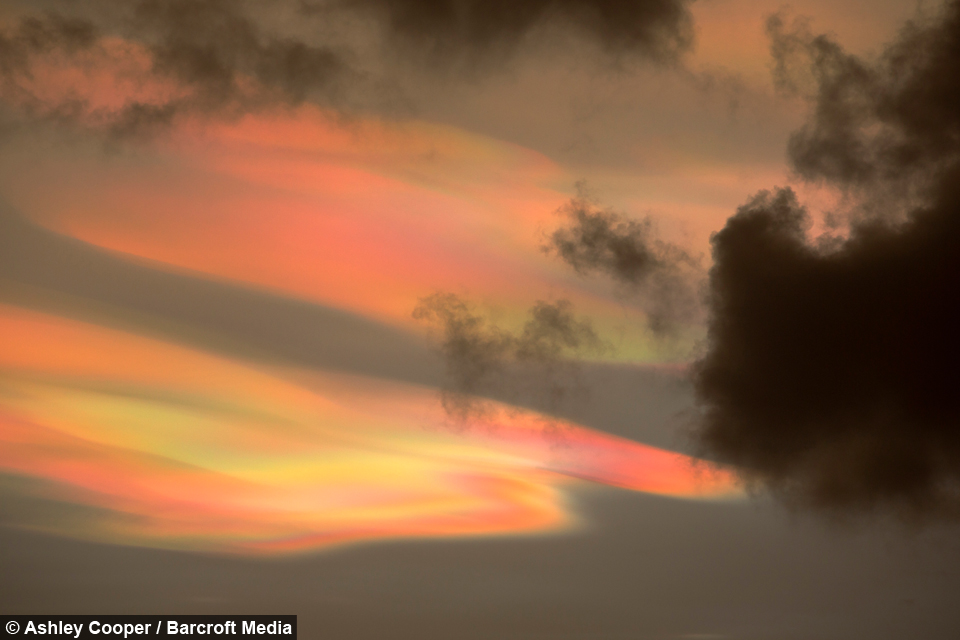 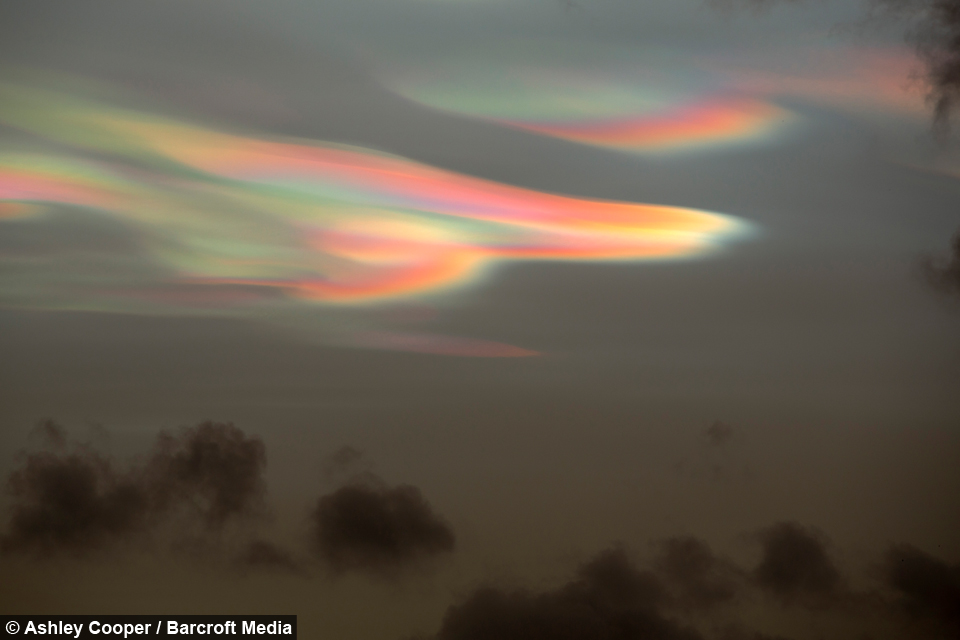 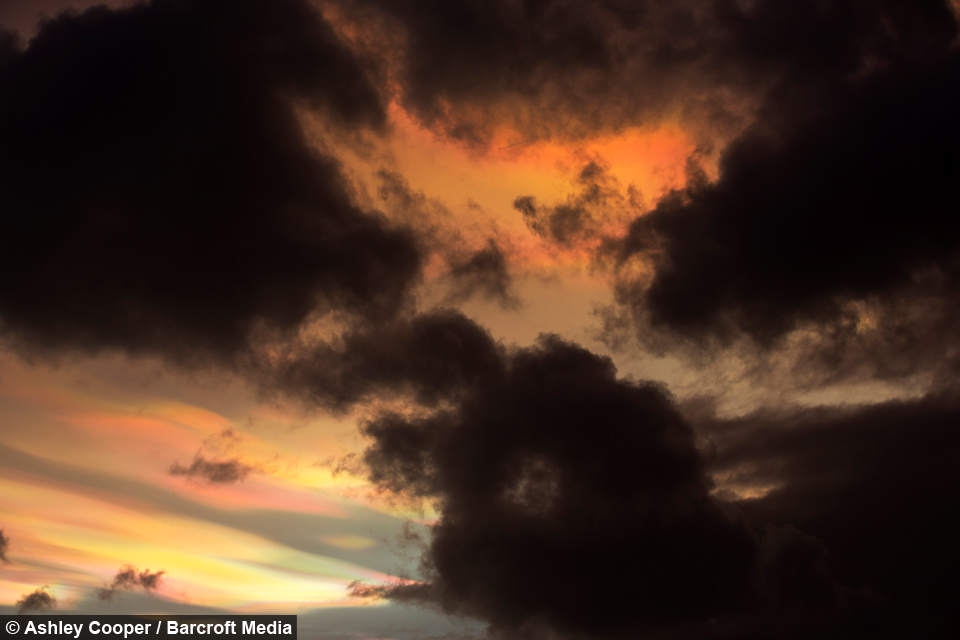 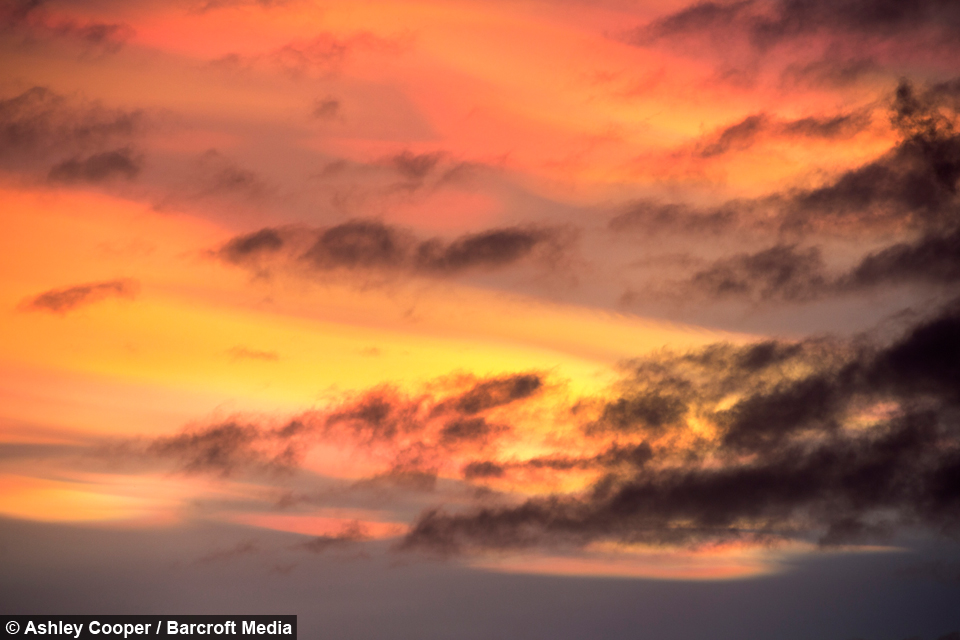