The pups are so young the red placenta can be seen against their snow-white fur.

The seal pupping season is well underway in Scotland as thousands of the mammals come ashore to have their young.

Anna Henly captured the 50-strong colony of seals in an undisclosed beach on the eastern coast of Scotland.

Pups clung to their mothers, their eyes barely open, as the mothers’ snuggled and sniffed their young to form a tight bond.

Some are covered with a yellow liquid known as amniotic fluid – but their coat will turn white with time.

Breeding season for grey seals begins in September and pups are born from the end of the month to December.

Anna said: “The beach was very noisy. The mothers were squabbling with each other and calling their young.

“They would go out for a swim, return to the beach and then feed their young.

“The pups would sleep most of the time.”

An estimated 40 per cent of the world’s population of grey seals breed around Britain – 90 per cent of which take to Scotland’s shores to give birth. 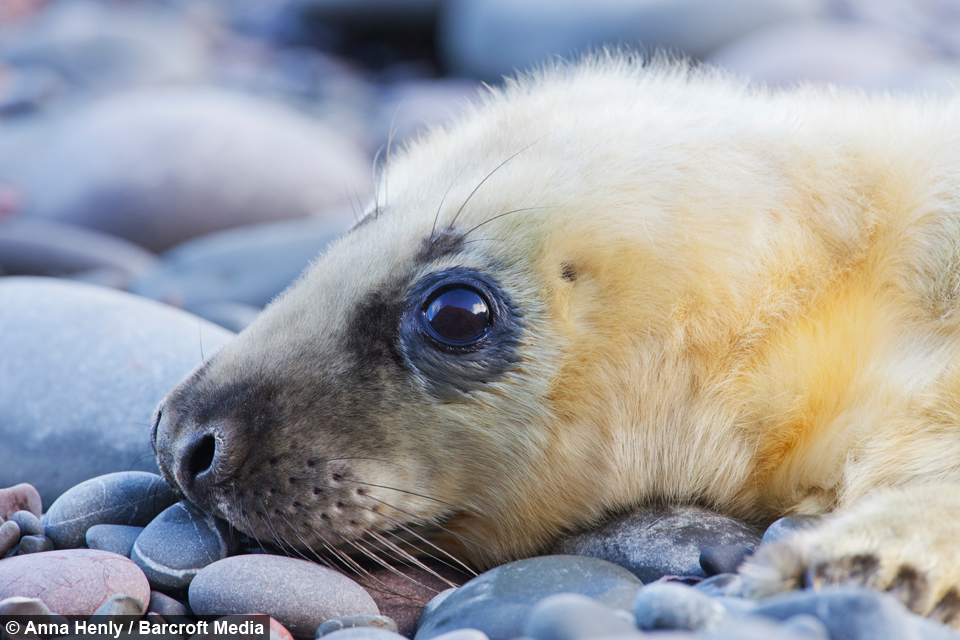 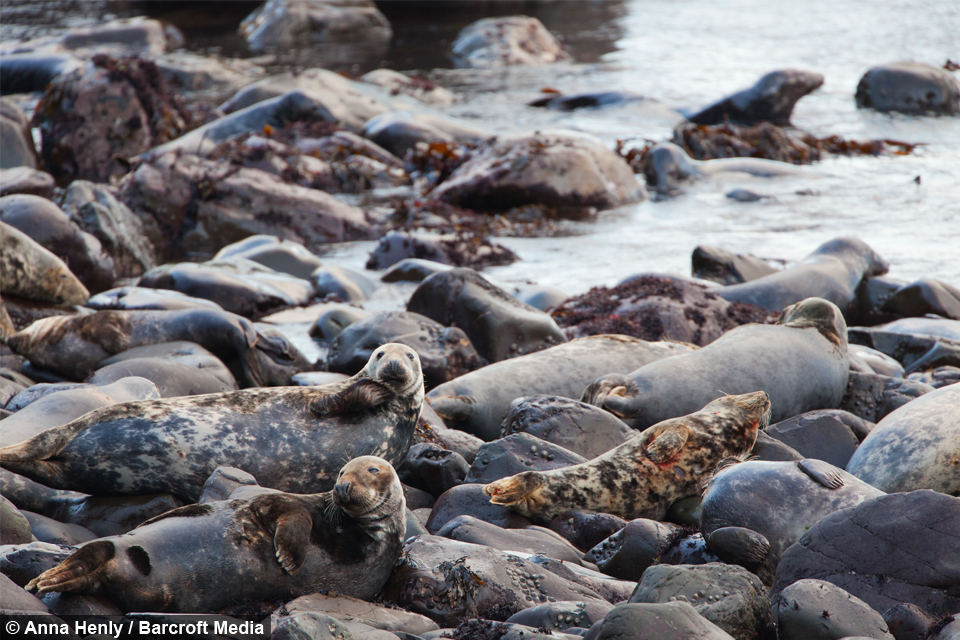 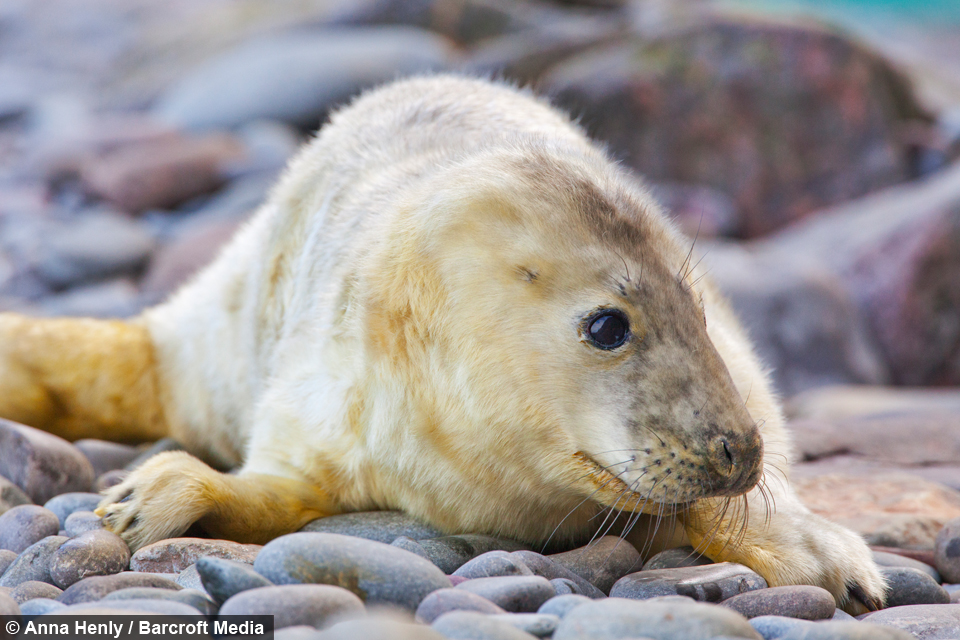 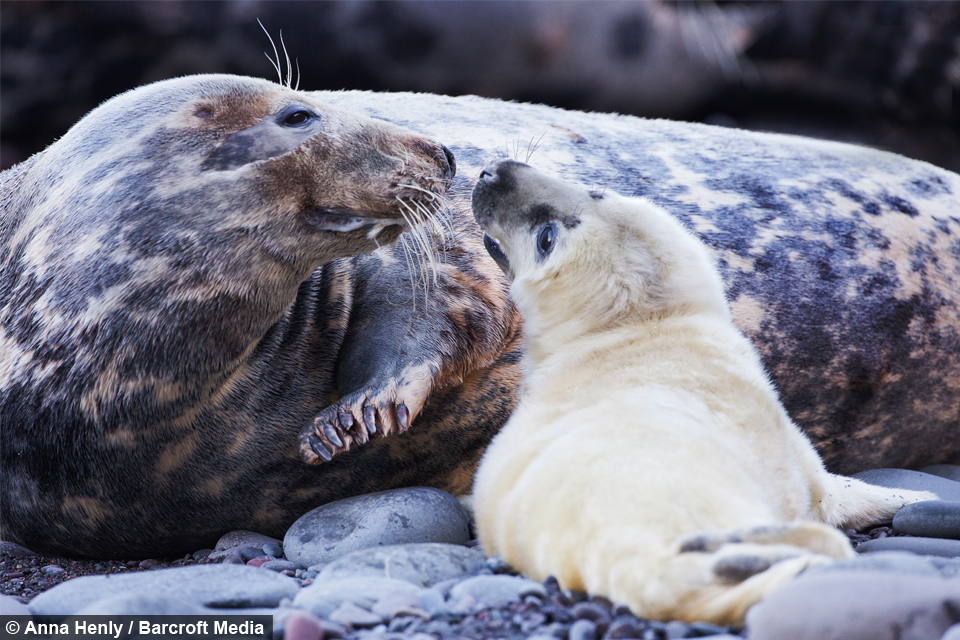 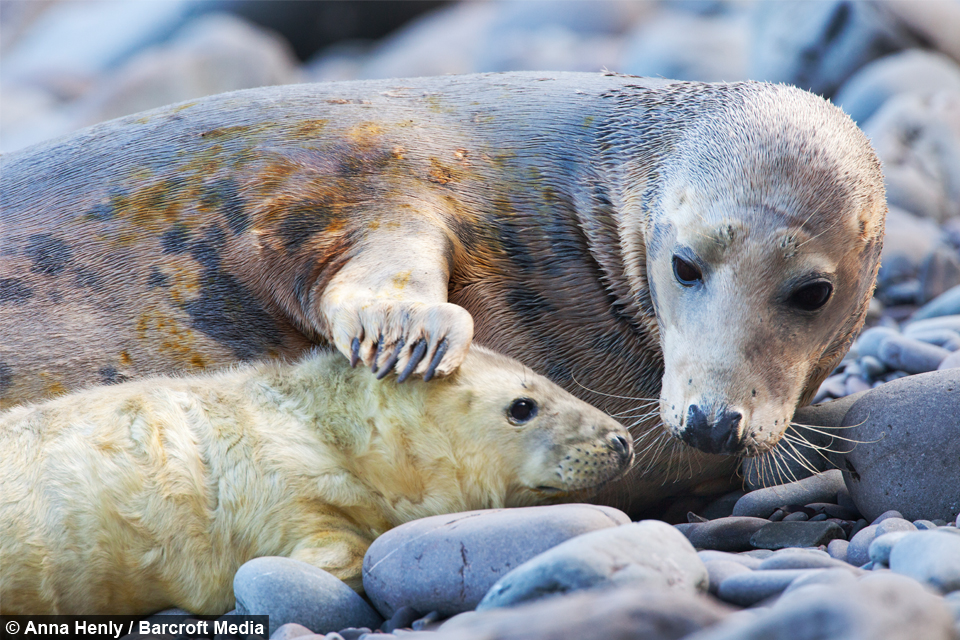 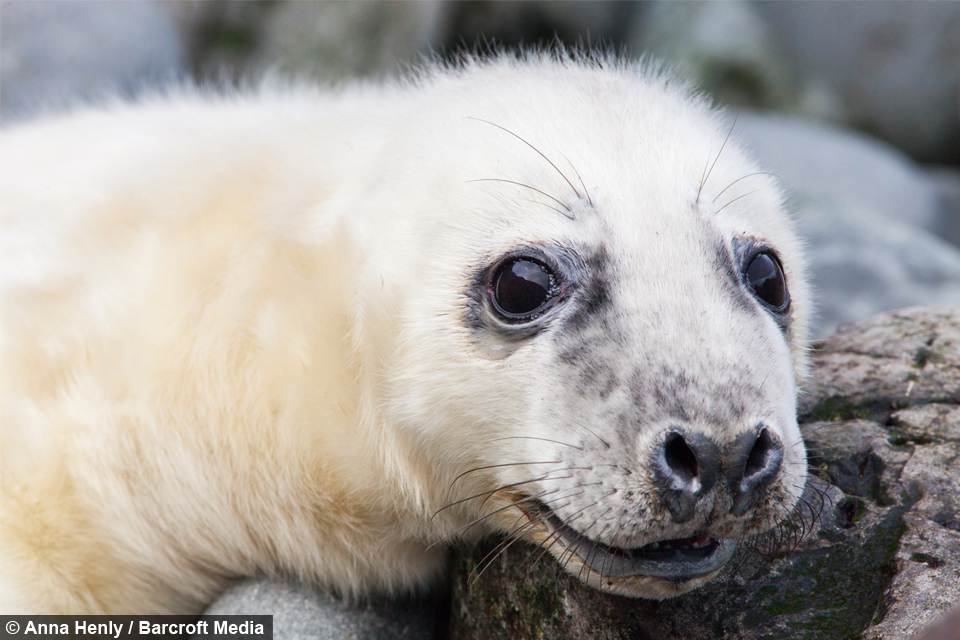