A photographer's patience paid off when he caught a green cat snake in the process of killing and swallowing its prey.

The moment was captured on camera at the Buxa Tiger Reserve in Alipurduar, India, by snake enthusiast Avrajjal Ghosh.

The green cat snake paralyses small prey with its mild venom - delivered via its rear-fangs.

The nocturnal species usually lives in forests and feeds on lizards, geckos, small rodents, frogs - and even other small snakes.

Ghosh, who is currently working on the distribution and habitats of snakes in India, managed to photograph the rare act after weeks of hard work.

"Every year, I visit the Buxa Tiger reserve at least four to five times because of its rich diversity of reptiles and amphibians," he said.

"Last time, I found a roadkill of this beautiful snake but did not get any live specimens, so this time, to find a green cat snake, was on the top of my list.

"On the fifth and final day of this trip, in the evening, while looking for a particular frog, I suddenly saw some movement in a bush nearby.

"As I went to check, I saw it. An adult green cat snake with a gecko it had caught."

The moment lasted only for about four to five minutes, according to Avrajjal, after which the snake slowly disappeared into the thick undergrowths of the forest.

And despite the gecko's size, the snake wasted no time in polishing off his freshly-caught meal.

"I couldn't see which particular bent-toed gecko it was, as the snake was too quick to kill and swallow its prey," he added. 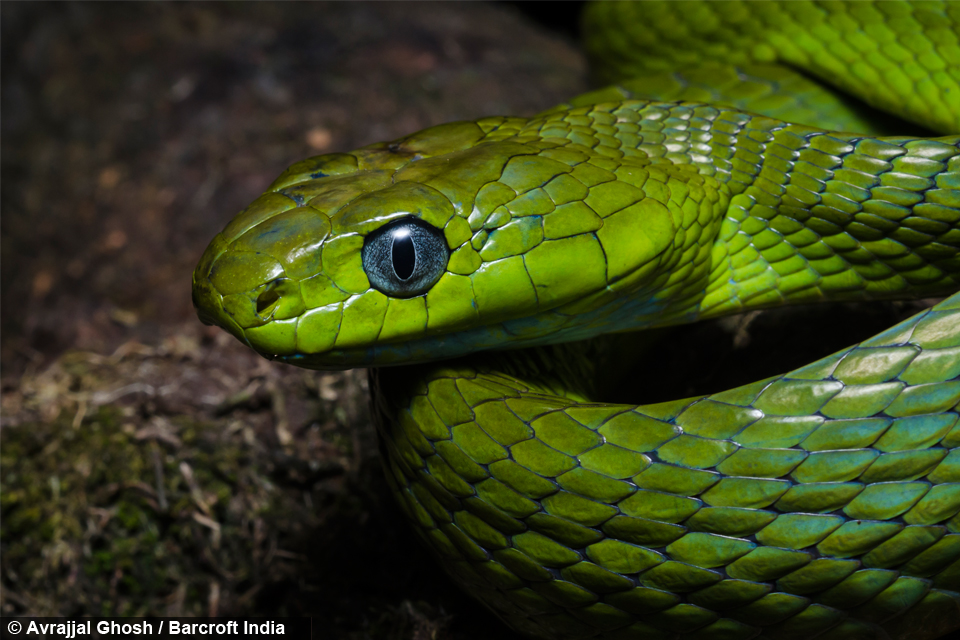 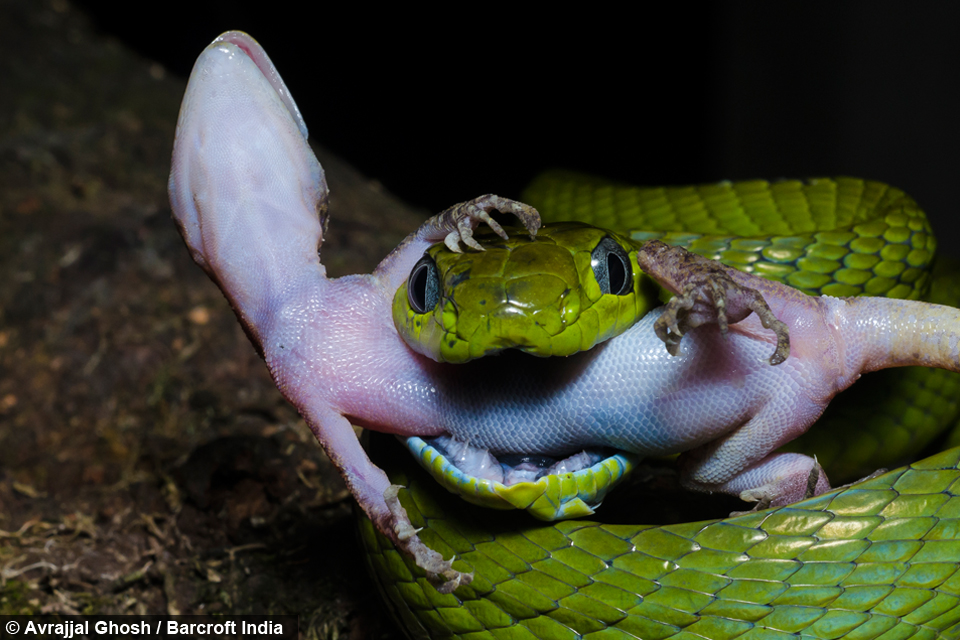 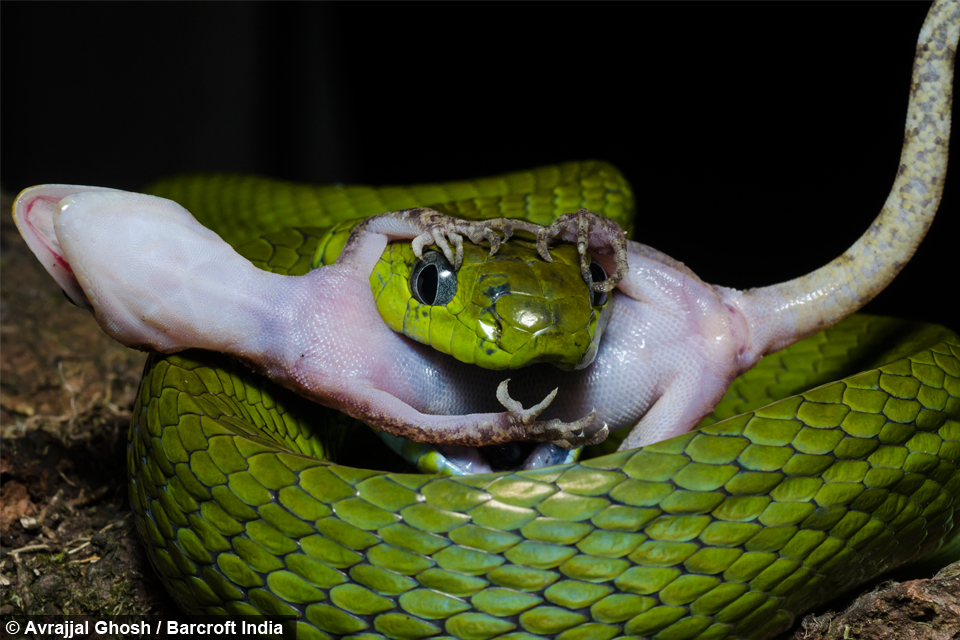 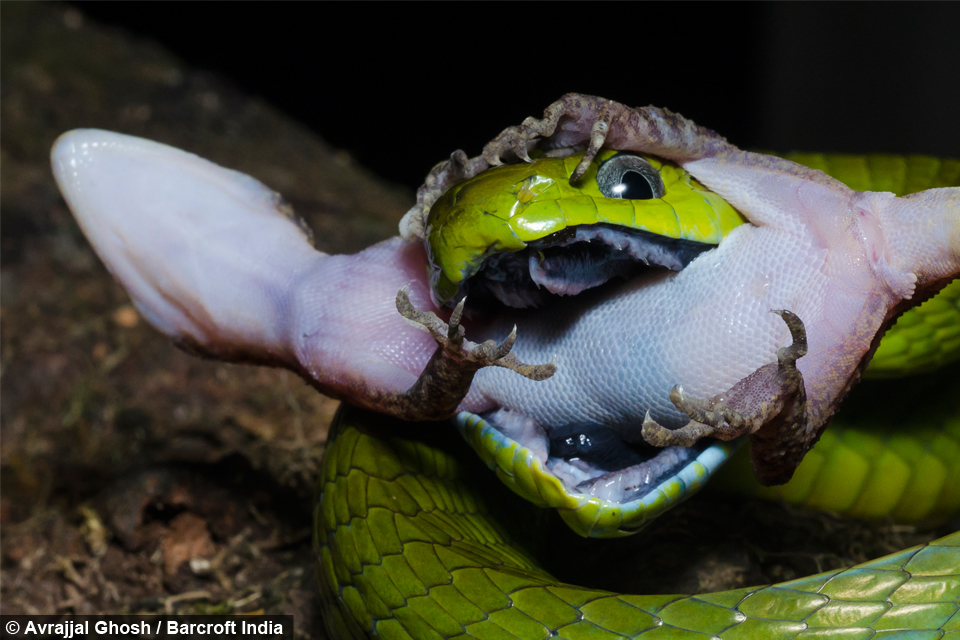 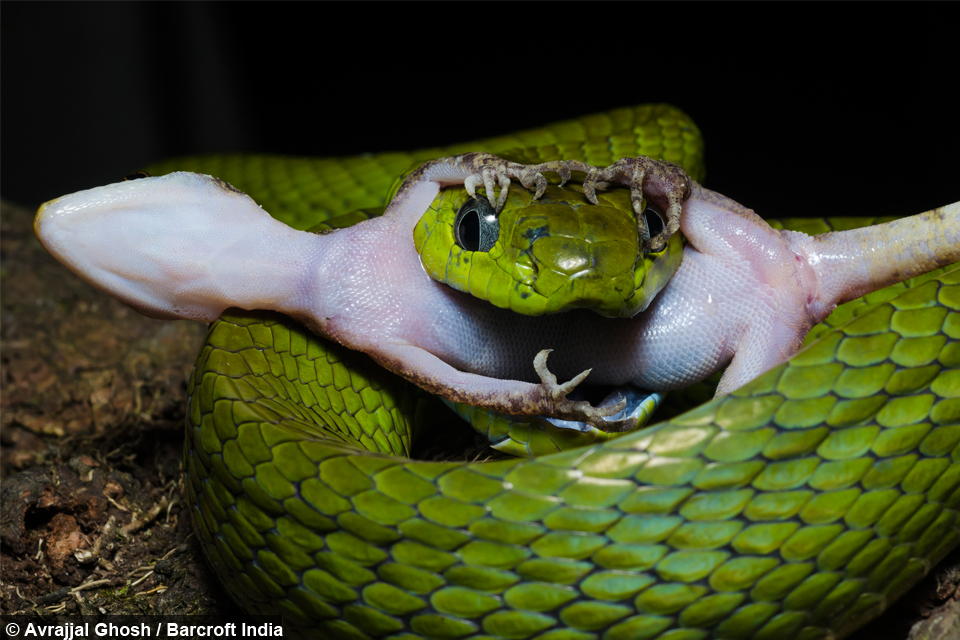