A snake fought, wrestled and then ate a crocodile following a dramatic five-hour long battle

The incident was captured on camera by author Tiffany Corlis at Lake Moondarra in Queensland, Australia.

The snake - thought to be a python measuring around 10ft - constricted the croc to death, before dragging it to shore and eating it whole in front of a shocked crowd of onlookers.

Tiffany, from nearby Mount Isa, was enjoying breakfast at the idyllic spot when a group of canoeists alerted her to the fierce fight.

She said: "When we reached the water's edge the snake had wrapped itself around the croc and was tightening its grip.
"The croc was still alive at this stage and was fighting to keep its head above water. Before long the snake had successfully killed the croc and then somehow dragged it to the bank, where it moved to the front of the croc and started to eat it, face first."

Tiffany - who had travelled with friends and family to the lake that Sunday morning - says it took the snake 15 minutes to eat the crocodile. She added: "It was truly amazing. Our kids were very excited to see this event unfold in front of them and not on a nature channel."

Another witness, Alyce Rosenthal, told local media that the two creatures actually fought for about five hours, adding: "It's not something that you see every day." 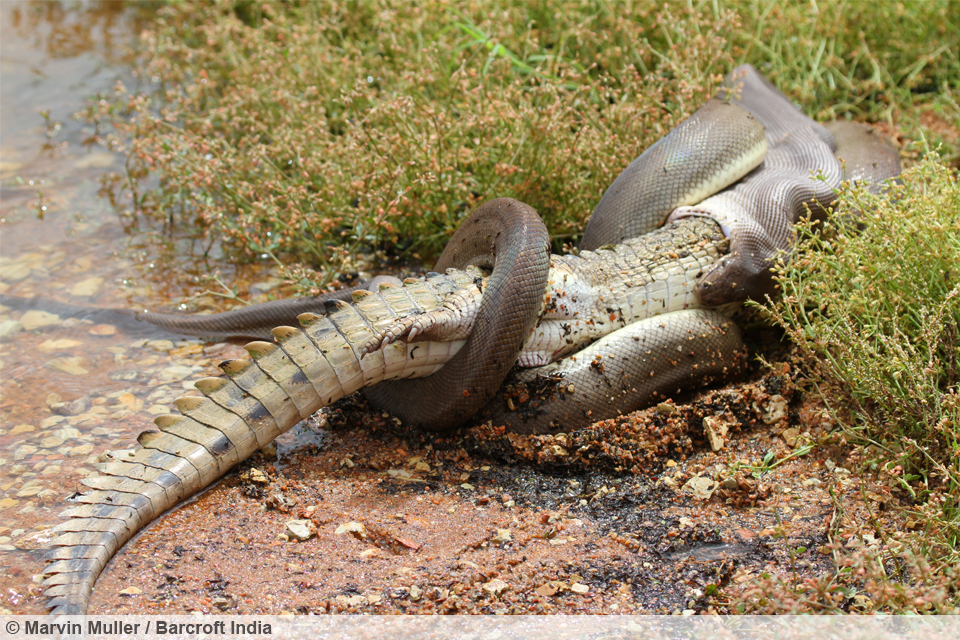 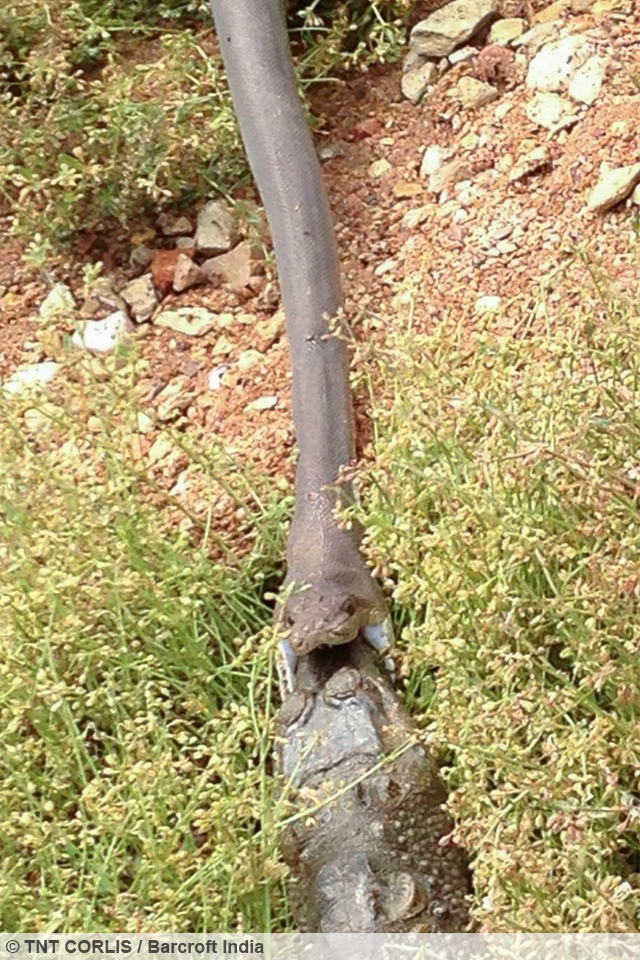 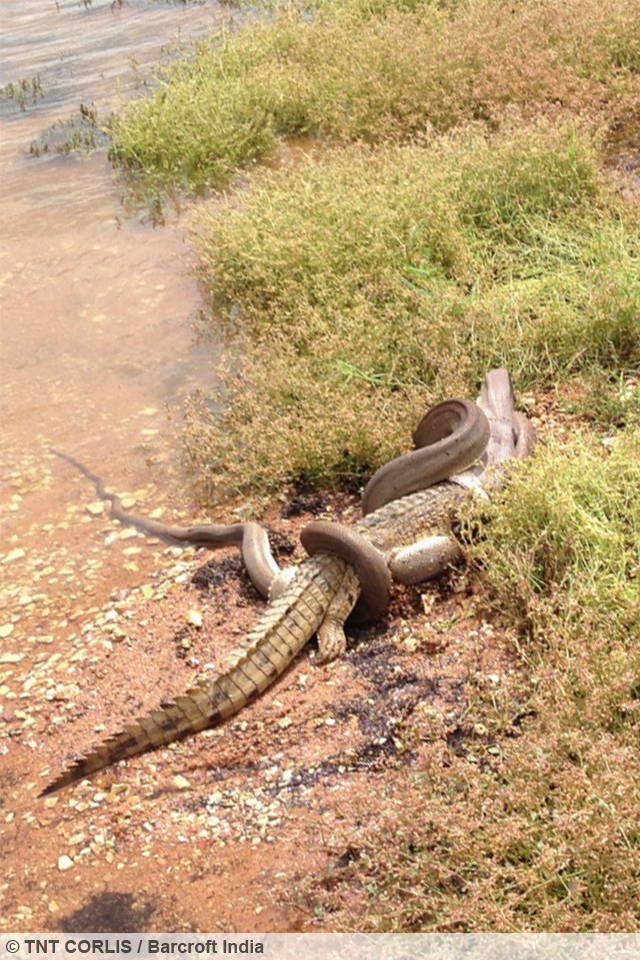 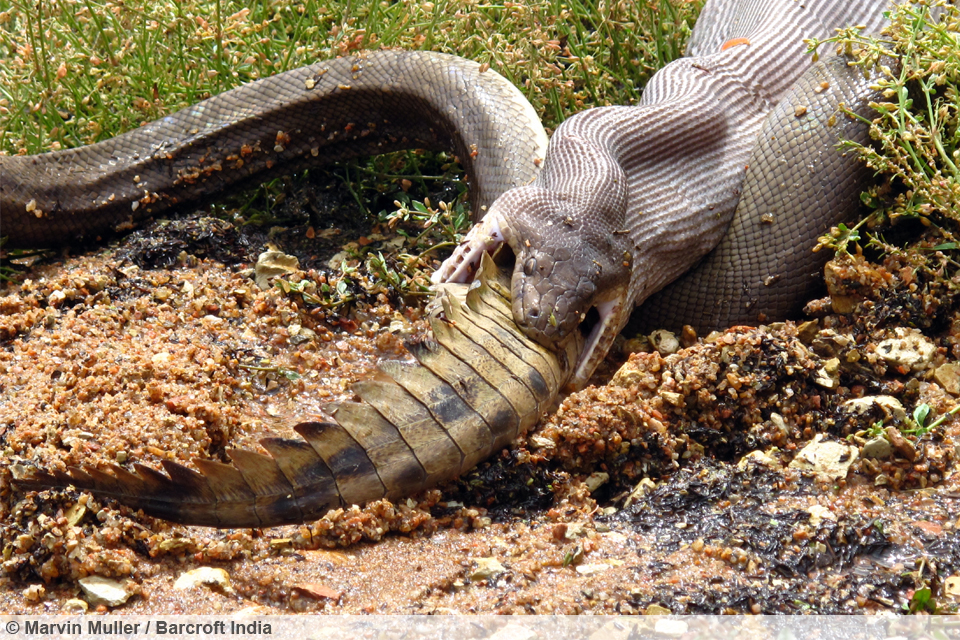 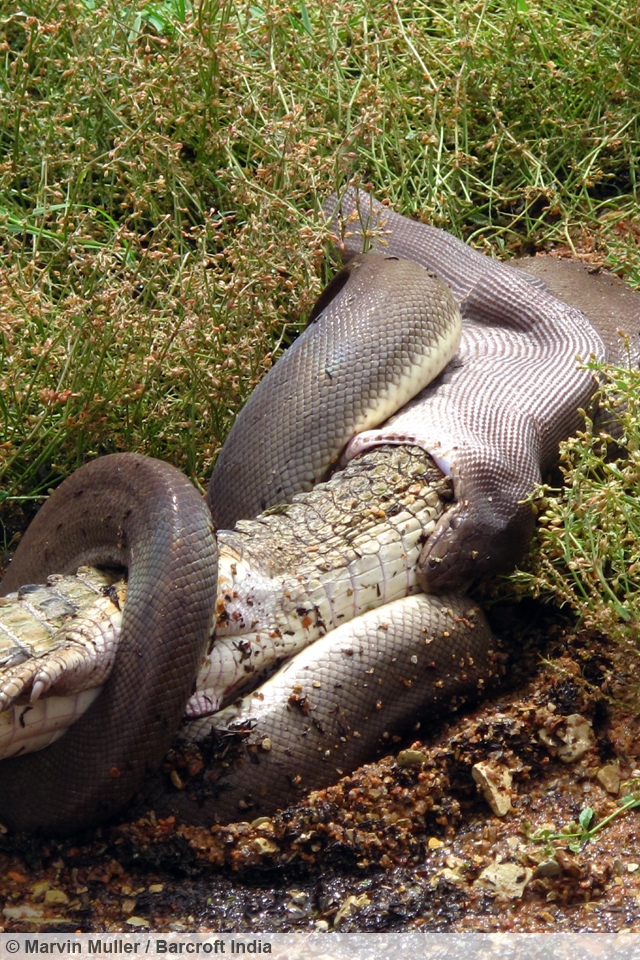 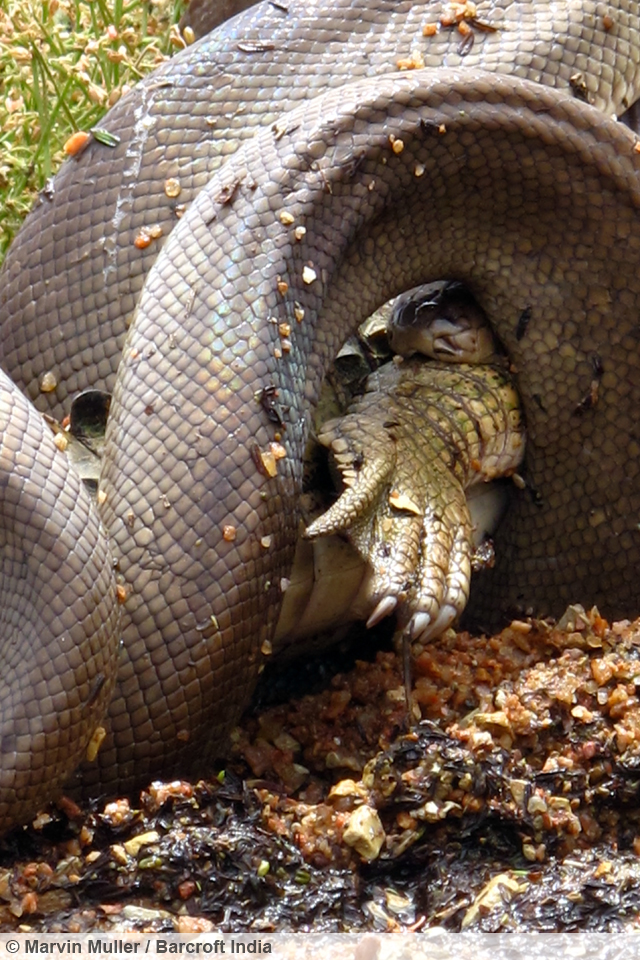 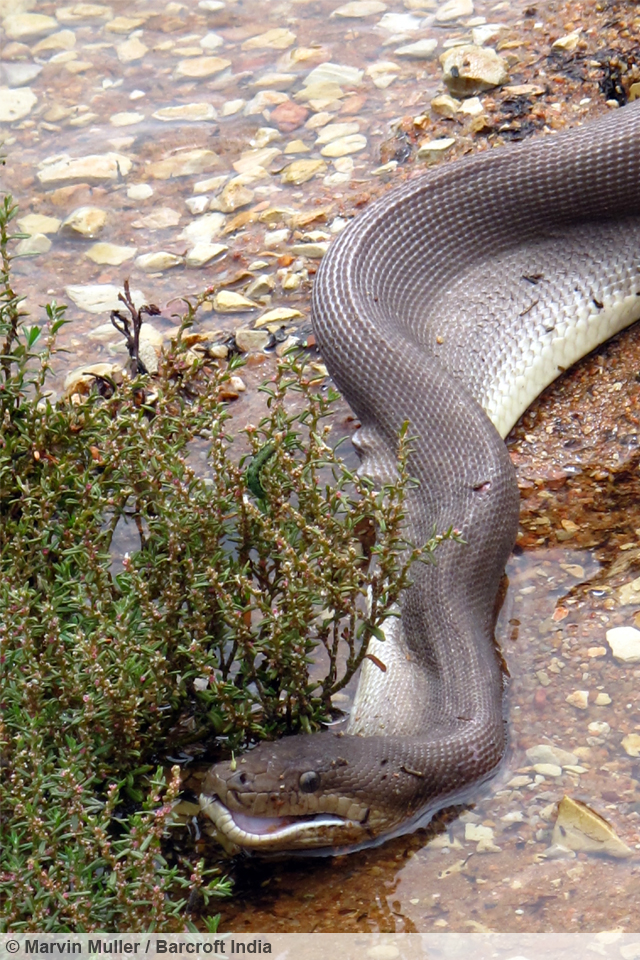